Survivor Season 37 Spoilers: Which Tribe Has The Advantage Going Into The Merge?

The latest castaway voted out of Survivor: David vs. Goliath talks about making people proud, playing an honest game, and the appeal of a great jacket.

With the Survivor: David vs. Goliath Tribe swap upending the game for the Davids, another underdog was sent packing this week following a particularly brutal Immunity Challenge. This means heading into next week's milestone Merge, the Goliaths have an advantage if they choose to remain "Goliath strong."

While Lyrsa Torres was able to put her best foot forward in the very first challenge of the season, once she wound up on the newly formed Jabeni Tribe, she found herself targeted not for her strong gameplay, but for something far less obvious: her jacket.

Even though she survived last week's Tribal Council after a close call with Natalie, Lyrsa wasn't so lucky this week. We caught up with the latest cast-off to talk about where her game went wrong, reconnecting with her people in Puerto Rico, and what is just so great about that now-infamous jacket. 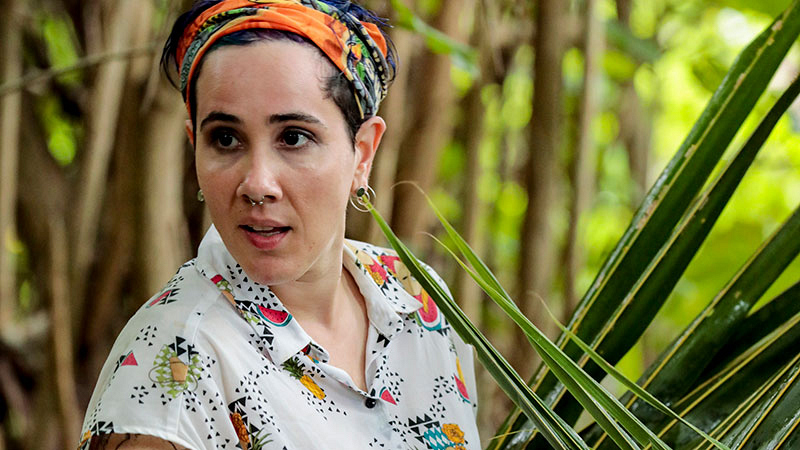 Before getting into last night's episode, let's go back to the very beginning. You and Christian had to compete in that first Reward Challenge on the boat, and you guys killed it. What were you feeling, not only being selected by the Goliaths as the "weakest," but then proving them wrong?

Lyrsa Torres: From the get-go, as soon as Jeff said they got to pick, I knew it was going to be me. I'm the one that put the target on my back. I'm tiny, I'm chunky, of course they're going to pick me. And it felt so good to win the challenge. So good. Because I really love to prove people wrong.

And mostly because what I had in my mind while I was doing the challenge was, "My mom is watching this. My partner is watching this. Puerto Rico is watching this." I want to represent and win this—not [just] to prove these people wrong, but for my people watching me at home. I want them to feel proud about me.

I think that was the thing that kept me going on that challenge. I want to make my people proud. 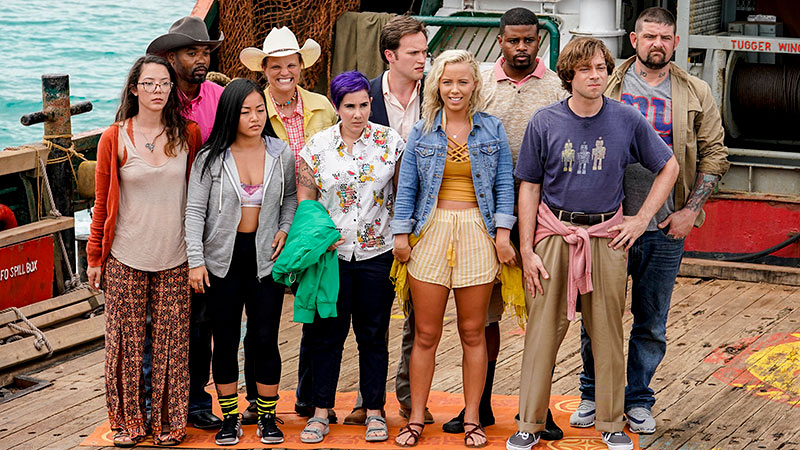 Take us through the Immunity Challenge from last night... which didn't go quite as well as that first one.

That looked incredibly tough. What do you think went wrong for you guys?

Lyrsa: To be honest, that saucer was extremely heavy. I mean, [Tiva] had Johnny Mundo and Dan, come on! They're muscle.

And [Vuku], they had Davie, they had Alec. I don't want to diminish my Tribe, but it's me, Mike, Nick, and Angelina. The saucer was heavier than the four of us combined. [Laughs.] It came down to that.

We prepared, we said, "We're going to walk this way, we're going to do this, you're going to go onto this beam," but at the end, it was the weight of the saucer.

It looked super heavy, even just watching at home.

Lyrsa: It was, I was not expecting it to be that heavy. 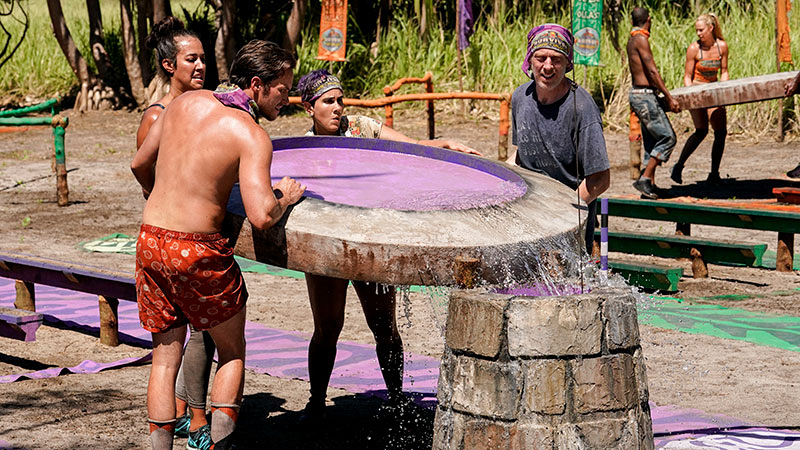 After that, when you guys knew you were going to Tribal Council, it was really surprising that you didn't lie to Angelina's face when she asked if you would flip and vote for Nick. Why did you choose to be truthful instead of lying, not only in that instance but the game as a whole?

Lyrsa: I think that was my mistake there. I went into the game trying to be as honest as I could, not lying to people because that's the way I am in real life. And now I see it and I'm like, "Man, this is a game of deceiving people." I should have lied more. I should have told her what she wanted to hear.

But at the same time, Nick was the only person I trusted because [Angelina] wanted to vote for me... for a jacket. So how I am I going to trust [her] and work with [her] when she wanted me out for something very stupid?

I know it was cold, but to me, that was very stupid. So that was more my emotions talking. I let that happen. I should have lied to her. But to be honest, I was never going to vote for Nick. I was loyal to him and that's the way I wanted to carry myself in the game, as a loyal person.

I said that in the beginning, that I was going to be loyal to my people. And my downfall was that. In real life, it's a great quality to have, but in this game, it's not. 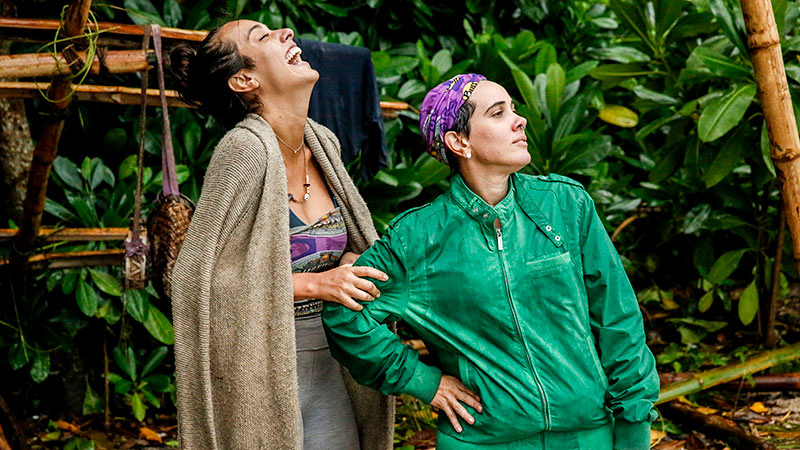 Since you brought it up: what is so great about your jacket that Angelina wanted it that badly?!

Lyrsa: I don't know! To be honest, it keeps you really warm and it was raining all the time. Because of the material it's made of, it dries super quick. She had a wool jacket or something like that. So her coat/jacket took a long time to dry and mine was dry five minutes after the rain was over.

I don't know why everyone was so obsessed with my jacket! It's just a jacket. I really don't know. It's a great color? I love the color.

It's a nice-looking jacket, for sure.

Lyrsa: It is a great jacket, man. I'm telling you, I had no idea the jacket was going to be the star of this show. [Laughs.] 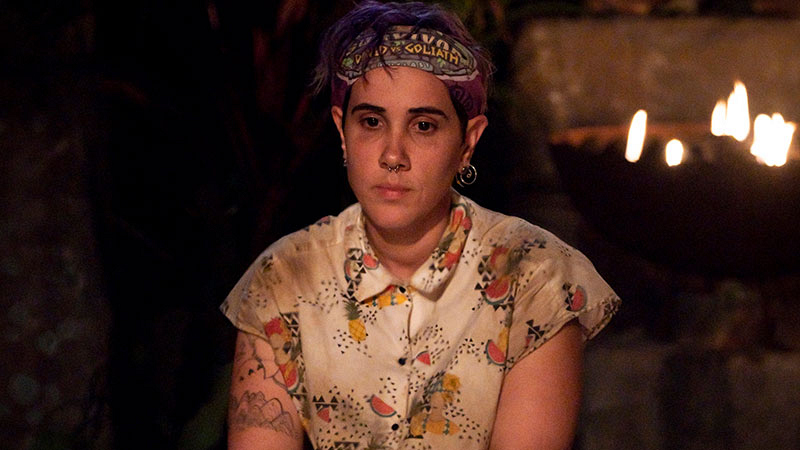 So now that you've watched back the season so far, do you have any regrets about how you've played the game?

Lyrsa: Yeah, I should have played with more malice. In real life, I am very loyal and very honest, but I don't trust people. I always think that you want something from me and that's why you're talking to me. But I don't know you.

If you approach me, I'm like, "Why are you talking to me? What do you want from me?" And I should have played with more malice in this game and lied more. That was my downfall; I was trying to be nice.

I didn't want people to hate me. You don't want that, you don't want to be that person that everybody hates. So I tried staying true to myself and who I am outside of the game and that was my downfall.

If I ever play the game again—which, hey Jeff, I am so willing to play this game again... I'm hilarious and great TV [Laughs.]—I will be a badass. I will lie to everybody. I will play with malice. I will be ruthless. 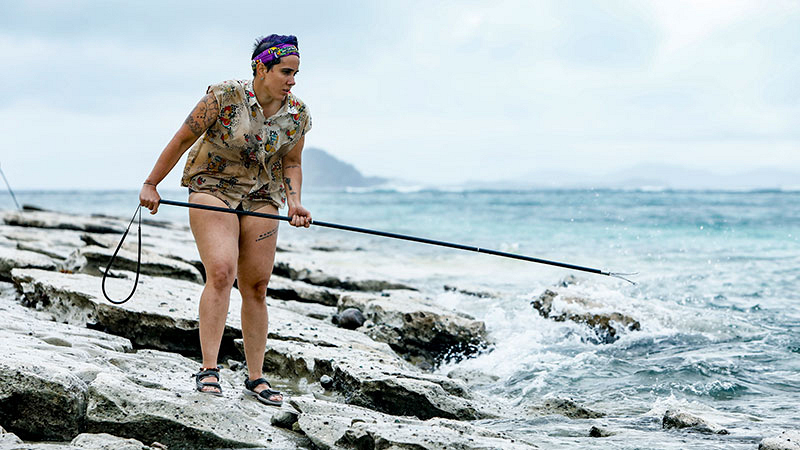 How did your expectations of playing Survivor match the reality of the experience?

Lyrsa: The living situation was exactly what I expected. What I was not expecting were the challenges to be as hard as they were at some points. Because you're sitting on your couch at home and you're like, "I can do that! Sure, I can carry that! I'm great at puzzles!" And then when you're there, it's like oh s***, this is way more difficult [than it looks].

So I was very naive about that part. The part of probably not sleeping? I knew that. Not going to be eating? I knew that. The weather didn't bother me at all. What you didn't see is before getting evacuated for the second storm, I was actually outside of the shelter, hanging out and looking at the waves, looking at the rain, and Angelina was like, "Come in!" 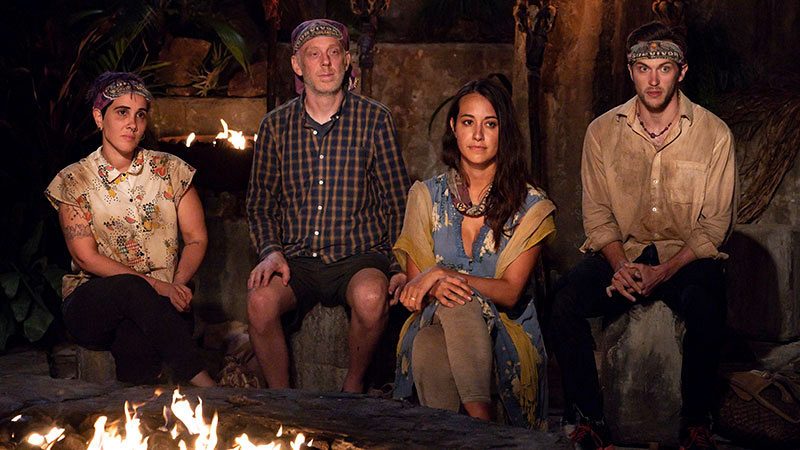 We're going to get wet anyway, so why? Let me enjoy the moment. It was also a way of me connecting with my people from Puerto Rico after Maria, the hurricane. I think that was my time to reconnect back with my people when I was out there, but you didn't get to see that.

I really like storms and atmospheric situations, but the way I saw it was, I wasn't in Puerto Rico for Maria. And we had a lot of devastation, a lot of people died, and we were not expecting it to be that hard. And I wasn't there, and I felt disconnected, but I think this experience made me connect more to them on that level. 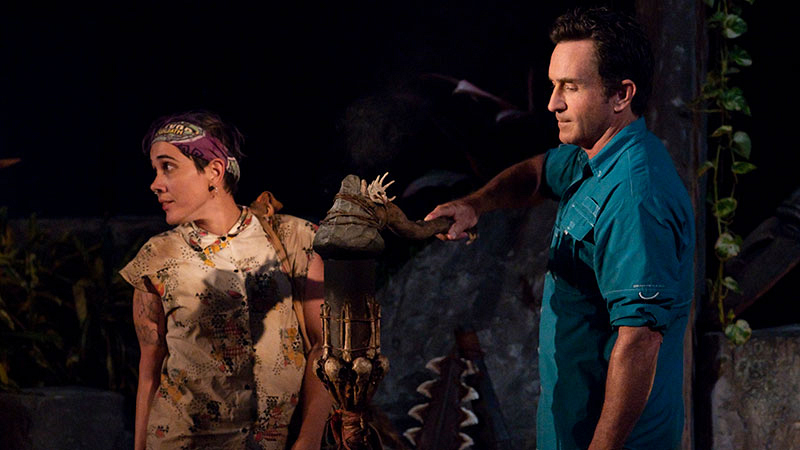 What would you say you learned about yourself during your time on Survivor?

Lyrsa: I learned about appreciating life as it is. When you're out in the world, you take everything for granted. Even the simple things like toilet paper.

And now, I see the world very differently. I'm very grateful for this experience. I enjoy life more, I enjoy what I have, and I don't dwell on what I don't have. 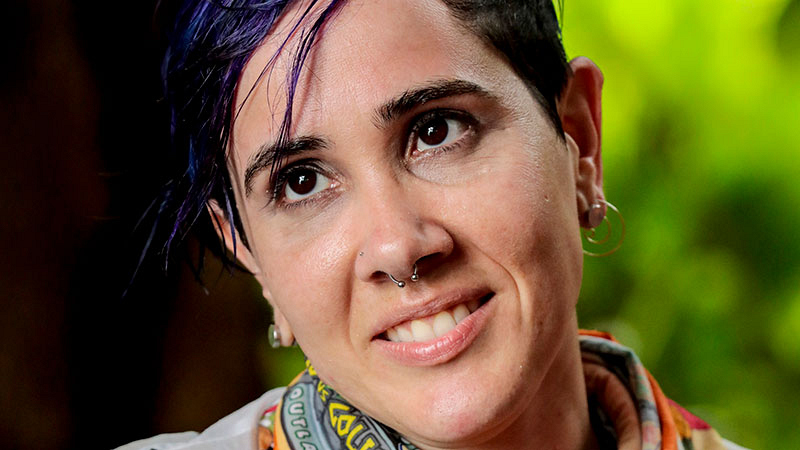