We caught up with the latest cast-off to talk about their abrupt exit from the game and what they took away from their experience.

The castaways of Survivor: David vs. Goliath have been hunting down Hidden Immunity Idols and Secret Advantages all season long, and now that the Merge has happened, they are starting to get flushed out.

In the latest episode, after Dan won the Individual Immunity Challenge, it became clear that the Goliath alliance was planning to take down Christian, who had emerged as a serious threat to the game.

Angelina spearheaded the vote for Christian in an effort to take the target off of herself after she broke the bonds of trust with her alliance in last week's episode, when she told Elizabeth which way the vote was leaning.

At a confrontational Tribal Council, votes were cast, but before host Jeff Probst was able to read them, David alliance member Davie stood up to use his Hidden Immunity Idol to protect the Goliath's target, Christian. 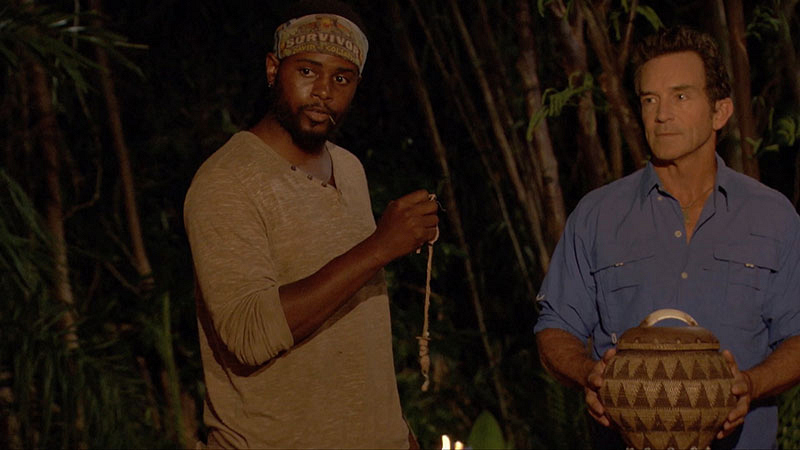 Angelina, concerned that this meant the remaining votes would lead to her exile from the game, convinced Dan to play one of his Hidden Immunity Idols to protect her.

It turns out both alliances made the right move—Christian and Angelina would have been voted out had their alliance members not saved them.

Unfortunately, this meant that there was an unexpected blindside brewing... and the Mayor of Slamtown, John, was the target. 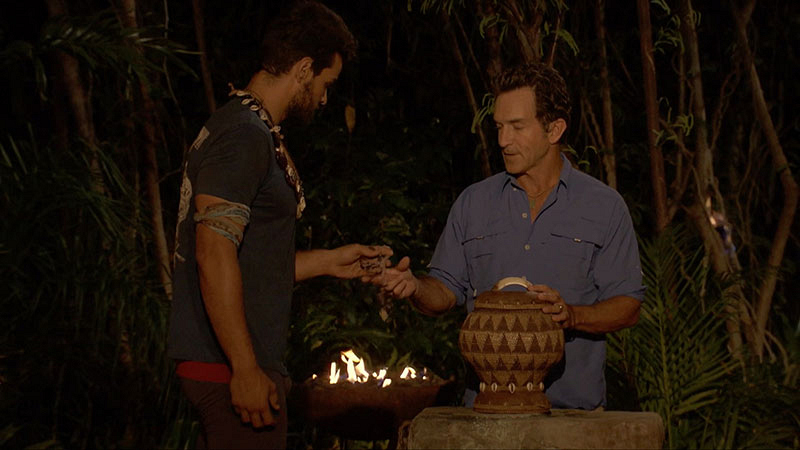 With only a few votes against him, John was sent packing in an epic #BrochachoBlindside.

We caught up with the latest cast-off to talk about his abrupt exit from the game, the government of Slamtown, and what he took away from his experience.

Talk about a blindside! Did you have any indication at all that your name could be the one to come up if Idols were played?

John Hennigan: No. [Laughs.] As much as I should have thought that through, clearly, because I did end up getting blindsided. I was overconfident going into that. I didn't think I was going to be on the block at all. I guess that's Big Brother, but I didn't think my name was going to come up. 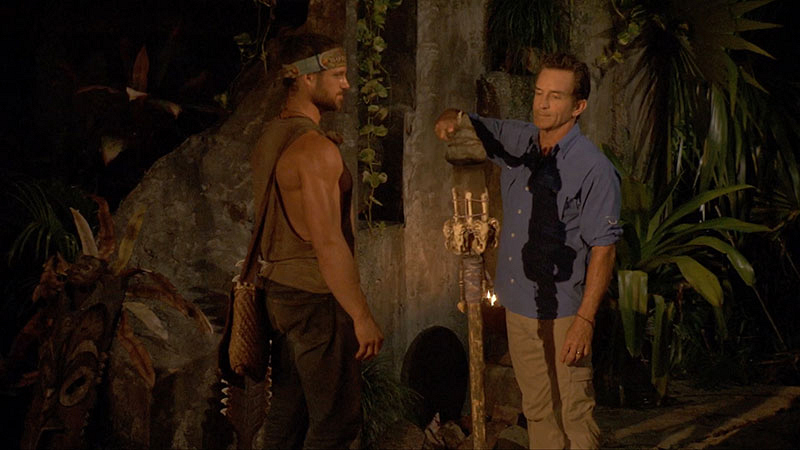 Had Tribal not played out that way, what was your long-term strategy going into the second half of the game?

John: From the beginning of the game, I was trying really hard to downplay myself as a physical threat because I thought that would be people's first perception of the Mayor of Slamtown.

I was trying to stay under the radar as much as possible, minimize my threat level, and establish relationships with everybody. Not necessarily strategize with everybody, because I didn't want to be perceived as conniving, I guess.

Going forward, I was hoping that the authentic relationships I built with people would help me get myself to the end. 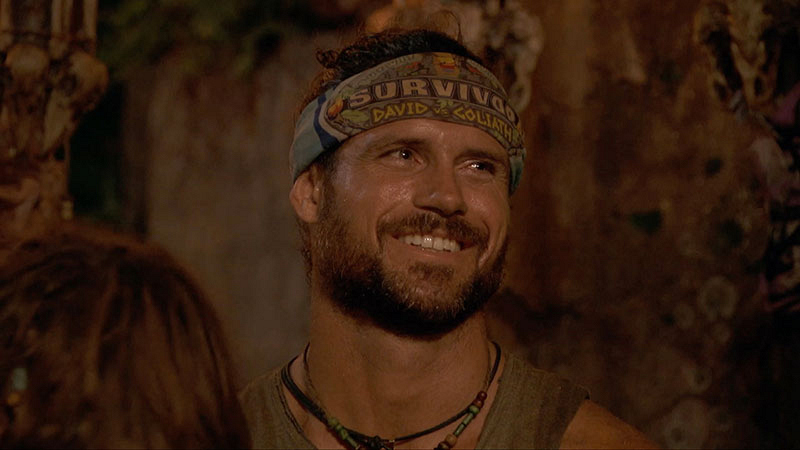 Watching the season back so far, with that in mind, is there anything you can point to that you wish you had handled differently?

John: It seems pretty apparent that the authentic relationships I thought I was building were less important in deciding who's going to go than building strategic relationships and talking game.

So I think an authentic relationship on Survivor might be better characterized as, in addition to life stuff and getting to know somebody, it's strategizing and talking game too. 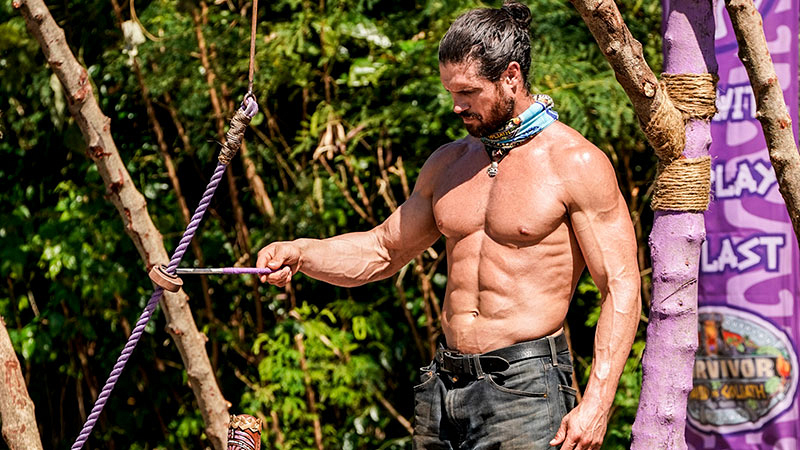 Being a pro wrestler keeps you in good physical shape, of course, but was there anything that surprised you about the physical side of Survivor? Anything you weren't prepared for?

John: I kind of got my ass kicked by the balance stuff. In general, I have very good spatial awareness and work on a lot of stuff that requires balance ability and coordination, stellar proprioception, and all those fancy fitness buzzwords.

But I think the Challenge on last night's episode, for example, balancing on the wood was a lot harder for me than I anticipated going in.

Sometimes I think the calorie deprivation left me lethargic and affected some of my neuromuscular connections, but sometimes I think, maybe I'm just justifying things and maybe I should have just practiced balancing more. [Laughs.] 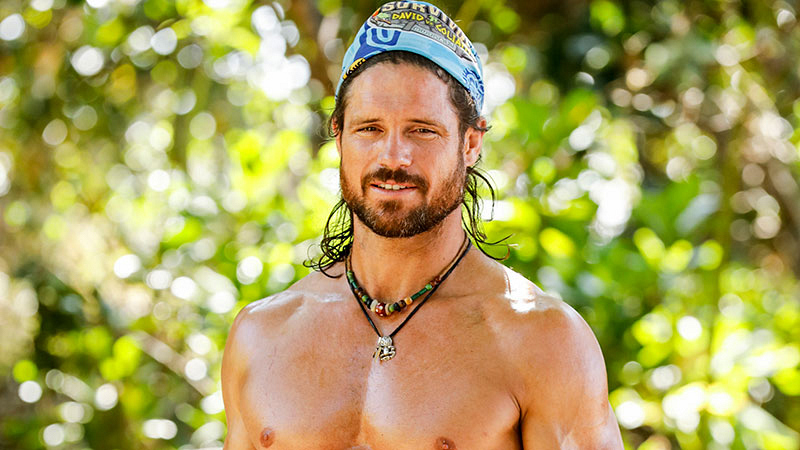 Can you talk a little bit about the bond you formed with Christian? It was pretty amazing to see you guys hit it off, and you were a pleasure to watch. Was that one of the authentic relationships you just mentioned?

John: Indubitably. Christian is kind of a quirky, at times awkward, guy. And I feel very similarly about myself. But he's also got a lot going on, he works in robotics, he sometimes would describe things in terms of robotics, like buzzwords and things, which I really liked.

He's got a cool take on life, he's articulate and funny, and self-deprecating. All of that stuff are qualities that I see in myself, but that I feel like I value in people. 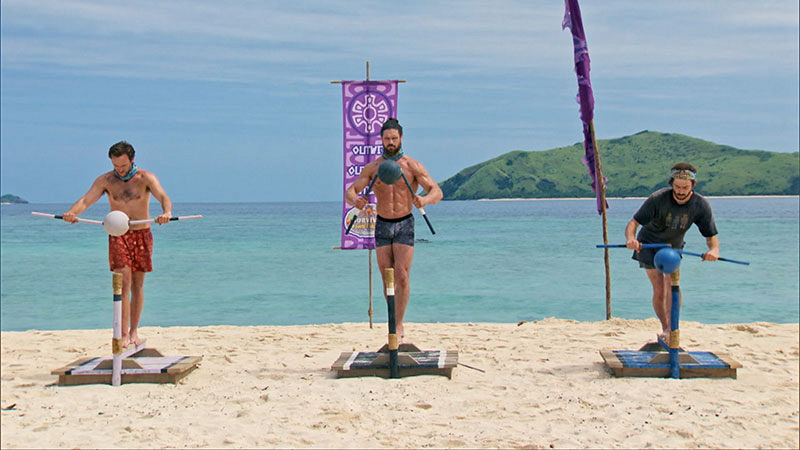 In your Ponderosa video, you said the game was a lot harder than you expected it to be. Can you expand on that?

John: You watch Survivor at home and it doesn't look easy. [Laughs.] I would never think that the game was going to be easy, but when it's you and you're out there and it's 24 hours a day and the game starts and the stampede of wild buffalos start running and you can't hide, it just goes and goes and goes.

So there's not really a mental reprieve or physical comfort or any of that stuff. The amount of time and lack of knowledge and control you have and are feeling out there was more than I anticipated. 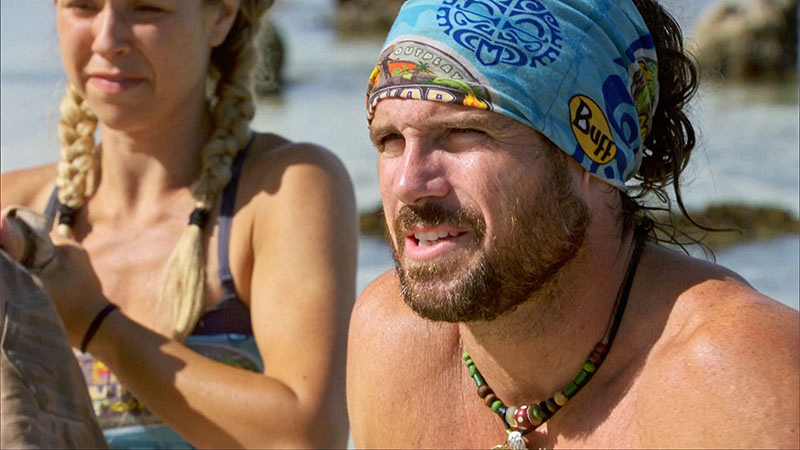 What would you say you learned about yourself during your time on Survivor?

But in general, though, I guess I learned that people usually have a lot more in common than they have different. Across the board, everyone that played this season came from really different places but I felt a common bond with everyone. Humans are more similar than they are different, and I like that. 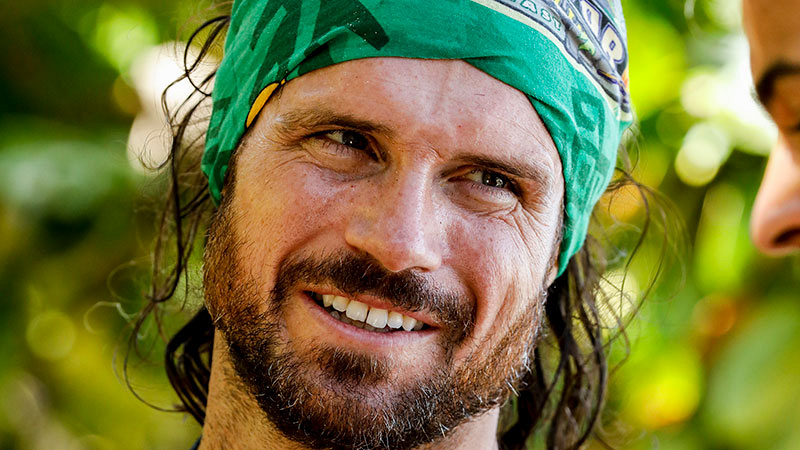