A history-making cast-off of Survivor: David vs. Goliath talks about their alliance flipping, a touching family reunion, and their fitting nickname.

Only a few days after making a history-making move by using the Idol Nullifier to blindside Dan, karma came back around for Carl Boudreaux after he got a little too bold in revealing his plans to members of his Tribe that weren't on his side.

Though he made it through harsh weather, Exile Island, and a tasty Reward Challenge he had to watch from the sidelines, Carl's torch was finally snuffed during the double elimination episode of Survivor: David vs. Goliath.

We caught up with Carl to talk about his game-changing move against Dan, his alliance members flipping, and what he thinks of being called "The Godfather." 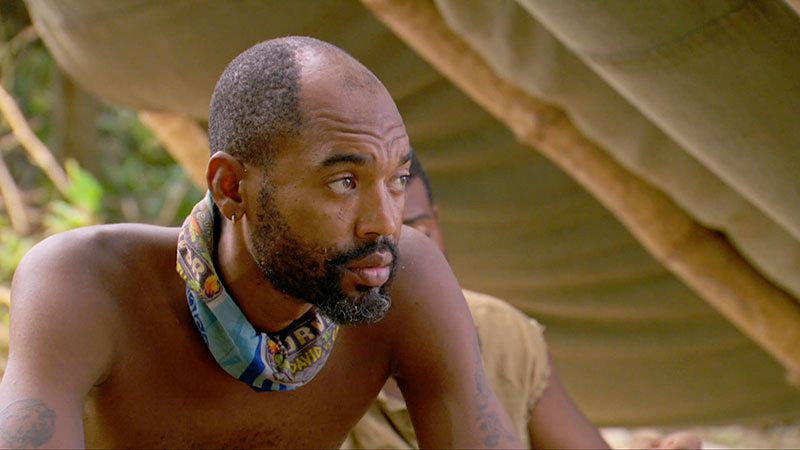 You're officially part of Survivor history thanks to your playing of the Idol Nullifier—as a fan of the game, what does that mean to you?

Carl Boudreaux: Oh, it means a lot, man. Hopefully, everybody will remember me for that move. First time ever, so that's a good thing. Real Survivor fans will never forget it.

It was an awesome moment to watch, but how was it seeing Dan face to face at Ponderosa after getting him out of the game in such a memorable fashion?

Carl: I mean, it wasn't bad. When you get to Ponderosa, it's almost like a breath of fresh air. You're back to reality. So it wasn't bad seeing him, you know?

I had to apologize to him, obviously. We were all there for a million bucks. When you go out, it sucks. Myself, I don't hold any grudges. So I just hope that everybody else feels the same way. 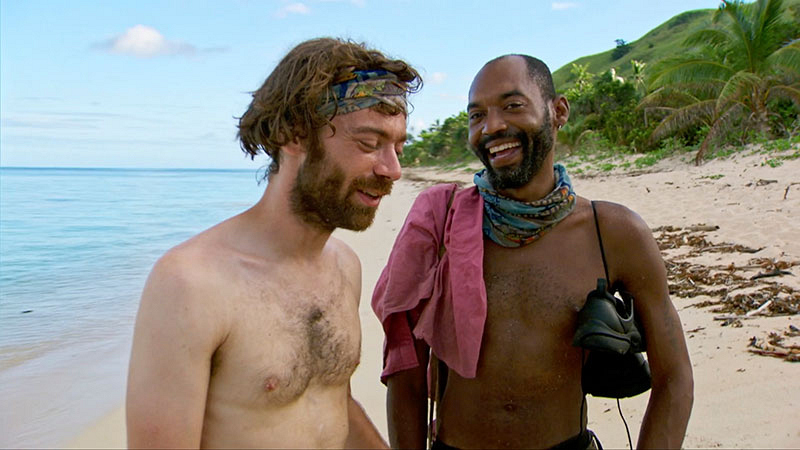 Some of the other castaways took to calling you "The Godfather." Do you think that nickname was fitting for you?

Carl: Oh yeah, absolutely, man. I actually like the name! Who wouldn't like to be called the Godfather? That means you're in control of things, you're the man. So yeah, I love that name.

You were pretty overt about who your targets were during the game. Was that an intentional move, strategy-wise?

Carl: At that particular point, yeah it was intentional. Let's get out the people who we feel are threats. It was no secret. Now, maybe I could have handled it a little bit different but no matter how I chose to handle it, I still wanted that person out. It just kind of was what it was.

My approach of being straightforward kind of got in the way, obviously, but it is what it is. I went to play the game as Carl, not be some character that I'm not, and that's what I did. I played as who I am. If I want something, I go for it.

At that particular moment, when I got voted out, I wanted Alison out so I went for it. It didn't work in my favor, but that's just the way it goes. 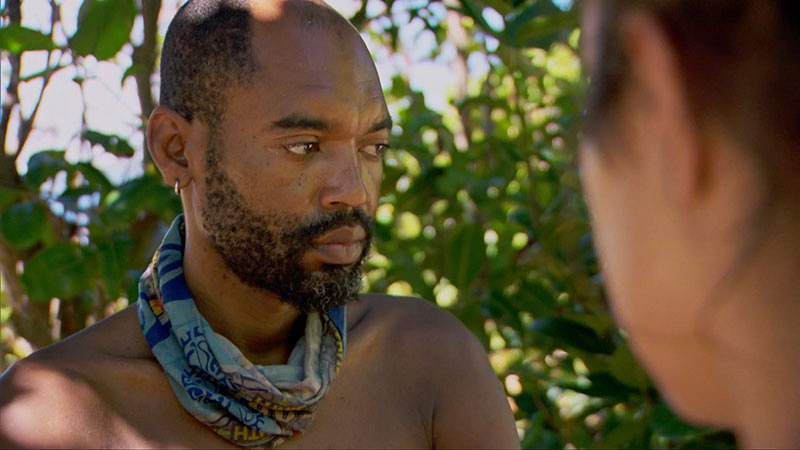 Watching the episodes back, is there anything you wish you'd done differently in the game?

Carl: To be honest, man, other than going all the way and winning the million bucks? No. I feel like I played an all-around good game. I made friends, I made decent allies, it just so happened that two of my allies flipped on me. There's not much you can do about that.

I think for myself, I played an overall great game. It just wasn't great enough to get me to the end.

The reunion with your wife at Ponderosa was great to watch. Was being away from her the most difficult part of the game for you?

Carl: Oh yeah. I would have to say yeah, absolutely. I love my wife to death. My wife is an amazing part of who I am today. She's always been my backbone. Through the good times and the bad times, she's never let me settle for failure. So being out there was kind of tough, I really did miss her.

Other than [the most difficult part] being [missing] my wife, I would have to say that weather, man. That was something no one could prepare for. 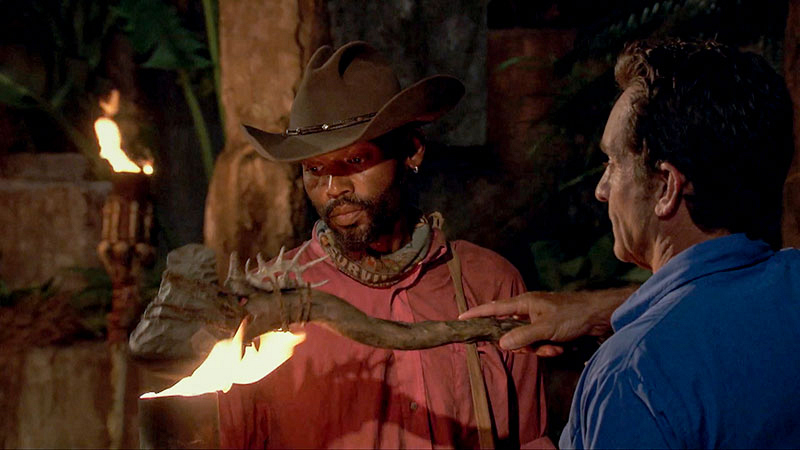 On the flip side of the Nullifier, you wound up having to go to Exile Island, and there was that crucial Reward Challenge you had to sit out. How does that affect your morale when you're out there, tired, hungry, and not catching a break?

Carl: Having to sit out that Reward Challenge, that was tough, because, for me, I always want to compete. Not having the chance to even compete in it, that took a lot out of me.

Because even if I was on the team that lost, I would feel a little bit better because I tried, I fought for it. But to not even have a chance? That was not a good place for me in that moment.

How did your expectations of playing Survivor match up to the reality?

Carl: It was unbelievable. That is the best, most awesome game that has ever been put on TV. I would play that game even if it wasn't on TV. That has to be the best experience ever in life. Playing that game really taught me a lot about myself. That game is awesome, it's epic. 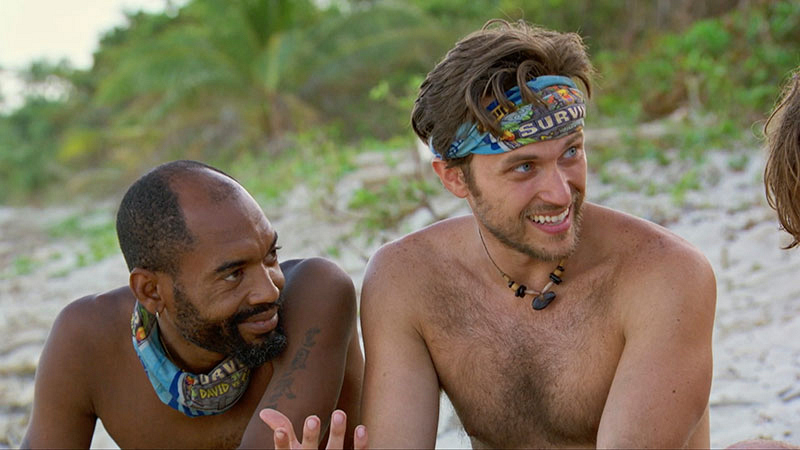 Can you expand on that? What would you say you learned about yourself?

Carl: I learned not to take anything we have in life for granted. Being able to come into my house and turn on a light or turn on the TV. Open the fridge and grab a drink.

After being out there and not having that, having all of that stripped away from you, it just opened my eyes, man. Just don't take anything in life for granted. There's always someone else out there that has it way worse than you do. 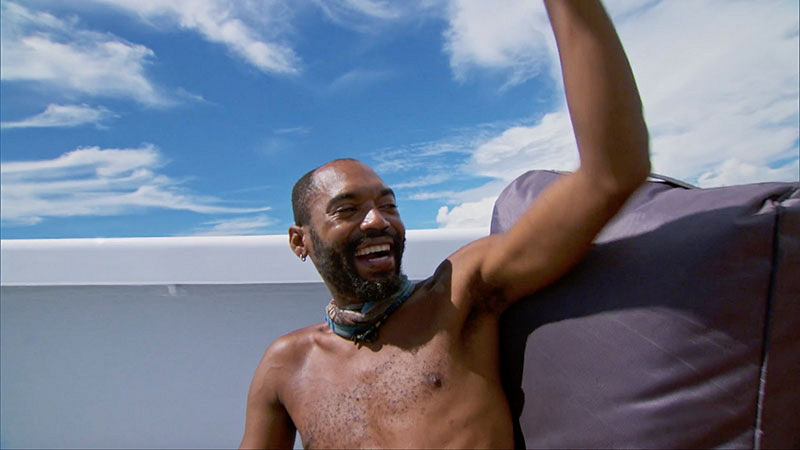