Survivor Season 37 Spoilers: Luck Runs Out For One Castaway

The latest cast-off from Survivor: David vs. Goliath dishes on making Jeff Probst laugh, unlikely friendships, and how they prepared for Fiji.

There were a couple of Immunity Idols tossed around at Tribal Council on the most recent episode of Survivor: David vs. Goliath, and while they protected those who played them, they also sent another player to Ponderosa.

Despite some very impressive strategic moves—including last week's tactical playing of an Idol—32-year-old robotics scientist Christian Hubicki's luck ran out when the Tribe voted him out.

We caught up with the latest cast-off to talk about his strategic gameplay, making Jeff Probst laugh, and that epic Immunity Challenge where he endured nearly six hours on a pedestal. 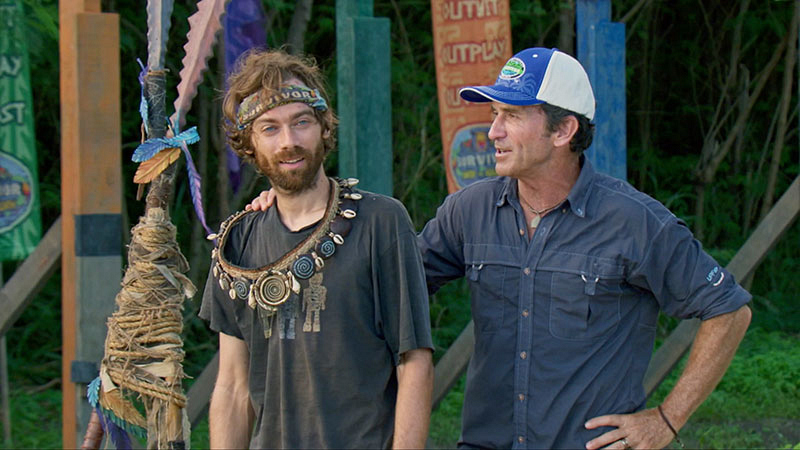 Early on, you and Lyrsa were able to show that the Davids were a force to be reckoned with by winning that very first challenge. You touched on this a little in your Ponderosa video as well, but how important was it to you to come out of the gate that strong?

Christian Hubicki: To me, that initial challenge was a way of making a statement that I had value to the David Tribe. Going into the game, I was so worried that the Tribe wouldn't see value in me, or might see me as some kind of schemer, that they'd see me as annoying, or all these manners of things.

Here, I had a slide puzzle in front of me. Something I know how to do quite well. So I was like, "Oh great. I can demonstrate, in a big emotional win for the Davids, that I'm valuable."

I think after that initial challenge and my subsequent handling of camp life, there was no one who ever even floated my name as a target. So in that sense, I was successful. 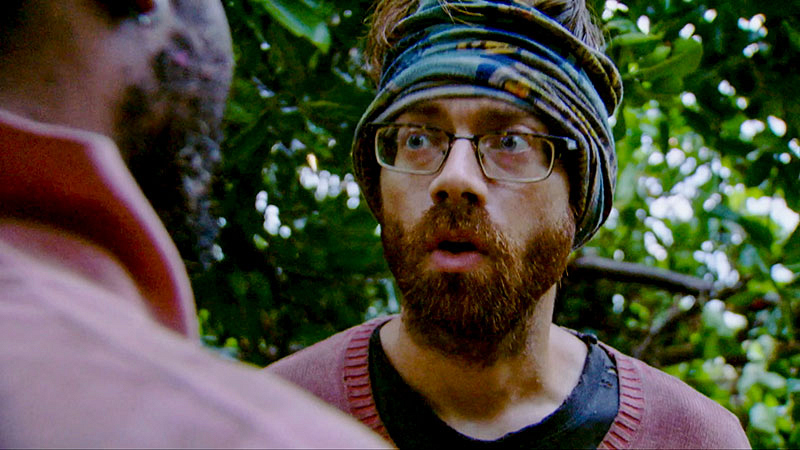 Fans loved the Brochachos, the government of Slamtown, all of that. John definitely wasn't someone viewers thought you'd hit it off with, but you did. Why do you think you guys clicked in the way you did?

Christian: I think one thing that is critical about anyone people generally click with is a level of self-awareness and not taking yourself too seriously. You never quite know with someone who calls himself the Mayor of Slamtown if that's [their] actual persona. Does he actually believe this? Or is it tongue-in-cheek?

I suspected that John was smarter than he let on. So I bet that if I joked with him about Slamtown, he'd go with it. And he did! He picked up the ball and ran with it. We talked about me applying for the comptroller position—just like you saw on TV.

And I think it doesn't even really matter what your background is if people come to a conversation with a mutual sense of respect and humility, you can have a great relationship like that. 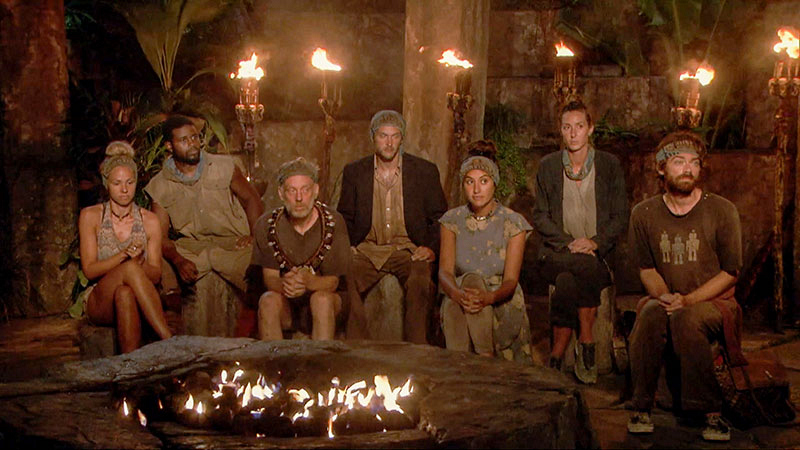 Another strong connection you had was with Gabby, but that alliance broke down and she tried to get you out. Why do you think she chose that moment to go after you?

Christian: Gabby certainly knew she had to take me out at some point. It was a question of when. I knew that Gabby would not let me get to the fire-making challenge if she had her way. So that would mean taking me out at five.

But I had an Idol, and I could potentially win an Immunity, so Gabby might come for me at seven in anticipation, or someone else would. But I think Gabby was one step ahead of me on that and said, "He'll see it coming at seven, I gotta take him out at eight." I think that's what she was thinking.

There's that fire-making challenge where you can't vote somebody out, and I think that pushes forward the timeline when you can get out someone who you don't want to have in the final three. 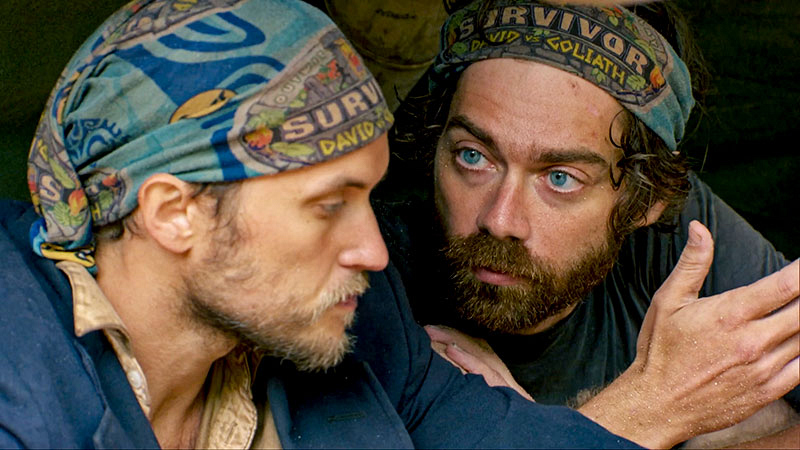 You're clearly a very analytical person. How much preparation did you do before going on Survivor?

Christian: I have a good background from the game, as most people who call themselves super fans would. I've seen all the seasons multiple times. But in terms of getting ready to go ... when I got the call I was going, it's not like I sat down and was like, "Excellent! I'm going to binge watch all the seasons, I'm going to study all the gameplay."

I was worried if I did that, I'd get too wrapped up in my own head about the minutia of the game. What I realized would get me through the early game, which I was most concerned about, was just trying to be a relatable person, a person that people like to talk to. So I tried to bulk up my armors a little bit, in terms of preparation.

In terms of studying the seasons, I already had a pretty decent background. So I mostly focused on being someone who could integrate with the people on the show. 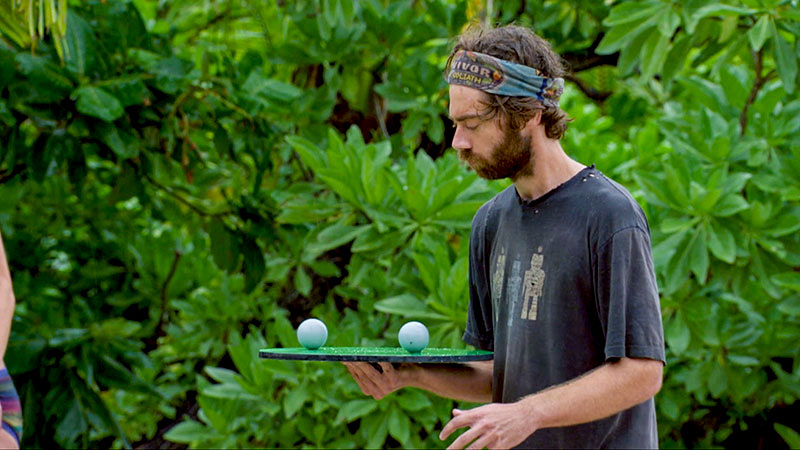 We saw you have a lot of fun interactions with Jeff Probst. How did it feel making him laugh a few times?

Christian: [Laughs.] It was so fun to get Jeff to laugh. There were so many moments that you [didn't get] to see [on TV.] Once you break the mystique of this guy, this celebrity on television, when you don't want to say anything to ruffle his feathers, once you break that ice, you realize he's just a guy that wants to have fun at his job like anyone else. It was empowering.

I remember in the second Immunity Challenge, he called me by my last name. Which is a Survivor tradition! And he said, "You're doing good, Hubicki!" And I was like, "I didn't ask for this." But he clearly felt comfortable with me and it was funny.

But he actually pronounced it wrong. He said it "who-beck-ee" so after the challenge I went to him and said, "Hey, Jeff. I love you, you're great, but it's pronounced 'Hugh-bick-ee.'" And he chuckled. It was a fun time.

And with that whole six-hour challenge, I got to interrogate [him] for three hours. People would pay good money to do that! 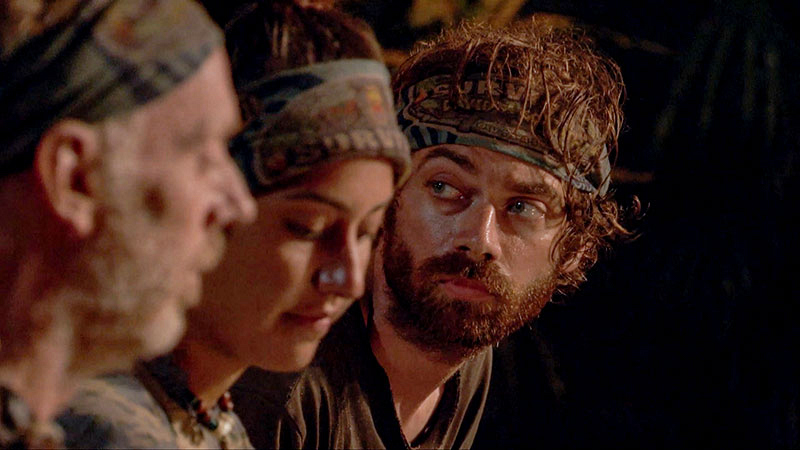 We were going to bring that up! That was one of the most memorable moments, not just from your game, but of the season. Was your strategy going in to just start monologuing at a certain point?

Christian: Yeah, my talking was certainly strategic. Once Gabby got out next to me and there was no one nearby—it was not my intent to make people annoyed or mad or tortured—so once they were out I was like, "You know what? I feel better when I talk."

I thought it was a thing that might help me take my mind off the pain. I didn't realize how effective it was at that. To the point where I could've kept going! I thought Alec and I would actually go into the night and the show would have to film us with night vision.

I was prepared for that. When I talk I feel no pain, so that was the strategy there. 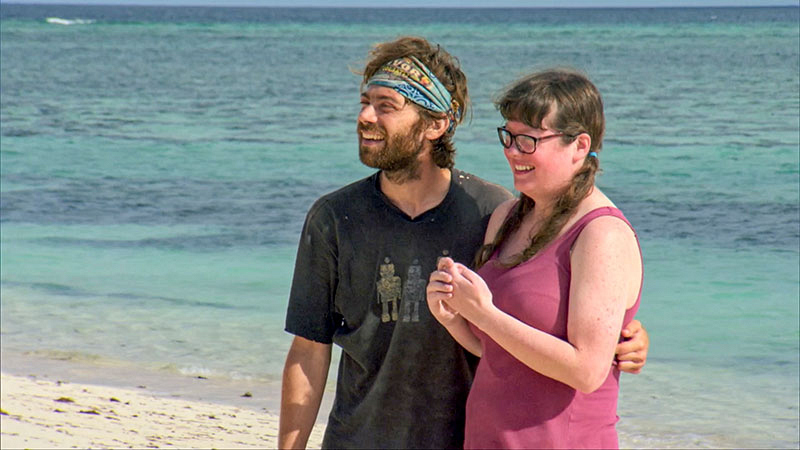 We saw you get a little emotional during the loved ones visit, but overall, at least from what we saw, you seemed to stay pretty even-keeled and positive out there. What was the most difficult part of the game for you?

Christian: The most difficult part was the mental fatigue. That you are not able to reason or focus mentally the way you would at home when you're watching the show.

At home, when you're watching a strategic situation, you're like, "Oh, why doesn't this person go work with that person and tell that person a lie and get them to play them against each other and then go to a different person..." Yeah. You're well fed. You're thinking.

Out on the island, there were times I had to remind myself how many people were left in the game. Seven? Okay, but who are the seven? And then, "Oh, I forgot to count me. And then there's Kara." That's what you're reduced to in terms of your mental capacity out there.

So as a result, your ability to think through complicated plans or at least lateral over to a solution you hadn't thought of is difficult. If you have a strategy you're trying to do, you can execute on that strategy.

Okay, I'll tell this person this thing, that person that thing, and that's the plan. But then to completely throw away that premise and try a completely different strategy, that takes a lot of thought that's very hard. 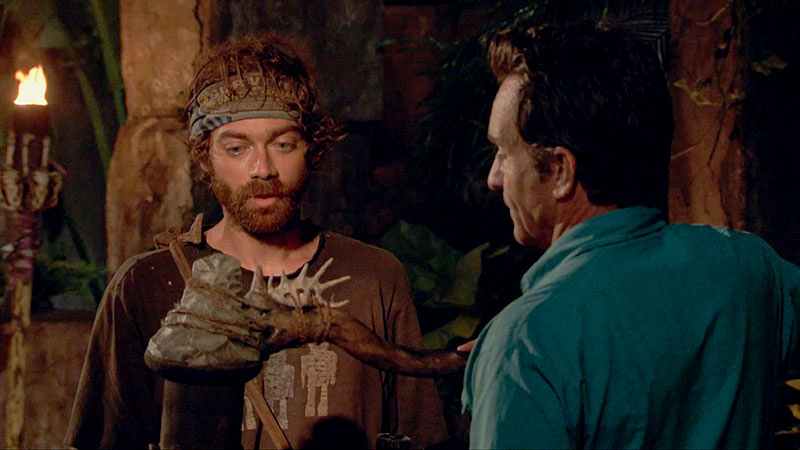 Given that you've watched every season, how did the expectations of playing the game match up to the reality of being on Survivor?

Christian: My expectations, I think, were largely met. I tried to build a very vivid picture and it was largely accurate. I think the big thing that I took away as being different was how tired you feel. And how you never feel alone.

That's nice in some ways, you always feel like you have company, but you have no time to think by yourself. I mean, think about that. Imagine if every waking moment of your life you're around someone that you're either trying to impress, or deceive, or to get to work with you. That's constant social pressure.

Once I was out of the game, that first moment alone was deafening and new. 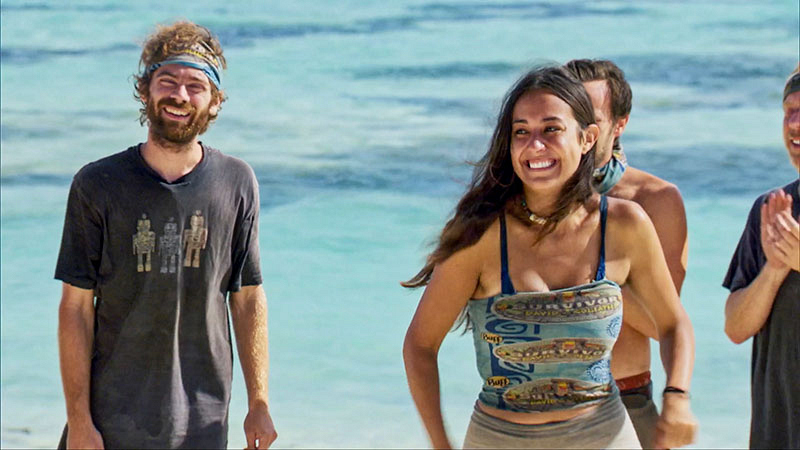 What would you say that you learned about yourself playing Survivor?

Christian: I learned that I have a lot more ability to connect with people from all walks of life than I would have assumed. I live and work in science and robotics and I work in the engineering department. I can talk to all my colleagues here about research and nerdy stuff, and that's expected. I get along with them fine.

But I didn't know how that would translate in talking to Carl the trucker. Or Elizabeth. Or Lyrsa. But it turns out it translated really well.

It's very empowering to think that I don't necessarily have to feel like my social circle is limited to people who are in my narrow field of expertise, but that there's an audience for this beyond just people who already work in tech. 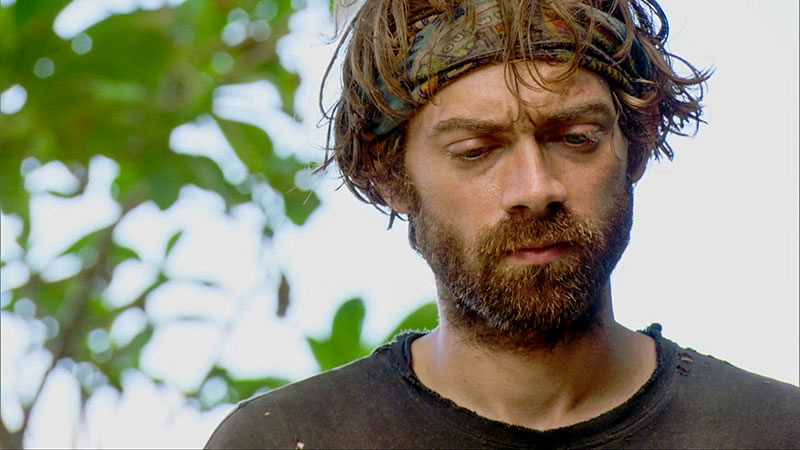