​Wendy Has No Regrets About Setting Those Chickens Loose On Survivor: Edge Of Extinction

Memorable for her quirky attitude and chaotic gameplay, cast-off Wendy talks about why she decided to leave the Edge of Extinction.
Survivor: Edge of Extinction is a unique beast of a season in that once a castaway is voted off... they don't necessarily exit the game.

In fact, every single cast-off thus far has opted to extend their life in the game by going to the desolate island known as the Edge of Extinction to await a chance to fight their way back in (something fellow cast-off Rick Devens has already been able to do).

STREAM: Full Episodes Of Survivor: Edge Of Extinction On CBS All Access

Of course, once there, if the tedium becomes too much for them they can opt out at any time. Only when they raise the flag on Extinction do they make their way to Ponderosa.

At this point in the game, only two castaways have left voluntarily—Wendy Diaz and Keith Sowell—so we're talking with each of them about their big decision.

You'll remember Wendy for her quirks, like hiding her Tribe's flint as a mind game and setting all of their hard-earned chickens free, declaring herself a vegetarian right then and there. 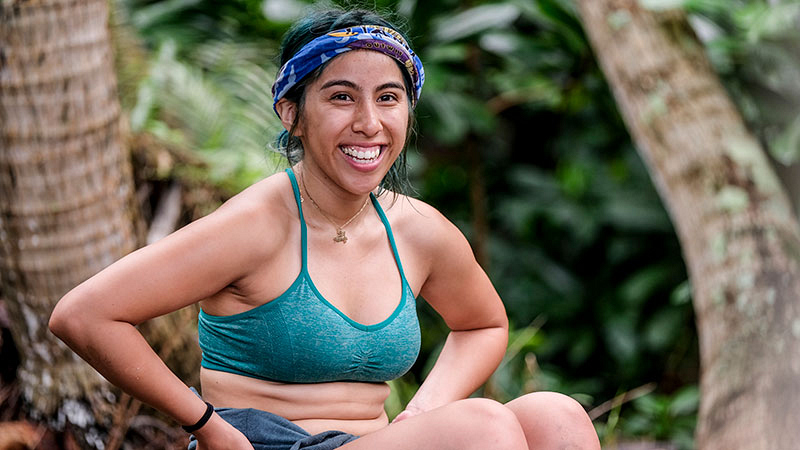 Initially, you chose to go to Edge of Extinction but opted to leave once you got there. What prompted the decision?

Wendy Diaz: There were many contributing factors when it came to my decision. I accepted the offer to go back when I was still in "game mode" fresh out of losing that challenge.

Upon arriving back on The Edge, I started to remember all the things I was told about the island: It was limbo where you just sat and waited. I remembered how miserable everyone looked and I decided that I didn't want the game I loved to become this experience that I resented.

Although, if I hadn't been so impulsive in my decision to leave and had made it to the Jury, I would have had that reason to continue my journey. 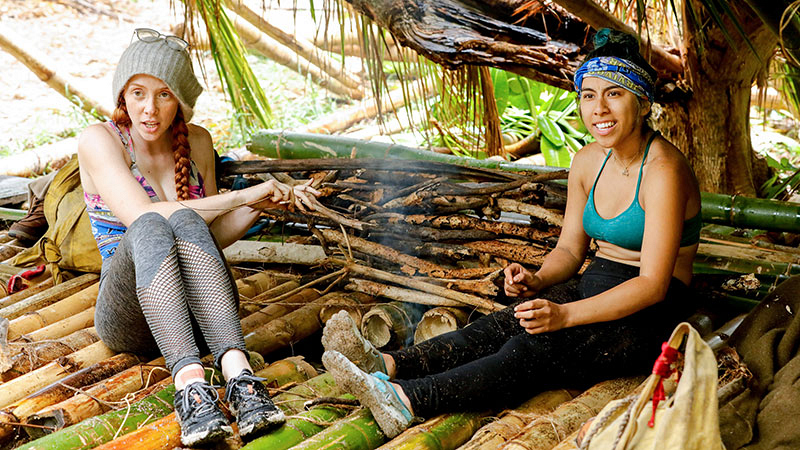 Memorably, you let the chickens go and declared yourself a vegetarian. Have you stayed on the veggie train since getting home?

Wendy: Immediately coming off of the island, no. I ate everything and anything. But upon arriving home, I figured it was as best time as any to start.

All my life I have always been so wishy-washy when it came to being a vegetarian. I would cut down on meat, go off it for a month, but I had never committed. I love animals so much but I would always turn a blind eye to what I was doing, always trying to justify it in one way or another.

I knew that I wanted to save these chickens if I had the chance to but what I really got out of this experience is seeing how vulnerable and helpless these animals actually were.

It was easy for the tribe to kill these chickens while they were locked away in a cage so all I did was even the playing field. 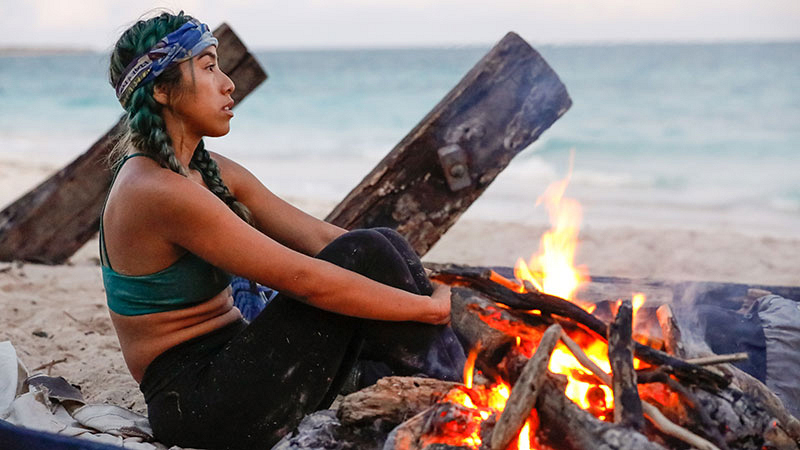 You played with a "I'm going to be myself and if they don't like it, too bad!" attitude, which is both very respectable and very tough to pull off (hiding the flint, for example). Do you think you'd do anything differently if you went back out there?

Wendy: I loved the way that I played. I genuinely think if I would have hit the Merge, my strategy would have paid off. I don't have any regrets with the way I played because I did it in a way that I stayed true to myself.

I was a bit impulsive when it came to taking the flint. I never intended to become such a chaotic player, but at that point my Tribe had made it pretty clear that they had no intention of working with me.

If I were ever honored to play again, the main thing I would try to work on is trying to separate my feelings from the game but the reason that is so difficult for me to do is because I can't stand people being treated unfairly or people being ganged up on, which unfortunately happens a lot in Survivor. 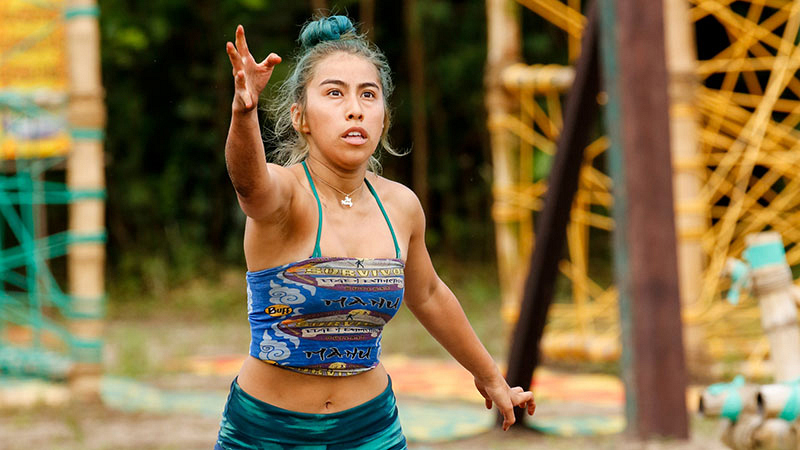 In your CBS.com bio, you said, "I would like to be on the show because I want to see how tough it really is." How did it match up to your expectations?

Wendy: So when it came to the hunger and the elements, it definitely wasn't tough for me. They didn't really take a toll on me. I loved sleeping outside and having to forge for items.

So when you mix that with the down days of the game, I didn't really have an outlet to release my energy without coming off as annoying. I am a really hyperactive person, so I really had to suppress that side of me and it was grueling because I just had so much pent-up energy. 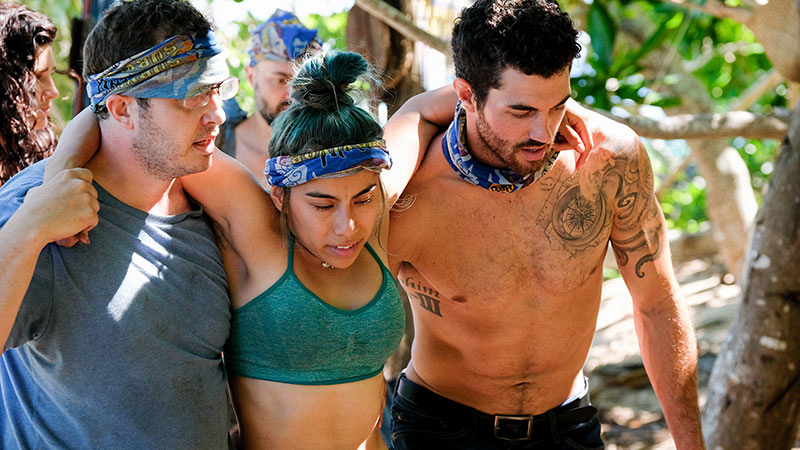 Wendy: I learned that it's okay to do things for yourself once in a while. I'm always putting everyone else's best interest in front of my own, and my decision to leave The Edge was in my best interest.

I'm a really stubborn person, so if I had a vendetta to enact I would have been able to see it through on The Edge, but since I didn't and I was content with my game the only reason to stay would have been to make others happy.

So in a sense, Survivor gave me the strength to do something out of character for me. 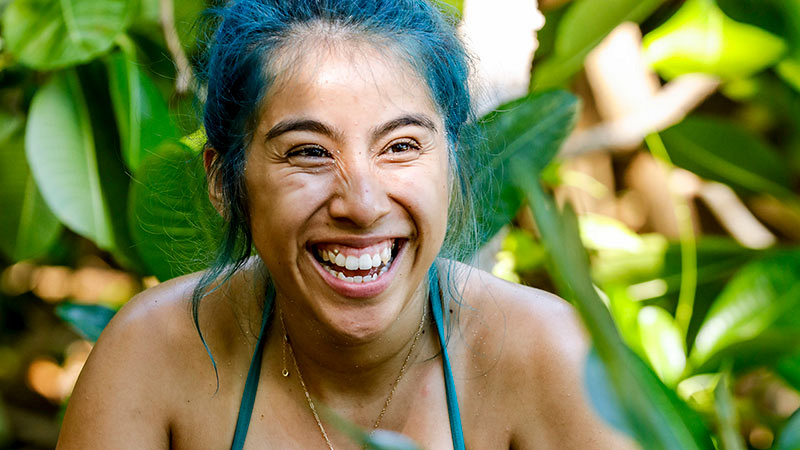 Watch all-new episodes of Survivor: Edge of Extinction on Wednesdays at 8/7c on CBS and CBS All Access.