Survivor's only two-time winner dishes on what it's like to guide new castaways through the game.
Survivor: Island of the Idols has offered its castaways something new this season: advice from Survivor legends who aren't just going to backstab them later in order to outwit, outplay, and outlast for a million bucks.

Instead, Sandra Diaz-Twine and "Boston" Rob Mariano have joined this season's mix solely to offer their deep knowledge of this extremely difficult game—and maybe lead players to a few Advantages or Idols along the way.

After winning Survivor two of the three times she's played, Sandra knows a thing or two about fighting her way to Day 39.

We caught up with the Queen to see how Island of the Idols compares to her past experiences, what makes a Survivor winner, and her favorite moment of the season thus far. 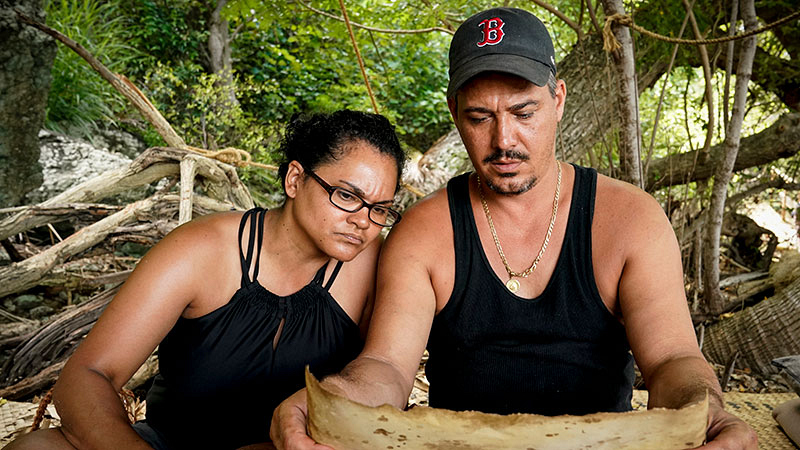 How did your preparation for Island of the Idols differ from the seasons you competed in?

Sandra Diaz-Twine: Anytime they've invited me to go to Survivor, I'm always one of the last people to know, so there's not really a lot of preparation involved.

That would actually upset me because there would be people who'd know for months in advance, and then I'd have the excuse of like, "Why didn't you tell me back in January?! You tell me a month before it's time to go out there, that's not fair!"

Truth be told, I wasn't going to exercise or do anything differently anyway. That's not how I am, so I guess I can't use that excuse. But for Island of the Idols, my husband had gotten me a membership at the YMCA anyway, so I was already taking classes when Jeff Probst invited me.

But I didn't do anything out of this world because we were just going to sit on the island and wait for people to come and be mentored. I knew I wasn't gonna be playing for the money, so I really didn't stress it. I actually welcomed the idea of going because I needed to lose weight. 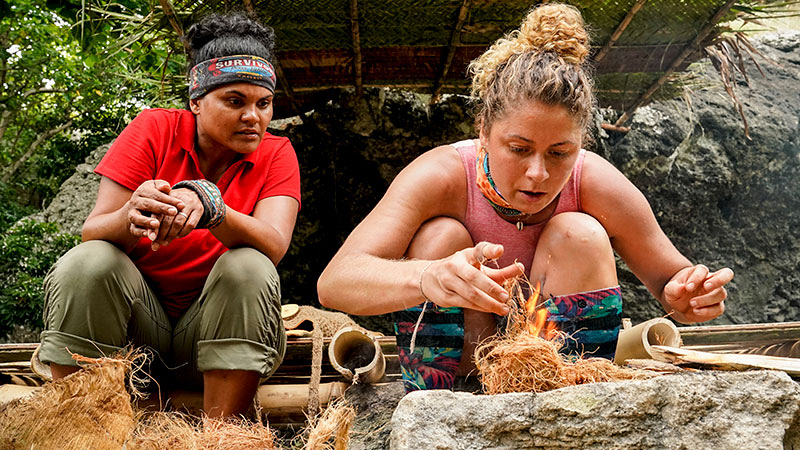 Did you find that being a mentor challenged you in any ways you weren't expecting?

Sandra: No, because, see me and Rob approached this differently. Rob does the lesson, but once that's all over with, I really want to get to know the players better. So I just sit there and I'm a natural talker and we instantly become, like, best friends. Like we're reconnecting after a long time apart.

So I can get along with anyone, and I can talk and talk and talk forever. So we both just are very different in the way we do things, and I just sit there and ask about their Survivor journey and get into that. 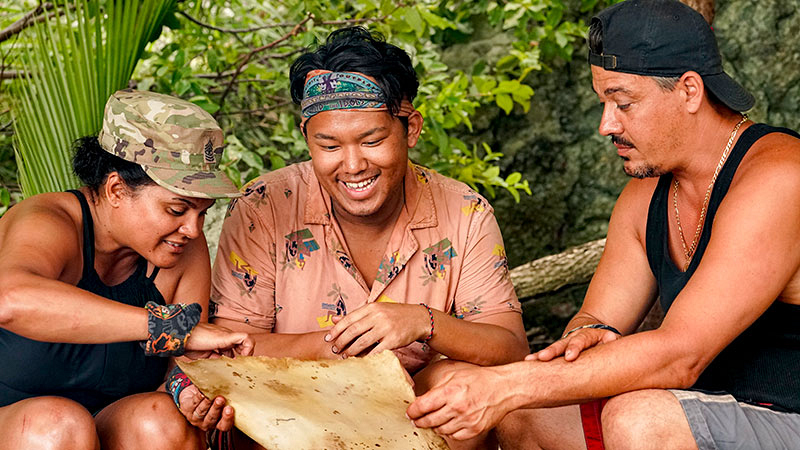 So when you meet a new castaway, what do you feel like is the single most important trait for them to be successful in the game of Survivor?

Adaptability, because people come from so many different walks of life that you have to be able to adapt to the situation of what's going on. A lot of times, it will be out of your control. You're only one person. You can't play this game alone.

If seven or eight people want to go in specific ways, and you might want to do something different, it's going to be hard for you to convince them. And you might just have to go with the majority. So adapting to the situation and moving forward no matter what is thrown at you is the single most important thing you have to do out there. 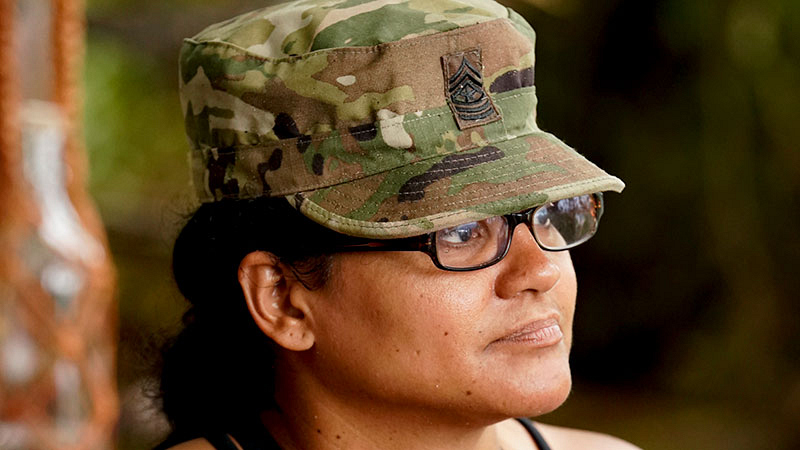 In the latest episode, we saw Janet go to the Island of the Idols and decline your offer, which is the first time we've seen that happen. It seemed like you and Rob were very impressed by it. Can you speak to why her decision impressed you?

Sandra: Well, because of the fact that everybody else was just jumping on it. They're seeing it as, "My journey has brought me here to Survivor and now that journey has brought me to Island of the Idols and how can I pass up my opportunity? Maybe this is the only way I'm going to get an Idol or an Advantage? I don't want to pass it up." So they're just willing to go ahead and do it no matter what, with very little information. They're just jumping on it.

Janet is more reserved, she's thinking about it, and then she's like, "No, I don't need to." But toward the end, we were like, she's going to regret it. Especially with the situation she finds herself in later on.

Because had it gone a different way, I would've thought she'd regretted not trying to get the Advantage. But there was a point in the game where it was looking really rough for her, and I thought she's going to regret not taking us up on our offer. 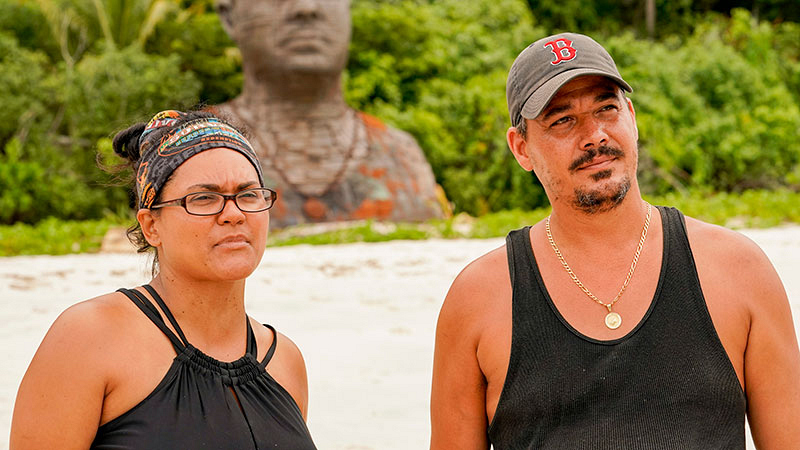 Of the episodes that have aired so far, is there anything that has surprised you or impressed you?

Sandra: So far every episode is better than the previous one. I really, really enjoyed the conversation that Jamal had with Jack. And the fans were so happy that it happened. That was the first time I'd ever heard anyone call a buff a "durag," you know? So it became more about why. Because it was Jamal, the buff became a durag?

I'm glad they had that conversation and I'm glad that Jamal didn't go bananas. He was calm and talked it out with Jack. There was no argument, no altercation. Usually, that's what happens: someone gets defensive, someone's feelings are hurt, next thing you know another side comes out and it gets really, really ugly.

But it showed us to get your point across, you don't have to be like that. Especially with them being friends. Jamal was the perfect person, who knew how to move the situation in a positive way after being so negative. So it was nice. 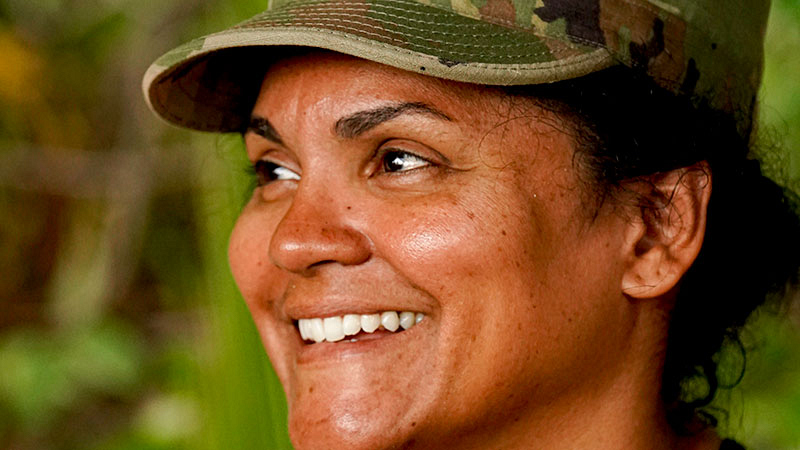 So the flip side of that, has there been anything this season where you've been like, "please don't do that?" Any rookie mistakes?

Sandra: No, no rookie mistakes. It's different; unless I see it on TV, I won't know that it happened. Because either I'm just at Tribal Council or they're visiting me at Island of the Idols. At Tribal Council, the people that have gone home, it's all blindsides—which is what the fans want—and those people had no idea.

So like Vince going home with an Idol? Vince had no clue he was going home. So why would he feel the need to play an Idol? People say he should've played the Idol because he had it, but no, because if your people make you feel so secure that you believe you're in the majority and no one could do you wrong, then you won't bother wasting your Idol.

So there's not one single person I can say did the wrong thing. Because everyone's playing how they think and how they feel they should be playing.

Speaking of Tribal, fans are super into you and Rob hiding out in your little booth. Is it hard to keep your reactions down amidst the chaos so no one catches on that you're watching?

Sandra: The other day I guess I started laughing and Rob told me to be quiet [Laughs.] But the hot box is above where the cameramen are, who have a direct line of sight to the players. And we're on top of them.

The only reason it's really, really hot is because of all the lights that are there. They're real powerful and give off all this heat and so we call it the hot box. But I've sneezed a couple of times in there, and they don't know who's sneezing—they think it's the cameramen below. So they don't know.

Plus they all have bigger things to worry about.

Sandra: Right. And no one is looking around or directly at us, because it's hard to look into those lights. It's like staring into the sun. So they have no idea we're in there.

Even if we made a little bit of noise, there are so many people who work out there that you don't know... if somebody sneezes, it just happens! We never gave it away that we were up there, and they never were able to tell. They didn't know until they saw it on TV! 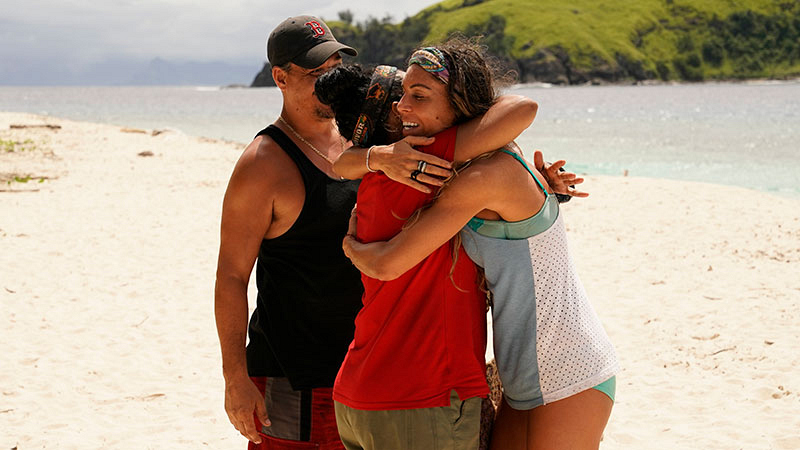 One of the things we've heard you say about playing Survivor is to "own your mistakes" in the game. When it comes to your own gameplay, have there been any past mistakes that you feel like made you a better player?

Sandra: Look, when I won the first two times that I played, if I had changed anything, I might not have won. So I definitely wouldn't change anything on Pearl Islands or Heroes vs. Villains.

READ: Sandra's Exit Interview After Being Voted Out Of Survivor: Game Changers

As Survivor heads into its 40th season next year, how would you say the game has evolved since the first time you played?

Sandra: Well, the first time I played, we didn't have Tribe swaps. We didn't have Hidden Immunity Idols. There was no such thing as Advantages. There are so many things that can mess up your game even if you do everything right. That's the difference from back then to now.

So a player who played really, really good in one of the first seasons ever on Survivor, might not be able to adapt to a new way of playing Survivor. But I've been lucky to continue playing and being involved in the game to where I think I'm learning with the changes.

And that's what you want to do: you want to be able to adapt to the game. But really, every season of Survivor is different. Just when you think you know everything, Jeff throws you a curveball and there's something else that comes into play.

So you can never say that you know Survivor 100 percent; no one can. If they do say that, they're lying. 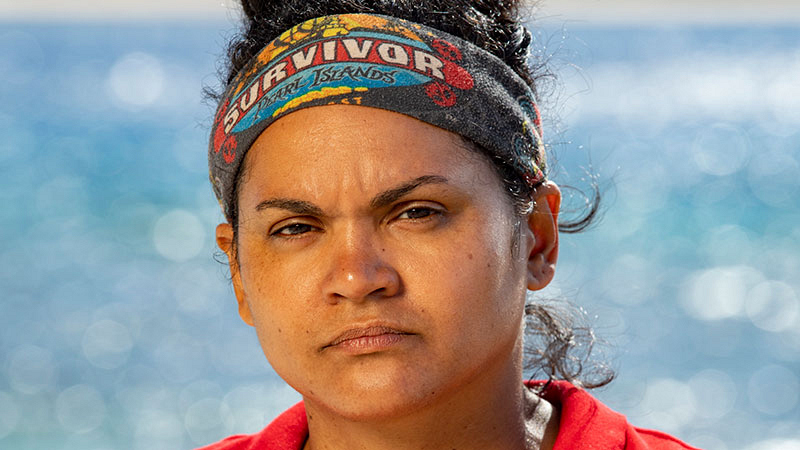