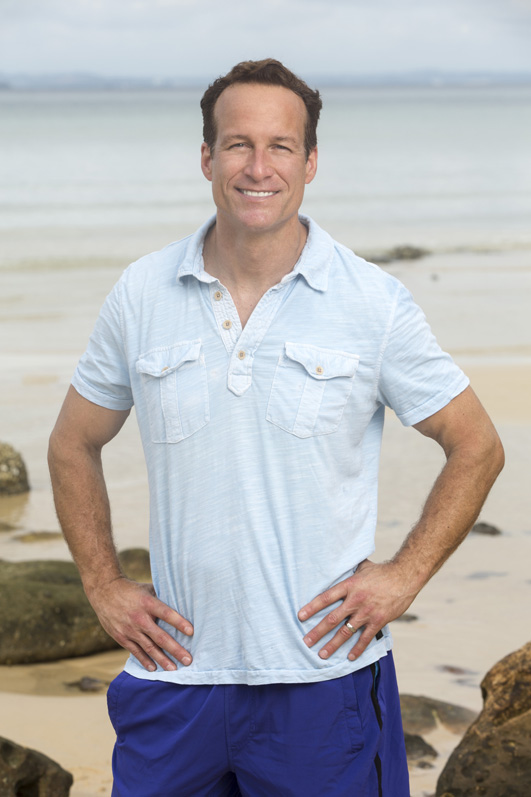 On Episode 8 of Survivor Cambodia, old-school castaway Andrew Savage was voted off camp after Kelley Wentworth decided to use her very valuable Hidden Immunity Idol.

The play took Savage and the rest of the castaways by total surprise and, as the votes were tallied, the original Season 7 castaway saw his second chance fate crumble right before him.

We were able to catch up with Savage and he shared insights about his mind-blowing blindside, what he would have done differently this season, and what fans can expect during the second half of Second Chance. 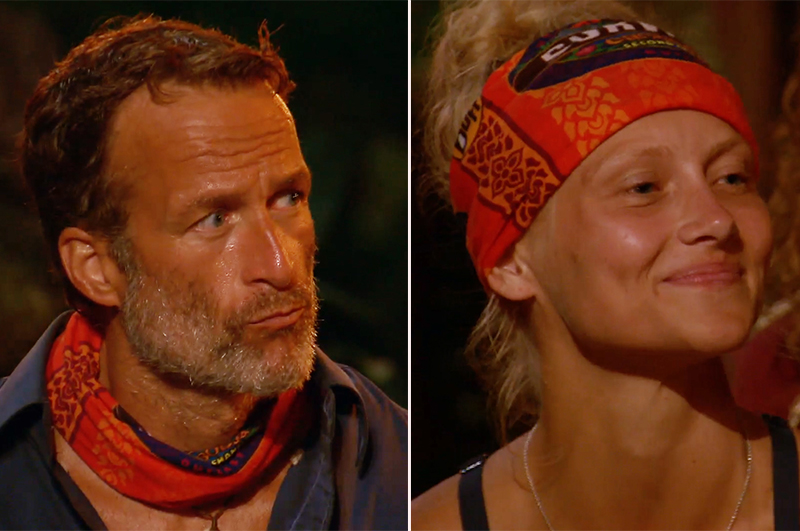 1. What was going through your head when you learned Wentworth was going to use her Idol?

"[Jeremy Collins and I] looked at each other from opposite ends at Tribal Council and I glared at Jeremy like a deer in headlights, and thought, 'Dude, I'm so sorry. You're goin' home.' I thought, 'I'm the old guy, why would you come after me?'

Then [Jeremy] glared at me with the same deer-in-headlights look and I think he was thinking the same thing, like, 'So, Savage, I think you're goin' home. Sorry dude.'

It was an absolutely stunning episode. Painful, but, my goodness, that was fun." 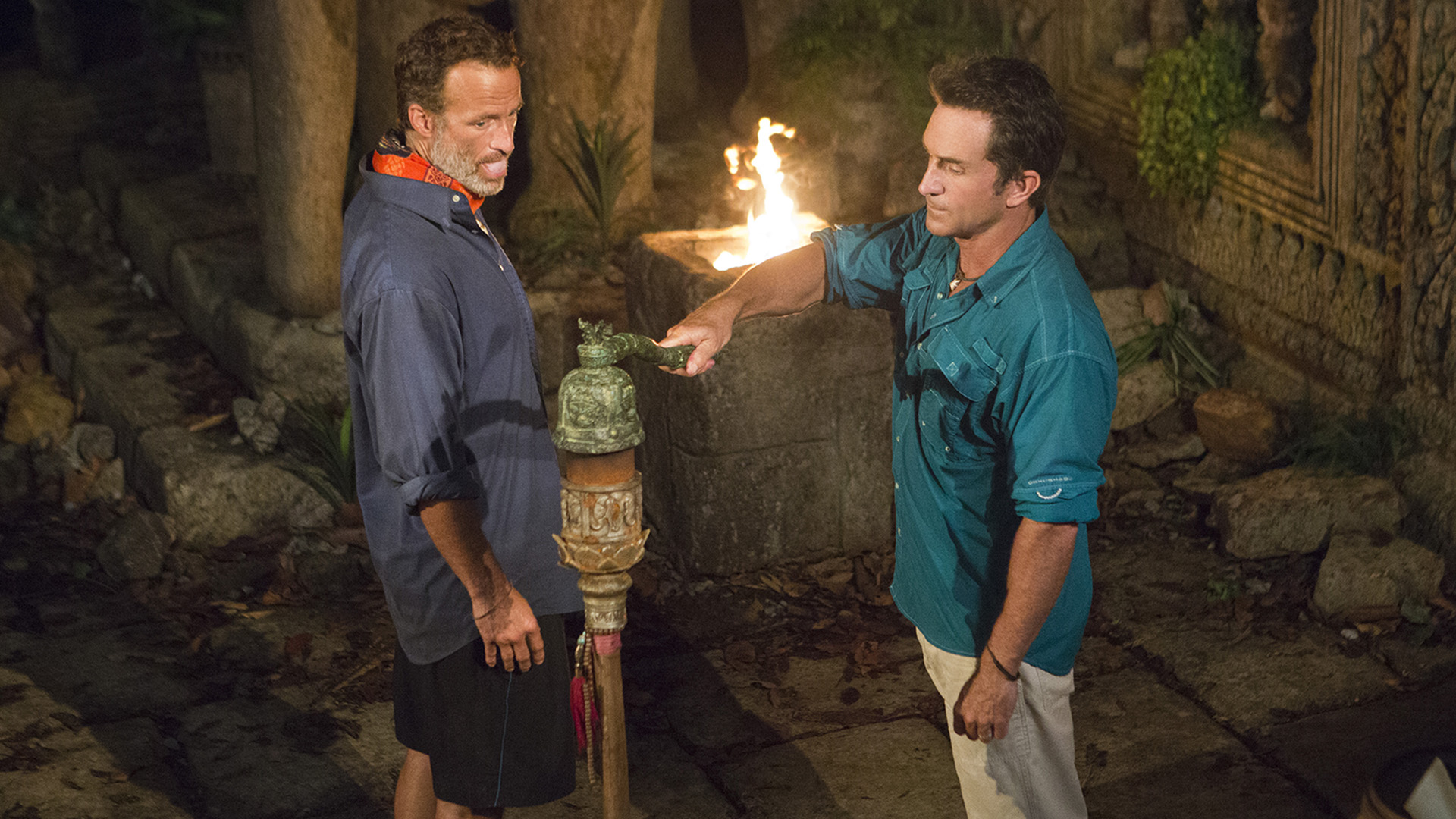 2. How surprised were you to discover you were voted out?

What you didn't see was my toe was ravaged by a poisonous spider, [it] was horribly infected, and I didn't feel well. Thinking of myself, [I was like,] 'Probst, can you just speed this along so I can get back to my hammock and get some sleep?'

That's exactly when you get voted out of Survivor." 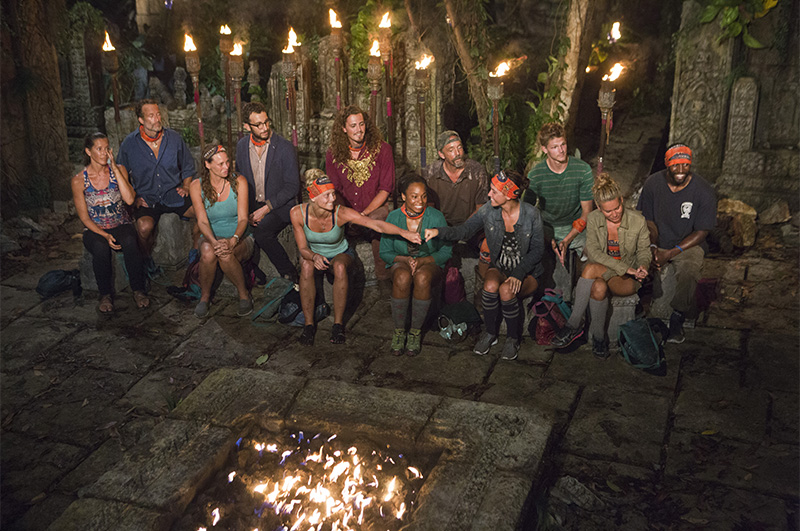 3. Why didn’t the group consider splitting the votes just in case someone had an Idol?

"It's a complicated answer, so bear with me. Splitting the votes is a risky move because, if a couple of folks get it wrong and the folks that are targeted throw a couple votes in the right direction, it can derail the whole thing—and the wrong person goes home. It takes a couple of hours to strategize and lock that down.

We honestly didn't know Idols were in play. Wentworth and Jeremy had Idols, but didn't tell anyone. We scoured the island looking for Idols and clues but no one found anything.

The other thought was that Ciera Eastin probably thinks that she's going home. Wentworth would have no clue because Ciera got just less than half the votes at the prior Tribal. So why don't we load up Wentworth and she'll never suspect it. Right?

Joe Anglim and I wanted Stephen Fishbach out. Tasha Fox and Jeremy said let's go with Wentworth—she's the only one at the bottom that has a chance at winning Immunity. She's a threat, and we'll deal with Fishbach in a few days.

We weren't gonna split the votes because, honestly, we didn't think Idols were in play. What a mistake, huh?" 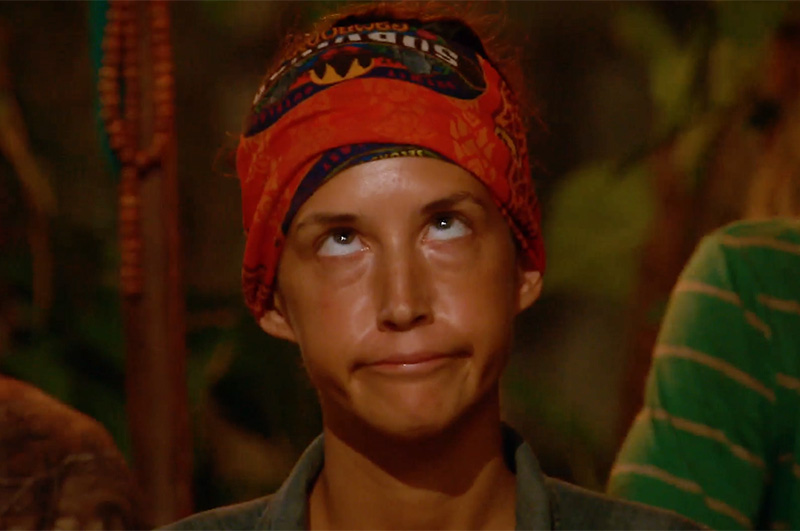 4. Is there anything you would have done differently looking back at your Second Chance run?

I think Ciera obviously hated me for that, like, to her core. All the eye rolls and stuff. Who knew Wentworth had an Idol? Wow.

Someone in our alliance told Wentworth she was going home. They [didn't do it] maliciously; they made a mistake. It was gameplay. They didn't know she had an Idol. It was just, 'Hey, Wentworth. You know, you're a friend of mine. You're gonna go home,' and that was [our] downfall, right? Somebody tipping her off was not supposed to happen." 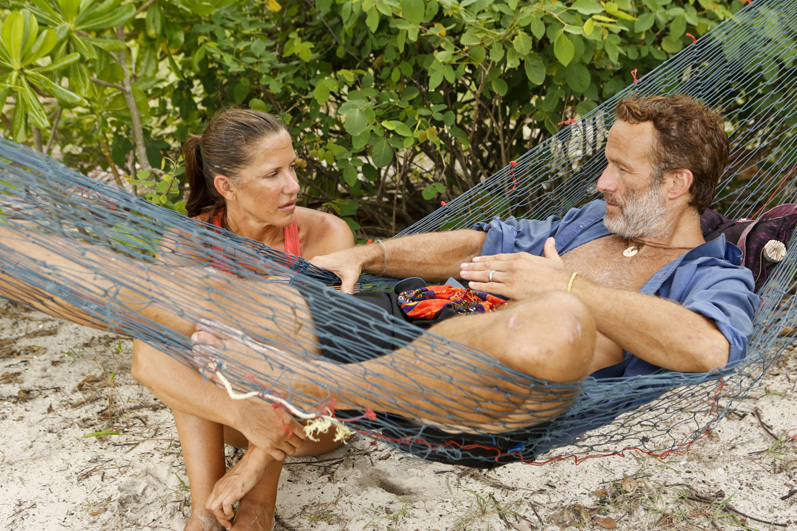 5. How does it feel to finally be on the jury?

"Heavenly. I missed it 12 years ago and I'm just so excited to be on the jury. I love to have a say in choosing an incredible ambassador to a truly epic season of Survivor. I'm just so happy to have had an impact on the game.

I respect all of [the castaways]. Some of them will be lifelong friends. Some I'll never talk to again, but I have great respect for all of them. They have every right to be there." 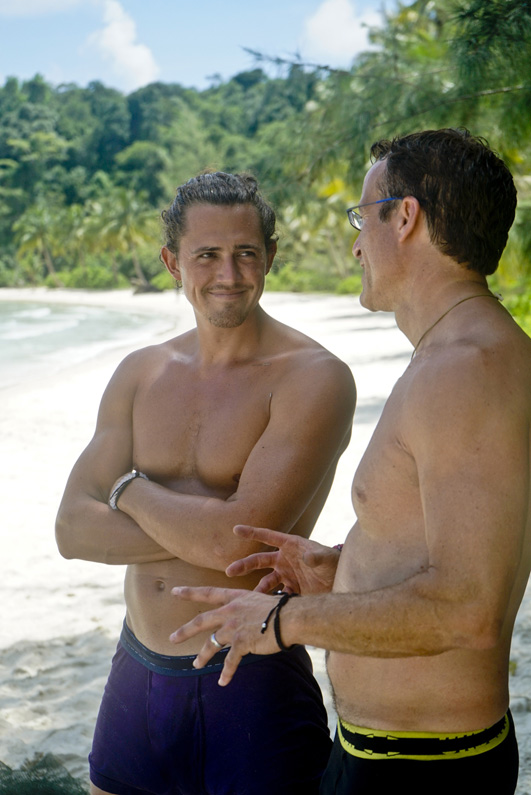 6. Do you think your buddy Joe will make it far this season?

"I think Joe's going to the end. He's the quintessential challenge beast and he's got a decent social game going, so my vote is he goes to the end." 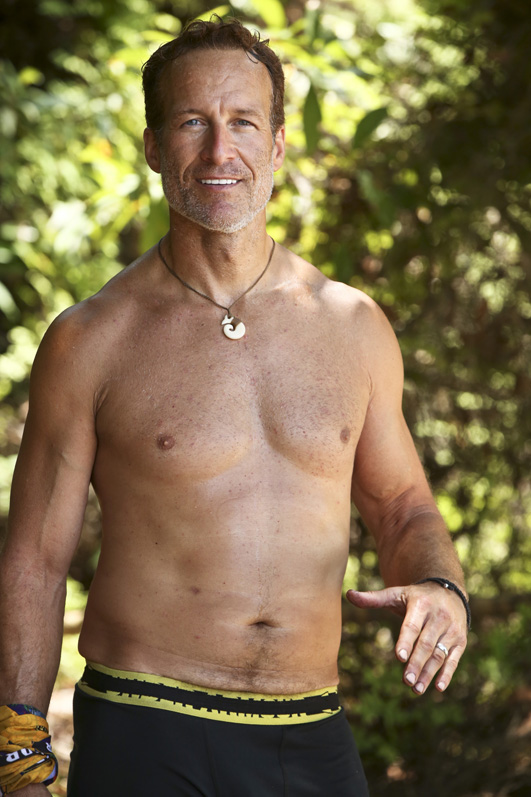 7. What does Survivor mean to you?

"[For me,] Survivor is my adventure of a lifetime. I love to test myself, mentally and physically. It's been truly an honor to play the game and test myself twice.

When you go through Survivor and what we've gone through twice now, it makes everything else in life easier. It just does. And it makes me appreciate everything else even more. So, I am eternally grateful for Survivor. It's been this beautiful, beautiful gift, and it'll be with me 'til I'm 90 years old.

I'm taking from the game some of the most beautiful memories that I'll cherish forever." 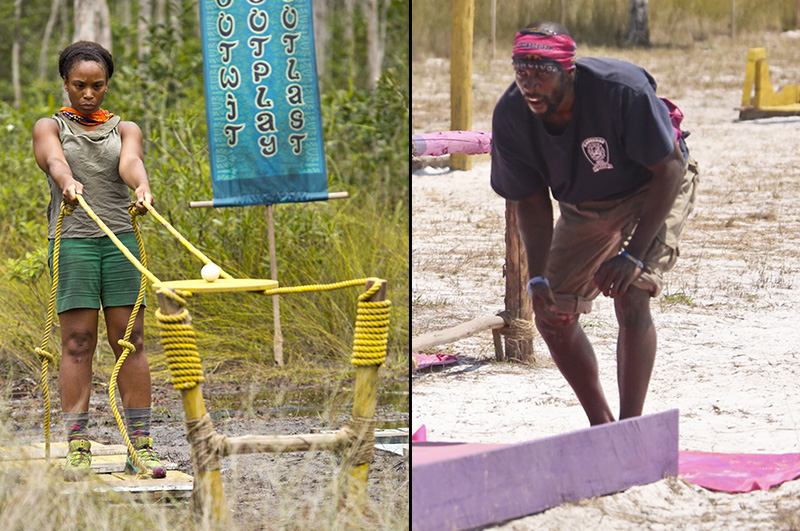 8. Who do you think is playing the best game?

"I think Tasha's playing a great game. She doesn't have to be front and center.

Jeremy's playing a great game. I'm surprised I never heard his name being offered up for Tribal, but that just tells me he's playing a brilliant game. He's kind of under the radar but he's not. He's right at the top, organizing [and] providing input as to who should go and who shouldn't, but he's not doing in such a way that he's a clear leader, right?" 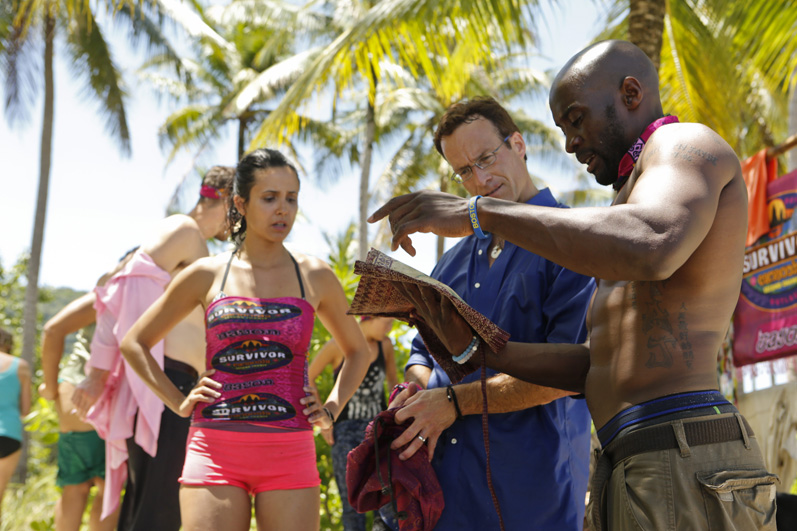 "My first day 12 years ago on Survivor: Pearl Islands was like going to a birthday party—just a nice celebration, meeting folks, having absolutely no strategy or gameplay, not worrying about anything. We were just a bunch of kids saying, 'Can you believe we're on Survivor?'

[On] the first day of Survivor: Cambodia, we hit the beach and Tasha runs up to me and goes right in my face, 'Savage, I hear you're a good guy. I wanna work with you. Stay there. I'll be right back.' I was thinking, 'Holy Toledo. Okay, this is new-school Survivor.' Then it was just this euphoria of activity.

It was just mind-numbing the speed at which Cambodia happened versus Pearl Islands. Cambodia was Survivor on steroids." 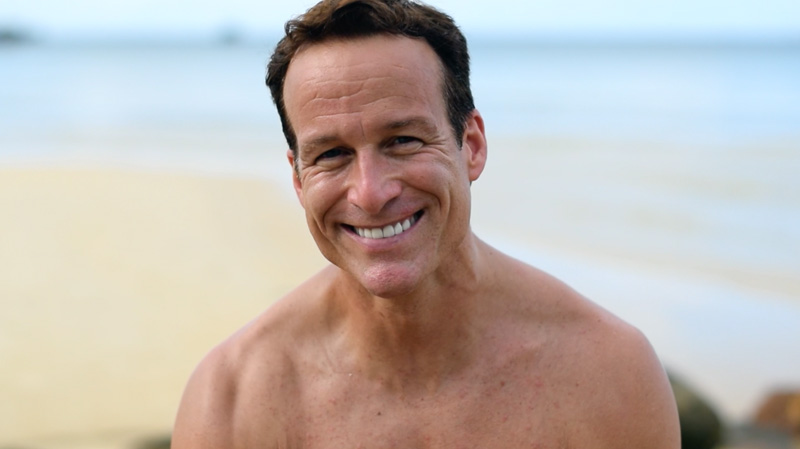 10. What are you up to now, and what can fans expect for the rest of this season?

"I've slipped back into my normal life. I have a great job, a great family, and a wonderful life.

[Fans] can expect the second half of the season to be truly epic. There's something that will happen in the game that's never happened in 15 years and 30 seasons of Survivor.

And I get to be on the jury with Kass and others, and we get to choose a truly great ambassador for one of the greatest seasons in the history of Survivor.  All I can say to the fans is stay tuned. Tribal is fascinating, brilliant, fast-paced, cut-throat, and it's a wild wild ride."

Watch new episodes of Survivor Cambodia on Wednesdays at 8/7c.