Survivor Sizzles When A Bromance, A Brainiac, And A Blindside Heat Up Ep. 2 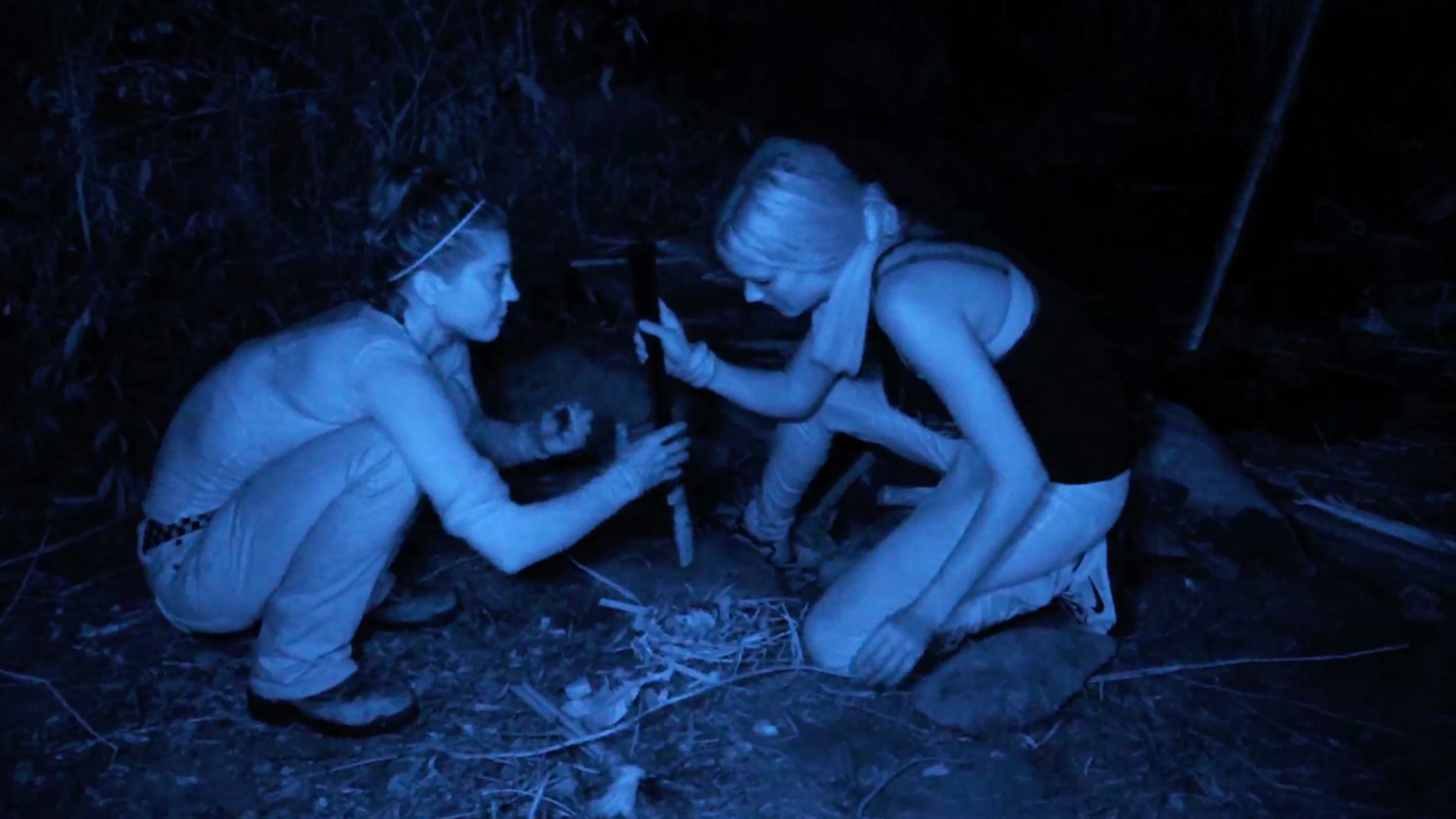 Embryo or ember? That is the question.

The second episode of Survivor: Kaoh Rong started off with a real head-scratcher when Alecia couldn't quite find the right word to describe a glowing coal. "Blondie," who narrowly escaped elimination last week in favor of Darnell, mistakenly called the fire ember "an embryo," which seemed to give Jason one more reason to rule her out as the "dumb" one.

Despite moving to the bottom of her tribe, Alecia was determined to prove that she deserved to be in the game, so that would be her main mission this week. 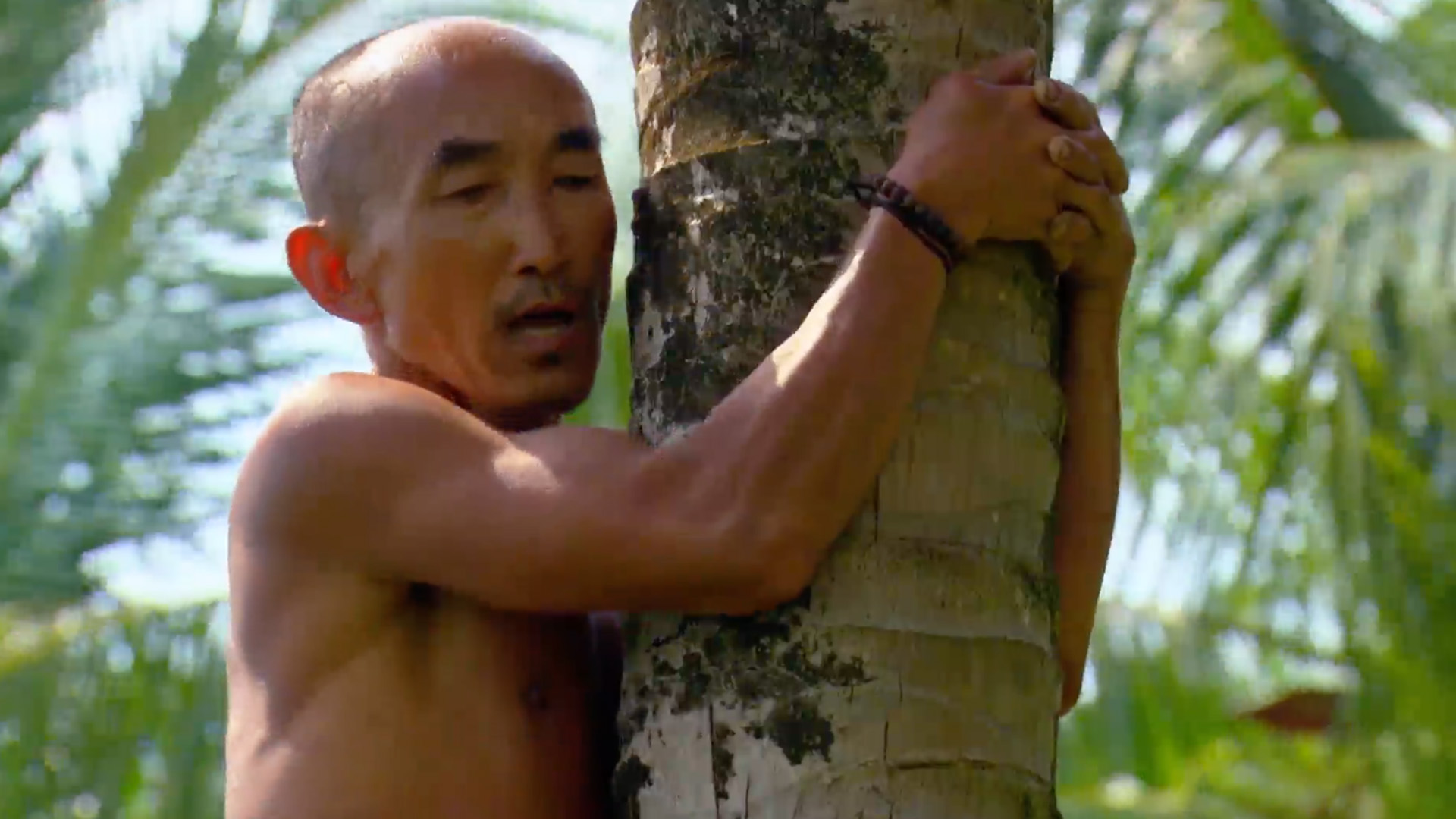 Tai felt the burn during his search for the Idol.

Beauty Tribe member Tai was eager to keep searching for the Hidden Immunity Idol so, while the others were hanging out by the water, he made a run for it and, ultimately, found the coveted clue, which instructed him to find a particular tree which held the key to the Idol nested at the tree top.

The San Francisco gardener wasted no time impressively maneuvering up the tree, but his attempt resulted in scorched feet, thighs, and chest from all the friction between his skin and the trunk.

Instead of accidentally getting caught, Tai called it quits for the day and left the scene with bloody marks all over his body. 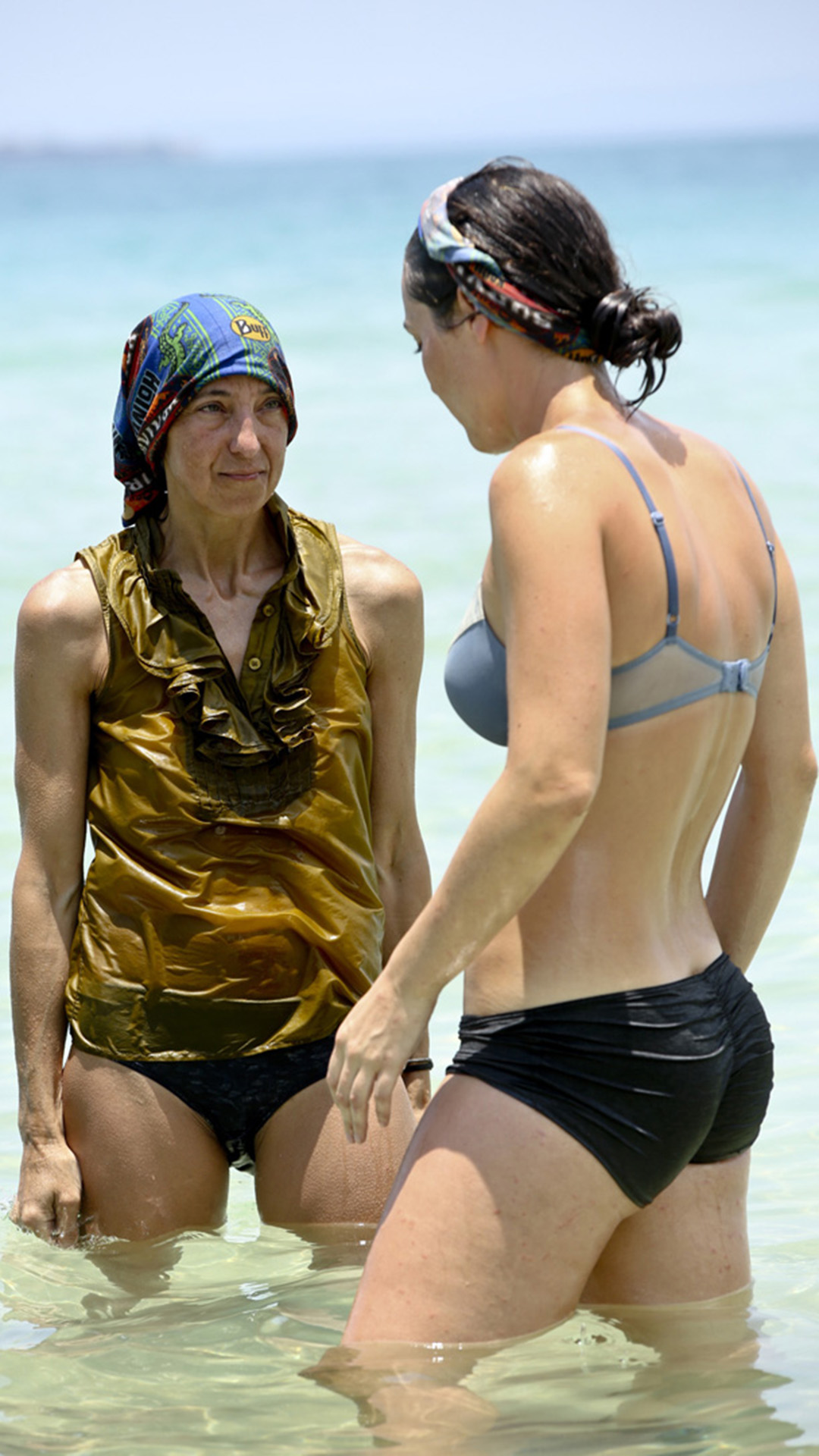 Debbie is a hot kettle.

Having the biggest frontal lobes can really set you apart. Just ask Debbie, the hot-headed, know-it-all, Brains Tribe member who continued to rub everyone the wrong way in Week 2.

Both Peter and Liz noticed how, although Debbie talked a lot, she didn't really exhibit any real strategy; however, according to Peter, maybe "a Brain that has no game" could actually be good company to keep.

Unfortunately, Liz didn't feel the same way. After Debbie criticized her for the way she boiled and filtrated water, Liz grew even less fond of the chemist and a divide started to form between the two. 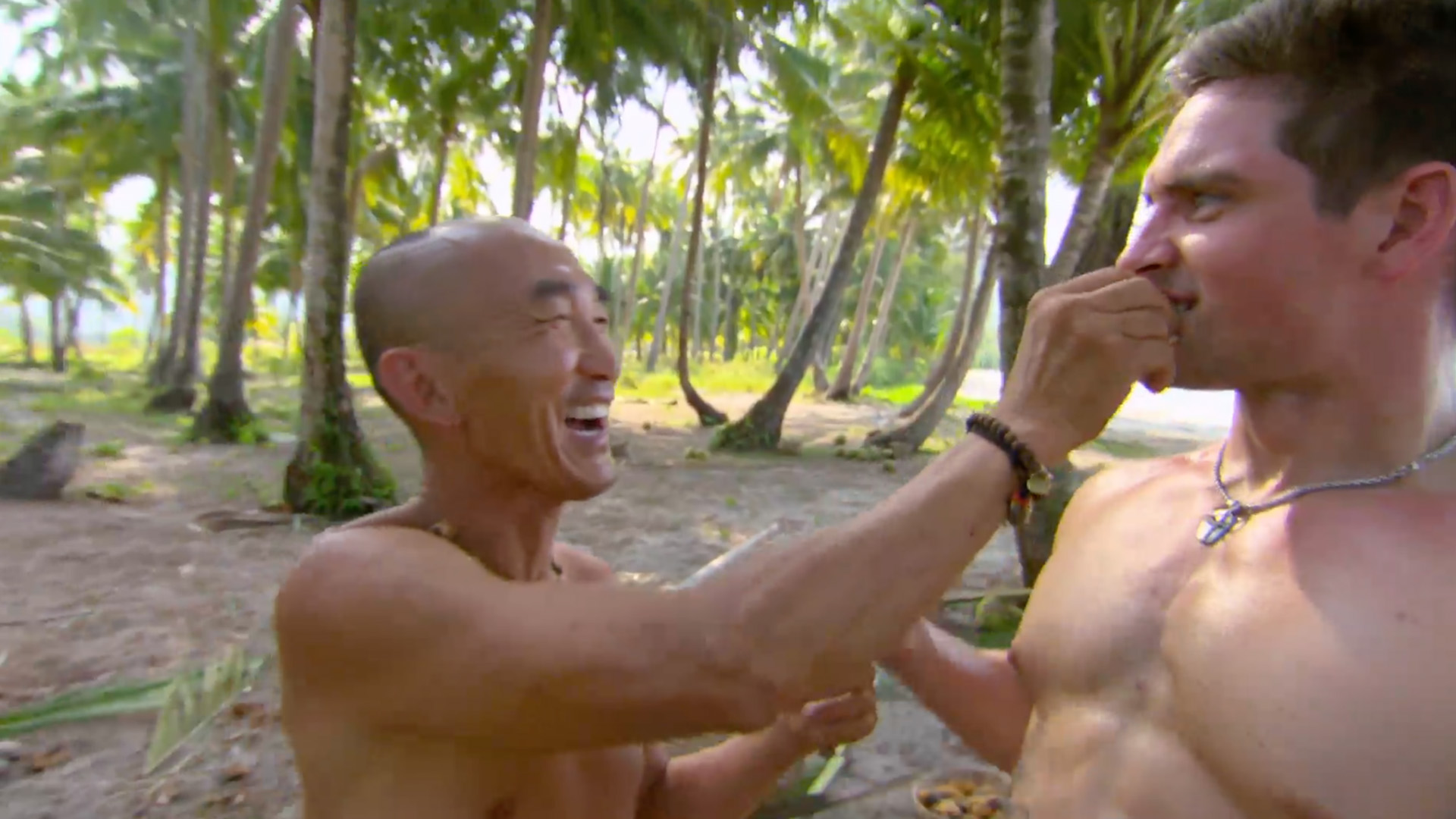 The saying "opposites attract" must have been meant for Beauty Tribe members Tai and Caleb, whose bromance blossomed this week for all the world to see.

Tai shared the playful side of his personality when he described Caleb as "cuddelicious," and Caleb returned the compliment by saying he loved spending time with Tai because he's one-of-a-kind. 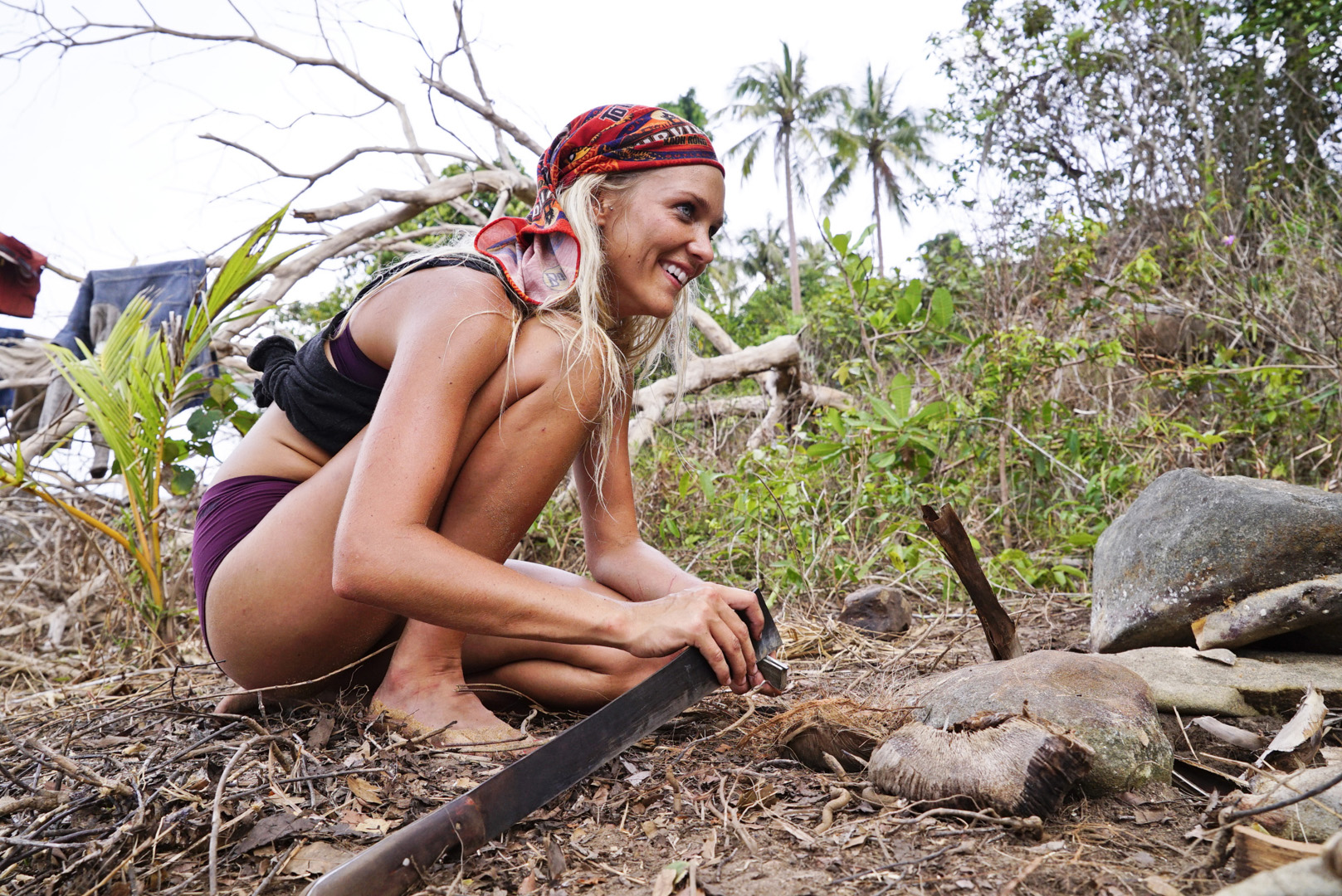 As the days moved on, Alecia knew she had to work on changing her bad reputation within the tribe, so she tried her hand at making fire. After some time, she successfully ignited a flame and, as the group ran over to see, Alecia's self esteem instantly boosted to a new level.

The fire invigorated the Brawn Tribe, who was now able cook chicken, and appeared to offer a positive outlook toward Alecia—for the moment, at least. 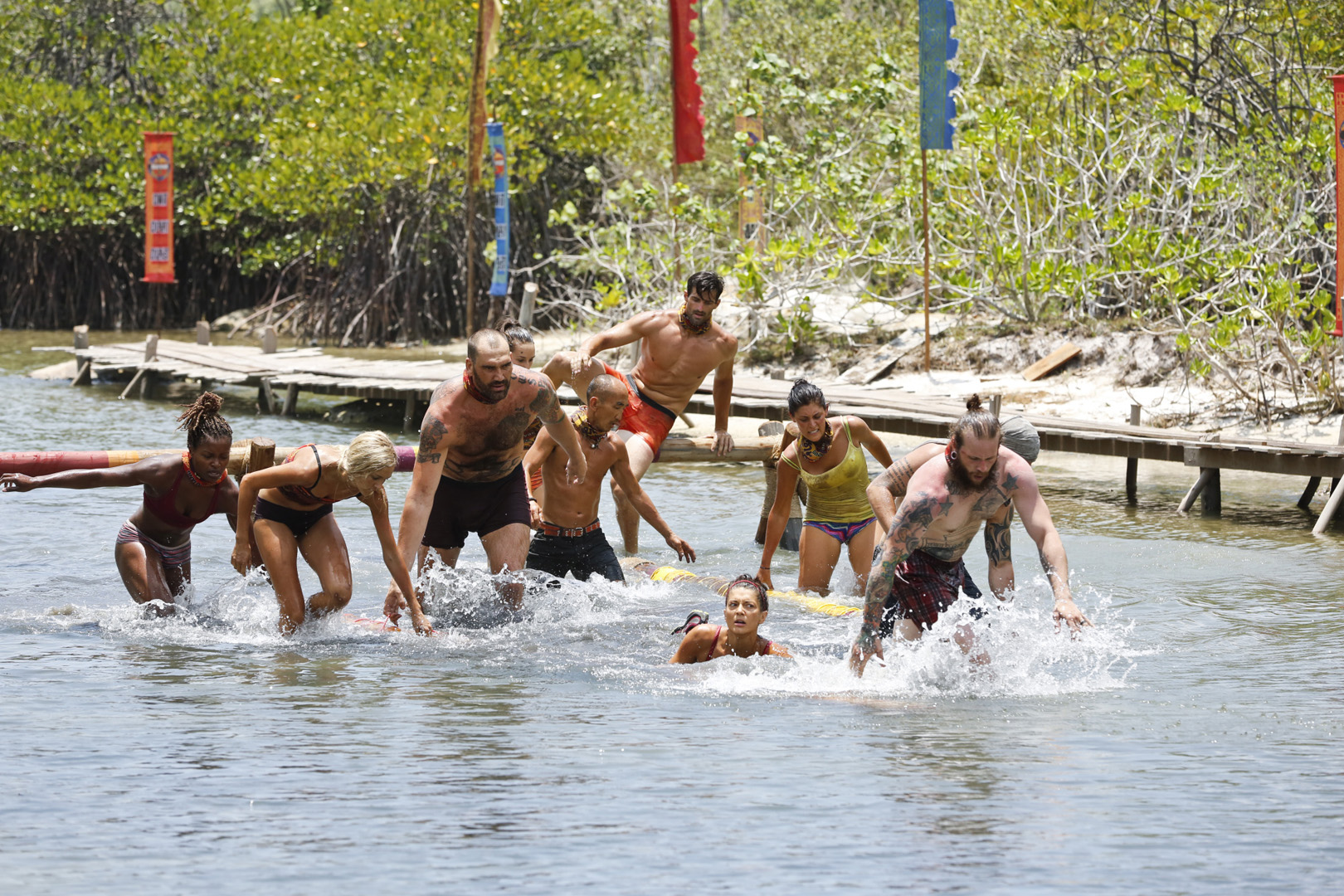 The Beauty Tribe battle their way to the top spot.

This week's Immunity Challenge had all three tribes fighting toward two special Rewards to take back to camp—a fishing kit (complete with a boat) and a smaller fishing kit (sans boat).

The Beauty Tribe took a big lead, but got knotted up mid-challenge, which gave Brawn and Brains a nice advantage. However, thanks to Caleb's impeccable aim at the final target, his tribe came through and landed the win, while the Brains Tribe finished second.

Unfortunately for Brawn, panic immediately set in for Alecia, who knew her group would be headed back to Tribal, so she did the only thing she could to try and secure her own safety—she went searching for an Idol. 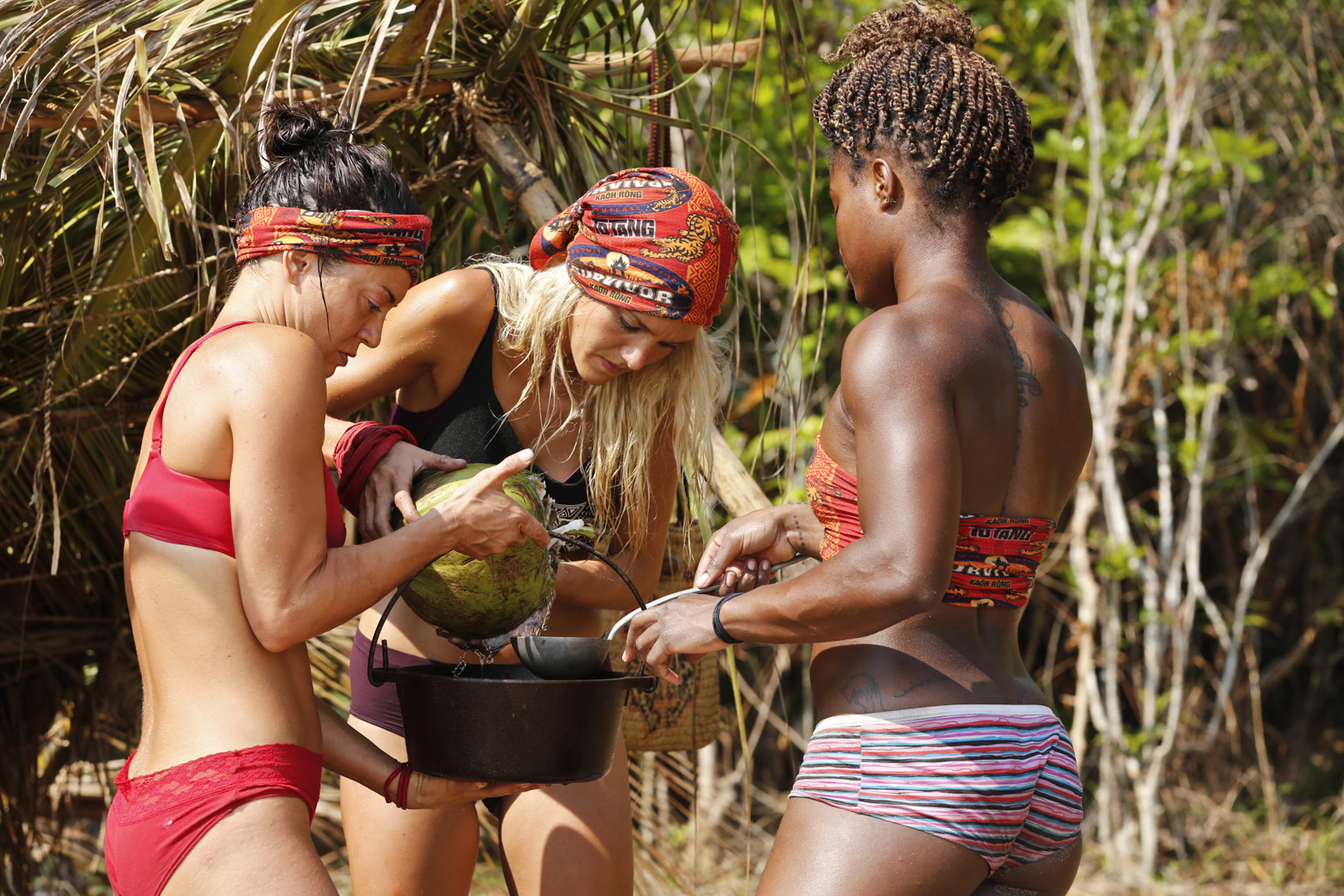 An all-girls alliance is in the works.

With Tribal Council quickly approaching, everyone was understandably on-edge walking around the Brawn camp.

As Jenny, Alecia, and Cydney walked along the shore, Jenny talked about starting an all-girls alliance to ensure their numbers moving forward. The group nodded in agreement and, together, planned to target the guys later that night. 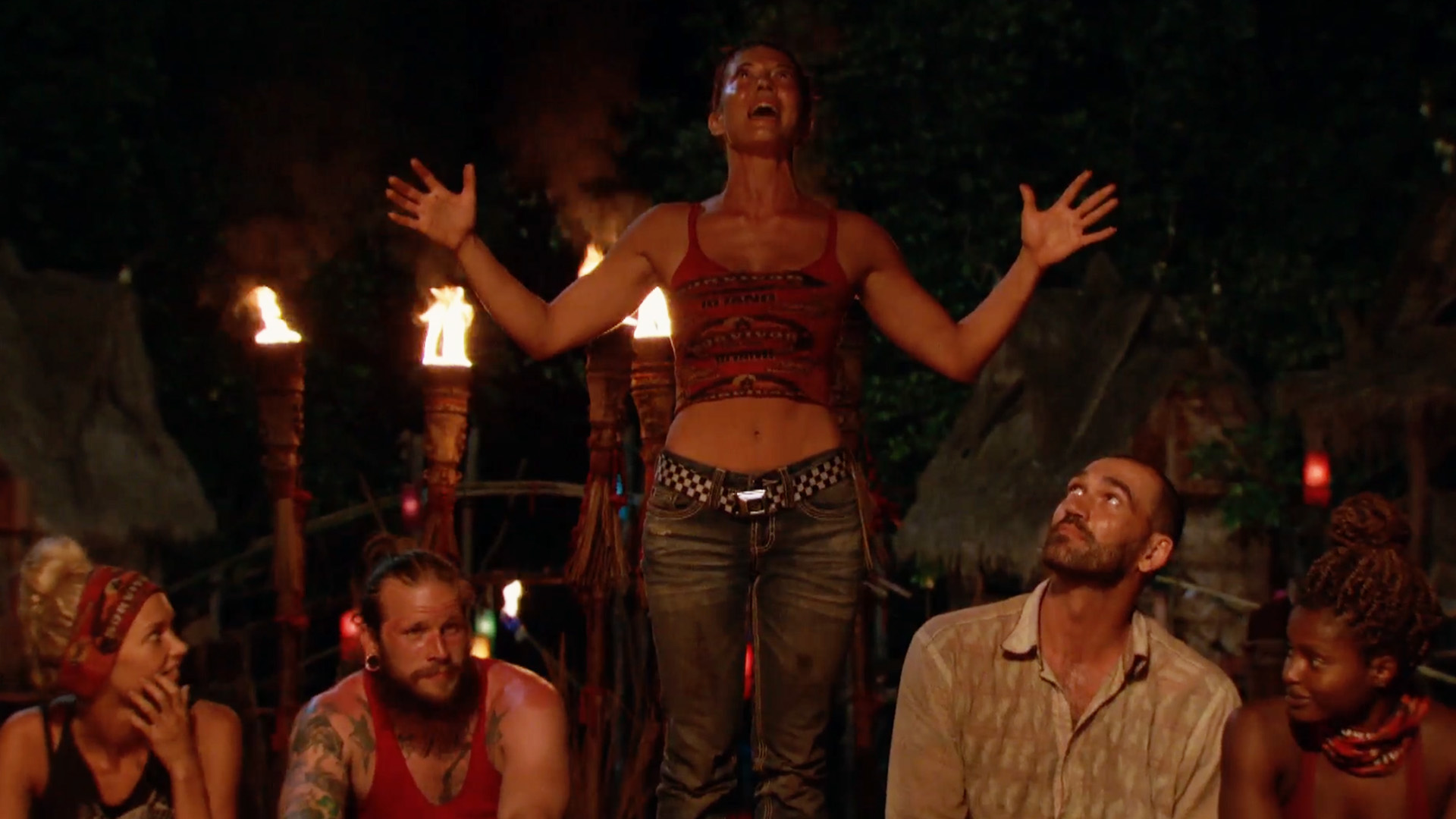 Jenny tells a bold lie and then tries her best to ask for forgiveness.

When host Jeff Probst asked Jenny how she felt going into Tribal, she shrugged and said everything was still up in the air, which didn't land well with Jason and Scot because as far as they knew Jenny was still working with them.

As the discussion turned to the formation of an all-girls alliance, Jenny immediately threw Alecia under the bus, saying the idea had left her lips first, but Blondie called her bluff, which caused Jenny to backtrack and ask the tribe's forgiveness. 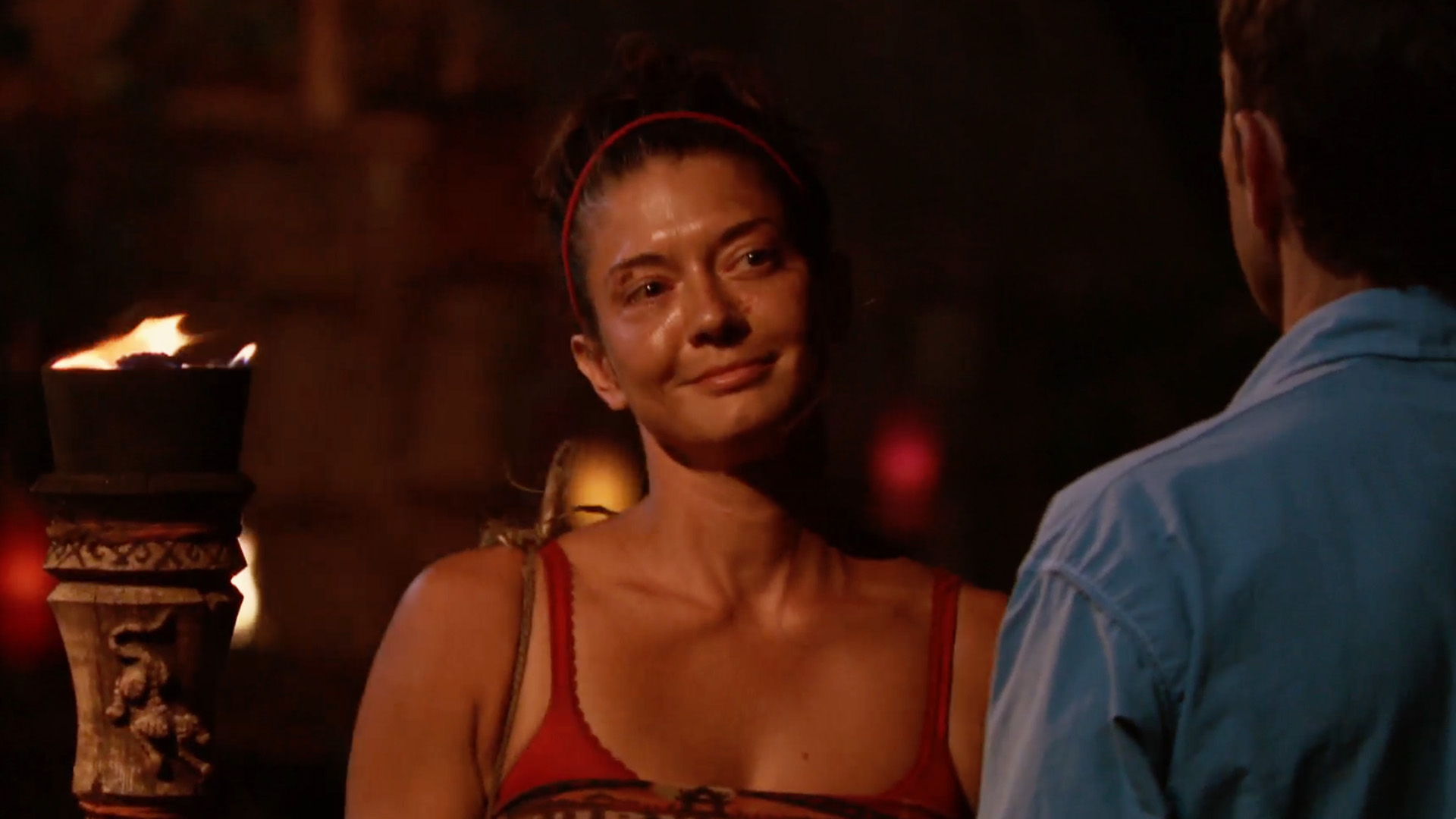 Jenny's spontaneous soapbox speech didn't end up saving her; instead, the tribe saw right through her back-pedaling, gave her the boot in return, and Alecia breathed a sigh of relief because she'd be staying in the game another week.

After Jeff snuffed Jenny, he reminded the remaining four Brawn tribe members of how things can change an instant in Survivor, saying, "One wrong word and it goes from good to bad, which means it can also go from bad to good."