Castaways Fight Each Other For The First-Ever Super Idol On Survivor: Kaoh Rong, Ep. 3 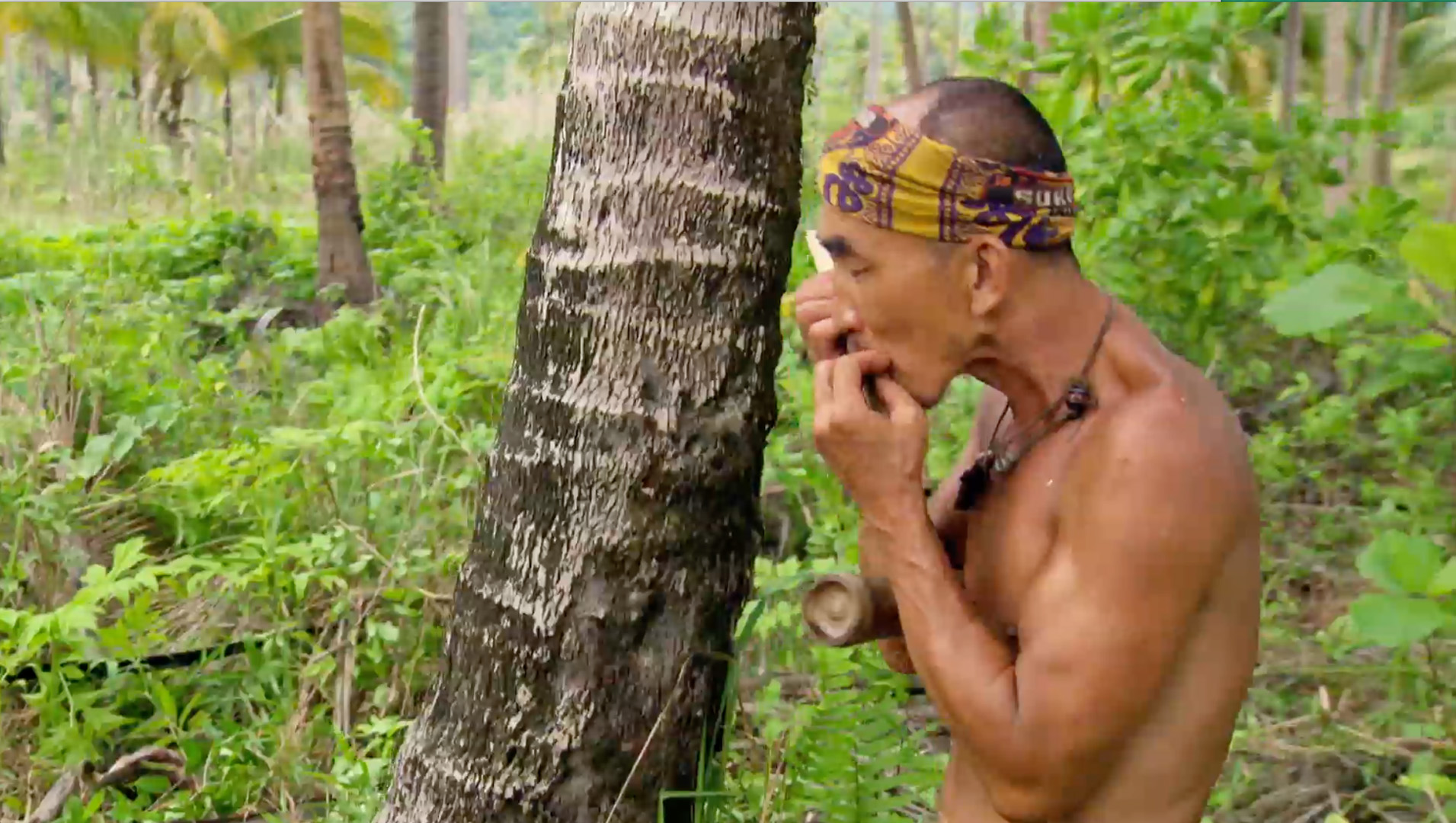 Tai continues his quest for the Idol.

Last episode, Tai's Idol search was put on pause when the task proved to be tougher than it appeared. However, going into this week, Tai was determined to bring that Idol home.

First, the gardener used a makeshift tool to retrieve the key from high up in a tree, which he kissed and thanked profusely for its gift. Then, he followed the map to a hidden treasure where he found the Idol buried in a box. However, inside, he found a very important note. 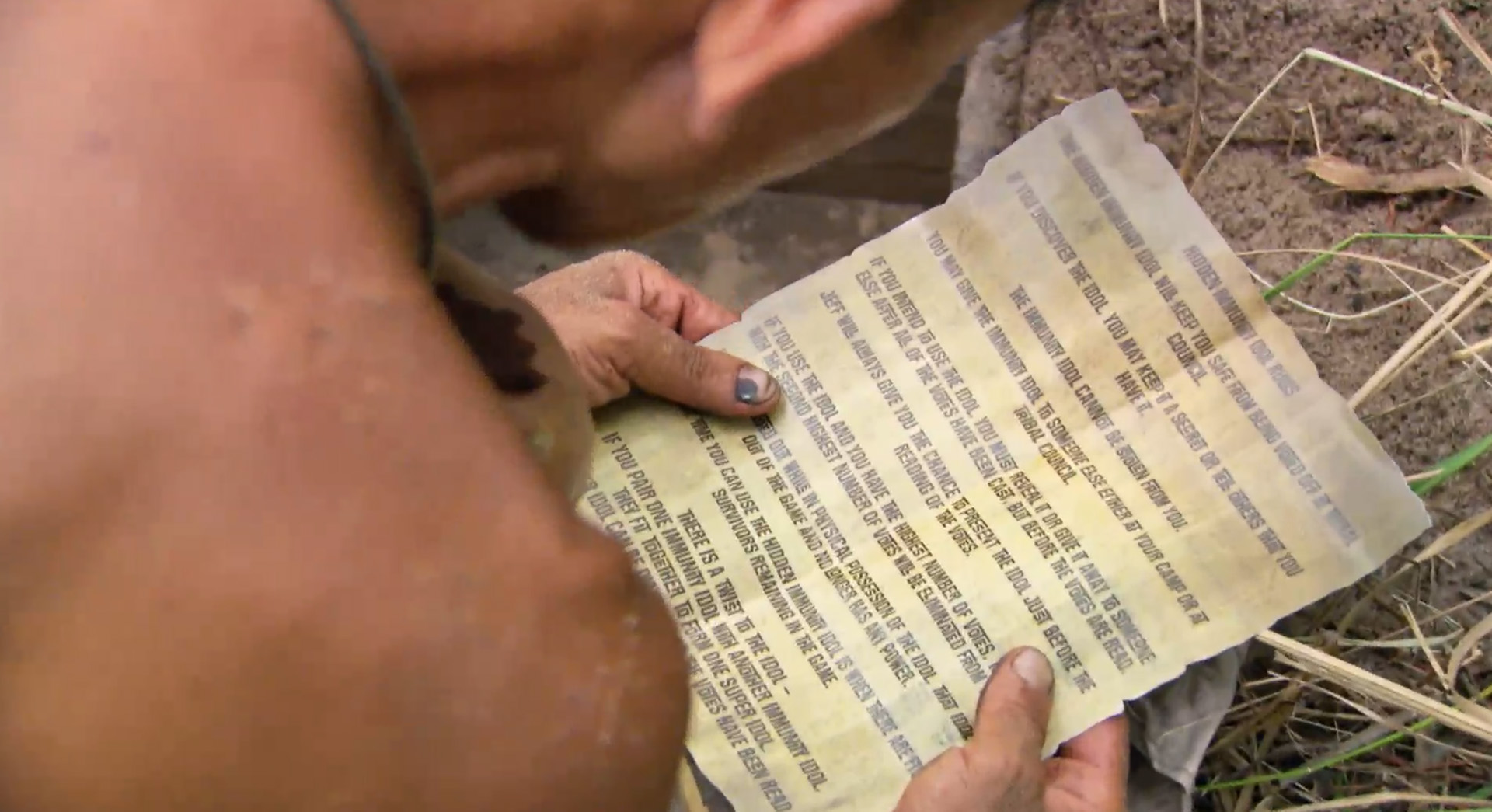 As Tai read the note, he learned of a new twist in the game: when one Immunity Idol is paired with another one, they fit together to form an unprecedented "Super Idol." Unlike the more traditional Immunity Idol, the Super Idol can be played after the votes have been read, which is a Survivor rarity. 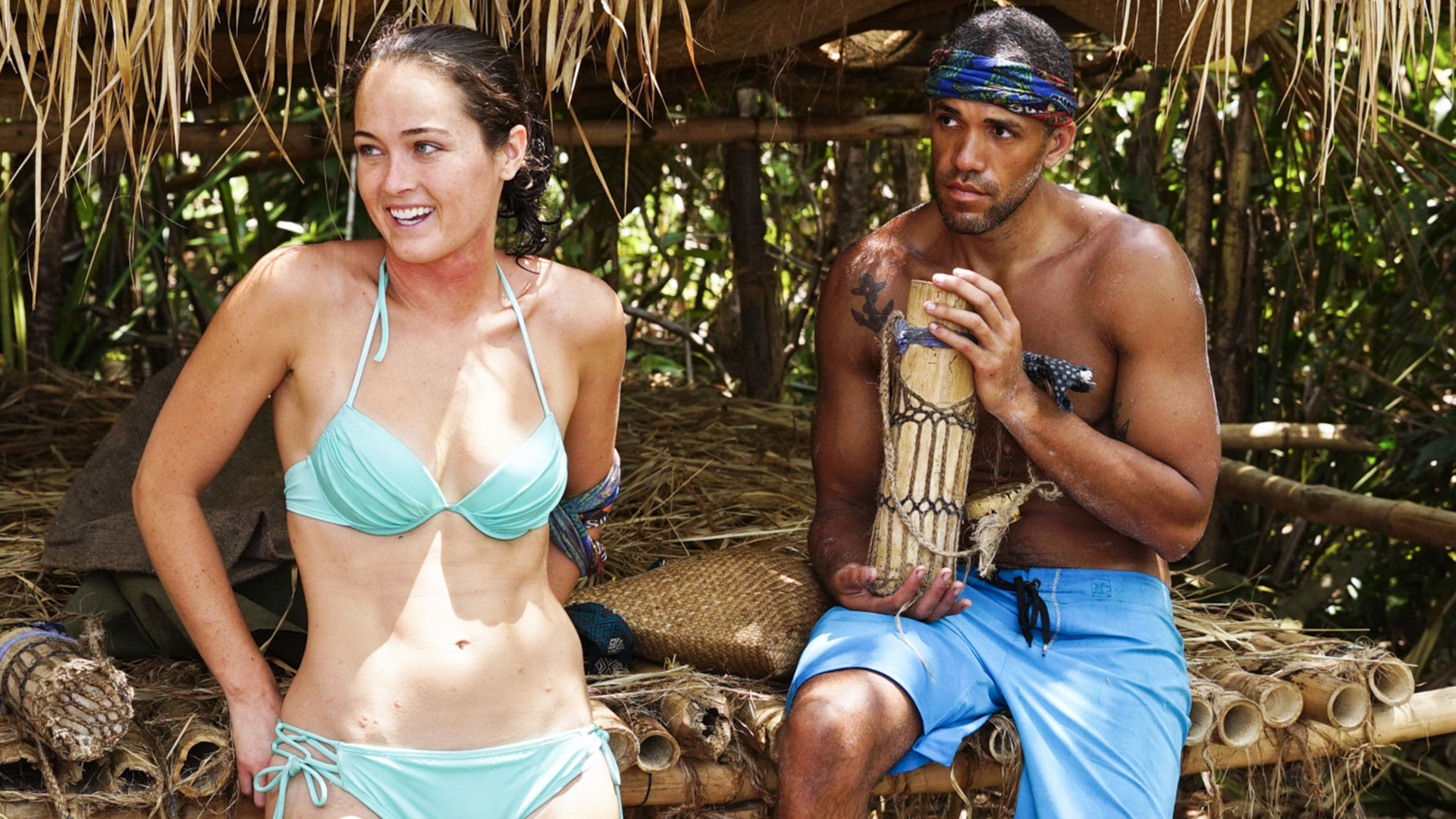 Liz and Peter put together a plan.

Allies Liz and Peter kept their eyes glued on the other Brains Tribe duos that seemed to be bonding around them. In one corner, there's Joe and Debbie. In another, you have Neal and Aubry. Together, the castaways went over their overall strategy moving toward the swap and thought over who would be best to shepherd into their core alliance.

Meanwhile, Debbie saw right through Peter and Liz's plan and decided from a distance and called the quantitative strategist a "prima donna princess" who needed to get the boot. 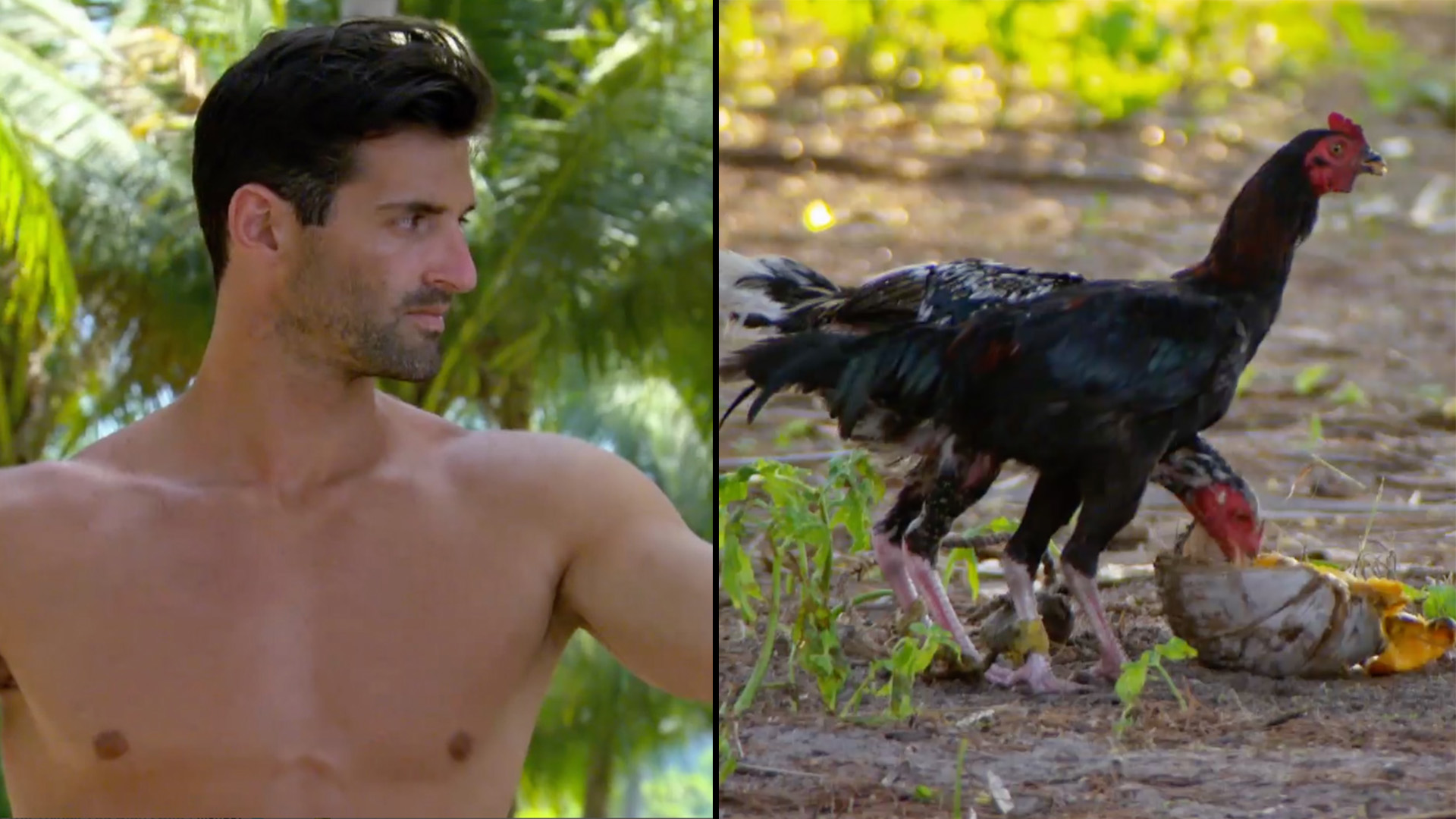 The circle of life is tough to grasp.

For some members of the Beauty Tribe, deciding to use their chickens for food was a tough pill to swallow, especially for Tai. While he understood the bird provided essential protein needed for competing in future challenges, but the devout animal lover still couldn't bare to see the chicken killed before his very eyes.

As Caleb began the euthanizing process, Tai couldn't help but cry, which seemed to irk Nick, who said the gardener's reaction was not the right way to play the game. 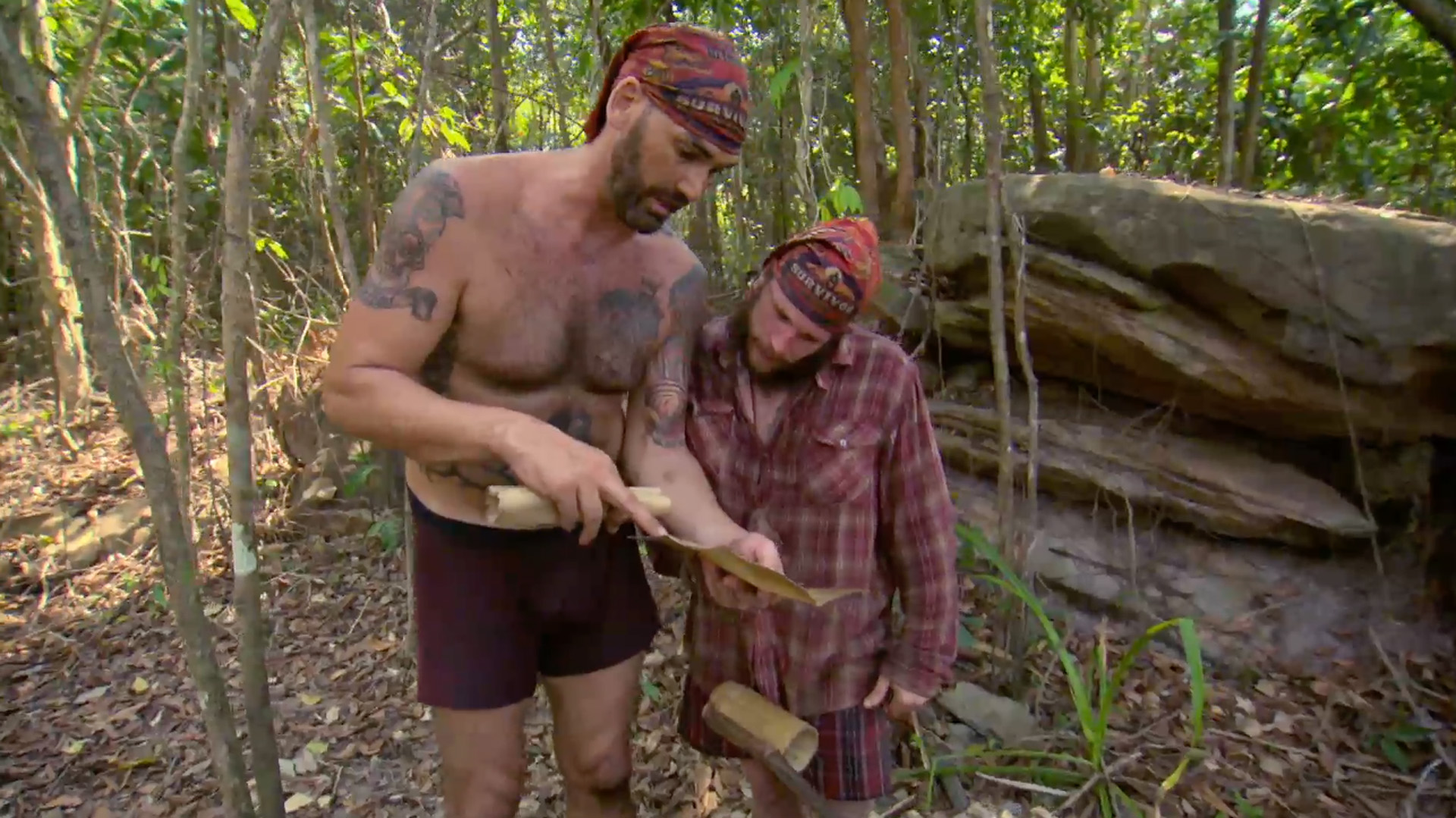 A cutthroat fight for the Idol has Brawn Tribe sprinting.

Alecia and Cydney found a clue together, but just as they dug for the Idol, Jason saw them in the distance, which caused the girls to drop what they were doing. Alecia walked away, while Cydney discretely found the Idol box, but noticed it was locked.

In order to get the target off her own back, Cydney went back to camp and told the guys Alecia found the clue instead. With that intel, Jason and Scot immediately sprinted off into the woods where they were soon joined by the girls. Jason ended up finding the clue, but the whole tribe sprinted toward the tree, which contained a key to open the Idol box.

The men teamed up and managed to jiggle the key free, but when it dropped to the ground, complete chaos ensued. However, in the end, Jason managed to catch the key, but Alecia wasn't too far behind. 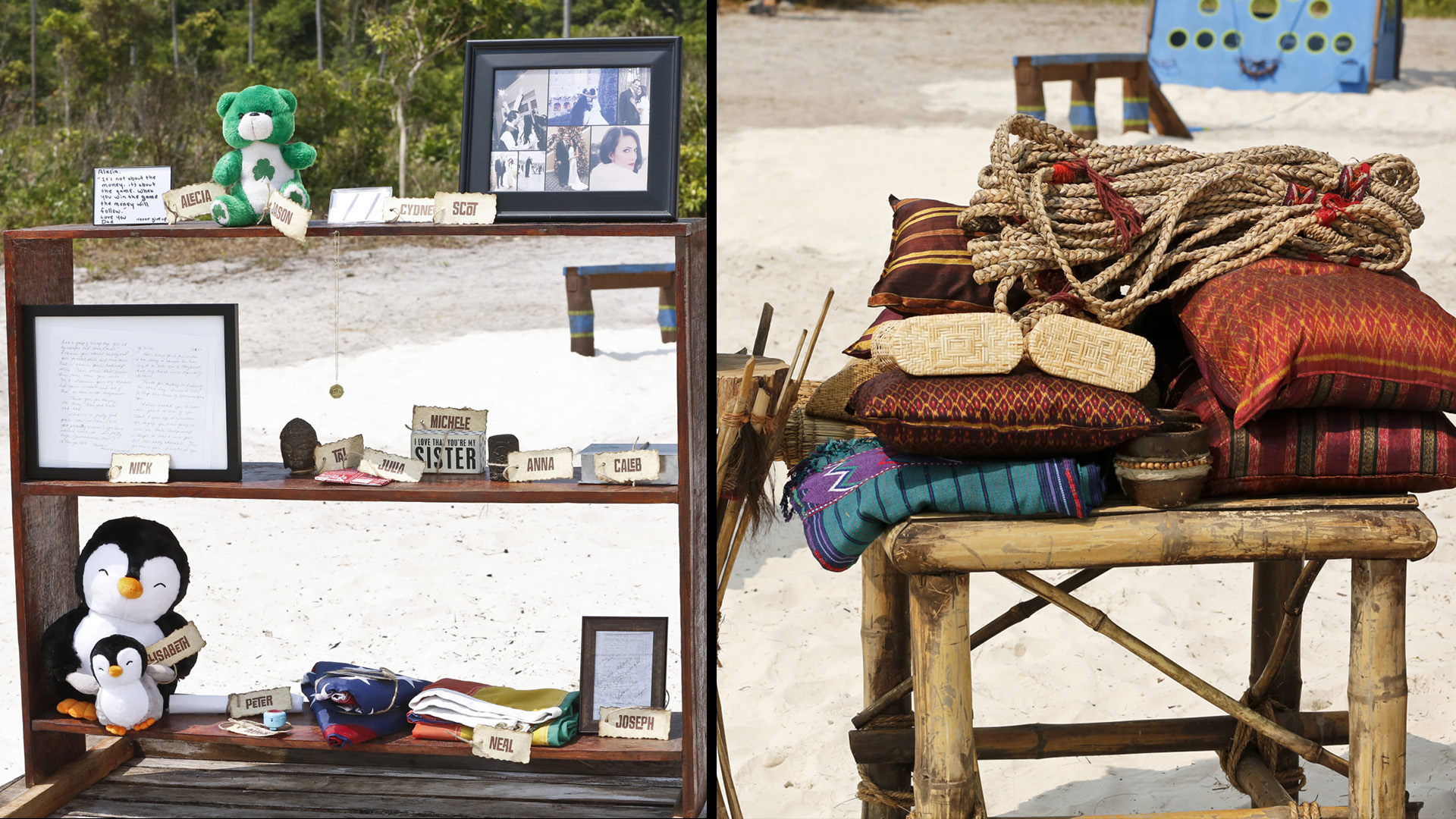 Castaways compete their hardest for comfort or emotional Rewards.

This week, the winners of the Immunity Challenge were given the option between comfort or emotional items to take with them back to camp. After an intense battle of balance, strength, and teamwork, the Beauty Tribe took first place—thanks, in part, to Caleb's impressive skills—and chose the comfort Reward, while Brawn landed in second, primarily due to Cydney's precision. 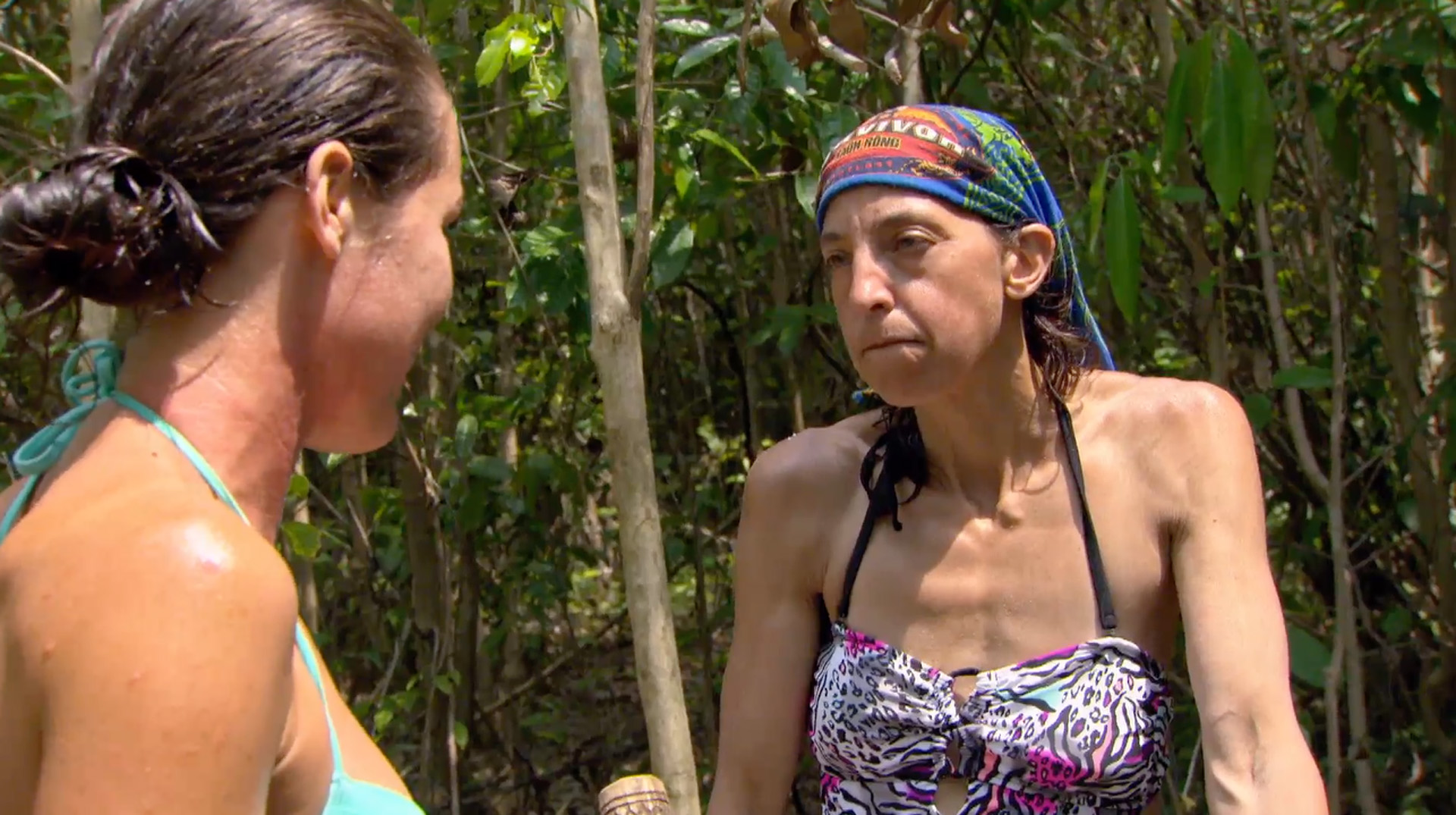 After losing the Reward Challenge, Liz got to work setting her strategy in motion by planting seeds around camp that Neal should be the one to go home, but Debbie wasn't hearing it. Then, once Neal learned Liz's plan to give him the boot, he ran over to tell the news to Peter and Aubry, who was starting to realize Peter might be turning into the Brains Tribe's mastermind.

Who would vote for whom at Tribal? It was any castaways' guess. 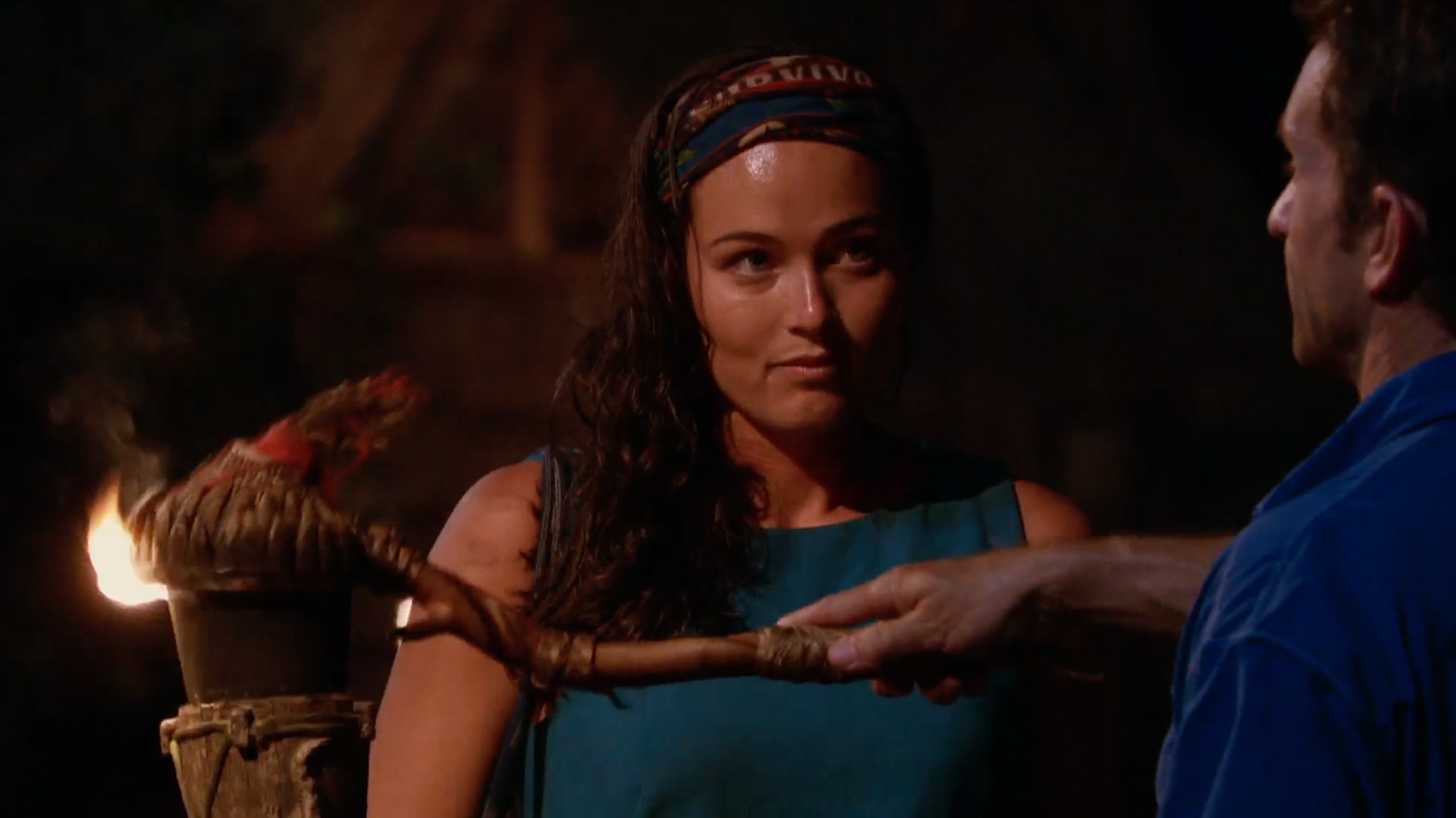 After a three-way voting tie between Aubry, Liz, and Peter, the remaining three castaways—Debbie, Joe, and Neal—were asked to vote again for the castaway they wanted to send home. When host Jeff Probst called out the votes, Liz learned the surprising news that she was the third castaway voted off this season.

Jeff reminded the remaining Brains Tribe members, "Well, for all the talk tonight about how smart this tribe is, the vote illustrates that Survivor is always about emotional intelligence—your ability to pick up on social cues. That's what gets you to the end."

Watch all-new episodes of Survivor on Wednesdays at 8/7c.