The Most Intense Moments From Survivor: Kaoh Rong's Groundbreaking Episode 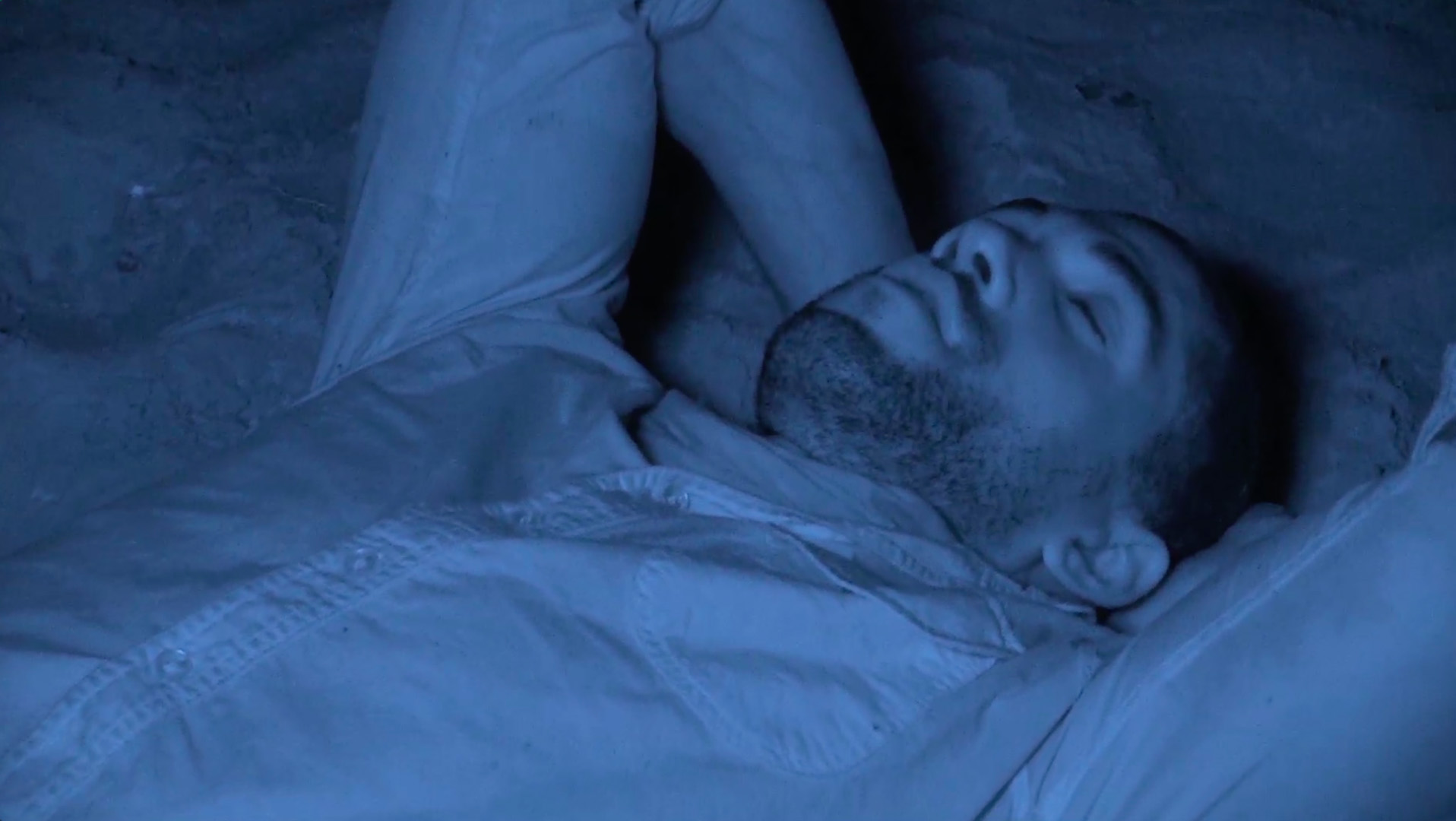 Back at the Brains Tribe, Peter fell to his lowest point yet.

Coming off of Liz's elimination at Tribal, Debbie was feeling like the real mastermind behind the blindside and a perplexed Peter was left with his stomach in knots knowing his closest ally was gone.

"We’re now the pea-brains, not the Brains Tribe," he said. "We're screwed. We don't have a strong tribe anymore, physically or strategically." 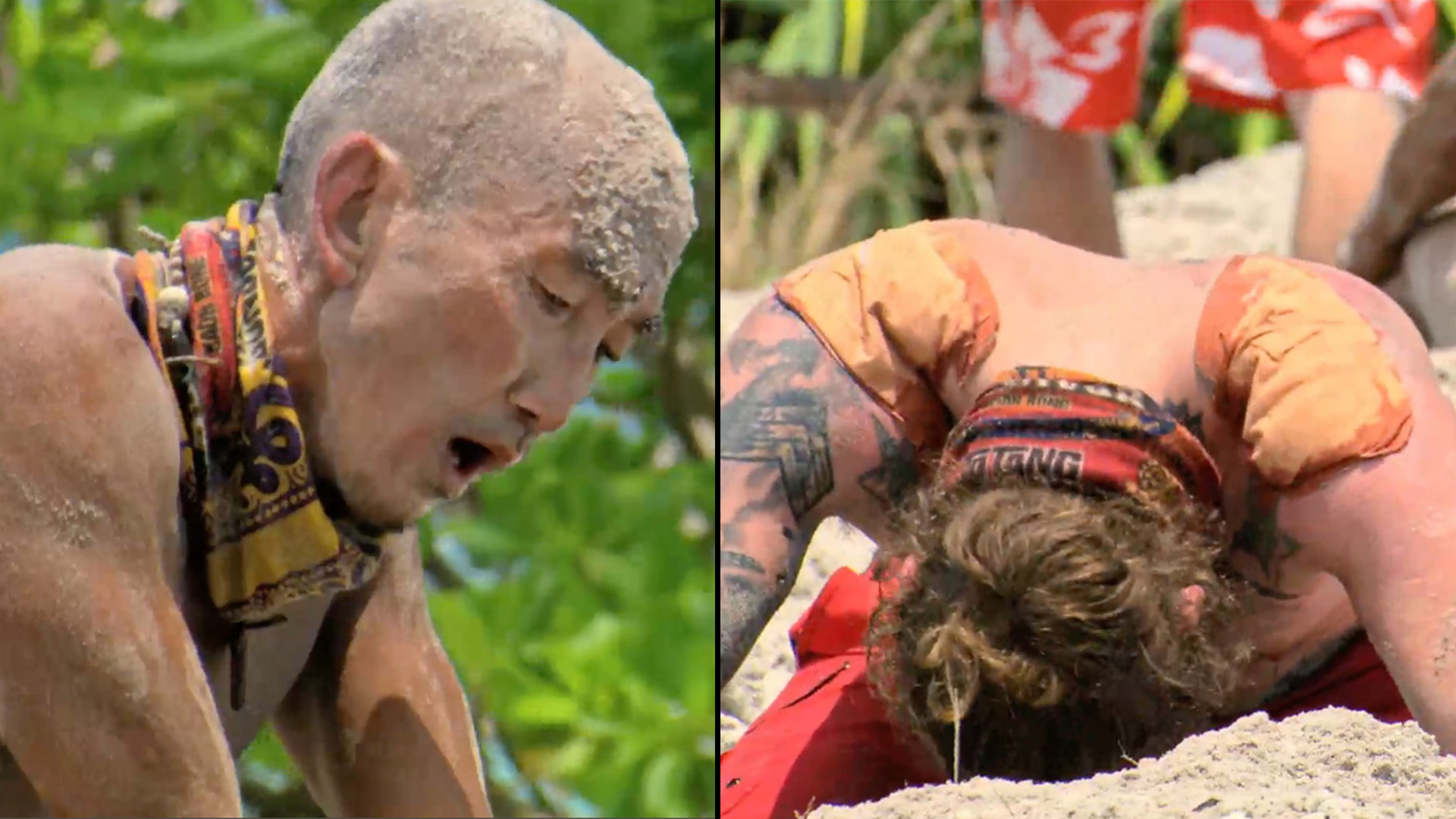 The heat takes a toll on the castaways during the Reward Challenge.

This week's Reward Challenge began just as expected, with all the castaways competing their hardest and their eyes fixated on the prize, which, in this case, was a smattering of various spices to use when cooking at camp.

About 45 minutes into the challenge, though, things intensified when the tribes began digging for three bags of sand. Absolute exhaustion started to take its toll on most of the castaways.

After over an hour of excavating, the Brains Tribe successfully recovered their three bags and pushed themselves to the final leg of the challenge, while the other tribes continued to pant their way through each scoop. 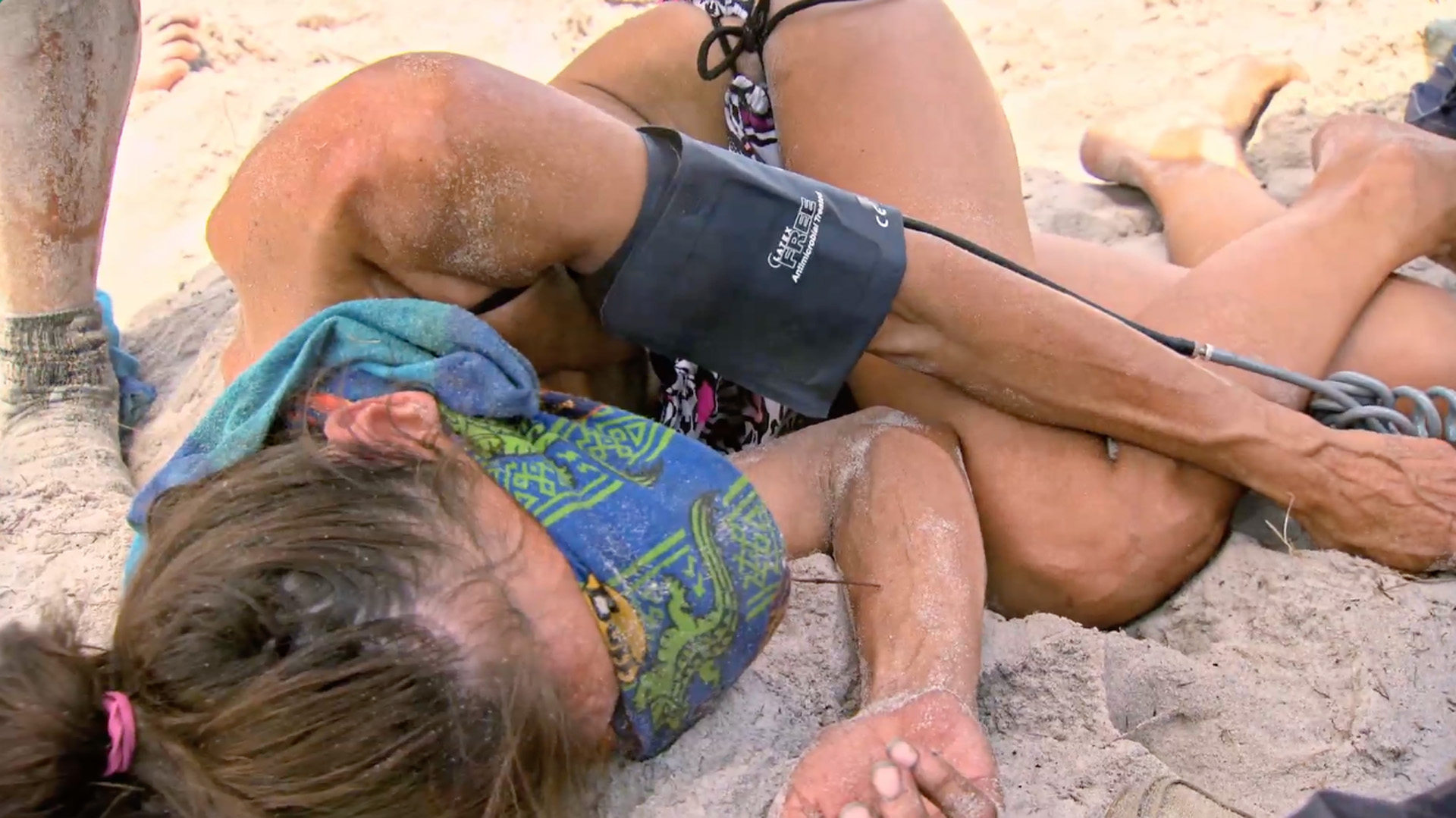 Debbie is the first to struggle with the heat.

Following Brains' first-place win, Debbie told her tribe she felt like her insides were on fire. Moments later, medics were called into the situation to bring relief to Debbie's body. As cool water was poured over her forehead, her condition slowly improved and, since her team had already won the challenge, she was able to focus solely on her own recovery. 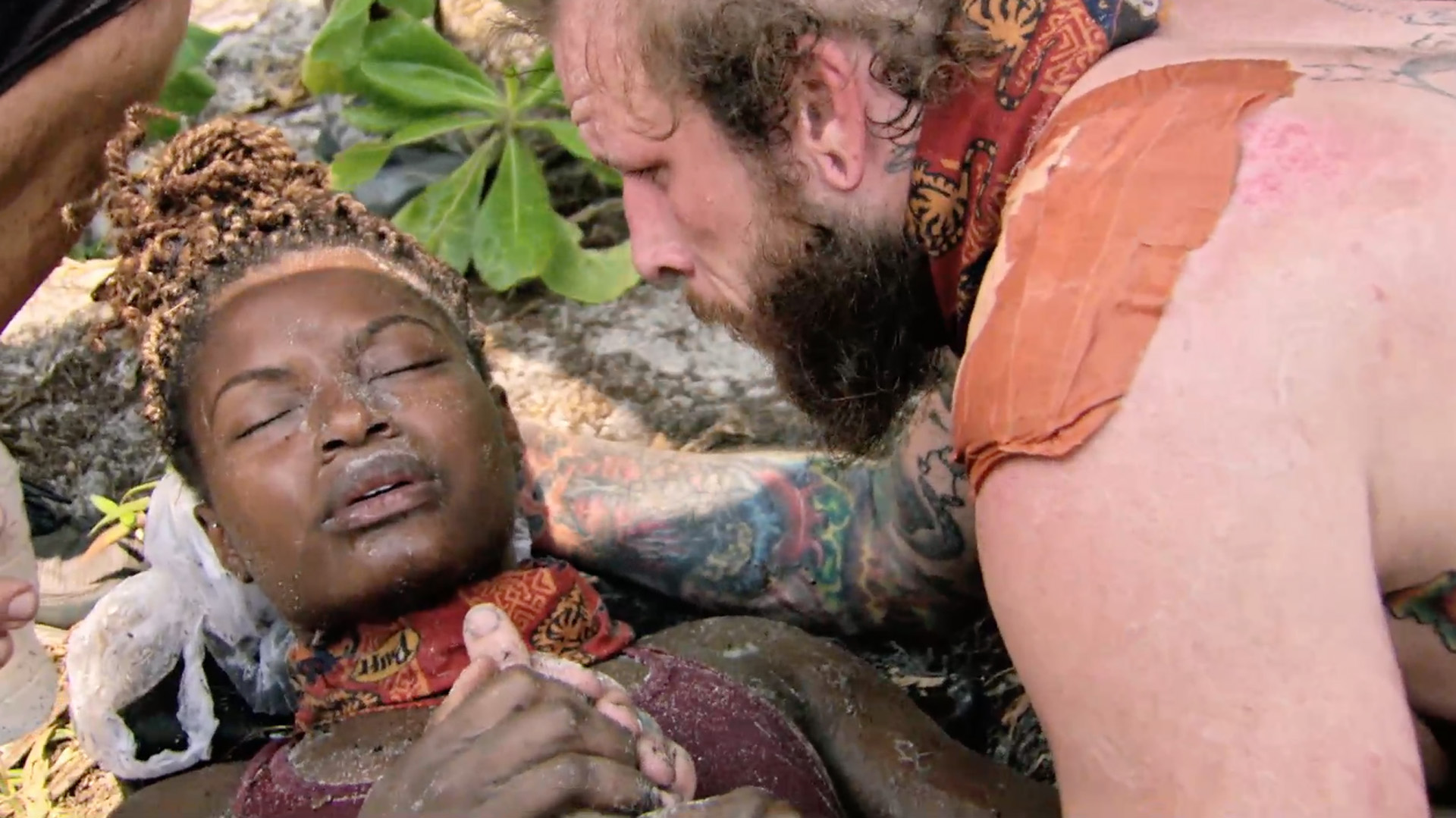 Jason stays right by Cydney's side as she tries to cope with the heat.

Just as the Beauty Tribe won second place in the challenge, Brawn Tribe member Cydney struggled to move from her seated position. Without missing a beat, Jason came to his teammate's aid and even assisted the medics who stepped in to help her body cool down. 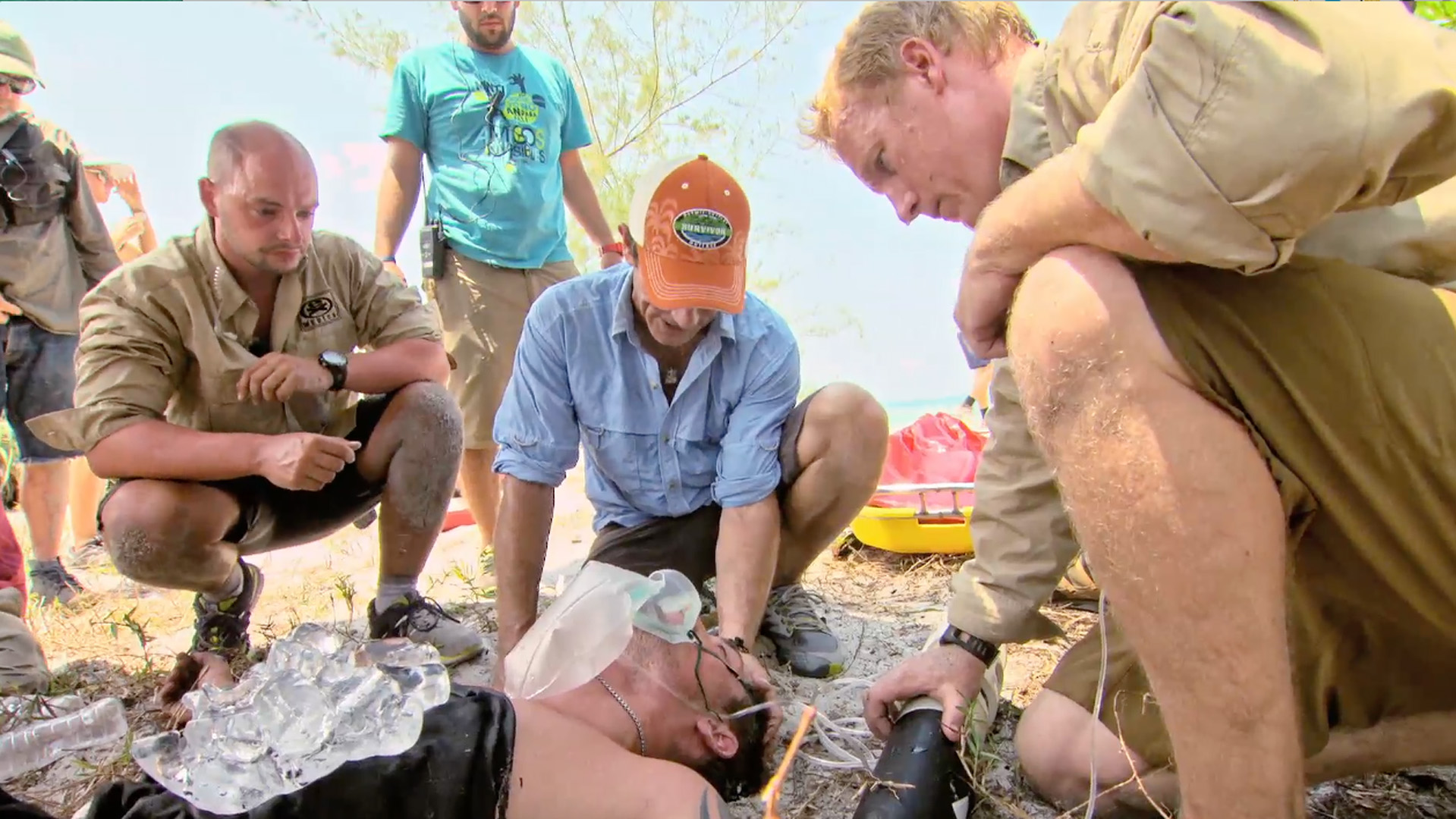 Meanwhile in the distance, another castaway was dealing with post-challenge complications: Beauty Tribe member and former Big Brother Houseguest Caleb, who fell to the ground, exhausted and overheated. 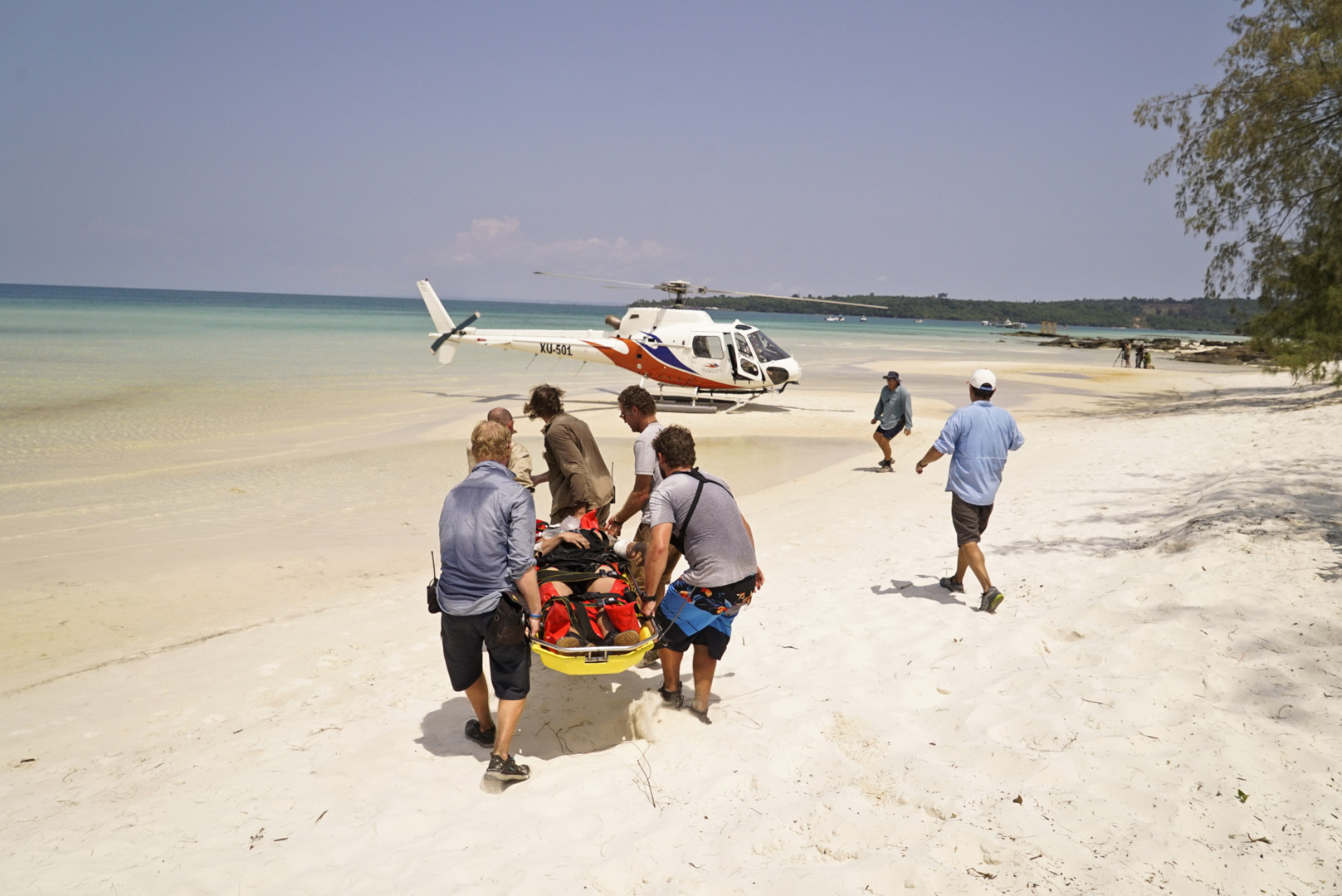 Caleb is taken out of the competition.

As Cydney's state steadied, Caleb wasn't improving and was evacuated to a nearby hospital for additional care.

Tai and the rest of his teammates were brought to tears as one of Survivor's toughest competitor was removed from the game. 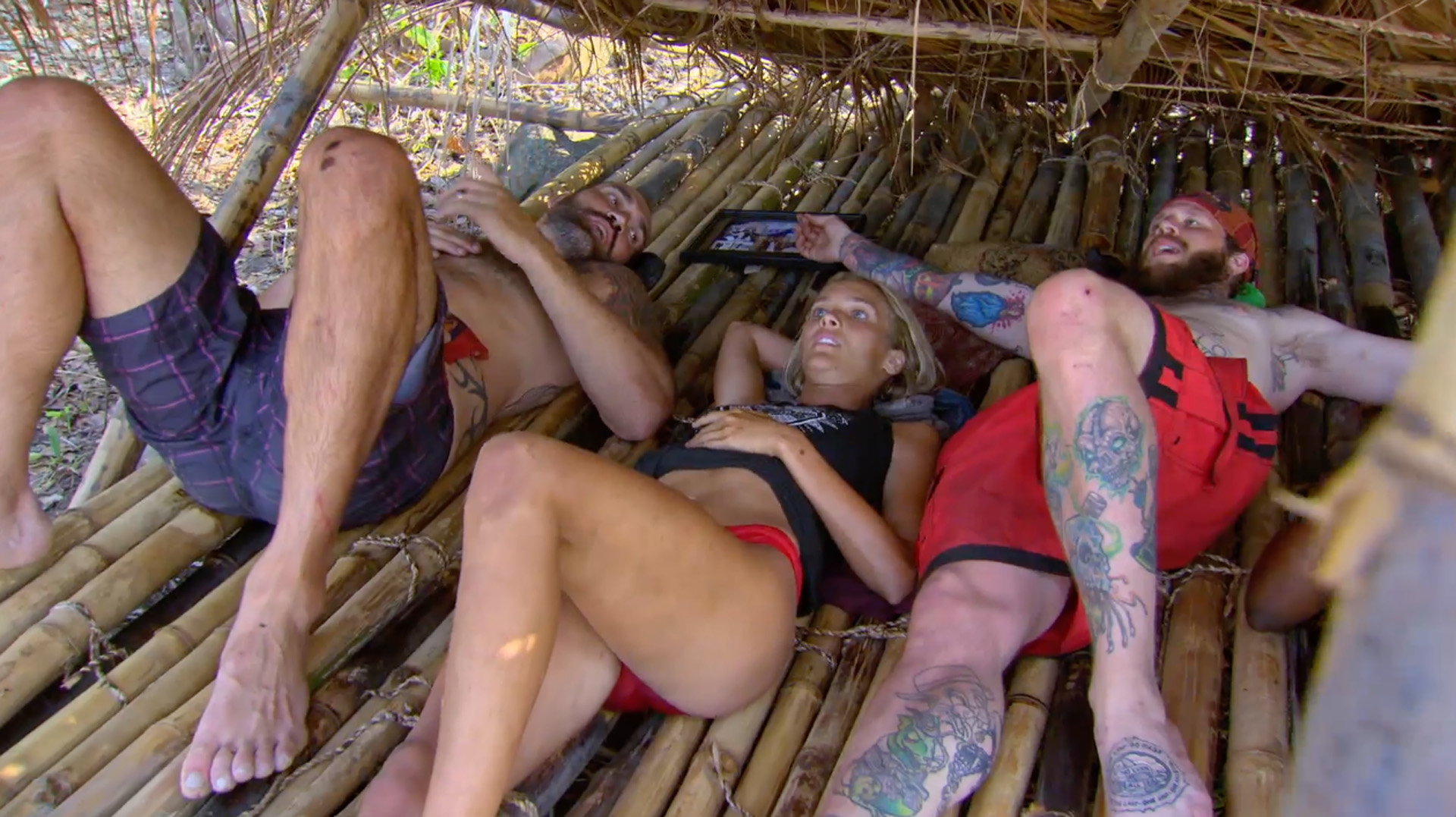 Back at camp, Alecia and the Brawn boys bump heads.

Following the afternoon's unexpected events, the castaways returned to camp and quickly reverted back to strategic game play.

On the Brawn Tribe, Alecia called Scot and Jason out on their behavior toward her during the challenge, saying they should've supported her positivity instead of criticizing it. To that remark, Jason snapped, "You've never been on a team in your entire life and you're trying to tell an NBA champion how to be a teammate?"

Despite the bickering, though, Alecia refused to back down, which only infuriated her male tribemates even more. 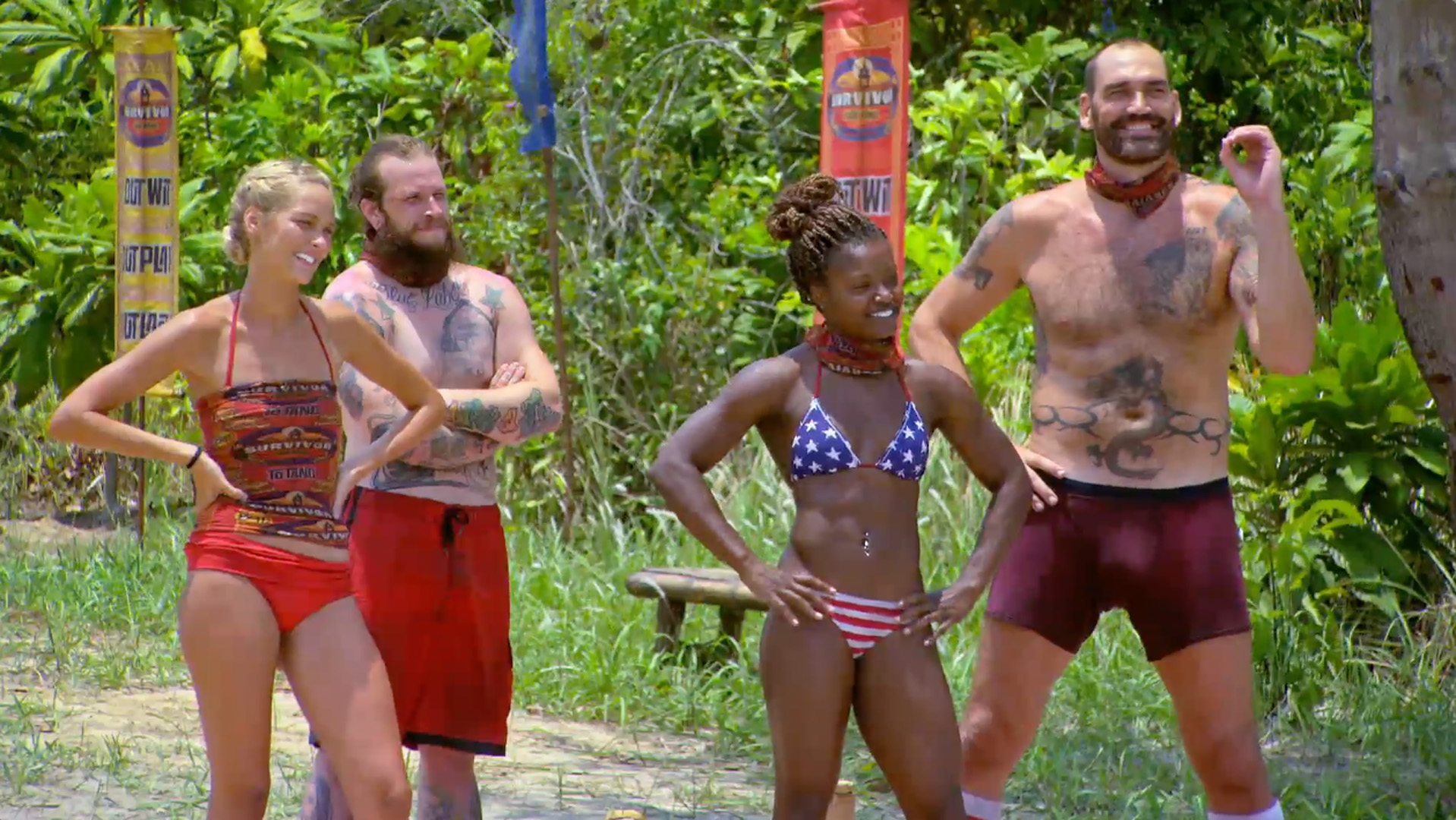 Alecia says no to an early Tribal Council.

After all the castaways recovered from the dramatic Reward Challenge, everyone turned their attention to Immunity.

Unfortunately for the Brawn Tribe, they came in last place—again—which prompted Jeff to ask them about the odds of Alecia surviving Tribal. Scot threw up a zero sign, so the host suggested the team vote right then and there. Scot and Jason were game, but Alecia refused, saying, "I'm not doing Tribal right now. That would be giving up."

Much to the dismay of the Brawn bros, the tribe's decision would have to wait until later that night. 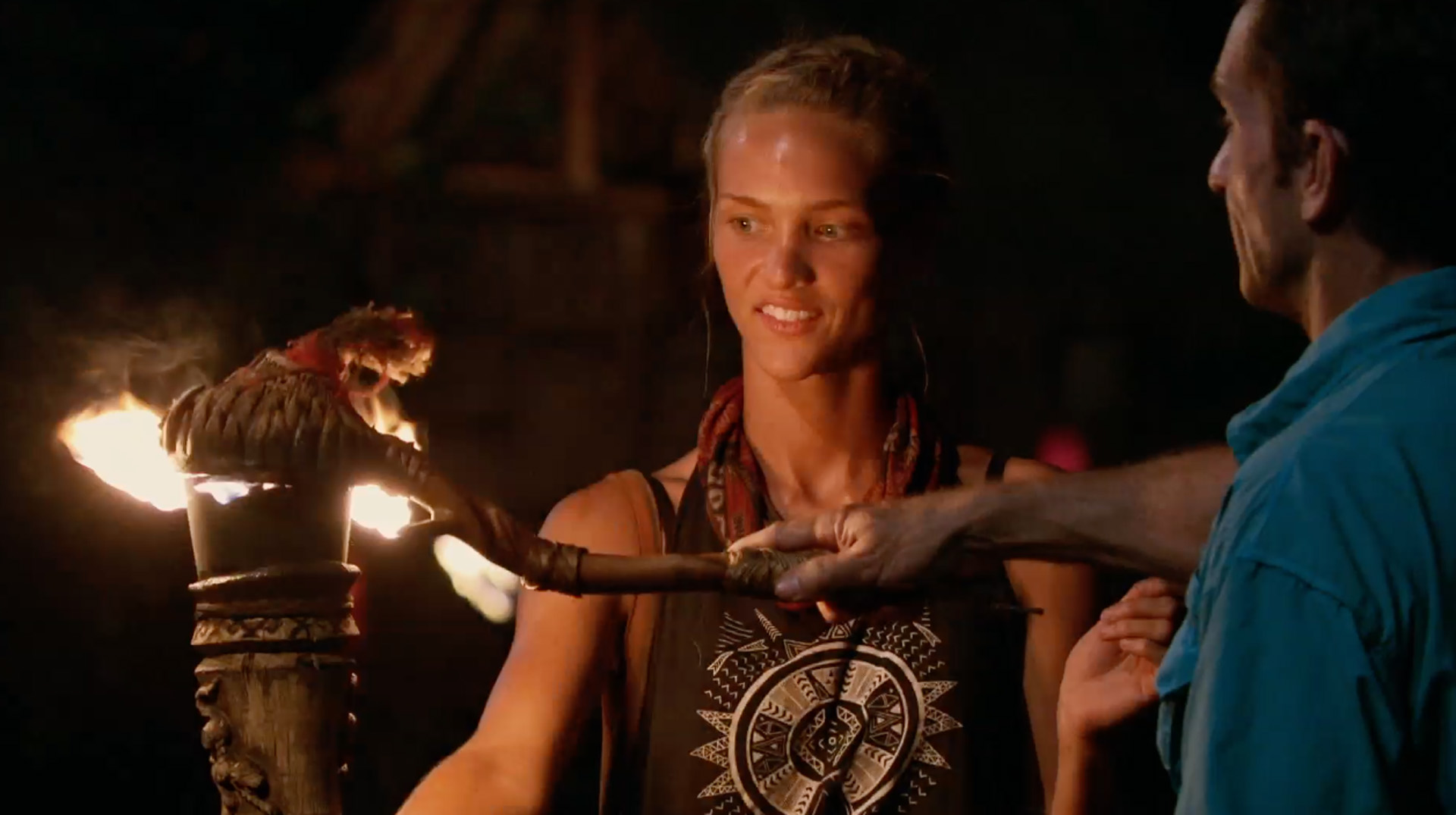 This week's Tribal is a wish come true for Scot and Jason.

At Tribal Council, the ongoing friction between Alecia and her male teammates only continued and by no big surprise, Alecia was asked to leave the island once the final votes were tallied.

Jeff reminded the remaining three Brawn Tribe members, "Well, if there's been one thing consistent on this tribe, it's the three of you. Is that bond enough to get the three of you to the end?"