The Pulse Of Survivor: Kaoh Rong Quickens In Ep. 6 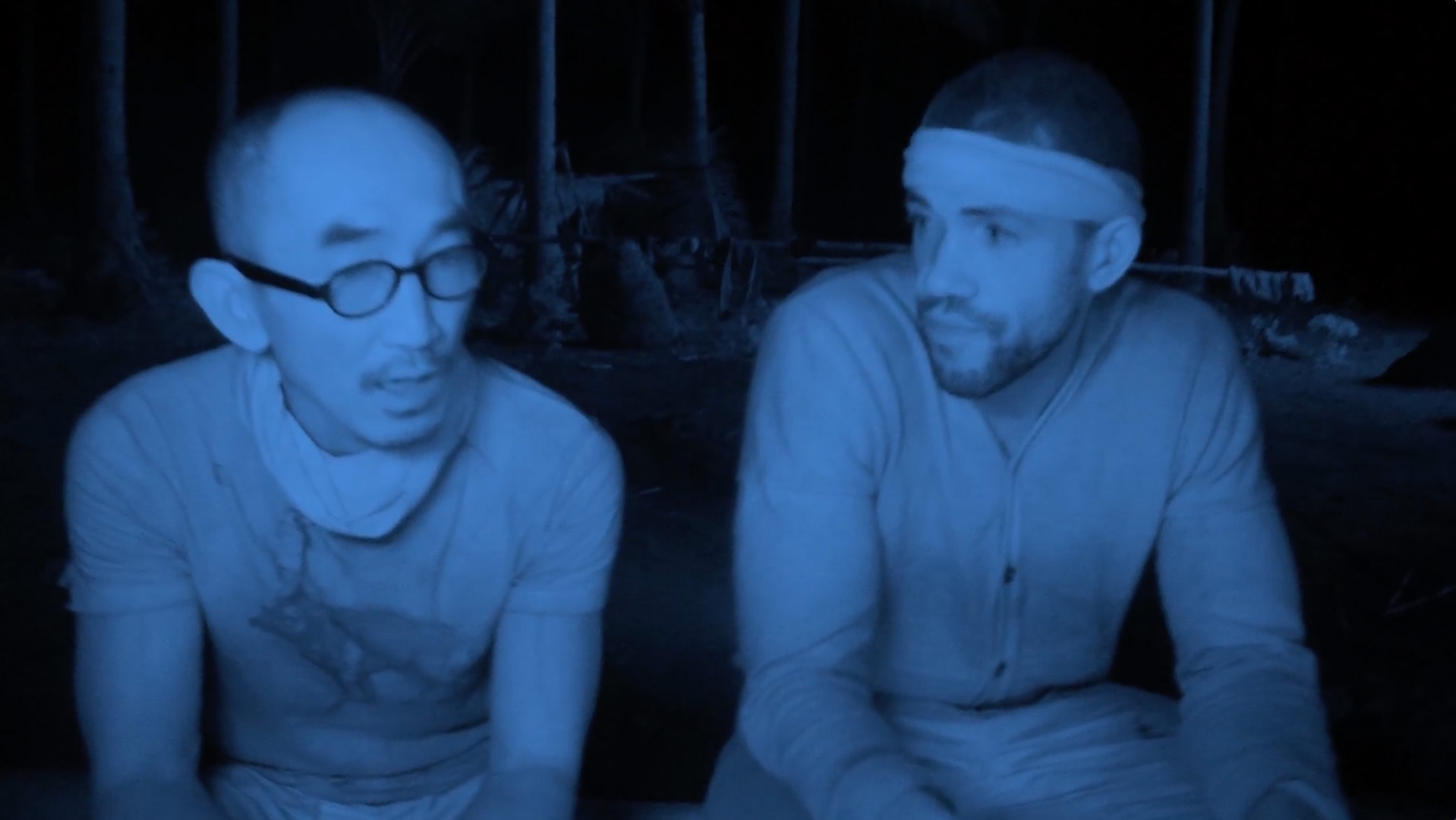 1. Peter turns to Tai with a plan for the week.

Coming out of last week’s Tribal Council, Tai showed genuine gratitude to his tribe by doling out big hugs to his fellow castaways back at camp.

Later, when he grabbed Peter for a chat, he learned the ER doctor was aiming to knock out Former FBI Agent Joe this week, saying that nothing was going to get in the middle of him and the $1 million prize. 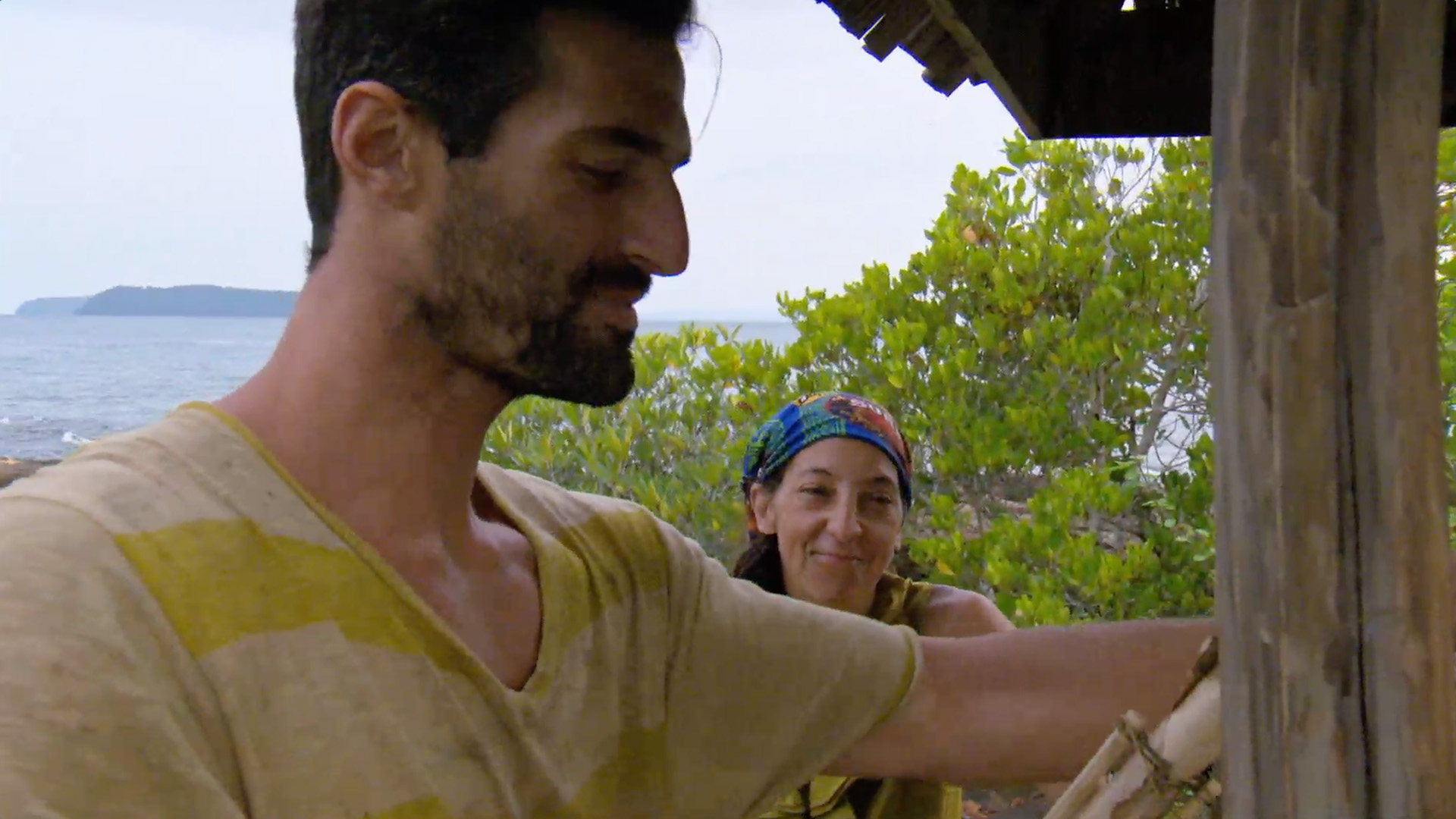 When Debbie grabbed Nick for a beach stroll, she couldn't help but notice his statuesque physique and chiseled bone structure resembled that of a Greek god.

Debbie might've thought she was being slick, but her swooning wasn't lost on Nick, who said he took note of the chemist's flirty tone but wasn't sure if she was buttering him up just to scorch his Survivor journey at the next Tribal Council. 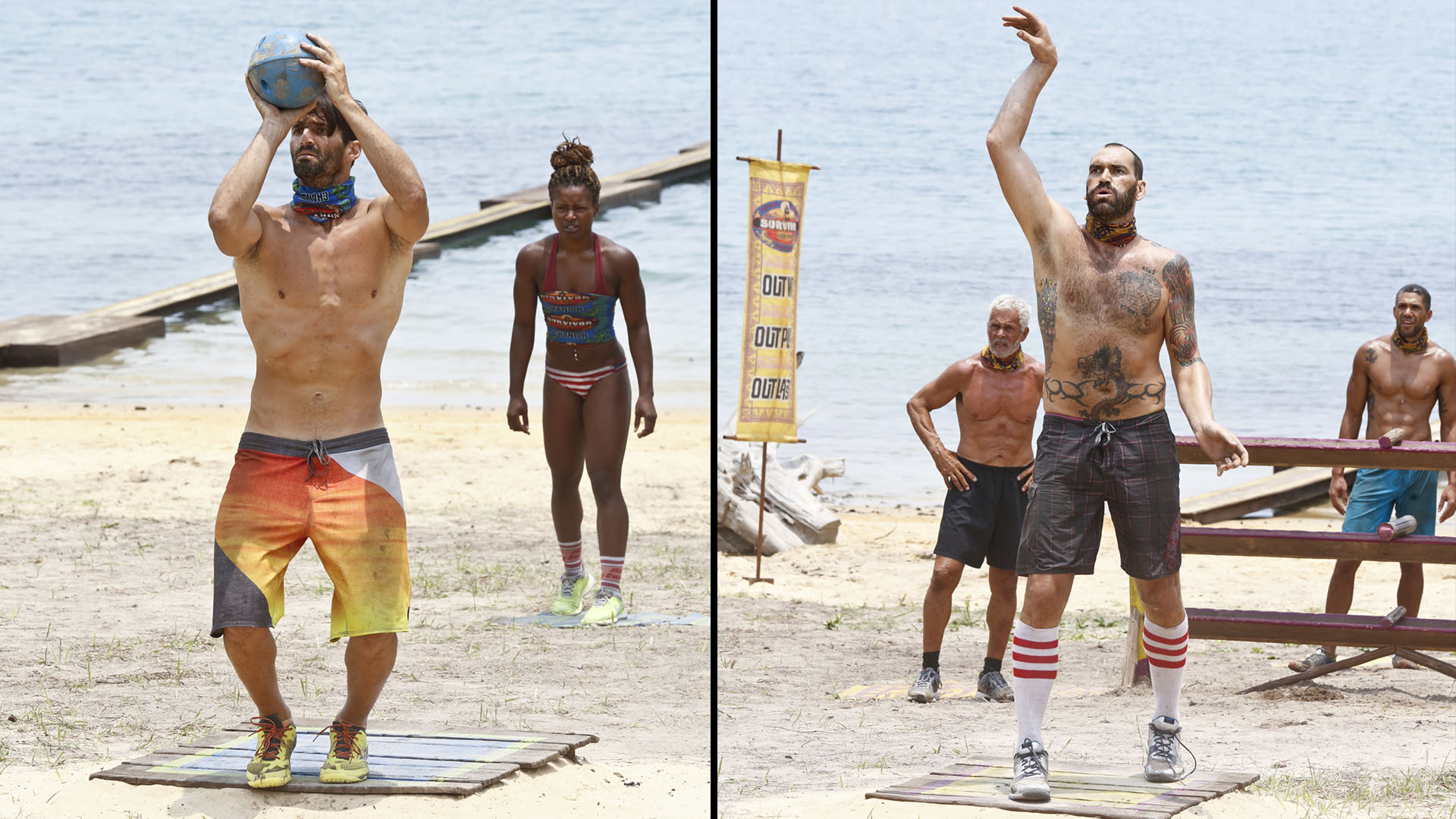 3. Scot and Nick battle it out at a basketball-themed Reward Challenge.

Just before this week's Reward Challenge kicked off, Julia returned from isolation, joined the Gondol Tribe, and learned the prize would be a Survivor-style picnic filled with savory goodies. With valuable food and nutrients up for grabs, the game was on!

When the challenge called for the castaways to shooting 10 buoys into a basket, all eyes were on former NBA champion Scot, who went head-to-head with Nick. Scot was intent to live up to his impressive b-ball reputation and, even though Nick grabbed the lead, at first, it was Scot who took the win for Gondol. 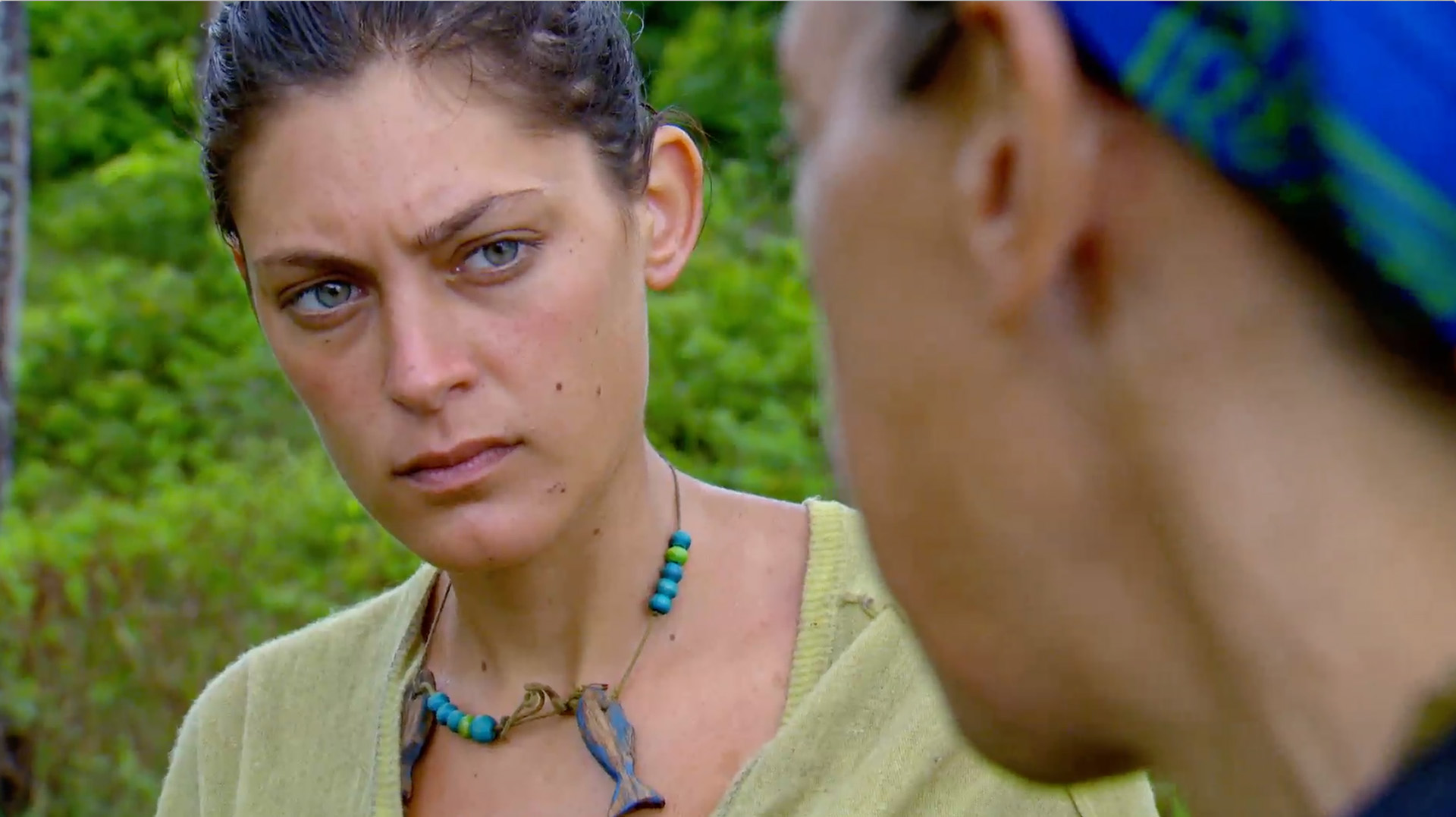 4. Michele blames herself for her tribe's loss.

Back at camp, Michele kicked herself for contributing to her tribe's poor performance during the challenge and said it was enough to put her head on the chopping block. While she turned to Debbie to vent her frustrations, Nick swooped in and tried to take Michele under his wing, but the plan backfired with Michelle saying, "I don’t need to be carried, bro." 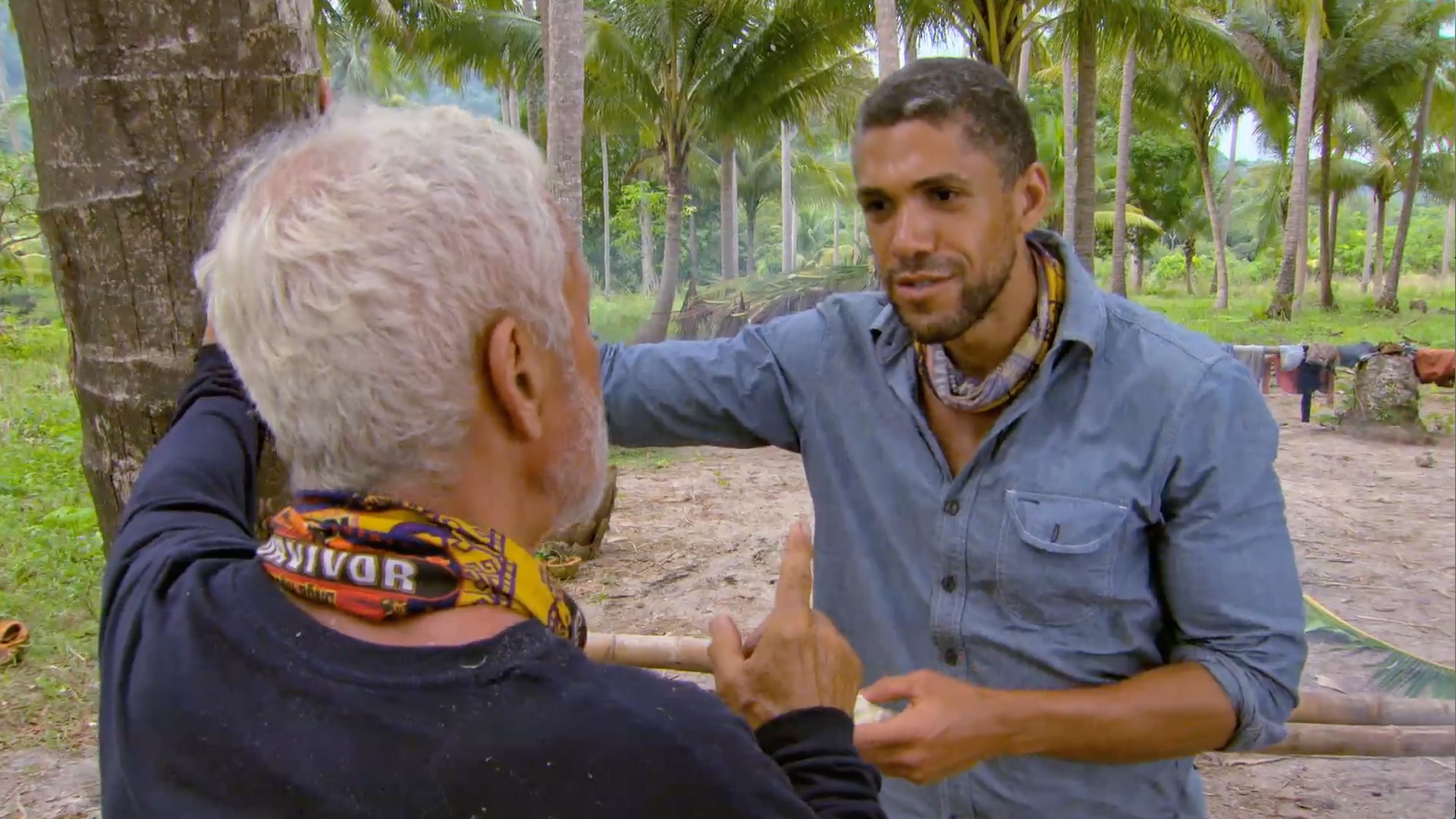 5. Joe puts Peter on the spot.

The scheming continued around camp as the castaways looked forward to their next Tribal Council. Peter told Julia his plans of outing Aubry, but the social media marketer caught wind of Peter's strategy and was none-too-pleased by his plans.

That's when a straightforward—and somewhat uncomfortable—confrontation occurred between Joe and the ER doctor.

When Joe point-blank asked Peter if he had been trying to take him out, the former Brains player dodged the question, but that only fueled Joe's intensity. The former FBI agent was peeved by Peter's side-stepping and said he planned to take the good doctor out once and for all. 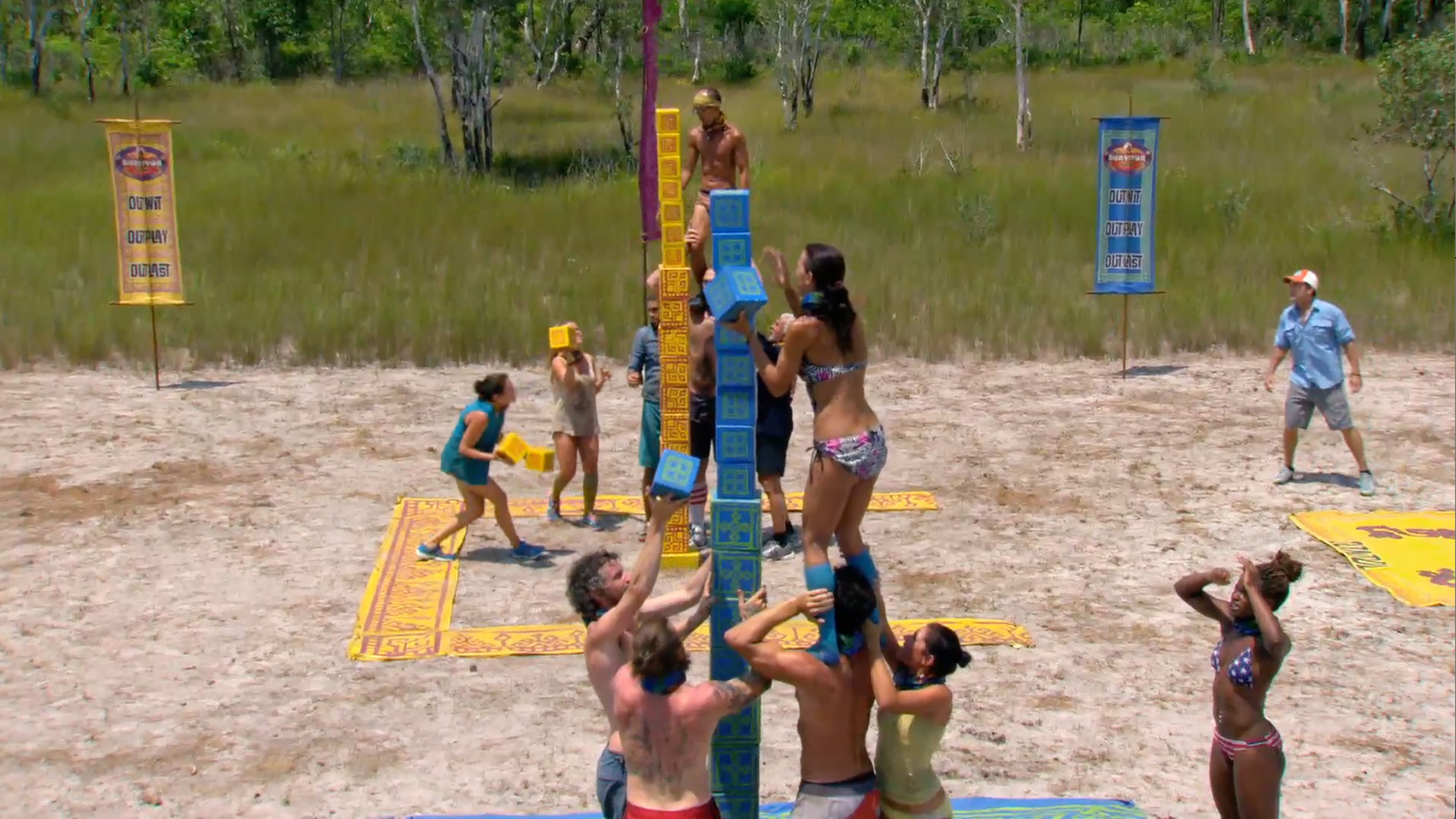 6. Tai and Debbie climb to great heights in the Immunity Challenge.

This week's Immunity Challenge required the tribes to work together through tricky obstacles and race against each other to stack 20 building blocks.

Sounds easy enough, right? Wrong. When both tribes realized the stack far exceeded their reach, Tai and Debbie were each physically lifted up by their tribe mates to get the job done. Blocks fell, but the castaways continued to re-stack them, even when one of the flying object drew blood from poor Joe's noggin.

In the end, Chan Loh—who were only seconds ahead of Gondol—took the final win, thanks to Debbie's final block placement. 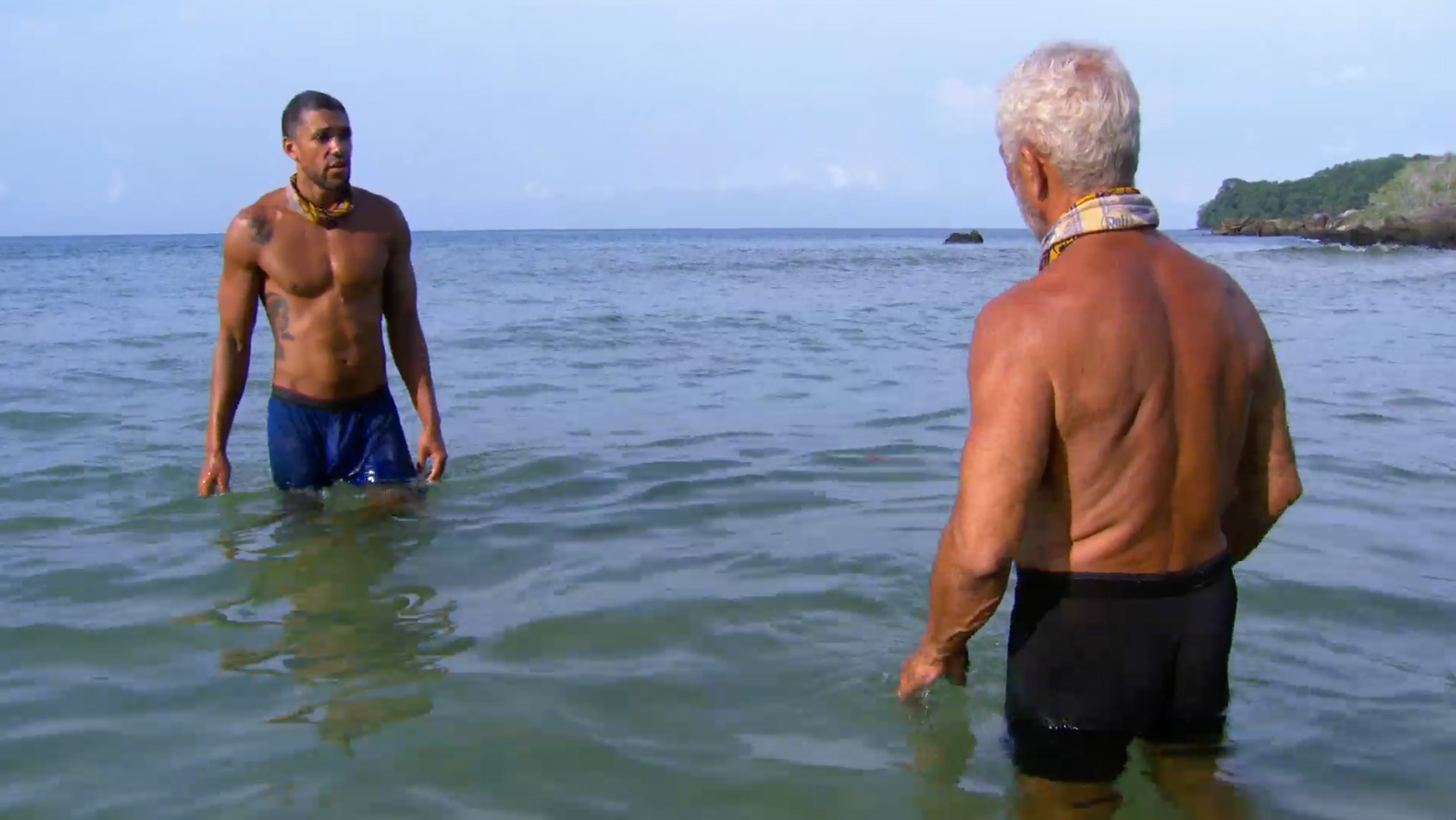 7. Joe appears to smooth things over with Peter.

It was decision-time around camp as Gondol began sorting their elimination options.

After Joe and Aubry chatted about Peter's growing power in the game, they realized it may be in their best interest to keep him around a little longer, which led Joe to do something we didn't see coming—approach Peter and make amends.

Meanwhile, Tai, Scot, and Julia discussed Peter's arrogant attitude and seemed to be convinced he was the right person to eliminate.

So, how would the votes play out? 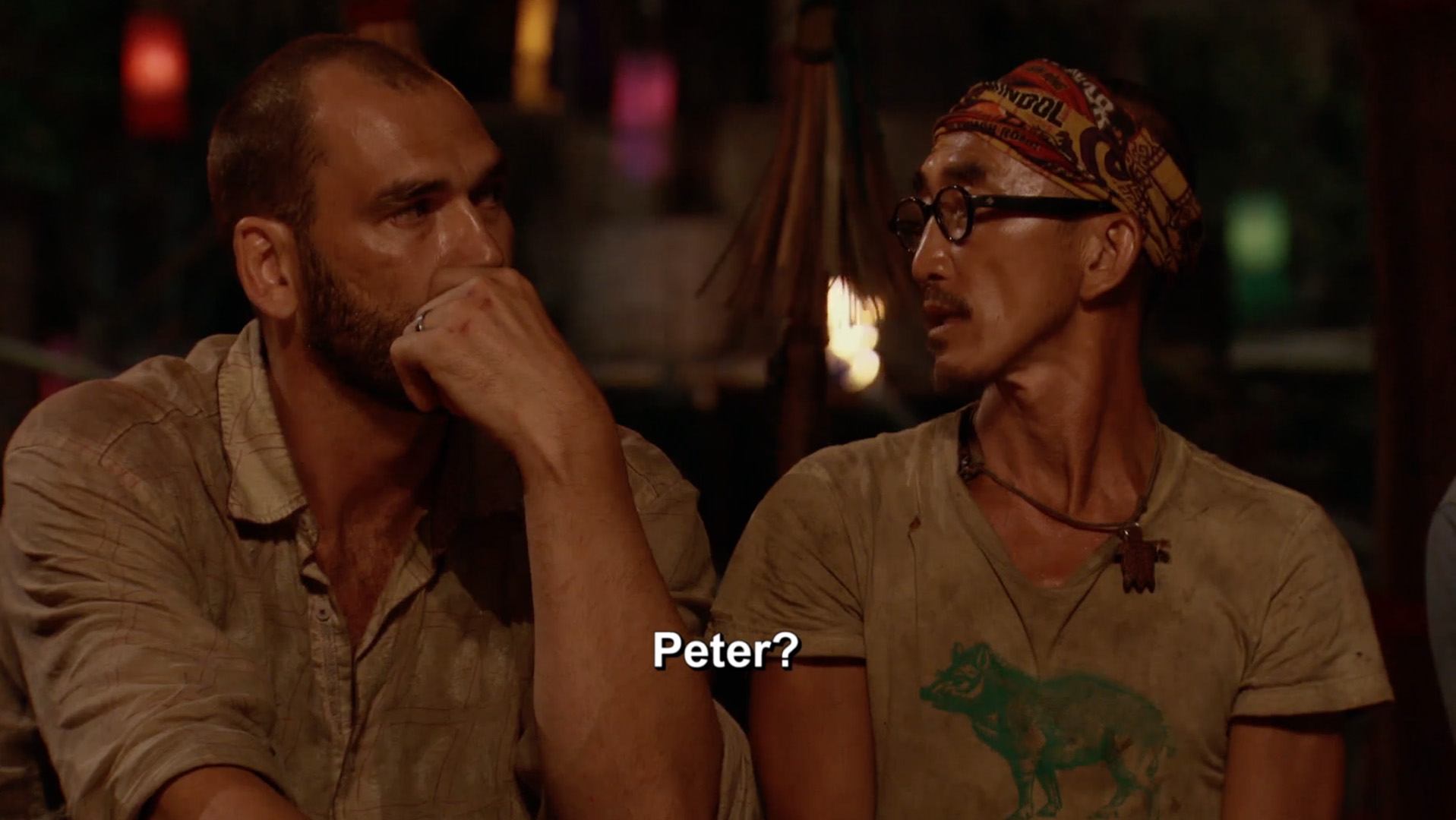 8. It's all about the original plan.

As Gondol sat down at Tribal, Aubry spoke of the complexity of her new group and how new relationships were blending with alliance legacies. While she was talking, Tai and Scot whispered back and forth, saying, "original plan," which obviously caught the attention of the others, especially host Jeff Probst.

What did it mean? All would be revealed in mere minutes when the votes were revealed. Jeff started to read the names and the votes were split evenly between Julia and Peter until the final name was called; with four votes against him, Peter was snuffed in front of his tribe.

Jeff told the remaining Gondol Tribe members, "Well, there was clearly a lot of uncertainty about tonight's vote. The only thing that matters to you guys [is] you survived and will live to see another day in which the uncertainty of this game will most certainly return."