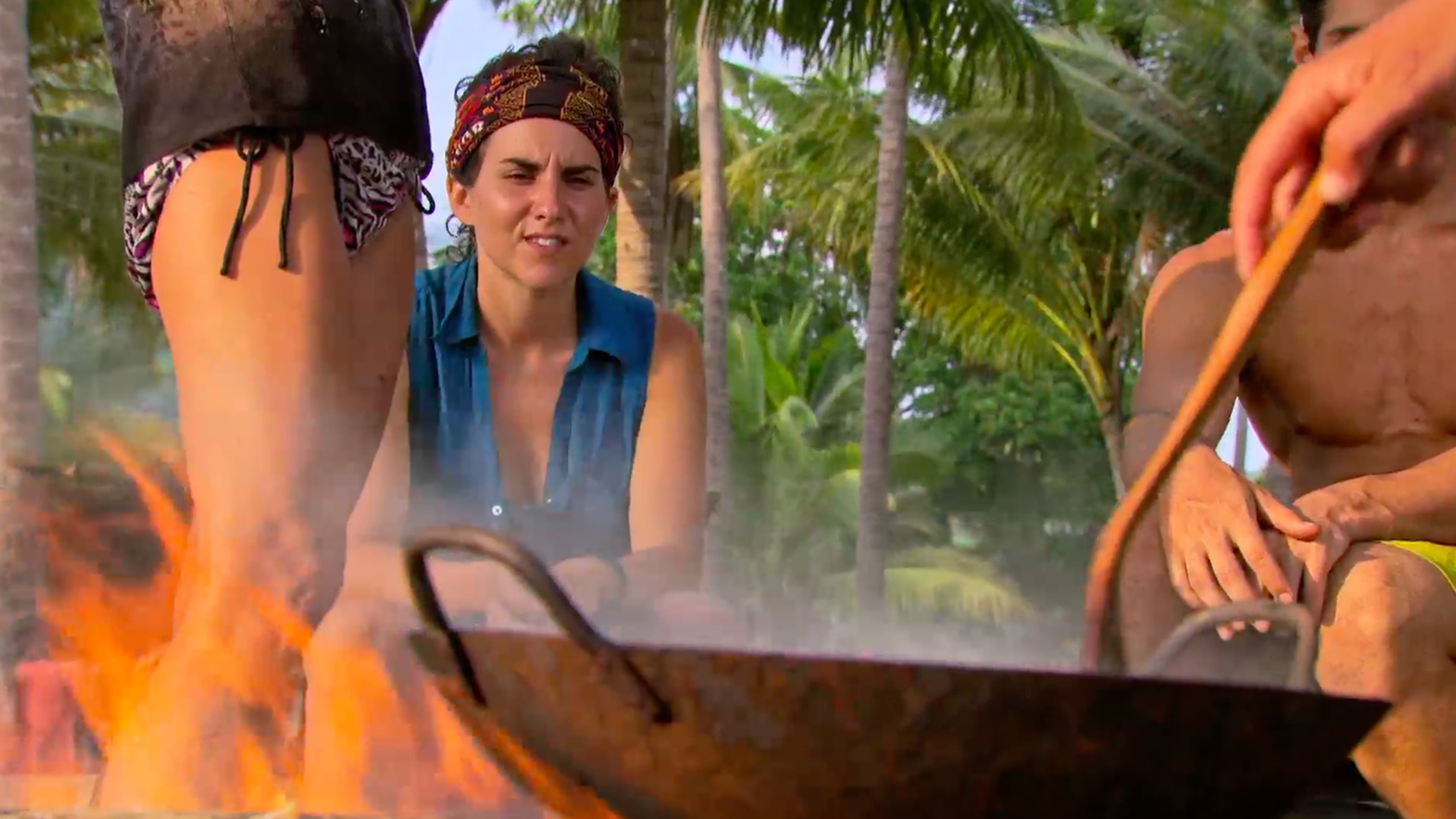 Coming off of Neal's unexpected departure from the game, Joe realized he had to start seeing what other alliance options were out there.

Meanwhile, Aubry walked up to the former members of the Brawn and Beauty Tribes right as they were talking behind her back, which only fueled her fire to succeed in the game. "The jocks and the pretty people, they're not gonna sit pretty forever," said Aubry, seething. "Eventually the misfits get revenge." 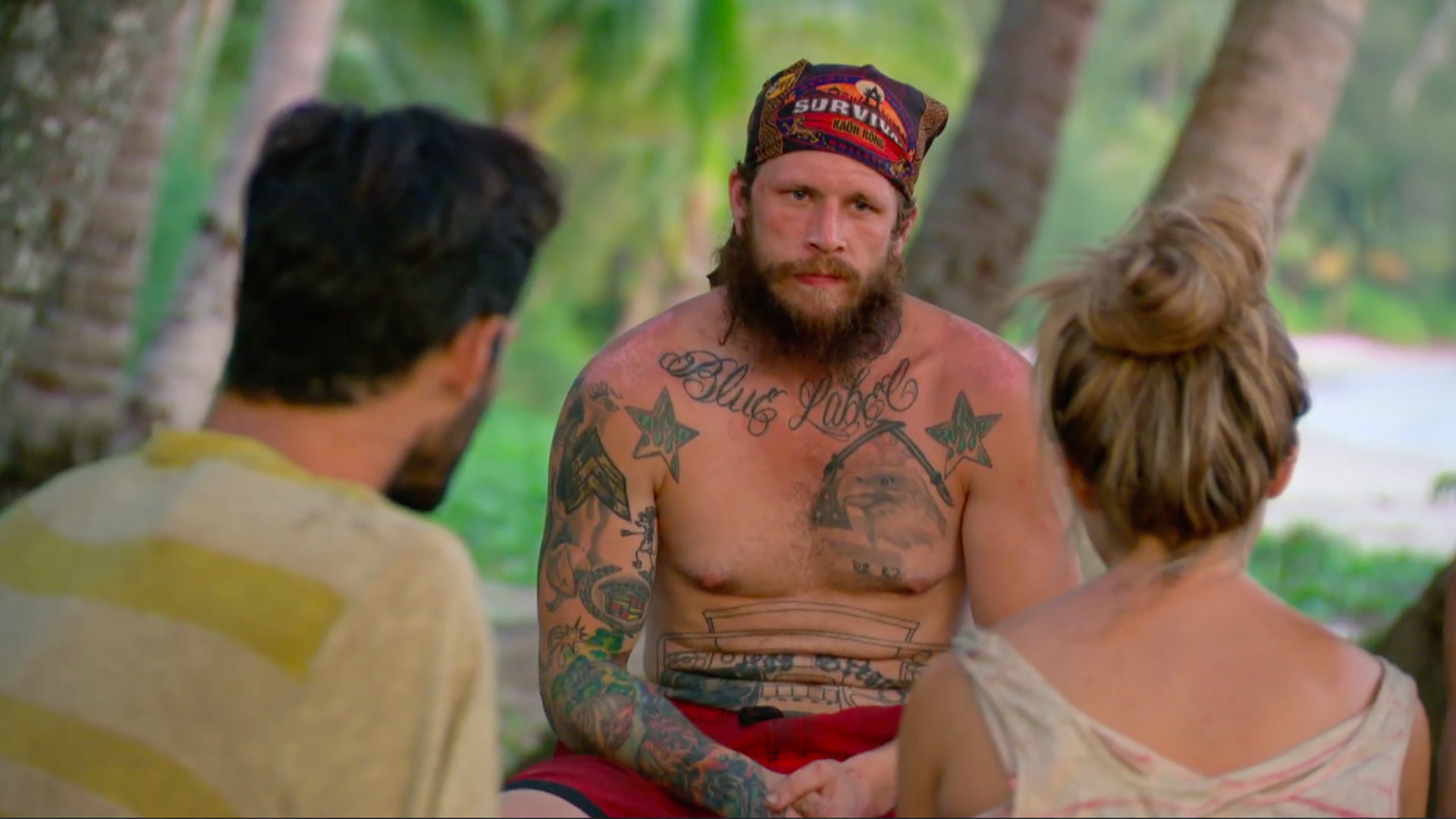 2. Jason shows a different side to himself.

When the Dara Tribe all gathered around for a chat, Jason opened up about his autistic daughter and the struggles he faced with her medical and therapeutic needs, even admitting he was somewhat naïve to the complex disorder before it hit his family, personally.

Though the Detroit-based bounty hunter said he wasn’t trying to use the touching story to his advantage in the game, he thought it may've helped humanize him to his new tribe mates. Sometimes, you gotta do what you gotta do. 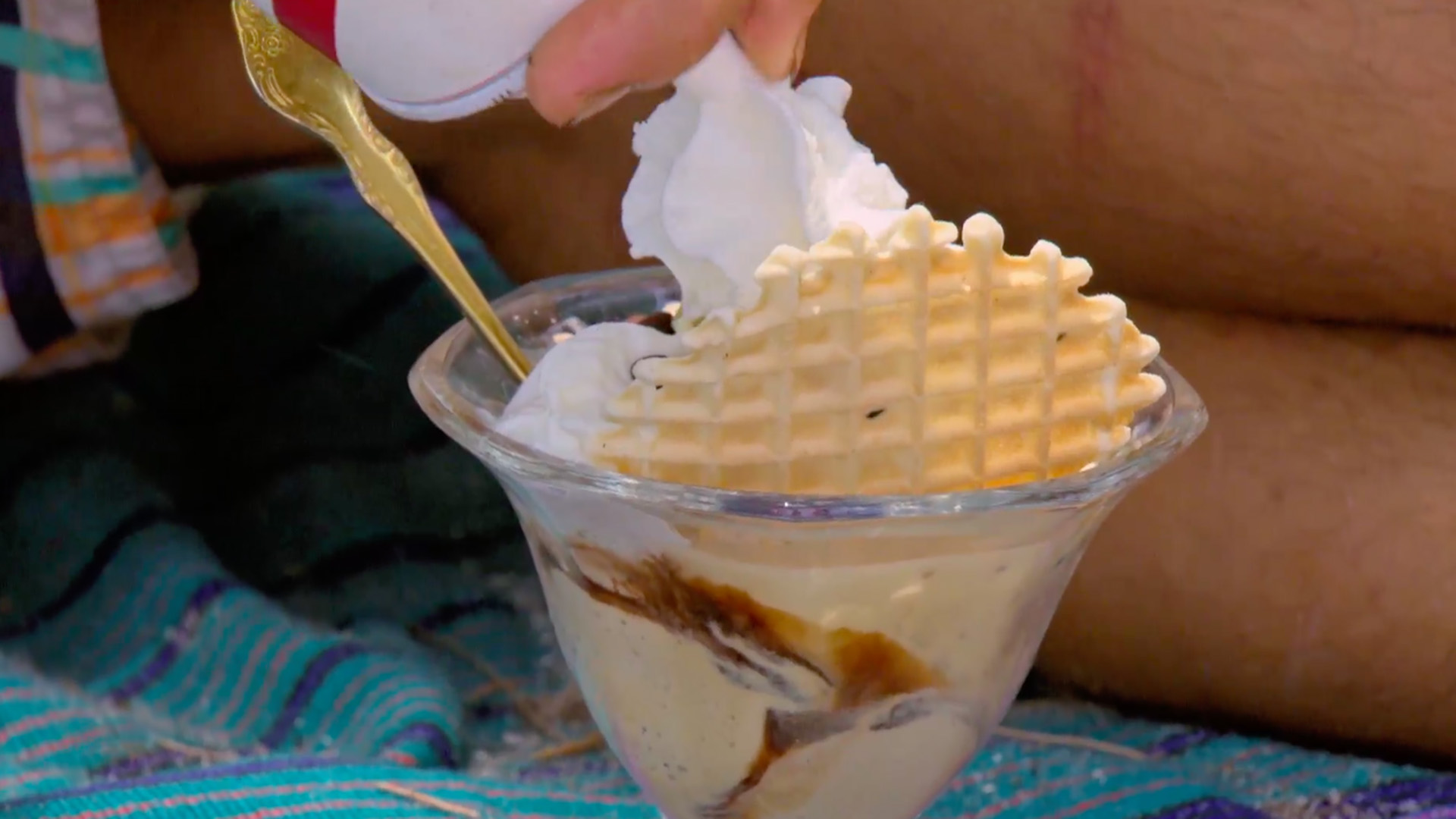 3. An ice-cream reward has the castaways sweating for sweetness.

At this week’s Reward Challenge, two teams of five had to work together to help one castaway move from one stepping post to another. The two team captains, Aubry and Julia, attacked the challenge with visions of refreshing ice-cream as their motivation. However, it ended up being a blowout for the Blue Team when Julia kept stepping onward, while Aubry kept falling into the water. Even when Michele stepped in to replace the social media marketer, she fared no better with balancing.

After the challenge, Scot, Debbie, Tai, Nick, and Julia’s epic win was rewarded with a sweet stop at the sundae station—with the other team watching the castaways savor every bite only a few feet away. 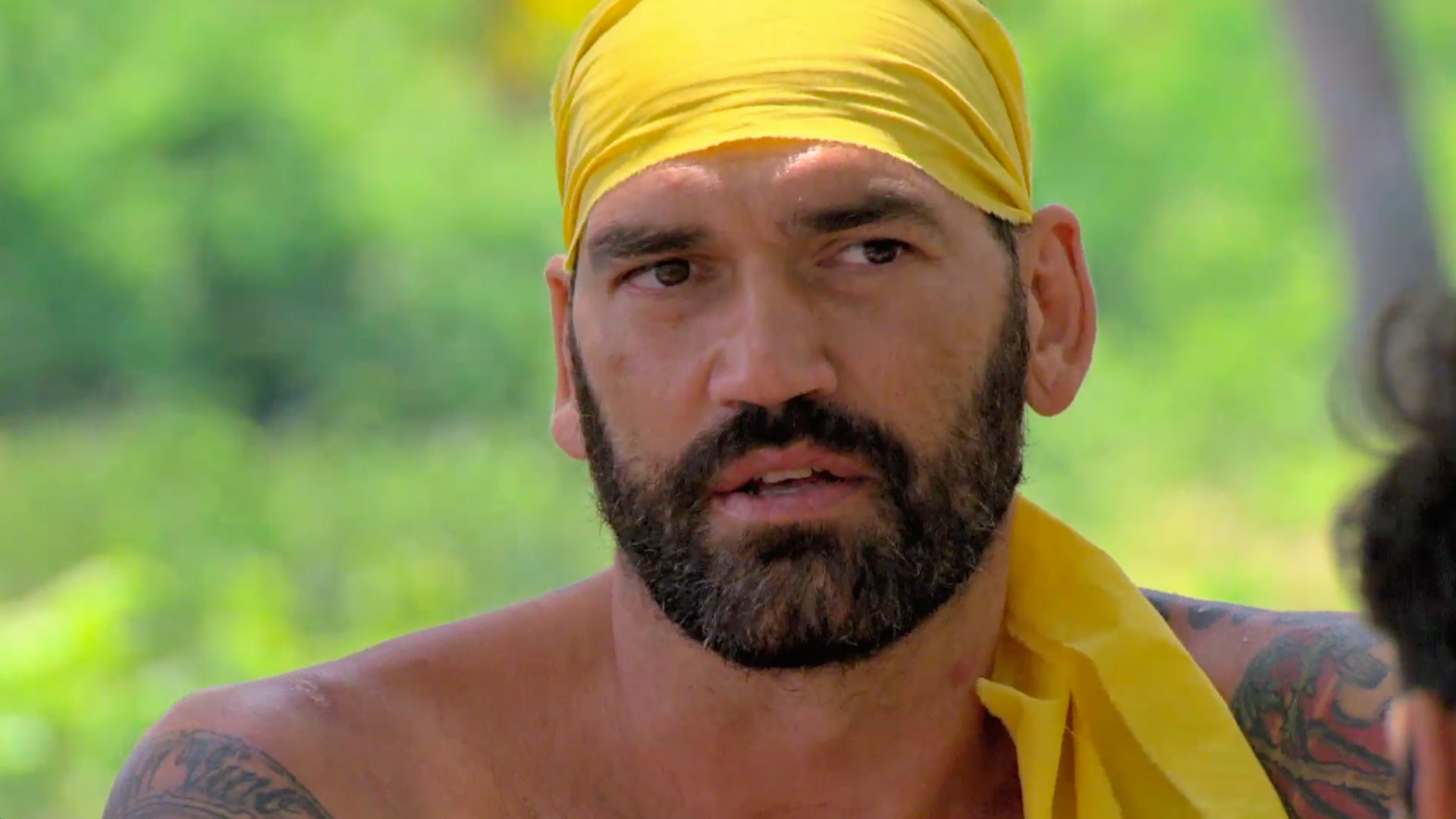 While the winning group of five enjoyed their ice cream, Scot opened up to the others about his parents; specifically, his late father, who passed away when Scot was 16, and his mother’s complicated health issues. The tallest Kaoh Rong castaway went on to say that, while his siblings relied on their faith to get through the hard times, the former NBA player chose basketball as his main focus. 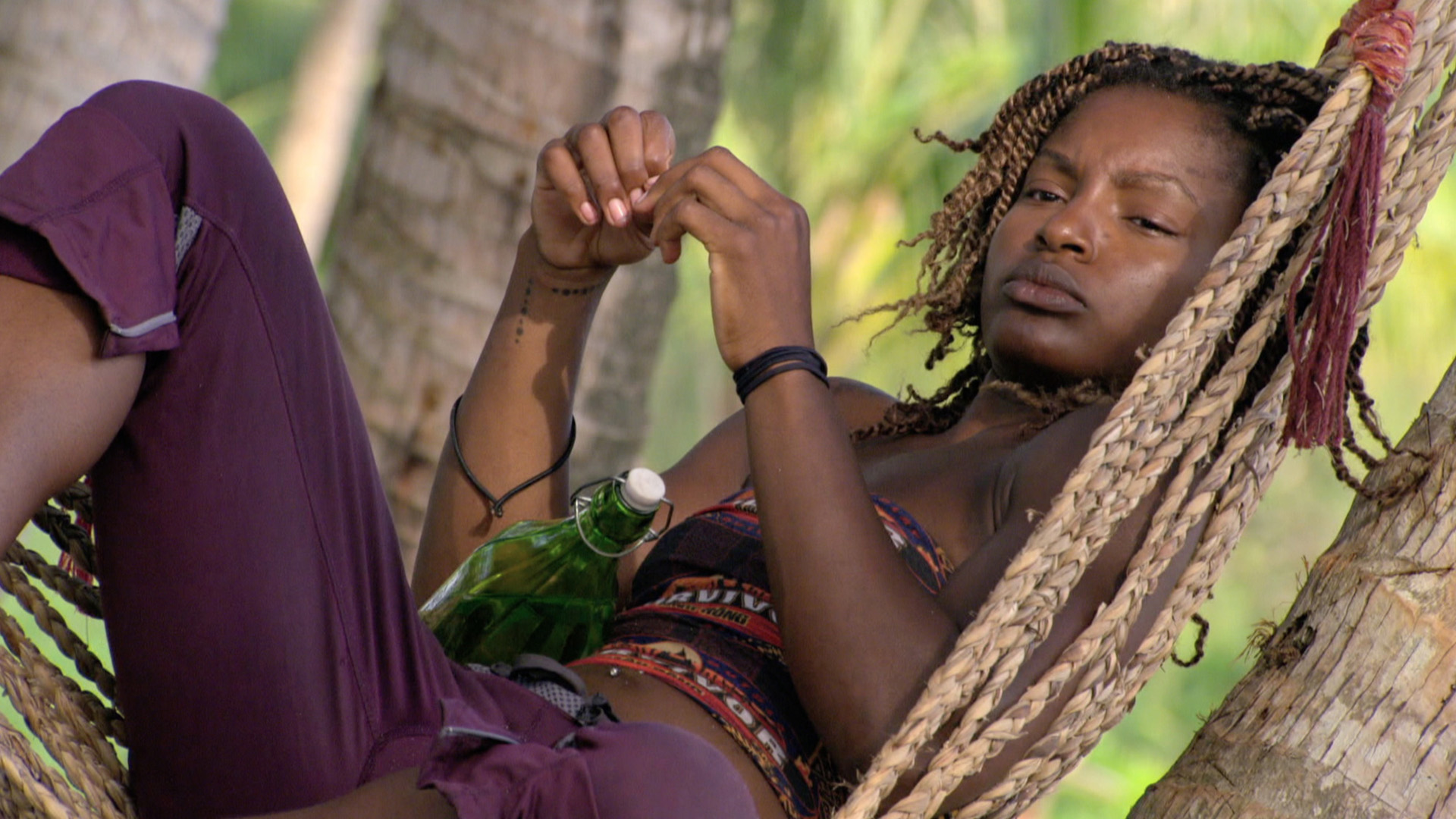 After the guys learned of a possible girls alliance forming, Nick pulled Julia aside to get her to spill the details. Simultaneously, Cydney honed in on the conversation from a distance and, upon the pair's return to camp, called Nick out on his transparent small talk.

Later, Cydney's paranoia only increased and she voiced her frustration to one of her closest allies, Jason. The whole situation put the female body builder in a tough position because she was now toying with the idea of sending a male castaway home over her original plan of Aubry or Debbie. 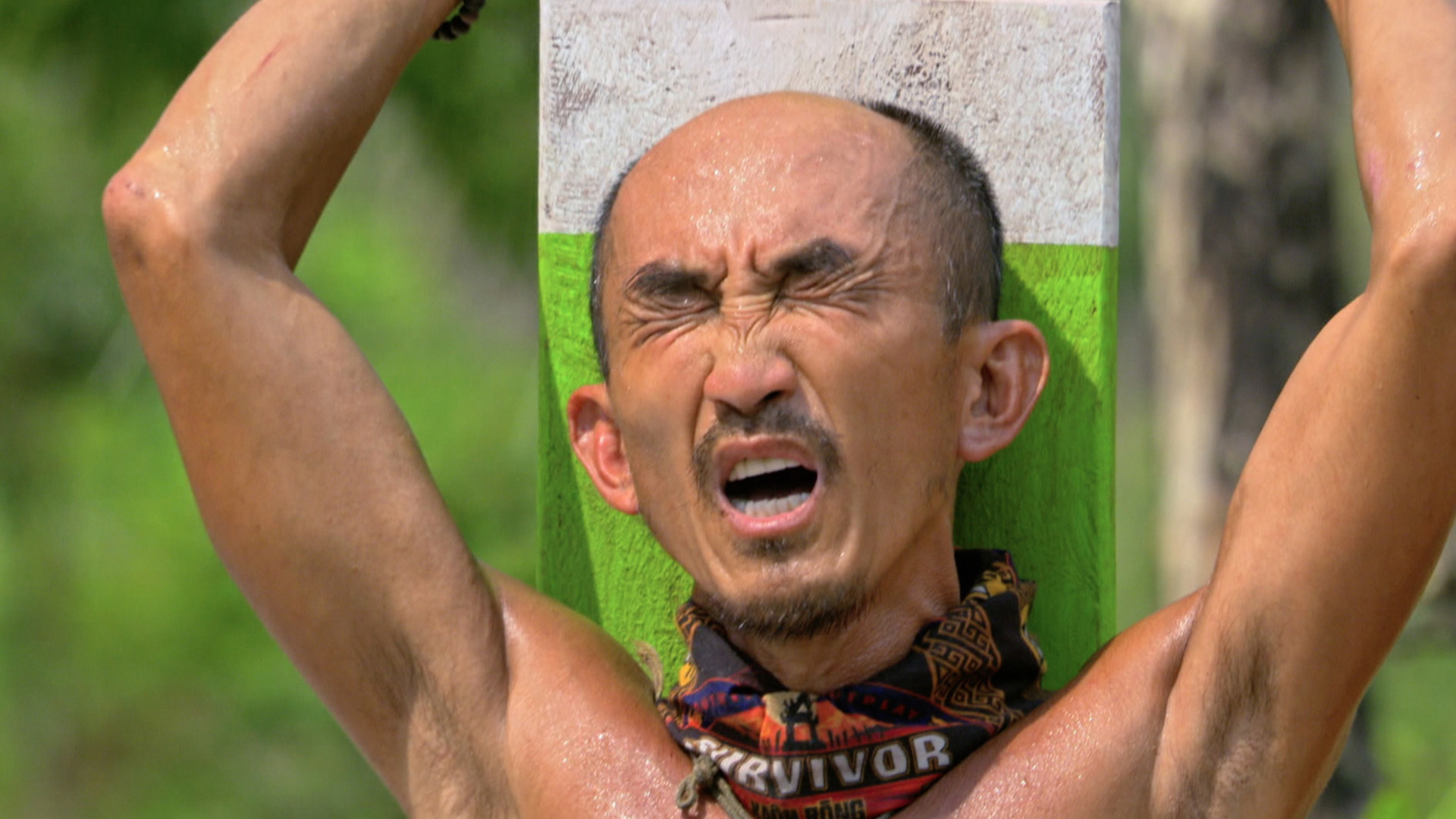 6. Tai battles his way to an Individual Immunity win.

Not only was balancing on a narrow perch with arms gripped above and behind your head a very uncomfortable pose for the castaways, but it also proved to be extremely draining—and that's why many were tempted when host Jeff Probst seduced them to drop out with a tray of delicious food and drink. Joe, Michele, Scot, and Jason all let go so they could indulge in the sweet taste of sustenance.

One castaway who didn't give up was Tai, who said the reason he wasn't letting go was because he didn't want to let a Brain Tribe member get Immunity.

In the end, the competition came down to Cydney and Tai, who called on Buddha to help him find strength to push through each excruciating second. To the naked eye, it appeared that Cydney was impenetrable because she stood like a statue for more than 45 minutes, but in one fell swoop, she wilted from her perch, giving Tai good reason to celebrate. 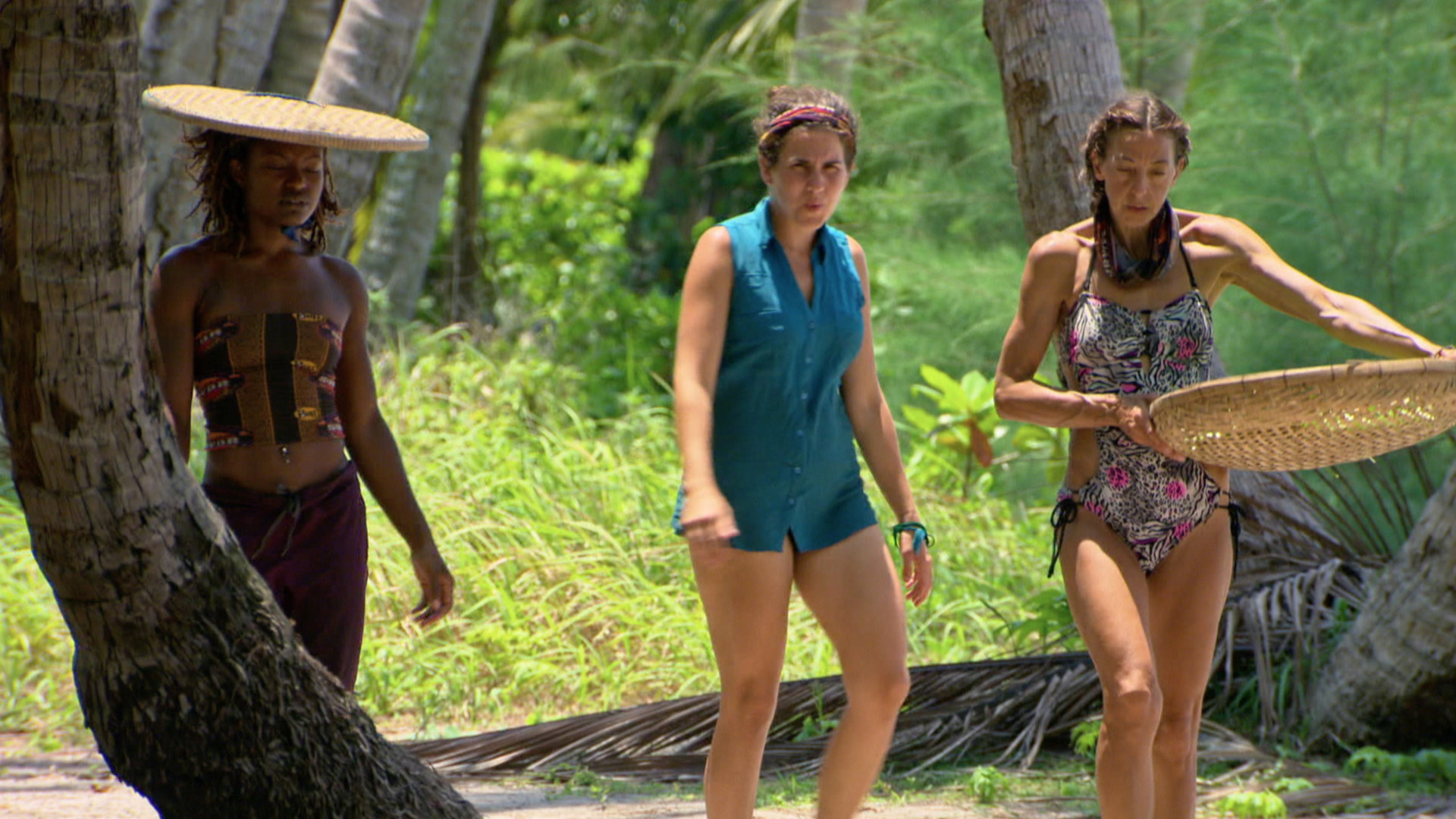 7. Nick’s arrogant ways has many raising their eyebrows.

With talks of a split vote circling around camp, the tension grew increasingly more palpable and Nick's somewhat arrogant need to play puppeteer started to take over. When the Aubry, Debbie, and Cydney caught on to Nick's self-satisfying strategy, they huddled together, and clung to the plan of blindsiding the personal trainer sooner than later. 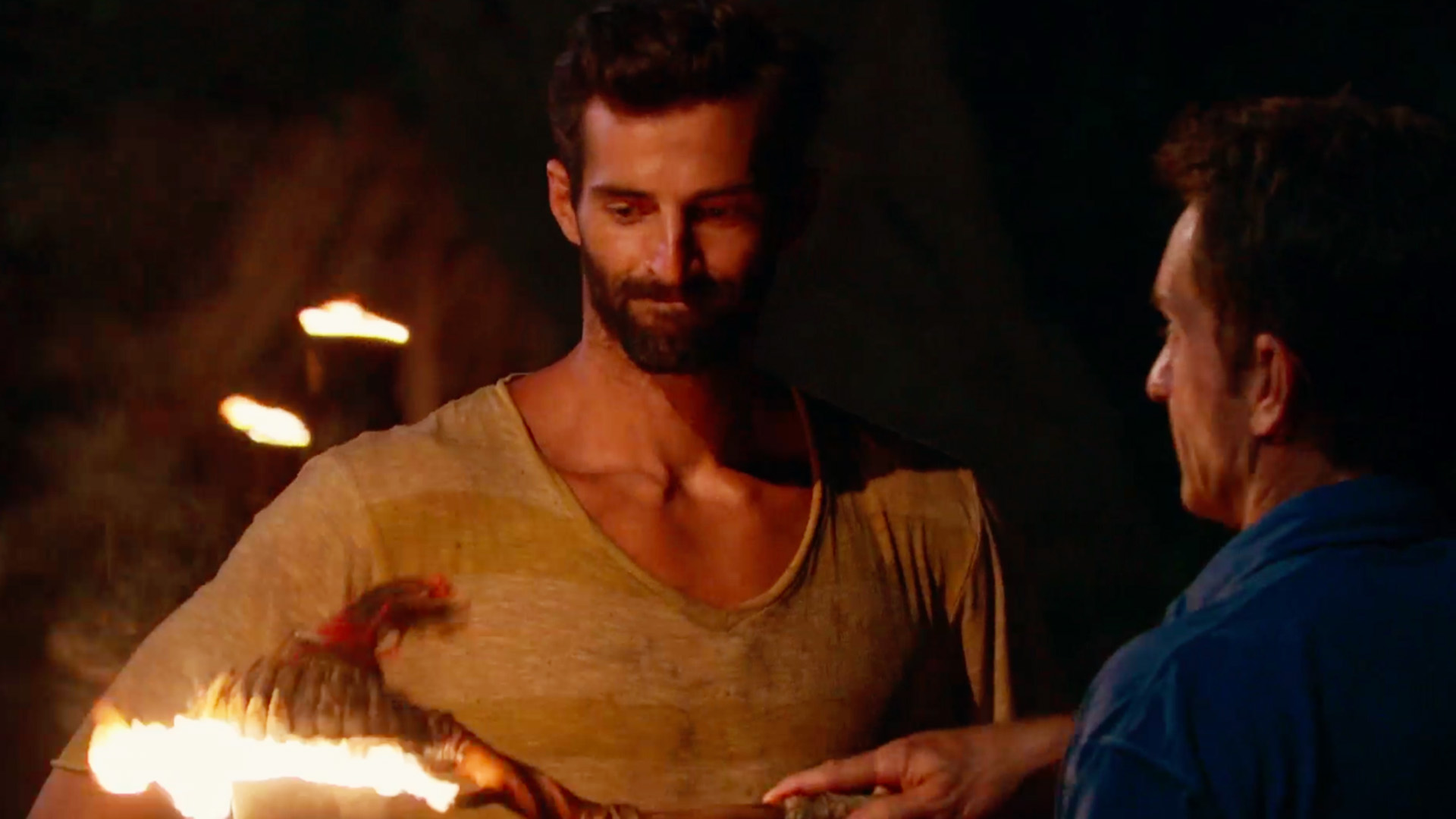 At Tribal Council, a couple bold statements were made. First, Scot said he believed his seven-person alliance was still going strong. Secondly, Tai brought up the twist of this season's Super Idol, which was something Julia had no idea about.

The votes were then tallied and with five votes against him, Nick was snuffed from Survivor: Kaoh Rong.

That's when Jeff reminded the nine remaining castaways that "as long as you keep fighting, anything can happen" in this game.