A Smoky Sabotage Leads The Way To A Shocking Tribal On Ep. 9 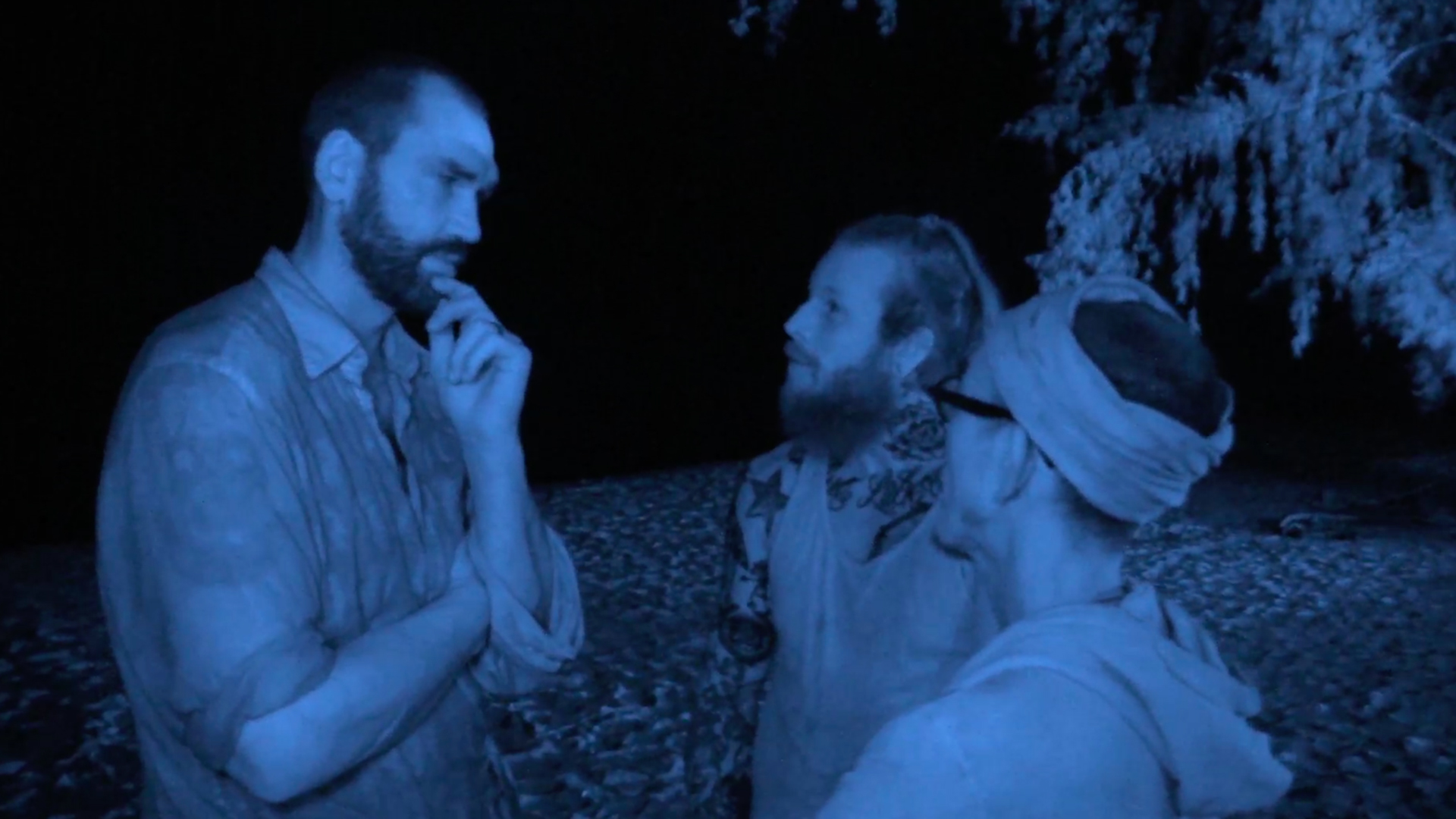 1. Jason, Scot, and Tai begin their wicked sabotage on the rest of the tribe.

There was palpable tension back at camp following last week's intense Tribal Council where Nick was booted and Tai openly revealed the Super Idol twist; so when Scot and Jason approached Tai about who he voted for at Tribal, the gregarious gardener quickly fibbed, saying he voted for Debbie—not Jason.

Next, the trio discussed a disruptive plan to mess with the rest of the tribe using a bit of physiological warfare and food deprivation. Though, Tai thought taking away the tribe's food was somewhat extreme, he knew his bond with Jason and Scot could help secure his safety in the game, so he went along with the male majority. 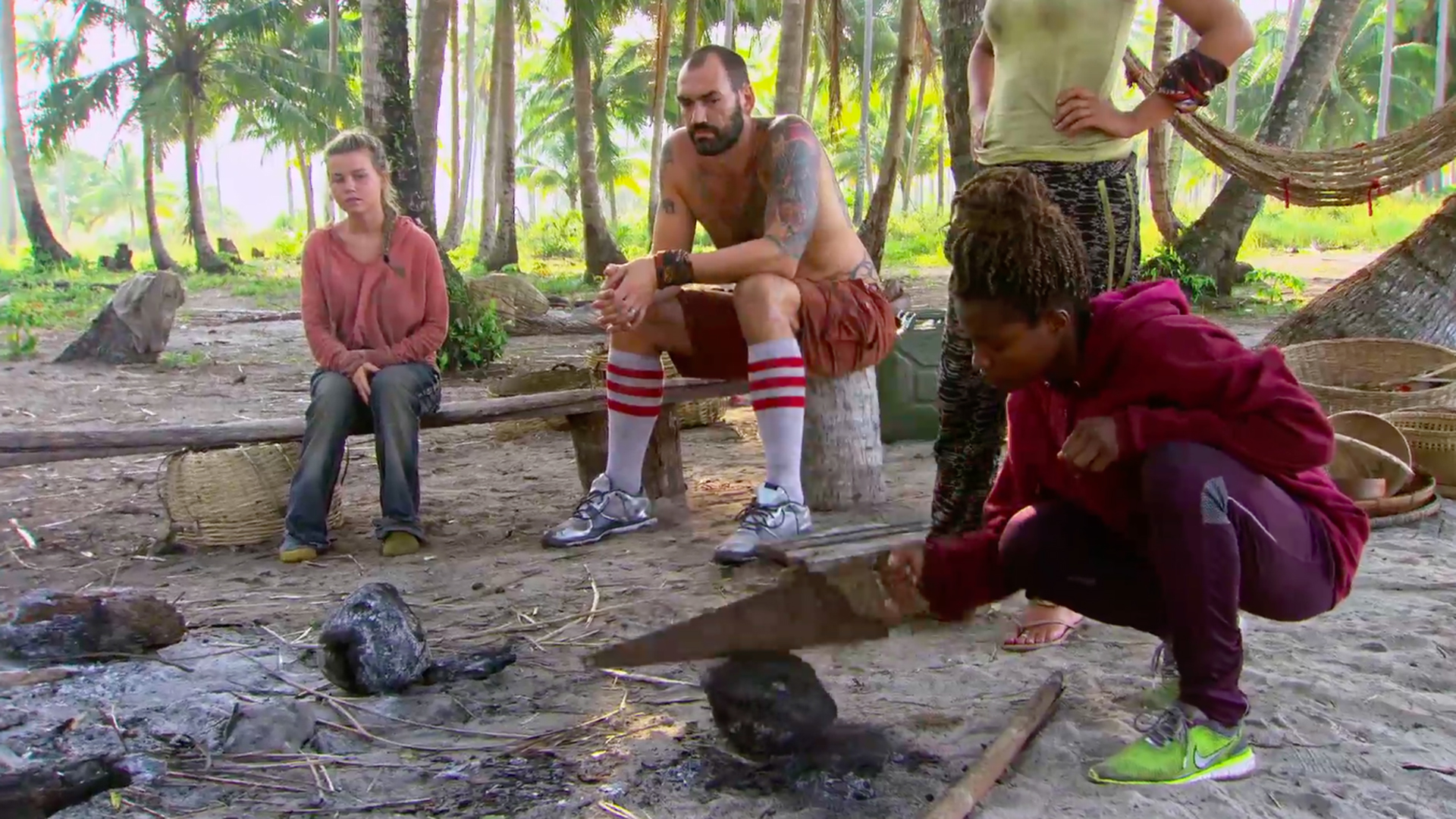 2. A power struggle around camp pushes Scot over the edge.

The next morning, when Michele couldn't find the axe, Joe instantly deduced the tools must've been hidden by Jason and Scot.

Despite being at a disadvantage, Michele and Cydney soldiered on by building their own tools and bragged proudly about their abilities to fend for themselves. Their light-hearted conversation pushed Scot to his tipping point and the former NBA player sprang up from his seat and extinguished the camp's fire right before everyone's eyes.

Joe called out the towering castaway on his immature behavior, to which Scot responded to by saying the only reason the tribe's ever had fire in the first place was because he's been the one to make it. 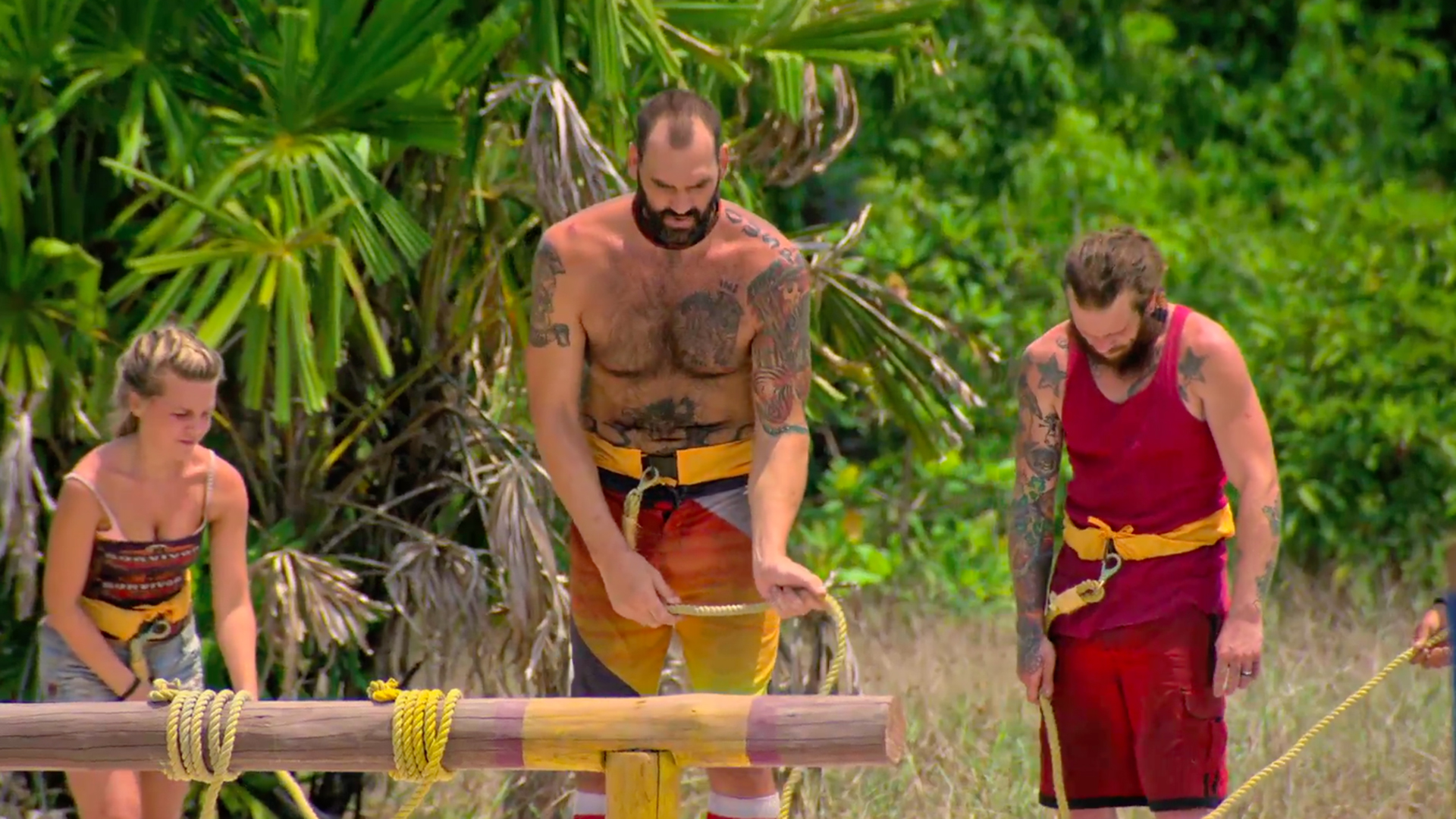 3. Julia moves over to the dark side.

At the Reward Challenge, Julia decided to leave the ladies behind and join Tai, Jason, and Scot's team, which was a bold move that left the other women scratching their heads. The Boston-based college student admitted she wanted to start making big game moves and knew playing both sides of the tribe would only benefit her in the long run. Meanwhile, Aubry kept a close eye on the former Beauty Tribe member and appeared to see right through her strategy.

The race was neck-and-neck, but Jason's final throw ensured his team took the win and Julia was left in the relatively comfortable position of being close with both sides of camp. 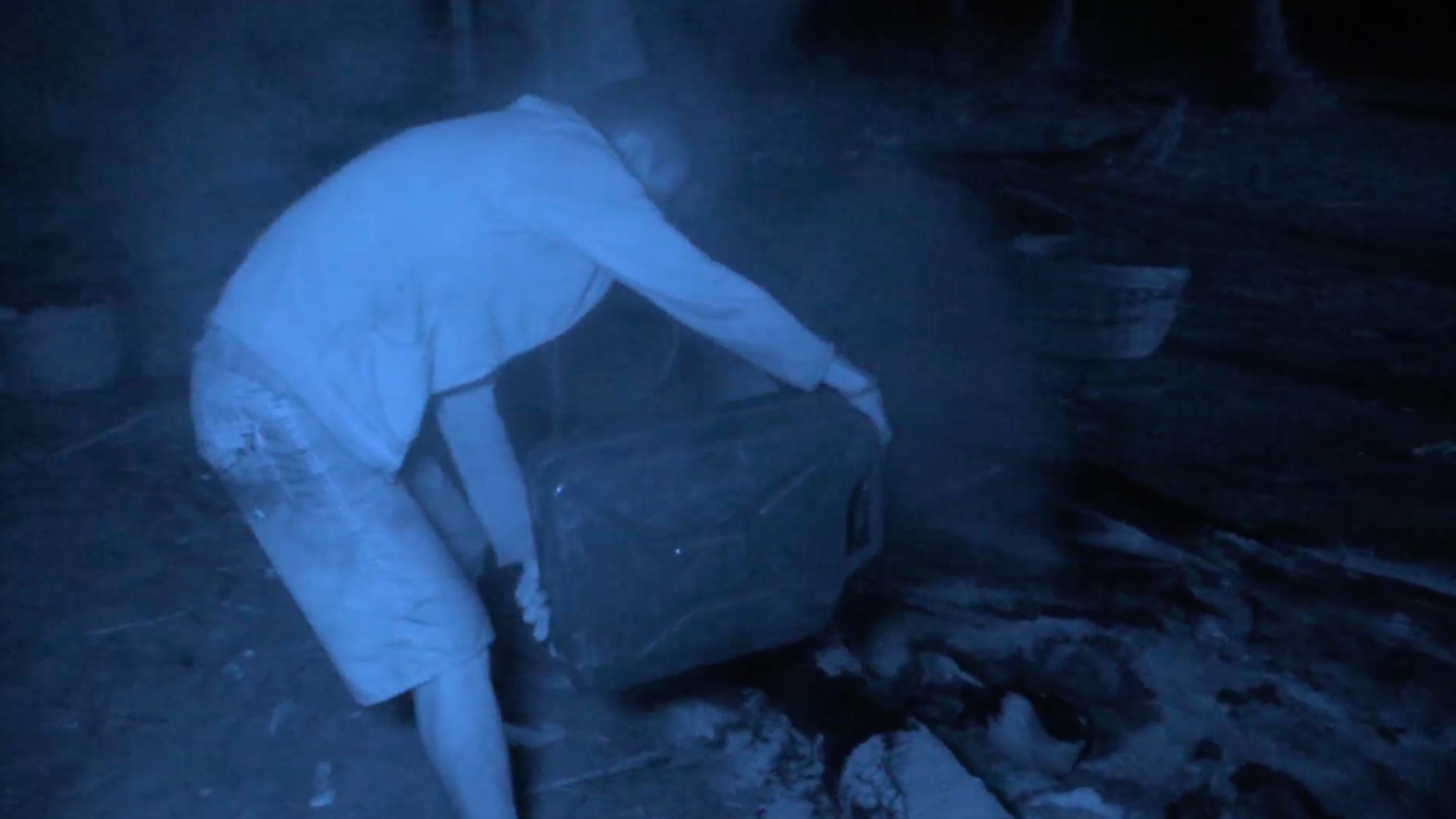 4. The evil side of Tai comes out.

In the middle of the night, Tai made a pretty bold move that seemed really out of character. He took a page out of Scot's playbook and extinguished the camp's fire while the other castaways slept soundly. However, at one point during the wee hours, Joe awoke and saw the fire had been smothered, which is when he knew the sabotage had gone too far.

Meanwhile, while all the fiery drama was going on, Debbie expressed interest in booting out Scot or Jason at the next Tribal and shooed away Aubry’s idea of voting for Julia instead. 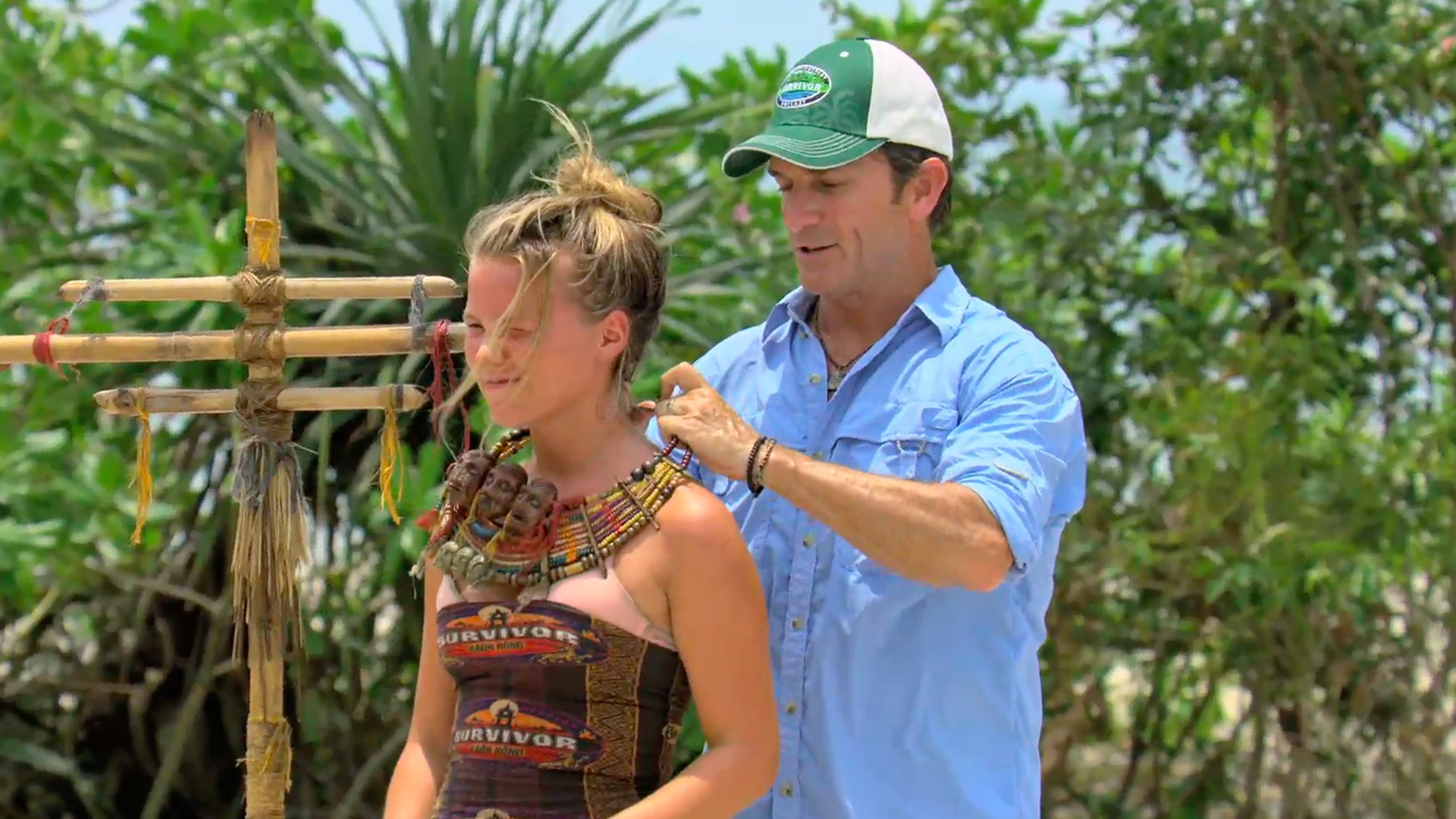 5. Slow and steady wins the race during the Individual Immunity Challenge.

The latest Individual Immunity Challenge tested the castaways' skills of balancing speed and precision when they were asked to navigate through obstacles, then align large blocks and allow them to fall in sequential order like a game of dominos.

When Michele's row fell short, it was Julia who knocked over hers first and grabbed the final win. Aubry watched on from a distance knowing Julia's accomplishment was the worst-possible scenario for her voting strategy, so what would the Massachusetts-based social media marketer do now? 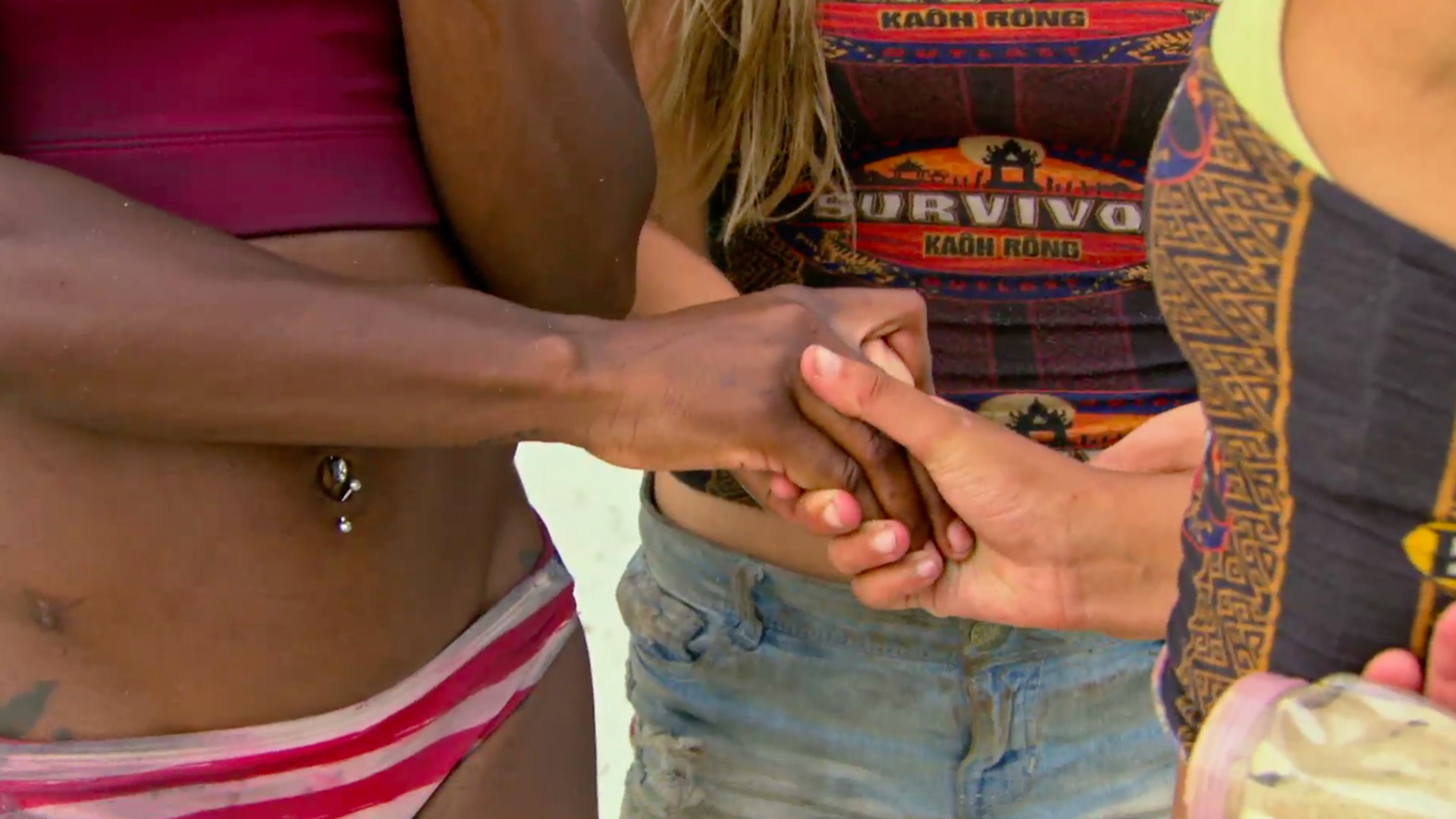 6. Cydney, Julia, and Michele shake on a plan.

When Debbie revealed her hopes for a split-vote at Tribal Council, Aubry saw the chemist's true colors come to the forefront and wondered if the spunky castaway would be the better choice to blindside. Cydney then went on to tell Michele about the her and Aubrey's plan of outing Debbie—to which she obliged—but Joe wasn't on-board, saying he would absolutely not vote Debbie out.

After Cydney and Michele shook hands with Julia on the Debbie plan, the Individual Immunity Challenge winner vacillated on her voting options: Debbie or Cydney. 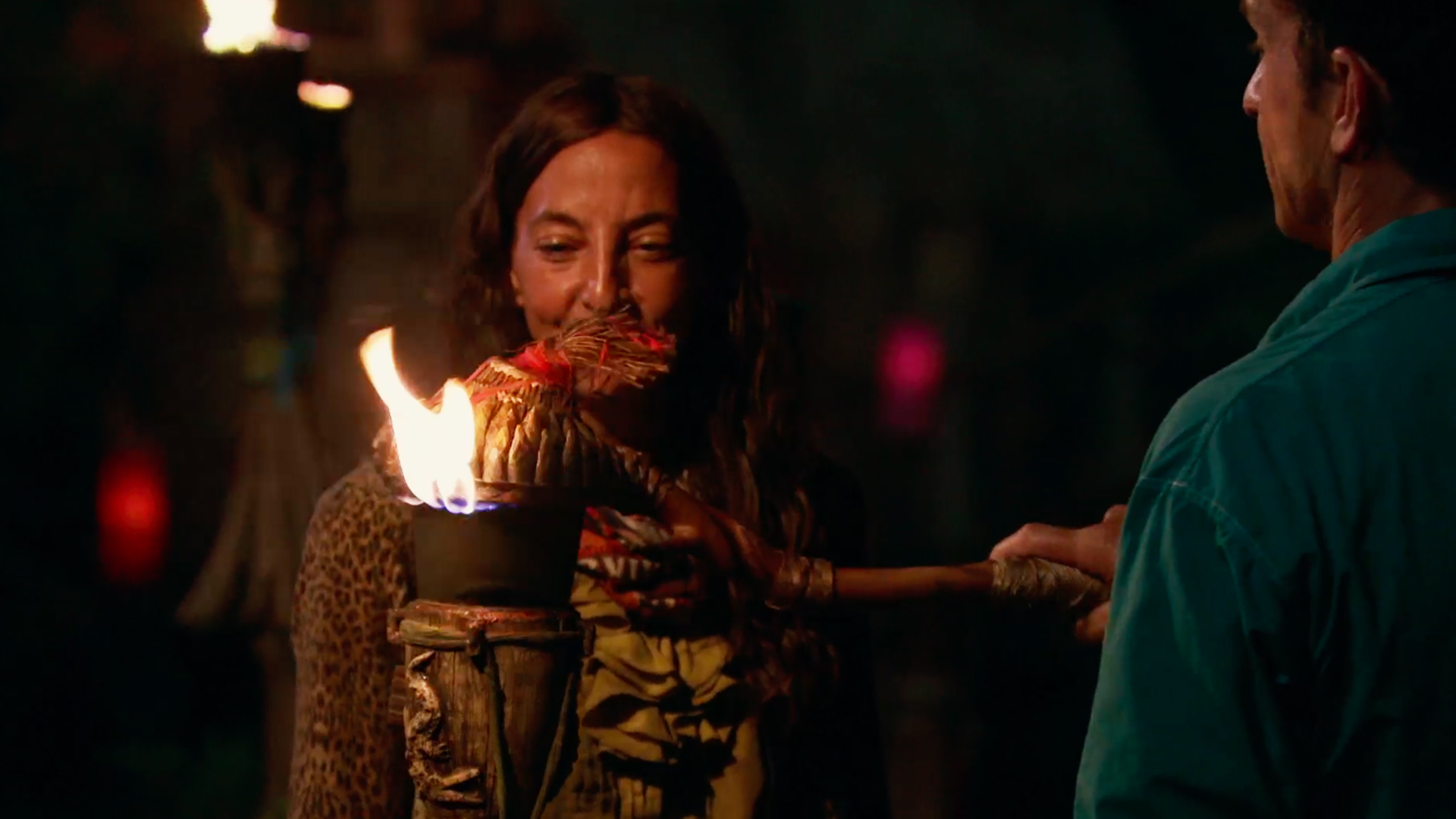 7. Host Jeff Probst says this is one of the craziest Tribal Councils he's ever seen!

Tribal Council was all about learning where Julia's allegiances lied, but before she voted, Scot spilled that Tai had been holding onto an Idol this whole time and was going to stay safe no matter what. To everyone's surprise, Jason then admitted to possessing his own Idol, which sparked multiple jaws to hit the floor at the very same time.

Moments later, the bounty hunter played his Idol and handed it over to Tai, so, now with the coveted Super Idol in hand, it would be up to Tai whether or not to put it into play. Next, the votes were tallied and with five votes against her—one being Julia's—Debbie was asked to leave the game.

Watch this episode of Survivor now and all-new episodes on Wednesdays at 8/7c.