Episode Writer VJ Boyd dishes on the stars, locations, and terrifying reality behind "Imposters."
What happens when the people you think have promised to keep you safe turn out to be, well... "Imposters"?

In this week's episode of S.W.A.T., burglars dressed in SWAT gear terrorize wealthy families—making Hondo (Shemar Moore) and his real team's job that much harder.

STREAM: The Full S.W.A.T. Episode "Imposters" On CBS All Access 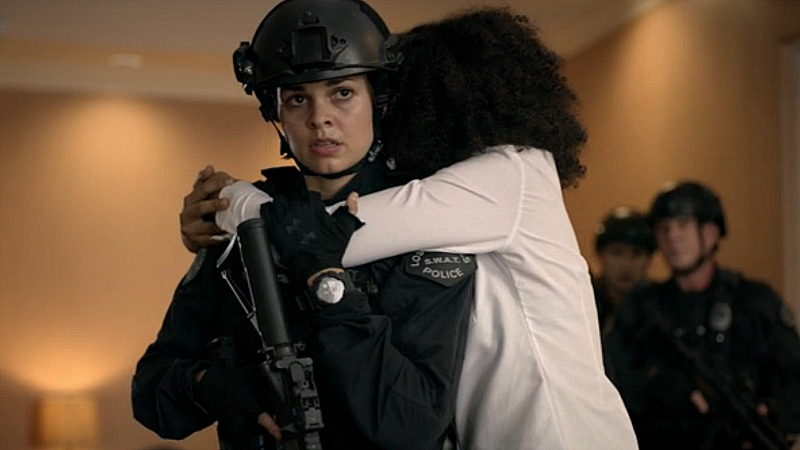 As it turns out, this terrifying scenario is all too real. Episode Writer VJ Boyd shares how easily criminals can infiltrate the world around us by pretending to be somebody else. You should probably check your locks before reading on.

Technology can be a dangerous frontier.

In "Imposters," we watched in horror as the burglars forced their victims to record lewd messages for future blackmail. As it turns out, this behavior is rooted in a real type of crime. While the criminals in this episode recorded their videos in person, Boyd warned that it's more often done "by hackers who capture the video via your own built-in webcam." 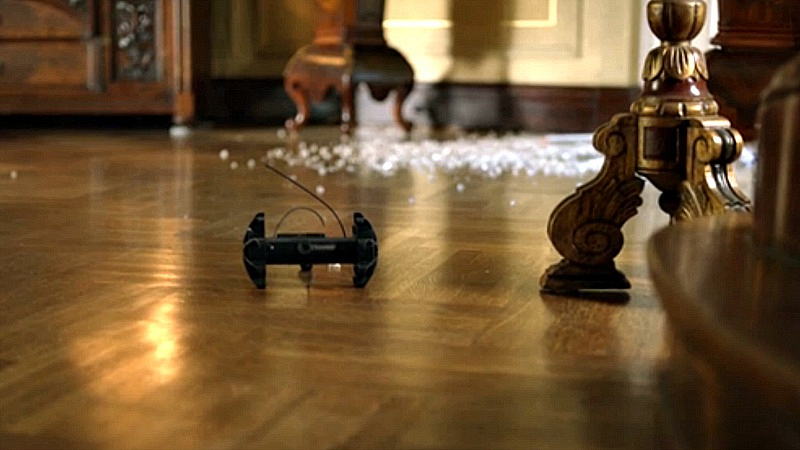 Tell us all a-bot it.

The wheeled camera-mounted device SWAT used to get eyes inside the house is called a "Throwbot." The remote-controlled rover, as well as similar devices, are used by SWAT and other special forces teams around the world.

Another terrifying truth: fake SWAT uniforms are out there. It's shockingly easy to buy a fake uniform off the street—and, while realistic badges and patches are much less common, Boyd warned "that most  of us civilians wouldn't know the difference."

READ: Take A Closer Look At Official Badges At LAPDOnline.org

Did you cringe when Deacon was body slammed into the rink wall by a huge hockey player (retired NHL star John Scott)? Jay Harrington, who stars as the hockey-loving SWAT member, took the wince-worthy hit himself at least three times to get the perfect shot. His stunt double did it several more times, too. Jay was well prepared to take his own hits, though—in his free time he plays in hockey leagues in Los Angeles. 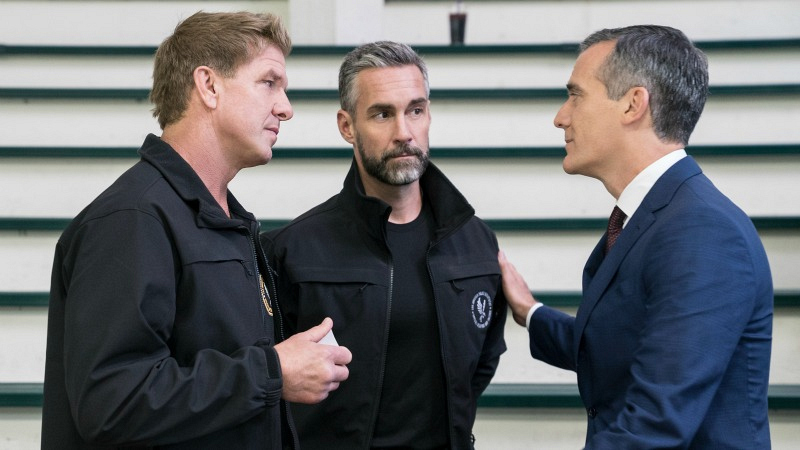 News junkies surely recognized an acting turn by Los Angeles Mayor Eric Garcetti. Boyd praised the politician as a fantastic guest star before divulging, "I've never been that close to a person who has three bodyguards and two assistants who follow him around everywhere."

Adding to the local flavor of the episode, the fancy houses in the episode are all real homes in the exclusive Los Angeles neighborhood of Hancock Park.