Find out the latest crop of actors and actresses who've signed on for season 2 of Kevin Williamson's psychological thriller.
Three more fairytale classics get a subversive twist as Tell Me A Story gets ready to return to CBS All Access for its second season, and now we know more actors and actresses who will be bringing the new characters to life.

READ: Paul Wesley To Star In Season 2 Of Tell Me A Story

The talented group joins the previously announced star Paul Wesley​, who returns to the series with an all-new character, Tucker, a struggling novelist who spends his days attempting to prove he's worthy of his beautiful fiancée. But, it's all about to come crashing down as a dark secret threatens to destroy his world.

STREAM: All Episodes From Season 1 Of Tell Me A Story

Odette Annable stars as Maddie, a quintessential middle child, who's the peace-keeping overachiever trying to maintain calm and control while her loved ones spiral. But, after taking care of a broken family for so many years, she may not be willing to do the same for the man she loves.

Natalie Alyn Lind stars as Ashley, a rising country-music singer who survives a brutal attack only to find that her nightmare isn't over. Once hungry for the spotlight, Ashley now hides herself in the shadows of her home, avoiding anyone who gets too close.

Matt Lauria stars as Jackson, the black sheep of his family, who is torn between his demons and the desire to be a better man. However, he meets his match in a mysterious woman, who pulls him into a sinister web of deceit and murder. 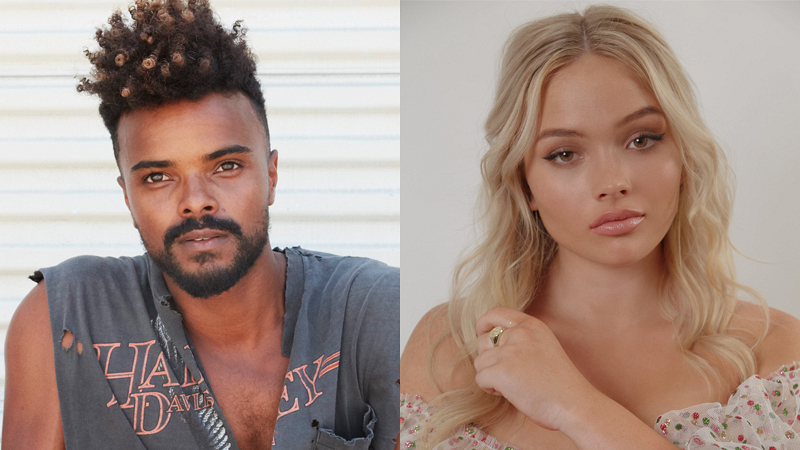 Eka Darville stars as Beau. Stoic, honorable, and very much his father's son, Beau has the bearing of a Marine and the heart of a Boy Scout. He keeps his suits pressed, his hair combed and his hands clean—literally and figuratively. But Beau's adherence to a moral code has recently blown up both his personal and professional life and as he struggles to navigate his new reality, he'll discover that the line between what's right and what's necessary, between duty and desire, is never easy to navigate.

Ashley Madekwe stars as Simone, whose Cinderella story was cut short when her widowed father remarried and allowed his new wife (Simone's stepmother) to sever their close father-daughter relationship. Rather than suffer the slings and arrows hurled at her by her new step-family, Simone left Nashville to start a fresh life. She's a woman who knows how to take care of herself, physically and emotionally, but her father's untimely death has brought Simone back home, face-to-face with the life she purposefully left behind. Driven by regret and anger, she will put her own life in danger to uncover her family's dark secrets.

Stay tuned for more information about Season 2 of Tell Me A Story.

In the meantime, binge the entire first season of Tell Me A Story, which features retellings of "The Three Little Pigs," "Hansel And Gretel," and "Little Red Riding Hood."