That Animal Rescue Show, which drops Thursday, Oct. 29 on CBS All Access, premiered its trailer and key art today.
Pigs, horses, and goats—oh my!

Those animals are just a few of the adorable creatures that viewers meet in the new trailer for CBS All Access' upcoming original docuseries That Animal Rescue Show. This first glimpse of the series dropped today along with new key art.

All 10 episodes will be available to binge exclusively for CBS All Access subscribers on Thursday, October 29. 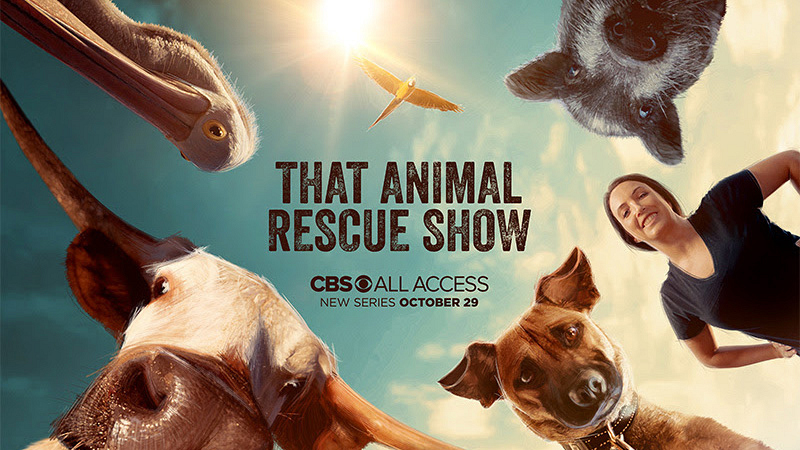 That Animal Rescue Show follows the animal rescue community in and around Austin, Texas, where Linklater lives. The 10-episode docuseries provides a window into this captivating world through moving, humorous, and powerful stories of animals, the humans who love them, and the inspiring, life-changing bond that occurs between people who have dedicated their lives to rescue and the animals who rescue them right back.

That Animal Rescue Show joins CBS All Access' growing slate of original series that currently includes The Thomas John Experience, The Good Fight, The Twilight Zone, Tooning Out the News, No Activity, Why Women Kill, Interrogation, and Tell Me a Story, as well as the upcoming limited event series The Stand, The Man Who Fell to Earth, The Harper House, Guilty Party, and the SpongeBob SquarePants series Kamp Koral.

Stream every episode of That Animal Rescue Show starting Thursday, Oct. 29 exclusively on CBS All Access.