Inside The Good Fight's New Firm

There's a new firm in the mix on The Good Fight, and by the end of the premiere episode—now streaming on CBS All Access—Diane Lockhart is joining its ranks.

Watch the video above, featuring behind the scenes interviews with Delroy Lindo, Christine Baranski, Cush Jumbo and Erica Tazel, to learn all about Reddick, Boseman & Kolstad. 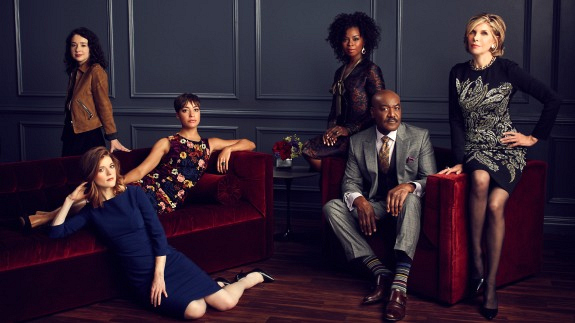 "My firm has been involved in a lot of police brutality cases," says Delroy Lindo in the video. "That is such a hugely important social, cultural, political, racial, dynamic in this country."

The series is not afraid to take that—or any other issue—head-on. In addition to police brutality, Christine Baranski says The Good Fight will explore age, feminism, and racism; themes that she notes are "extremely timely now and worth examining."

"[Diane] brings something kind of interesting to the firm," says Cush Jumbo. "Because, although it is an African American firm, Diane was always somebody that kind of fought for the underdog."

To see how Diane adjusts to her new job, stream The Good Fight now on CBS All Access.