How The Good Fight's Explosive Credits Came To Life

Lawson Deming, the man behind the title sequence, shares how the memorable open came together... and blew apart.

The opening credits can make or break—pun intended—a new series. Naturally, the brilliant minds behind The Good Fight's credits made their mark with a minimalist intro as explosive as the series. A title sequence as hypnotic as it is destructive, The Good Fight's opening is artful and engrossing. The objects, all of which represent a life of power, profession, and luxury, are obliterated in exquisite detail, demonstrating how quickly things can explode and how slow and painful the fallout can be. 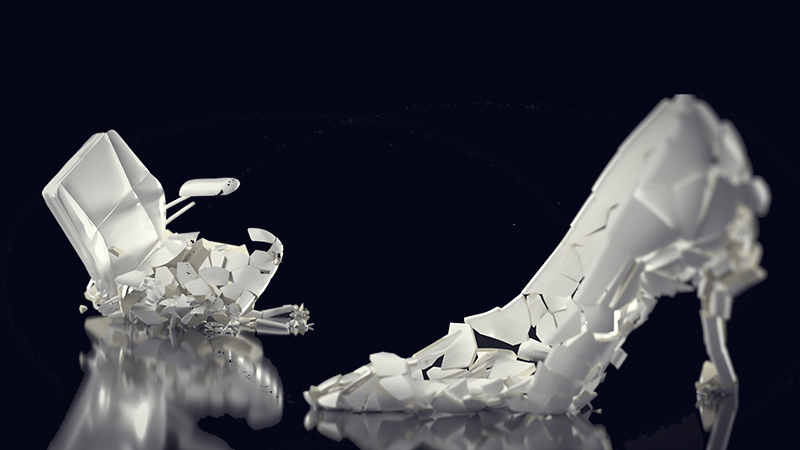 Lawson Deming, the artist behind the visual effects in The Good Wife series and owner of Barnstorm VFX, was tapped by Co-creators and Executive Producers Robert and Michelle King to craft this iconic opening sequence for the highly acclaimed spinoff. Deming and his team pitched a variety of concepts and styles before settling on the explosive intro we see now.

Watch the video above to see the title sequence in its finished state, and read on to see unused iterations and imagery detailing how Deming brought his stunning vision to life.

"Our special effects guy, Tom Ceglia, was very experienced blowing things up, but I don't think he'd done anything before that required such balletic precision, nor something that was quite as slow motion as we were shooting," said Deming.

The team utilized a camera that shot 25,000 frames per second. Most commonly used production cameras shoot speeds of only 120 frames per second, so, Deming noted, nobody on the team "really knew exactly what the explosions were going to look like until we played them back." 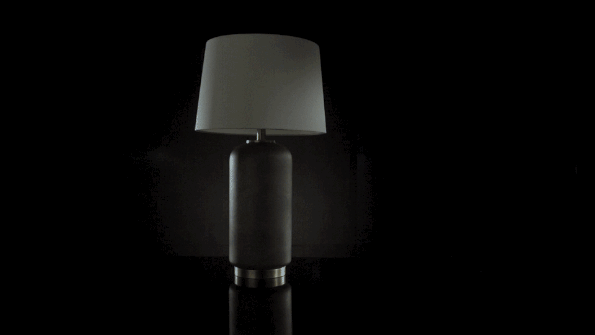 Keep your eye on the ball
In order to perfect the slo-mo shatter effect, the VFX team loaded up a trunnion gun (similar to a paintball gun) to fire steel and glass balls at the fragile objects. The compressed air from the gun, coupled with the high-speed marbles, allowed for the greatest possible destruction. The team used both glass and steel balls for the credits. Why? Deming said, "The steel balls offered a greater chance of destruction, but glass balls would shatter on impact, allowing them to blend into the destruction."

Give us some direction
Because Deming and the Kings preferred that the objects destruct in all directions as opposed to a single point of failure, the VFX team had to be very careful about which angles they used for the balls. Although everyone preferred the look that explosives provide, destroying different items required different techniques. Deming said, "The purpose of using the balls was to avoid extensive smoke and fire from an explosion. The frame rate was so fast that even a tiny puff of smoke that was invisible to the naked eye could ruin the whole shot by obscuring the action." 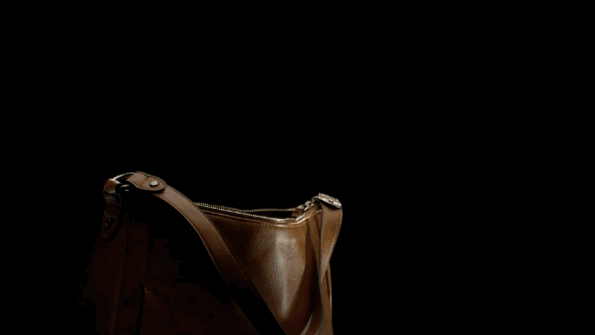 Boom goes the dynamite!
Because the steel balls only worked on fragile objects like the glass decanter, the larger objects required a little more flair. "Most of the other objects were blown up with small explosives, and the large items such as the chair and table used a detonation cord, which allowed us create long strips of explosions across the surface and literally cut them in half," shared Deming.

The above purse, one of the many objects the team exploded, required a lot of extra attention. In a variety of tests, makeup compacts turned to clouds of pink dust, tissues disintegrated into confetti, and nail polish painted film equipment like graffiti. As they moved forward in the process, the team decided to forego many of the more problematic items.

The rule of threes
There were many test runs to achieve the detailed explosions Lawson and the Kings were looking for. Deming's team typically used three duplicates of each item because, "Usually in the first take, the explosion would be way too big, then we'd do a second one with less explosives and sometimes it would be too small and maybe not even powerful enough to break the object," he said. "It often came down to the last copy of an object before we finally got it right. Every object was different in terms of its material and the way it reacted, so every new item was like its own experiment." 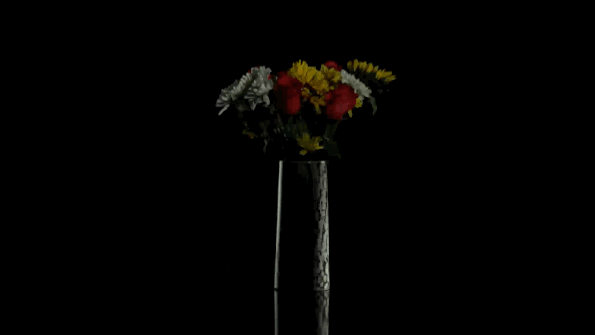 Shooting while shooting
In short, the 40 seconds that make up the dynamic Good Fight intro took approximately 24 hours of shooting, 12 hours of testing, weeks of prop building, and days of editing.

Lawson's lasting thoughts
"The opportunity to create this title sequence all the way from concept to fruition, and to take part in every step of the process, was incredibly gratifying," Deming said. "But my favorite individual part of the process was the joy that I got knowing that my job was literally to just blow things up dramatically. It was like a childhood dream come true! That's really the beauty of this whole business: it's our job to do these really outlandish things, and we pour tons of time and resources and expertise into making these crazy ideas a reality."

It's safe to say that Deming and his team ignited the perfect title sequence for The Good Fight.