Which Millennial can light a fire the fastest using only a knife and flint?
Survivor has definitely had its fair share of fire-starting triumphs over the years. Obviously, it's a major part of the show and can often be an emotional experience for the castaways—like this season, when Michaela kindled a flame for her fellow Ikabula Tribe members. But how much do The Great Indoors stars know about heating up a campsite?

We asked cast members Christopher Mintz-Plasse, Christine Ko, and Shaun Brown to see which one of them could light a fire the fastest using only a knife and flint—and, in true Millennial fashion, Christopher found a, well... let's just say easier way to ignite the blaze. 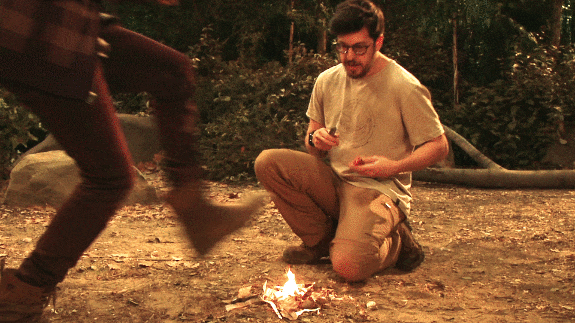 Watch The Great Indoors on Thursdays at 8:30/7:30c on CBS and CBS All Access.

Also, tune in to Survivor: Millennials Vs. Gen X on Wednesdays at 8/7c on CBS and CBS All Access.