Welcome to the second full week of the Anthony Scaramucci era at the White House!

Wow, life comes at you fast.

Last week on The Late Show, a devastated Stephen had to sing farewell to The Mooch. At least he was able to process what's going on in the Trump administration with Dave Chappelle and Al Franken. Still, it was the kind of exhausting news cycle that called for a bourbon ... 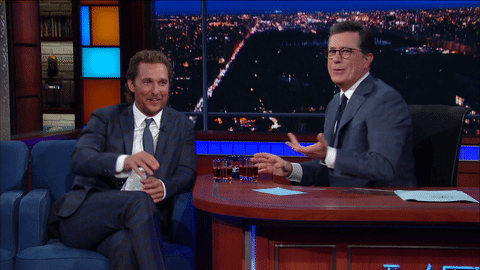 Will the White House be as entertaining this week as The Late Show guest lineup? Find out ...