Find out what life was like for the Bull star growing up.
Michael Weatherly was experiencing a little déjà vu on Tuesday. Make that a lot of déjà vu!

The star of the CBS drama Bull visited The Late Show and shared a photo from when he was a kid, joining a campaign where Stephen Colbert donates $1,000 to Puerto Rico hurricane relief for every celebrity who posts an awkward teenage photo of themselves on social media. There are a number of ways you can help out, too.

Michael then retold stories from his childhood—including the kinds of things that he might get in a lot of trouble for today! But the real déjà vu happened when he told Stephen about a recent dream—and the two reenacted the whole thing.

WATCH: Michael Weatherly Had A Dream About The Late Show 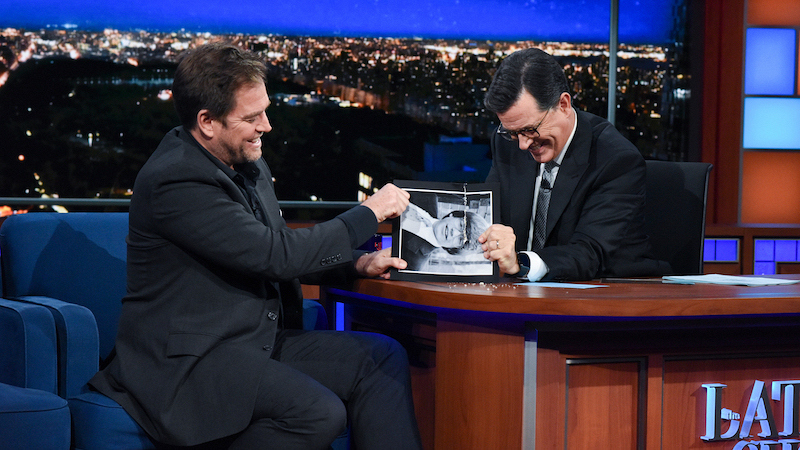 Michael also shared a clip from the new season of Bull and revealed a few things fans can expect now that Executive Producer Glenn Gordon Caron​ has joined the team.

Tuesday's full episode of The Late Show is available to stream online, including Stephen's take on the news of the day, comedian Natasha Leggero, and a musical performance by Paul Weller.

QUIZ: Can You Call Out The Real Bull?