Of course, you know and love Anna from her work on the CBS comedy Mom. Speaking of which, Anna told Stephen why her own mom isn't reading the book.

Before they played a round of the quiz she likes to give celebrities on her podcast, "Deal Breakers And How To Proceed," Anna told Stephen the advice she would have given his wife—and got him pretty flustered! 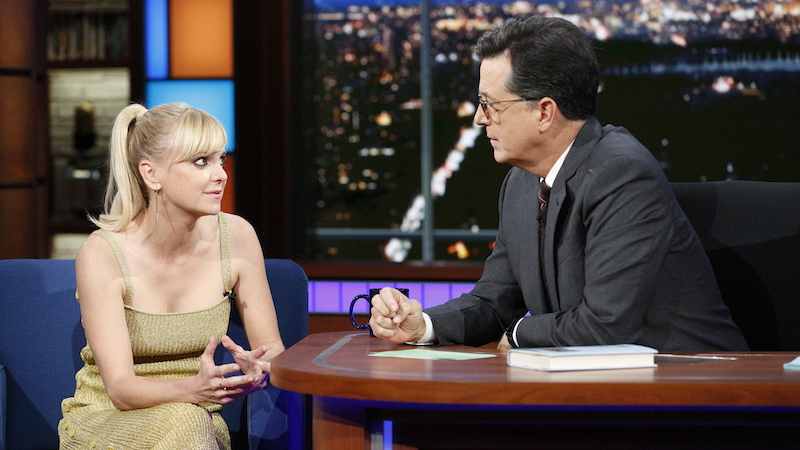 Monday's full episode of The Late Show is available to stream online, including Stephen's take on the news of the day, an interview with comedian Amy Sedaris, and a musical performance by Tyminski.

Watch the Season 5 premiere of Mom on Thursday, Nov. 2 at 9/8c on CBS and CBS All Access.