The star of the new CBS drama S.W.A.T. had a revealing visit to The Late Show.
Shemar Moore is no stranger to CBS, having starred on The Young and the Restless, Criminal Minds, and now S.W.A.T.‚ which premieres on Thursday, Nov. 2 at 10/9c on CBS and CBS All Access.

Sometimes it seems like he's no stranger to clothing, either. During his visit to The Late Show, Shemar explained to Stephen why his shirt always seems to be off. The action star and the late-night host then compared abs, and it was no contest. Really, please ... no competing allowed.

The wide-ranging interview also touched on the backstage experience at The Late Show, advice Shemar got from his mom, his future plans for his abs (really!), what Baby Girl Nation is all about, and that time his romantic overtures were rejected by Alicia Keys in the most amazing way possible. 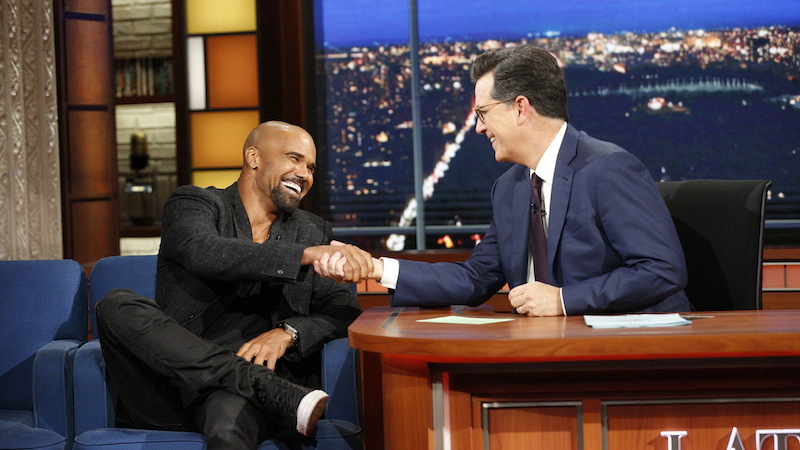 Tuesday's full episode of The Late Show is available to stream online, including Stephen's take on the news of the day, an interview with journalist Jake Tapper, and a musical performance by Khalid.