New Dad Jermaine Fowler Faces A Taste Of His Own Medicine

The star of Superior Donuts talks childhood and fatherhood with Stephen Colbert.
Jermaine Fowler brings a lot of energy and creativity to his character on Superior Donuts, whose Season 2 premiere is coming up on Monday, Oct. 30 at 9/8c on CBS and CBS All Access.

During a visit to The Late Show on Thursday, we got a taste of where it all began. Jermaine told Stephen about some of the antics he got into as a kid. Those lessons may encourage him to baby proof his house now that he's the father of an adorable 3-month-old (and, yes, he shared a picture during the interview).

This isn't the first time Jermaine and Stephen have shared a stage. They worked together on the 69th Primetime Emmy® Awards and talked about what it was like behind the scenes. 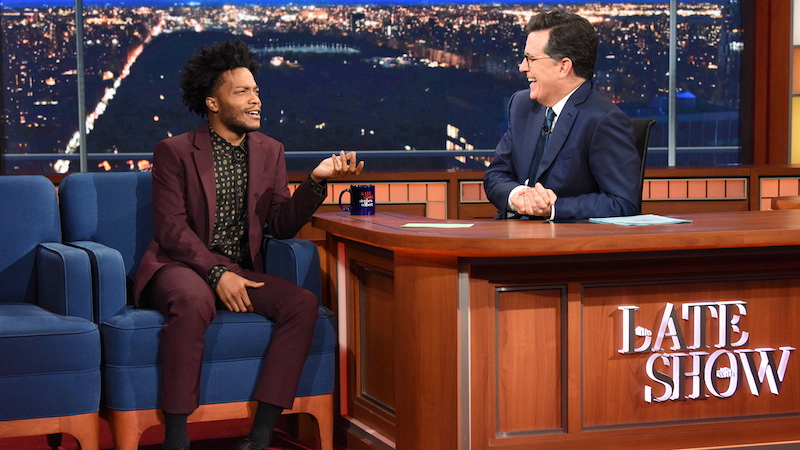 Thursday's full episode of The Late Show is available to stream online, including Stephen's take on the news of the day, an interview with actress Julianne Moore, and a musical performance by Fleet Foxes.

Watch the Season 2 premiere of Superior Donuts on Monday, Oct. 30 at 9/8c on CBS and CBS All Access.