Somebody Help Puerto Rico (Hint: That Means You!)

San Juan Mayor Carmen Yulín Cruz doesn't mince words. Help our fellow citizens!
Unless you've been living on some other island that had all power knocked out by a category 5 hurricane, you probably heard that Puerto Rico was hit by a category 5 hurricane. On The Late Show, we've been encouraging people to support over 3 million of our fellow U.S. citizens who live there.

On Wednesday night, the mayor of San Juan, Carmen Yulín Cruz, visited the show and spoke with Stephen Colbert about the state of rebuilding. There's no joking around on this. Around 50% of people still don't have access to electricity—and it's been more than a month since Hurricane Maria made landfall. Many still lack clean drinking water, proper medical attention, and other basic necessities. You can make a difference by donating through a foundation that Mayor Cruz is promoting called Alguien Ayudenos (which translates from Spanish as "Somebody Help Us").

During the interview, the mayor also spoke about Trump labeling her as "nasty"—and she gave Stephen a T-shirt with the word "Nasty" and a Puerto Rico flag graphic on it. 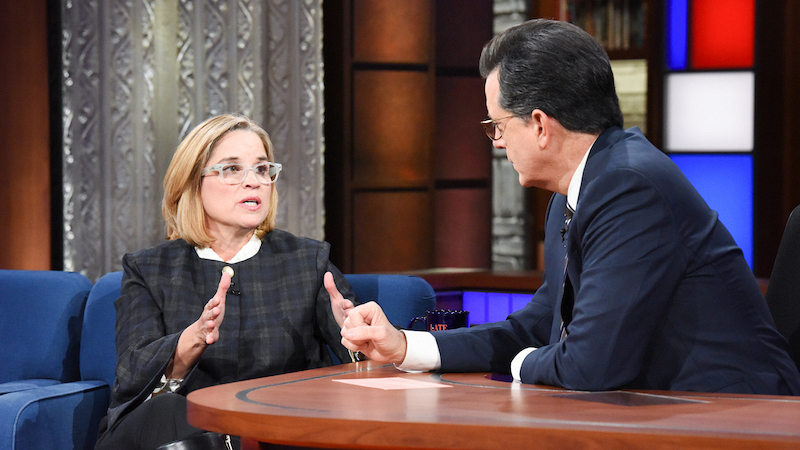