Also, did you know he got his start on a glitter-covered skateboard in a church Christmas pageant?

Actor Christopher Jackson stars as Chunk Palmer on the CBS legal drama Bull, but you also know him from 20 years singing on Broadway in shows from The Lion King to Hamilton.

It's a shame he doesn't get to sing as much on Bull, but he had a special treat in store for his fans who tuned in to watch him on The Late Show. That's right, it's "Bull: The Musical"—featuring a little help from Stephen Colbert.

WATCH: Michael Weatherly Had A Nightmare About The Late Show

Prior to the performance, the pair talked about Christopher's perspective on American history and politics today. The two also compared experiences getting their careers started in church Christmas pageants. Let's just say one was a little more colorful!

You can stream Wednesday's full episode of The Late Show on CBS All Access, including Stephen's take on the news of the day, an interview with Ed Helms, and a musical performance by Bleachers. 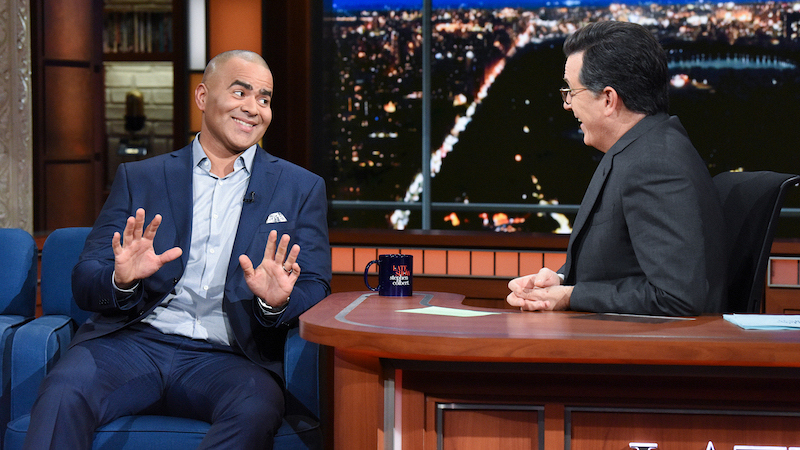