If The Good Fight Becomes A Musical, Christine Baranski Is Totally Prepared

Baranski showed off her Broadway talent during a visit to The Late Show!

The second season of the CBS All Access exclusive series The Good Fight is coming up on Sunday, Mar. 4, and that puts a song in Christine Baranski's heart.

WATCH: A Heart-Pounding Preview From Season 2 Of The Good Fight

Fortunately for us, she shared that song with Stephen Colbert on The Late Show. Sure, The Good Fight is a legal drama and can be pretty serious—but Christine's got some serious pipes!

In addition to teasing a little bit about the Season 2 premiere of her acclaimed series (which is a new edition of The Good Wife), Christine and Stephen compared notes on what it takes to produce shows that keep up with the frenetic pace of current events. 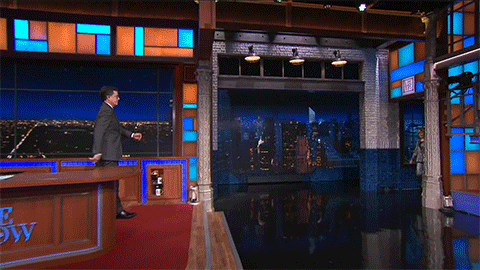 At the start of The Good Fight's upcoming season, it might seem like the world is going insane. Episodes will be set against backdrops like sexual assault, white supremacy, fake news, and even unqualified judicial appointees. Diane Lockhart (played by Christine), Lucca Quinn (Cush Jumbo), Maia Rindell (Rose Leslie), Adrian Boseman (Delroy Lindo), and their fellow lawyers will also find themselves under psychological assault when a client at another firm leads a twisted effort to target their entire profession.
STREAM: The Entire First Season Of The Good Fight On CBS All Access

Christine and Stephen also spoke about her experience on Broadway (including literally breaking a leg), being raised by nuns at Catholic school, and going back to school as an adult (hint: just some place called Oxford).

You can stream Thursday's full episode of The Late Show, including Stephen's take on the news of the day, an interview with ​actress Constance Zimmer, and a musical performance by Bon Jovi.

Stream the Season 2 premiere of The Good Fight on Sunday, Mar. 4, exclusively on CBS All Access.