Plus, Stephen welcomes Zoe Lister-Jones, Patton Oswalt, Steve Buscemi, and more!​
We're still not sure if Donald Trump will get his parade, but we just had one of our own—and it was kinda fun.

After J.J. Abrams stopped by The Late Show to chat with Stephen, the two led the entire audience down Broadway to watch a play. This unique double feature concluded with The Play That Goes Wrong, which J.J is producing. You can watch them lead the crowd out on Twitter, and the full Broadway march is on Facebook. 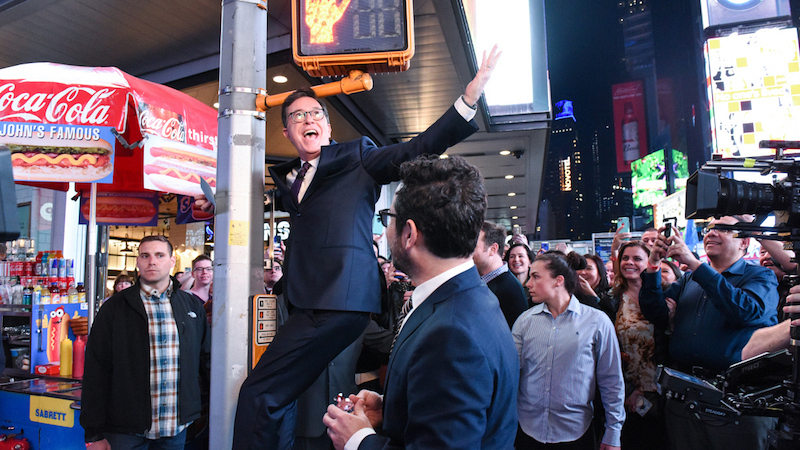