Beverages taste a whole lot better out of a mug that donates 100-percent of its profits to charity.
After making its late-night debut on January 17, The Late Show with Stephen Colbert's "Shutdown Mug," which features the all-too apropos phrase "Don't Even Talk To Me Until I've Had My Paycheck," is officially available for purchase at colbertlateshow.com/shutdownmug. 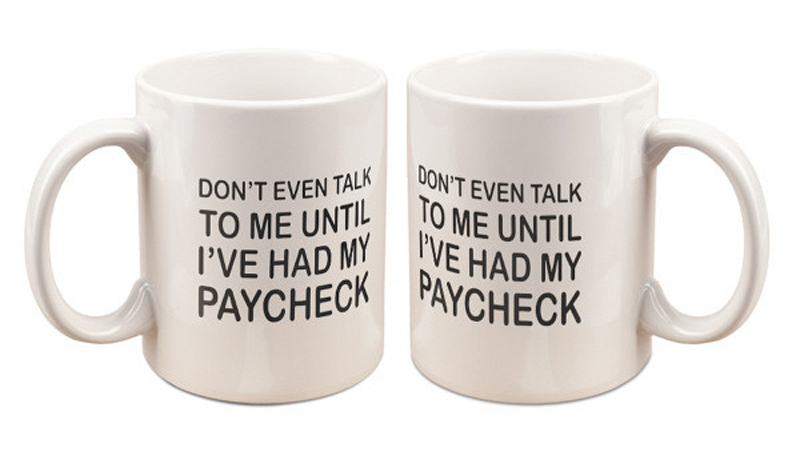 If the drinkware's enticing font and easy-to-hold handle doesn't make you want to add this mug to your cupboard, then how about the fact that 100-percent of the profits will go directly to Chef José Andrés' non-profit organization, World Central Kitchen, which is providing free meals to federal workers and their families during the government shutdown.

World Central Kitchen’s #ChefsForFeds, the Washington, D.C.-based emergency kitchen and café for federal workers who have been affected by the government shutdown, has been offering free meals for dine-in and to-go since Wednesday, Jan. 16.