Spider-Man himself visited The Late Show with a special mission: find these pups forever homes at all costs!

On the latest episode of The Late Show with Stephen Colbert, our fearless host had a superhero team-up of epic proportions with Spider-Man: Far From Home actor Tom Holland, who stopped by the show to help Stephen present new adorable—and adoptable!—pups from the North Shore Animal League America (NSALA).

NSALA is the world's largest no-kill animal rescue and adoption organization. Head over to the NSALA website, where you can look up the puppies from the show and give them a loving forever home.

You can also find other lovable animals in your area and learn more ways to support the organization. 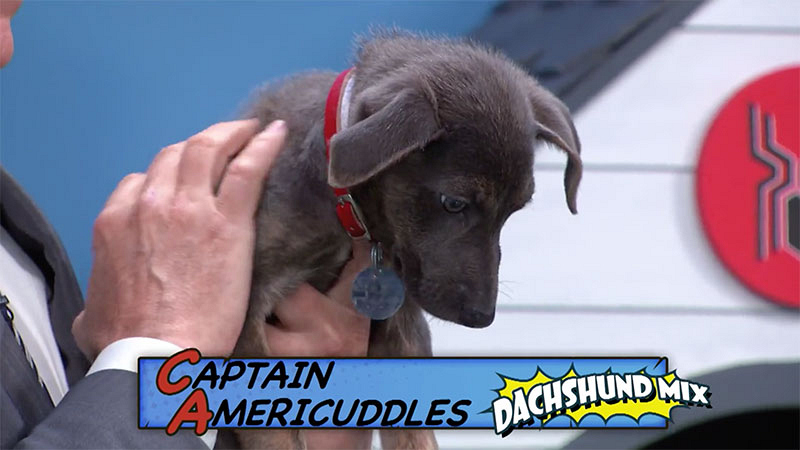 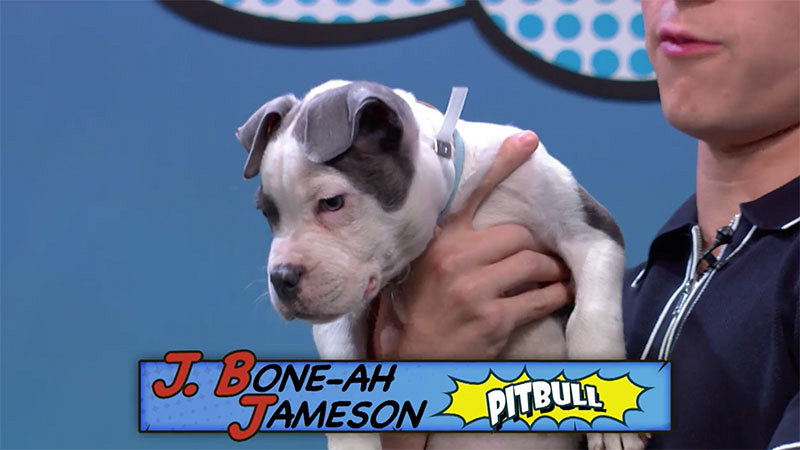 J. Bone-Ah Jameson
Pitbull
More about J. Bone-Ah Jameson: A veteran journalist and a real old-fashioned newshound, he can sniff out any story—as long as that story is located in another dog's butt. 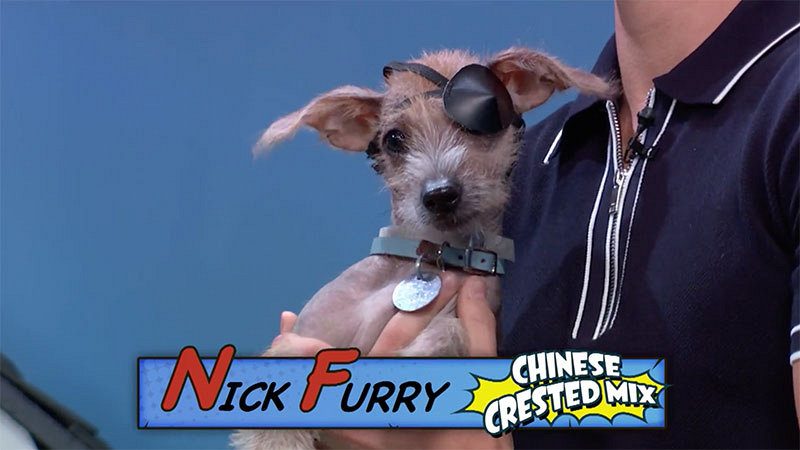 Nick Furry
Chinese Crested Mix
More about Nick Furry: He may be grizzled, but underneath it all, he has a caring soul. Plus, right when you think your walk with Nick is over, he surprises you with a fun post-walk scene where he tells you he's putting together a special team! That team's mission? Go on another walk.

For more information on all of the featured pups, remember to visit the North Shore Animal League America (NSALA).