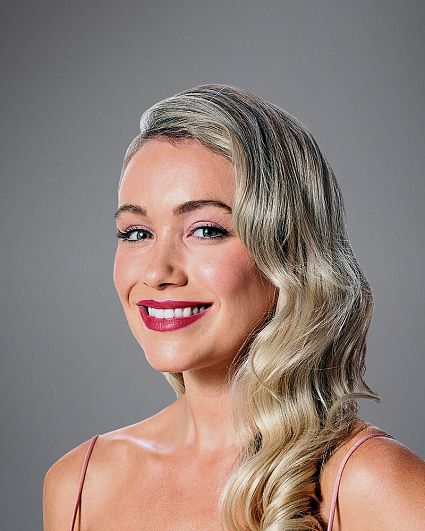 Bowden is perhaps best known for playing the drop dead gorgeous receptionist Cerie in the mega hit comedy 30 Rock, for which she received seven SAG Award nominations and one win for the show. She then went on to star in Steven Spielberg's series Public Morals opposite Michael Rappaport and Ed Burns. Her other credits include Tucker and Dale vs. Evil and American Reunion. She recently wrapped the film Mickey Kelly, starring alongside Dennis Quaid. Bowden has also graced the covers of Maxim and FHM, and was named "Sexiest Woman Alive" by Esquire Magazine.

Bowden lives in Los Angeles with her husband, musician, Ben Jorgensen and their two dogs. She is a fun-loving, hard-working, adventure junkie with a quick sense of humor. Bowden has run multiple marathons and loves taking on physical challenges. When she is not shooting The Bold and the Beautiful she can be found working on her popular blog, where she shares her love of all things healthy, FitKatbyKatrinaBowden.com. Bowden celebrates her birthday on September 19.