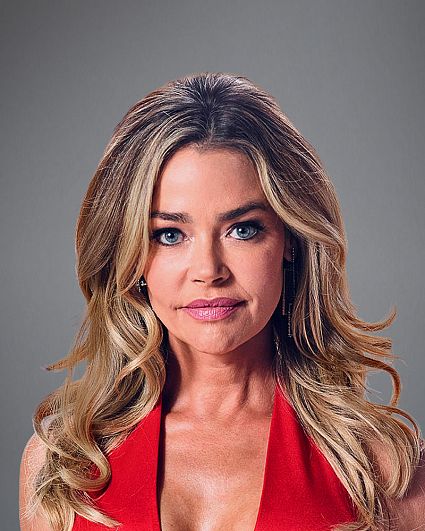 Richards currently stars as the newest cast member on the hit show The Real Housewives of Beverly Hills. Richards is an accomplished actress, businesswoman, philanthropist and New York Times bestselling author of her memoir, The Real Girl Next Door.

Her additional television credits include guest appearances on Friends, 30 Rock, Blue Mountain State, Anger Management, and Twisted. Richards co-starred in the television film Blue Lagoon, a remake of the 1980 film. Also, she was seen in the hit comedy Jane The Virgin as well as Girlfriend's Guide to Divorce.

Along with standing out on screen, Richards has advanced her professional career to develop prime business partnerships and to support causes close to her heart. Her collaboration with Shoedazzle to design the "Eloise" heel has raised over $15,000 for the Kidney Cancer Association. Teaming up with world renowned hair stylist Christophe, Richards helped develop Volume Extend, an integrated hair care system. Richards serves as Ambassador, and commits her ambitious nature and her love of animals, to Best Friends Animal Society. Since her involvement, Richards has furthered the cause, saved lives, raised awareness and fostered her own rescues. Also, she joined the Will Rogers Institute's longtime summer theatrical PSA campaign to benefit Brave Beginnings, a program that works to improve the lives of premature babies by providing hospital grants to purchase essential equipment and critical services.

Currently, Richards resides in Los Angeles with her husband and three daughters. She celebrates her birthday on February 17.