The CBS Daytime drama won the International TV Audience Award in the Telenovela/Soap Opera category at the Monte-Carlo Television Festival on Thursday.

On hand to help accept the Golden Nymph award was Executive Producer Bradley Bell, along with Darin Brooks (“Wyatt”), Scott Clifton (“Liam”), Katherine Kelly Lang (“Brooke”), John McCook (“Eric”), Rena Sofer (“Quinn”), and Jacqueline MacInnes Wood (“Steffy Forrester”). The cast was clad in their finest attire for the festive event, with everyone decked out in sleek tuxes and show-stopping gowns. 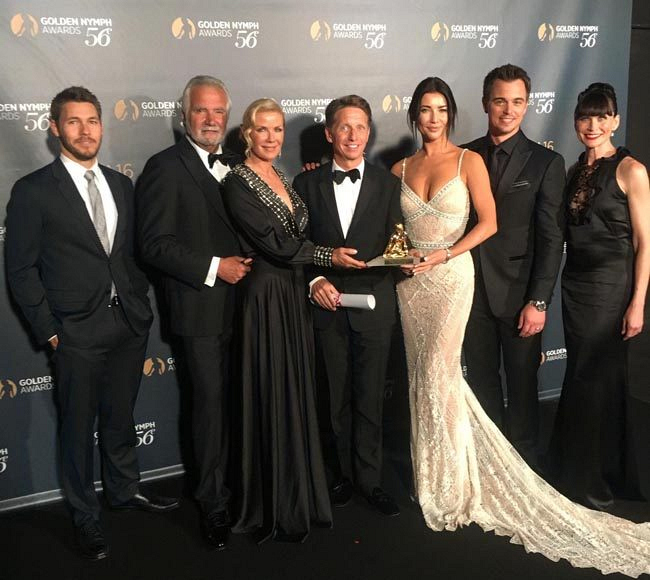 This is the 11th consecutive year the series has been the recipient of this award. (Hey, if it ain't broke...) The TV Audience Awards category honors shows that gathered the highest number of viewers worldwide in 2015 across five continents. That means our European neighbors love B&B as much as we do.

As for your favorite B&B stars, it looks like they were having a blast abroad:

Pretty sure this why my luggage was so heavy..#imgoingtodosquatsinthisdress

What did you guys do last night?? Night One of the amazing @festivaltvmonte_carlo!! Opening ceremony was a blast! More to come... Avec ma cherie jolie @kellylkruger!! #FTV16 #BoldAndBeautiful @boldandbeautifulcbs