Steffy vs. Ivy: Whose Side Are You On? 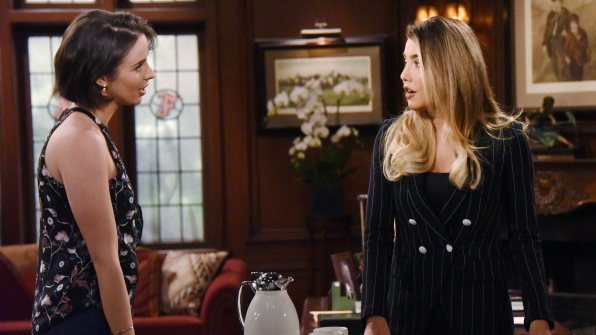 After learning that Steffy has quickly moved on and is engaged to Wyatt following Liam's dissapearance, Ivy lets it all out. 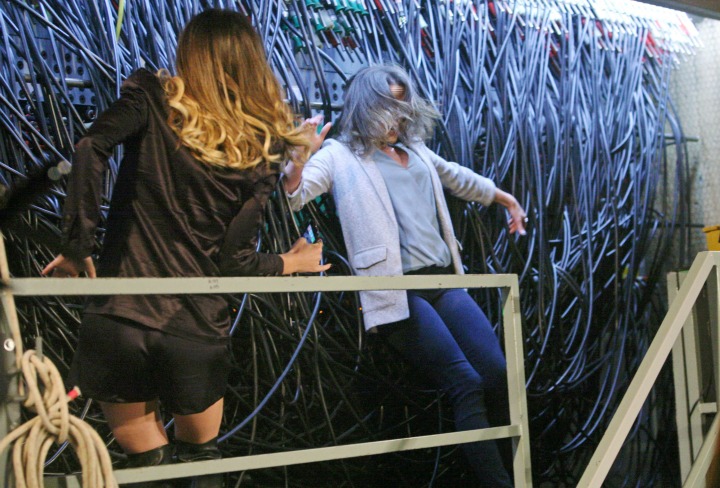 A heated argument lands Ivy in the hospital.

After learning that Steffy told Wyatt that Ivy cheated on him, the Australian Forrester was enraged. Despite the dangerous electrical zone, Ivy grew confrontational and knocked Steffy's phone out of her hand. Steffy picked it up and quickly turned around, launching Ivy straight into an electric surge.

Feeling guilty, Steffy called the hospital and had Ivy taken care of immediately. But, Steffy's concern wasn't enough for Ivy, who later drew up a restraining order against her cousin. 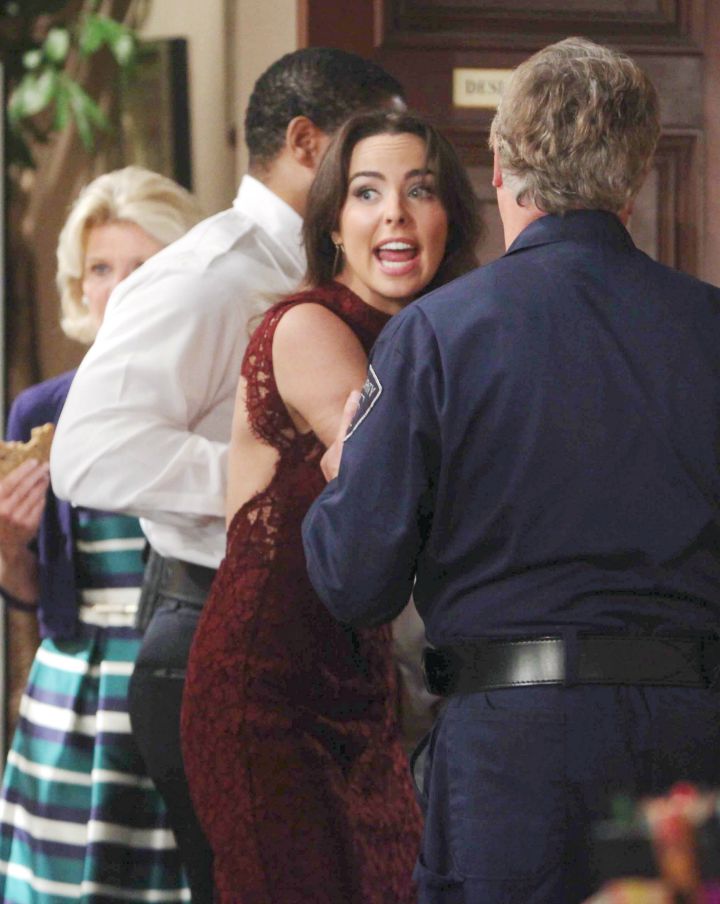 Steffy fires Ivy and has her escorted off the premises.

While Steffy promised Ivy she'd never again bring up the video, she was ultimately compelled to go back on her word. Steffy had already stripped Ivy of her position as Face of Forrester after canceling the first scheduled photoshoot, but she couldn't completely shake off the bad blood.

On a seemingly normal business day, Steffy called Ivy into her office and delivered some shocking news: Ivy had been terminated from Forrester Creations and would no longer be welcome in the building.

Both cousins argue they've stood up for what they believed in, and both felt wronged. Whose side are you on? 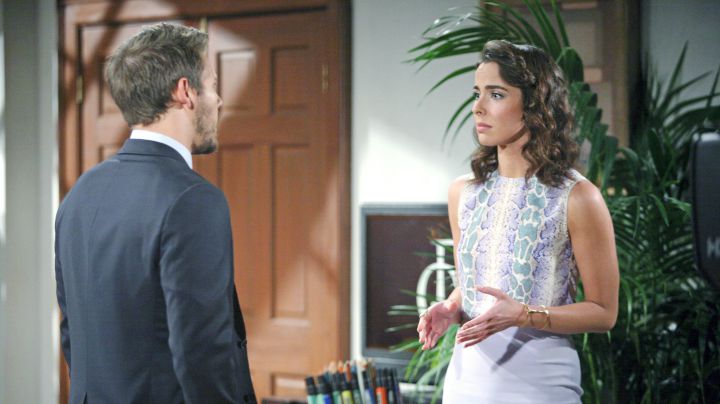 Shortly after the wedding, Ivy learned she had dual citizenship in the U.S. and in Australia. Realizing that she no longer needed to be married to Liam in order to stay in Los Angeles, Ivy found herself in a dilemma: Would she tell Liam the truth, or would she keep the news a secret?

Following Quinn's advice, Ivy chose not to tell Liam about the deportation mixup. But after hearing him talk about his love for Steffy, Ivy finally came clean and confessed there was no longer a reason for the two to remain married. The couple quickly annulled their marriage, leaving Liam excited for a future with Steffy while Ivy tried to recover from a broken heart. 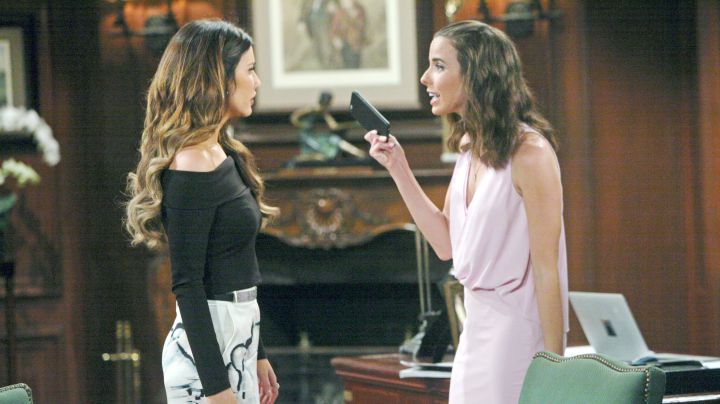 In hopes of getting a confession from Steffy, Ivy presented her with the video footage. Shocked at just how incriminating the clip seemed, Steffy plead with Ivy to believe she acted out in self-defense. Hurt and confused, Ivy told Steffy she wouldn't let her get away with stealing both Liam and Aly from her.

Ivy and Wyatt plot ways to use the video as leverage.

As the days passed, Ivy's heart grew heavier with sadness over Aly's death. She couldn't believe that someone so young was gone so soon. To cope, she focused her attention on getting "justice for Aly" with her new boyfriend, Wyatt.

The couple agreed that the video could help them garner the respect they felt they'd never gotten from Forrester Creations, while also knocking Steffy and Liam's happiness down a notch. Excited about their budding relationship and the changes the future held, the two cuddled up and dreamed of more successful times. 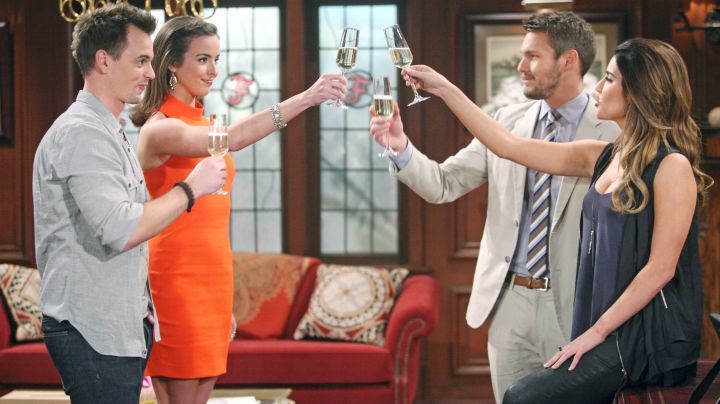 Steffy and Ivy come to a temporary truce.

Deciding not to create a rift in the family, Steffy and Ivy momentarily agreed not to argue. Instead, the ladies directed their questions at Liam and demanded to know which woman he ultimately saw himself dating.

After much thought, Liam decided he would continue seeing Ivy.
©Sean Smith/JPI Studios 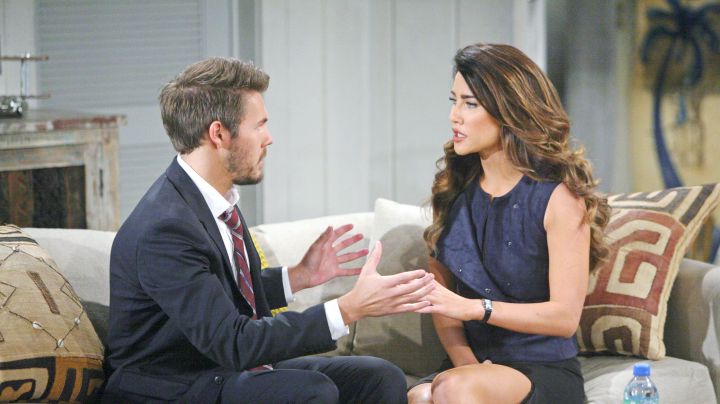 At first, Steffy couldn't believe that Thomas would advocate for Ivy as the company's newest model. But after he told her about the video, she realized he had no other option. Reluctantly, Steffy gave up her title as Face of Forrester and passed off the honorable position to her cousin. The problem? Liam had no idea what was going on.

After being left in the dark for weeks, Steffy finally told Liam about the video. He swore to protect Steffy going forward, saying that Ivy wouldn't get away with blackmail. 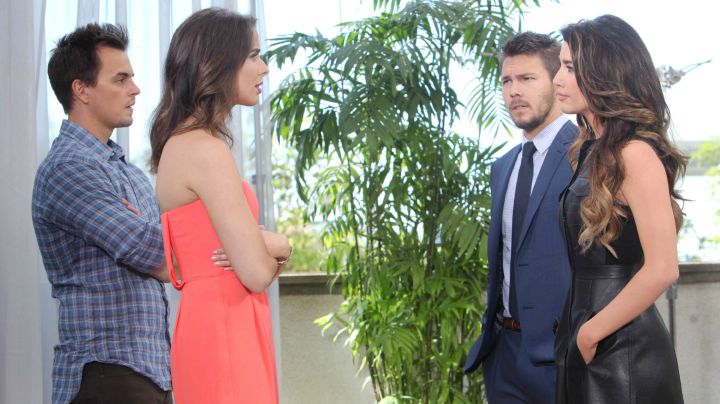 Ivy deletes the footage of Steffy, and they make amends.

After weeks of threats, Ivy finally agreed to delete the video. As she erased it from all of her devices, she admitted that she was incredibly saddened that she didn't notice the shift in Aly's behavior sooner. Steffy saw the pain in her cousin's face and thanked her for letting go. With Wyatt and Liam as witnesses, the Forrester women promised that they would never speak of the video again. 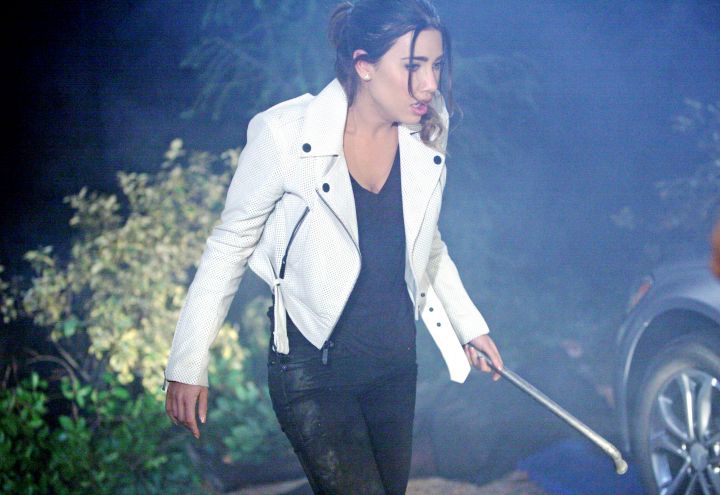 Steffy strikes her cousin in an act of self-defense.

While changing her tire on the side of the road, Steffy noticed a car speeding towards her. As she moved out of the way, she was shocked to see Aly behind the wheel. Before lunging at Steffy, Aly revealed that she was on a mission to avenge her mother's death. Aly claimed Steffy had lived a spoiled life for far too long, and that it was time for her fairytale to come to an end.

Just as Aly geared up to deliver a life-threatening blow, Ivy arrived on the scene. Seeing Steffy rise from the ground, Ivy started recording the altercation on her phone. What she saw shocked her.

Instead of seeing Steffy strike at Aly with a tire iron in self-defense, Ivy swore she saw Steffy acting out in a fit of malicious rage. 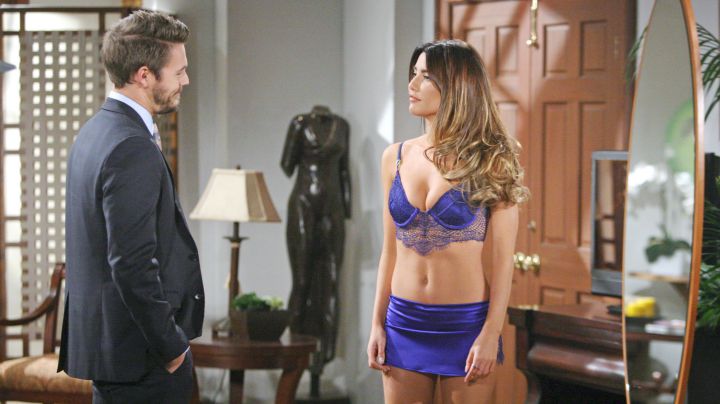 Things start to heat up between Liam and Steffy.

Now that Liam knew Ivy's citizenship no longer depended on him, he refocused his attention on Steffy. Over time, the couple started mending their relationship, making time to get a bit risqué in the office. For a moment, it seemed like the drama had disappeared from their lives.

But things grew darker after Aly walked in on Steffy modeling lingerie for Liam. The younger Forrester already held a grudge against Steffy, whose mother killed Aly's mother years prior in a car accident, and seeing her cousin and best friend Ivy in pain set her over the edge. As Aly's mental health spiraled downward, Steffy found her safety on the line. 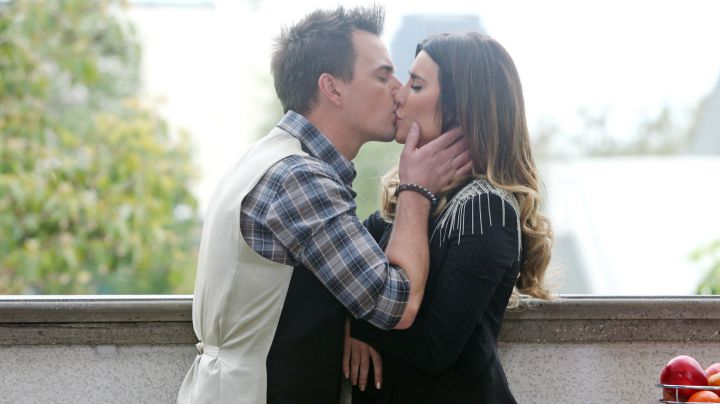 After her encounter with Liam and Ivy, Steffy decided it was time for her to move on with her life. The single gal switched her sights over from one Spencer brother to the other. Steffy and Wyatt found themselves exchanging flirty glances until finally they locked lips in a steamy embrace.

However, their romance was short-lived. Wyatt began to suspect that Steffy still had feelings for Liam, and he pressed her for answers. Finally, Steffy confirmed his suspicions and admitted her heart still belonged to her ex-beau. 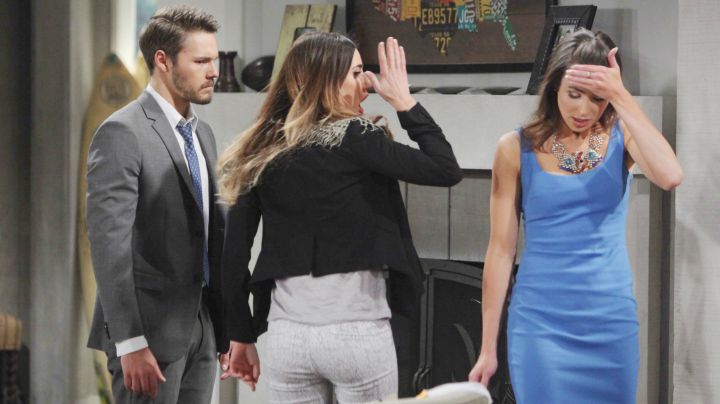 Steffy flips out at the newlyweds.

Liam told Steffy about his decision to marry her cousin, leaving the American Forrester heartbroken and outraged. Steffy stormed through Liam's house, leaving behind broken kitchenware and letting it be known that she disapproved of the recent nuptials. 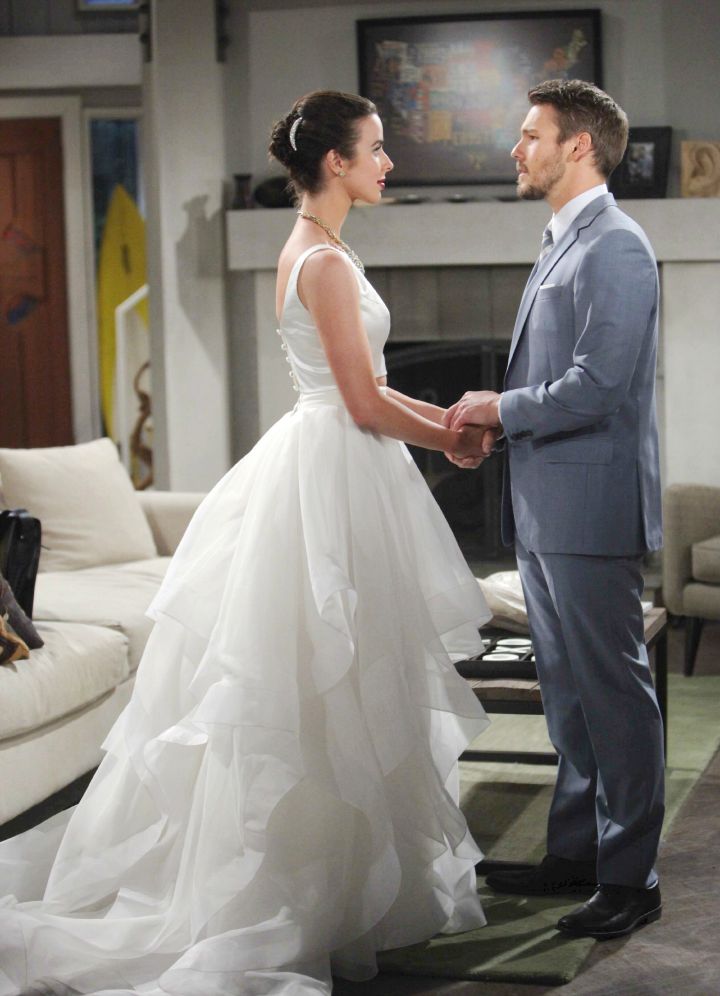 Ivy and Liam get married.

Ivy told Liam that in order to become a United States citizen, she'd have to marry someone–and fast. Unable to let her go, Liam proposed that the two tie the knot in a simple, elegant wedding. 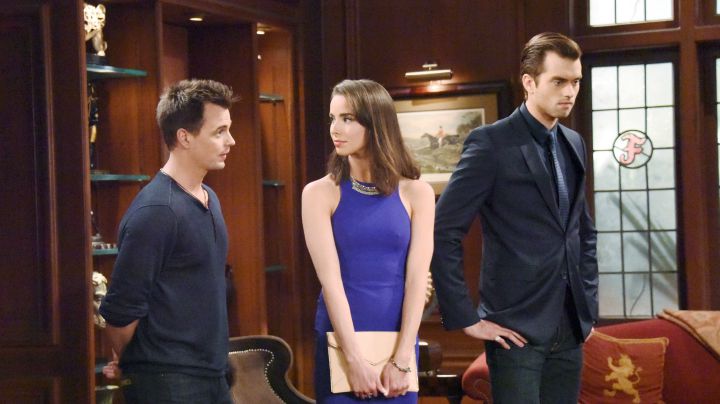 Ivy uses the incriminating video to get ahead at Forrester.

Devastated over her cousin's death, Ivy came up with a plan to ensure Steffy wouldn't continue her life without consequences. Knowing that taking the video to the police could completely ruin Forrester Creations, Ivy chose to hang onto the footage and use it to get "justice for Aly."

As Ivy grew closer with Wyatt, the two made a pact to help each other rise in the ranks and make a name for themselves. With Wyatt's support, Ivy showed Thomas the footage of his sister and laid out her terms: either Thomas would advocate for Ivy to become the Face of Forrester, or Ivy would make sure Steffy had a new home in jail. 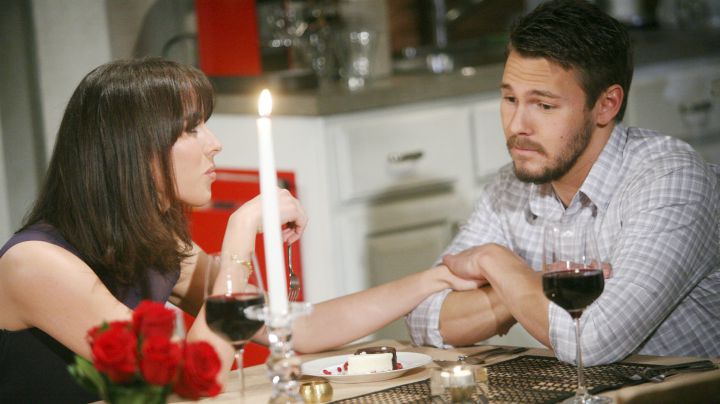 Ivy sticks by Liam's side despite his indiscretion.

Things grew tense between Ivy and Liam after she caught him under a scantily-clad Steffy, but the couple chose to push forward anyway. 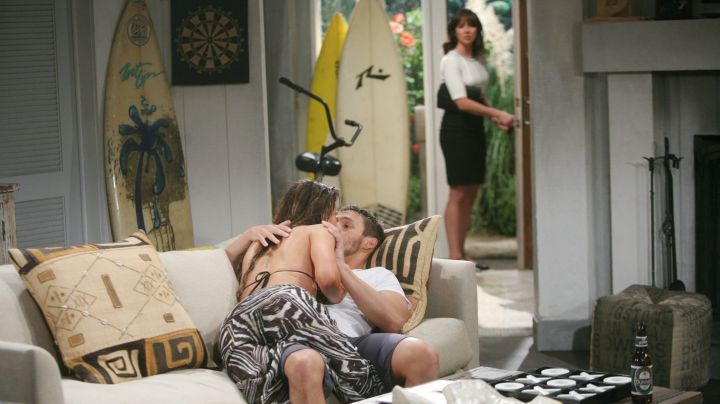 Steffy returns from Paris with seduction on her mind.

After being away in Europe, Steffy came back to Los Angeles on a mission to win back the man she married—despite knowing he was actually seeing her cousin, Ivy. Determined to show Liam that she was the only Forrester woman he needed, Steffy put on a sexy swimsuit and strutted her way back into his life. But just as Steffy planted a kiss on her ex-husband's lips, Ivy walked in and caught her in the act.

Can't get enough of the drama? Watch The Bold and the Beautiful on CBS