In celebration of Bob Barker and Pet Adoption week, the stars of CBS show off their adorable pets! 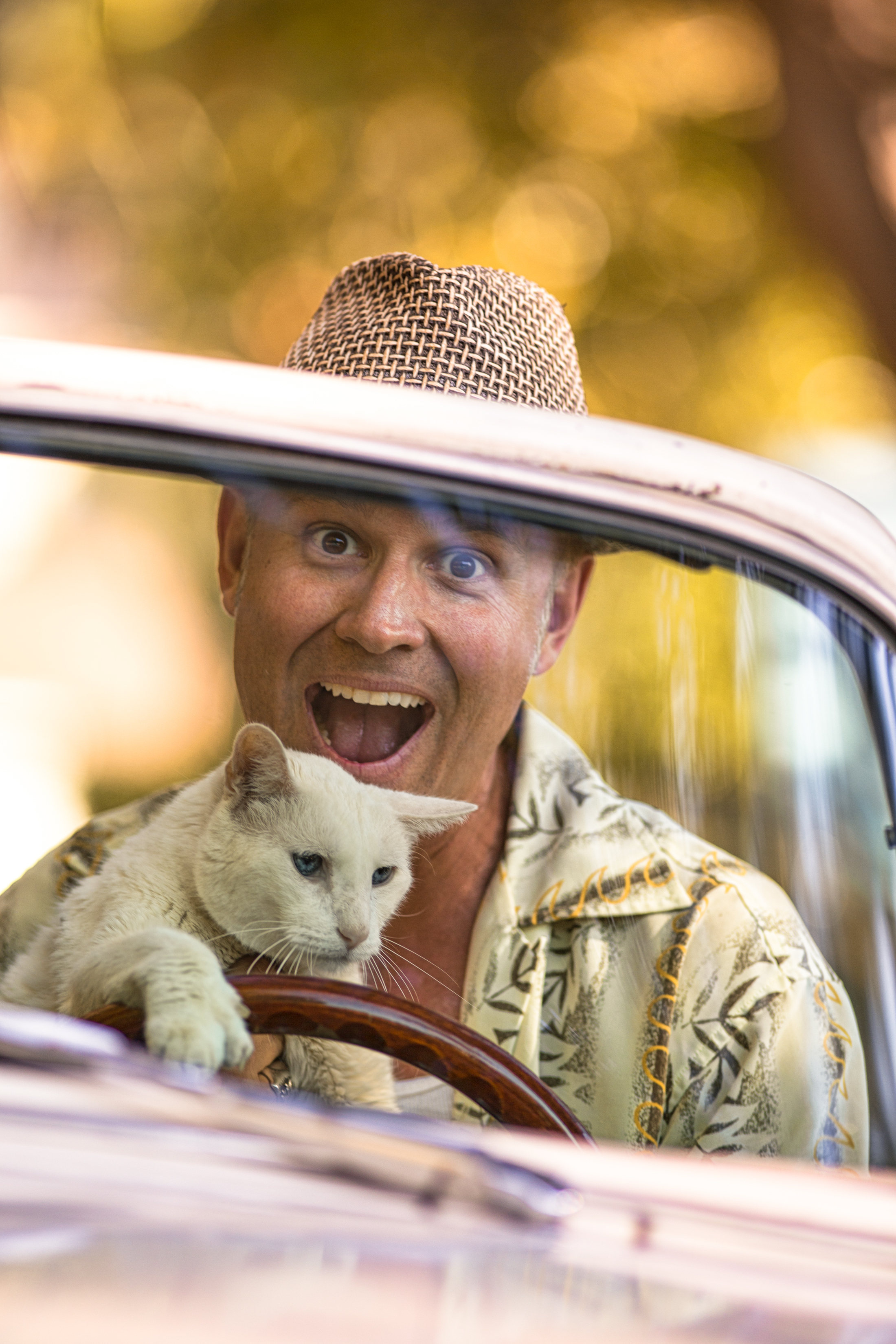 The Price Is Right's George Gray

George Gray with rescue cat Cracker Sinatra. Officially Mr. Cracker "Sweetie" Sinatra. Cracker because he is The Whitest Cat in Show Business and Sinatra because he is an old cat with bright blue eyes - "Old Blue Eyes." When George's best buddy Stinky died at age 15, George was beside himself. After some time had passed, George was ready for another companion. One thing George knew for certain - he was going to rescue a cat on Death Row! One of his good buddy's sister worked at the Burbank Animal Shelter; he told his buddy that if there is cat that is absolutely going to be put to death to let him know. A few weeks later George received a call that there were two cats in particular whose time was running out. George looked at both cats and one in particular spoke to him. Each time George would pass by, Cracker, who happens to be a polydactyl (six-toed) cat, would stick his big, mitten-like paws up against the cage. Cracker was also much older than the other cat and his chances of being adopted were slim. According to the nice folks at the shelter, Cracker was found abandoned in a field, but they believed he came from a loving family. Even in the notes, the staff wrote "so sweet". Now Cracker is his new Best Buddy and his nickname is "Sweetie" because he is the sweetest cat ever! (Photo by Shane Eitner Furtography) 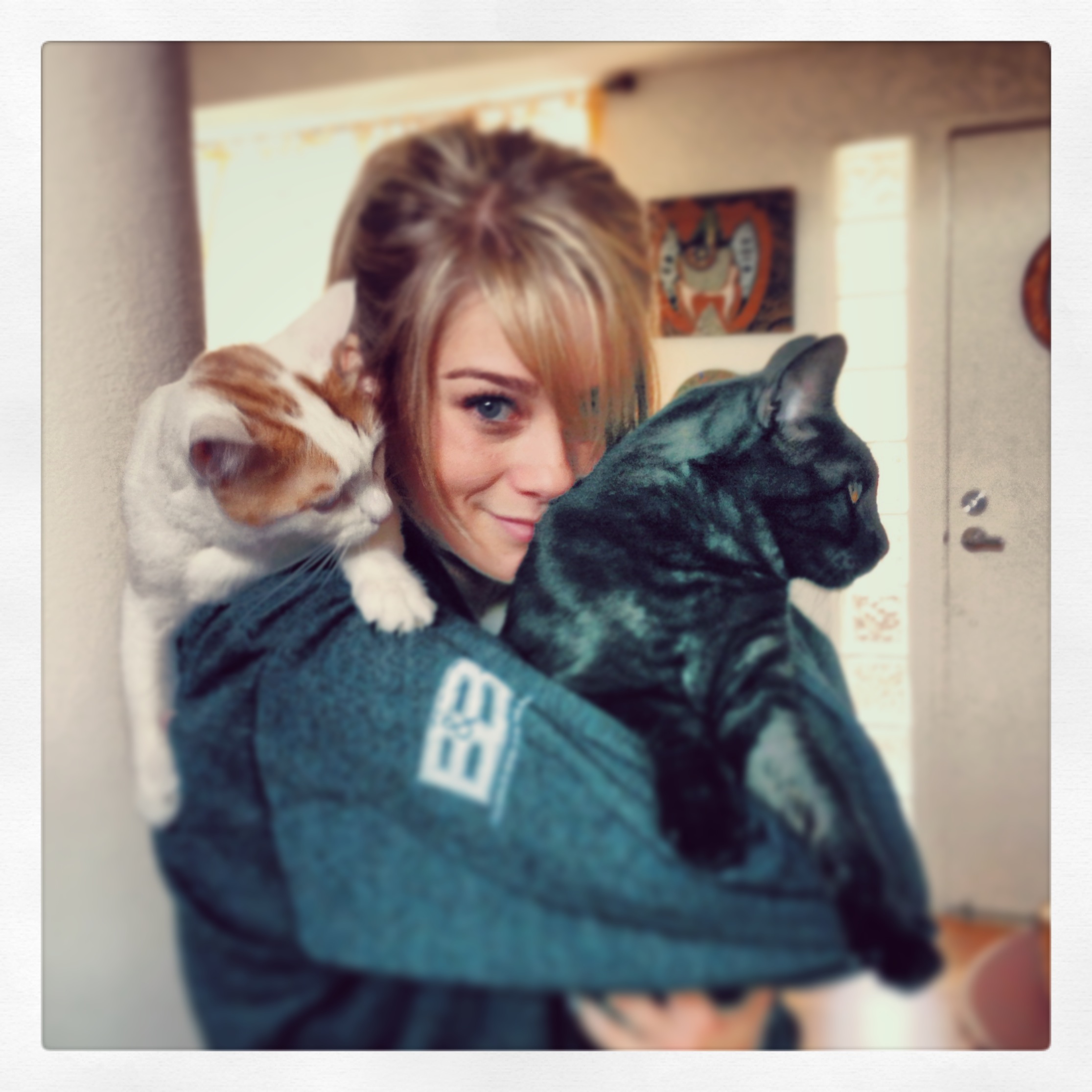 The Bold and the Beautiful's Kimberly Matula

The Bold and the Beautiful's Kimberly Matula with her two adopted cats, Buffy and Lebowski. 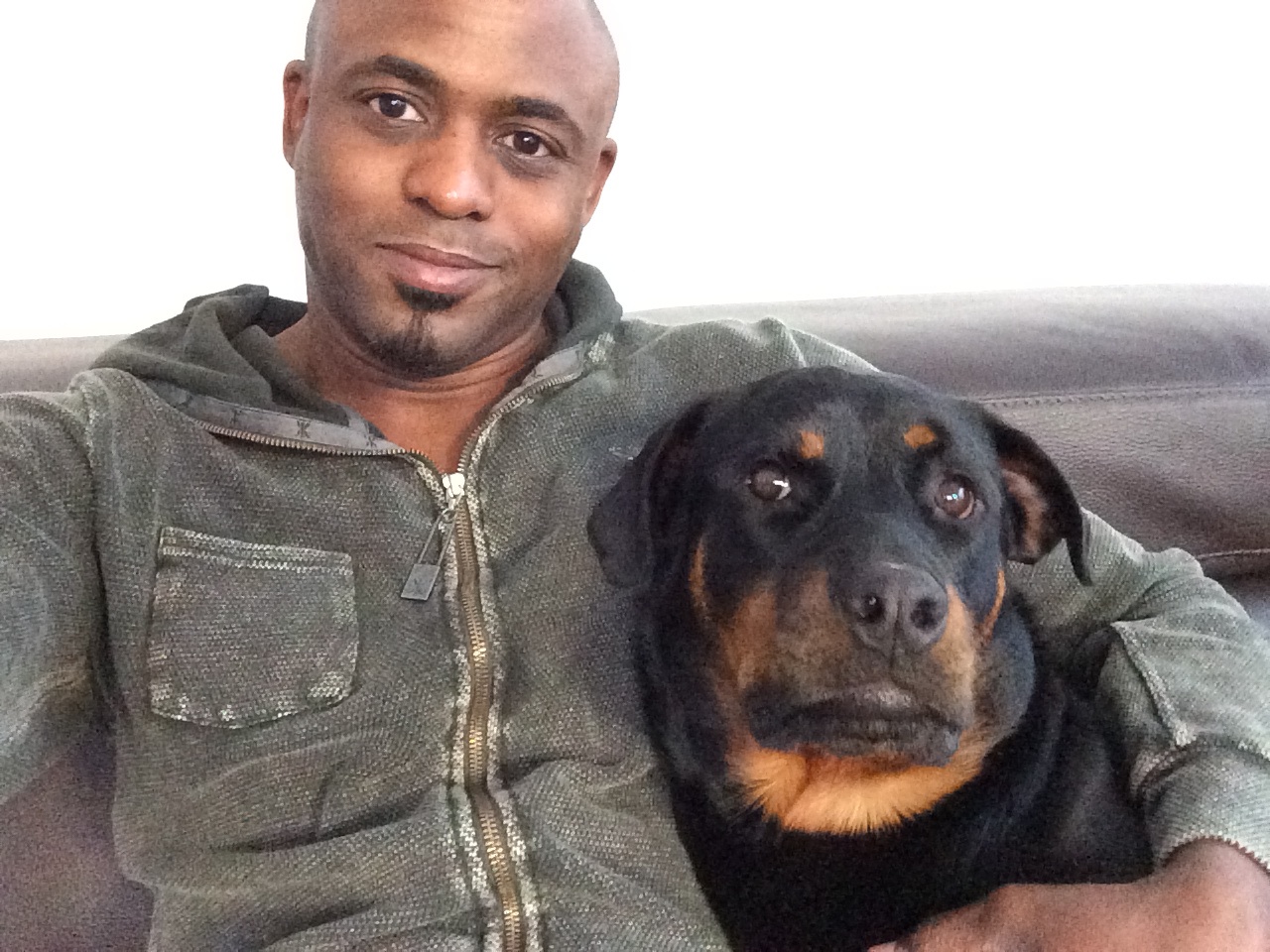 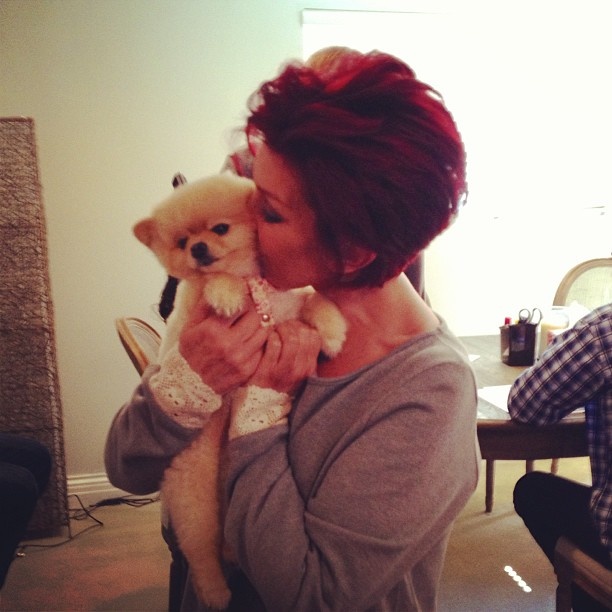 The Talk host Sharon Osbourne with her dog Bella. 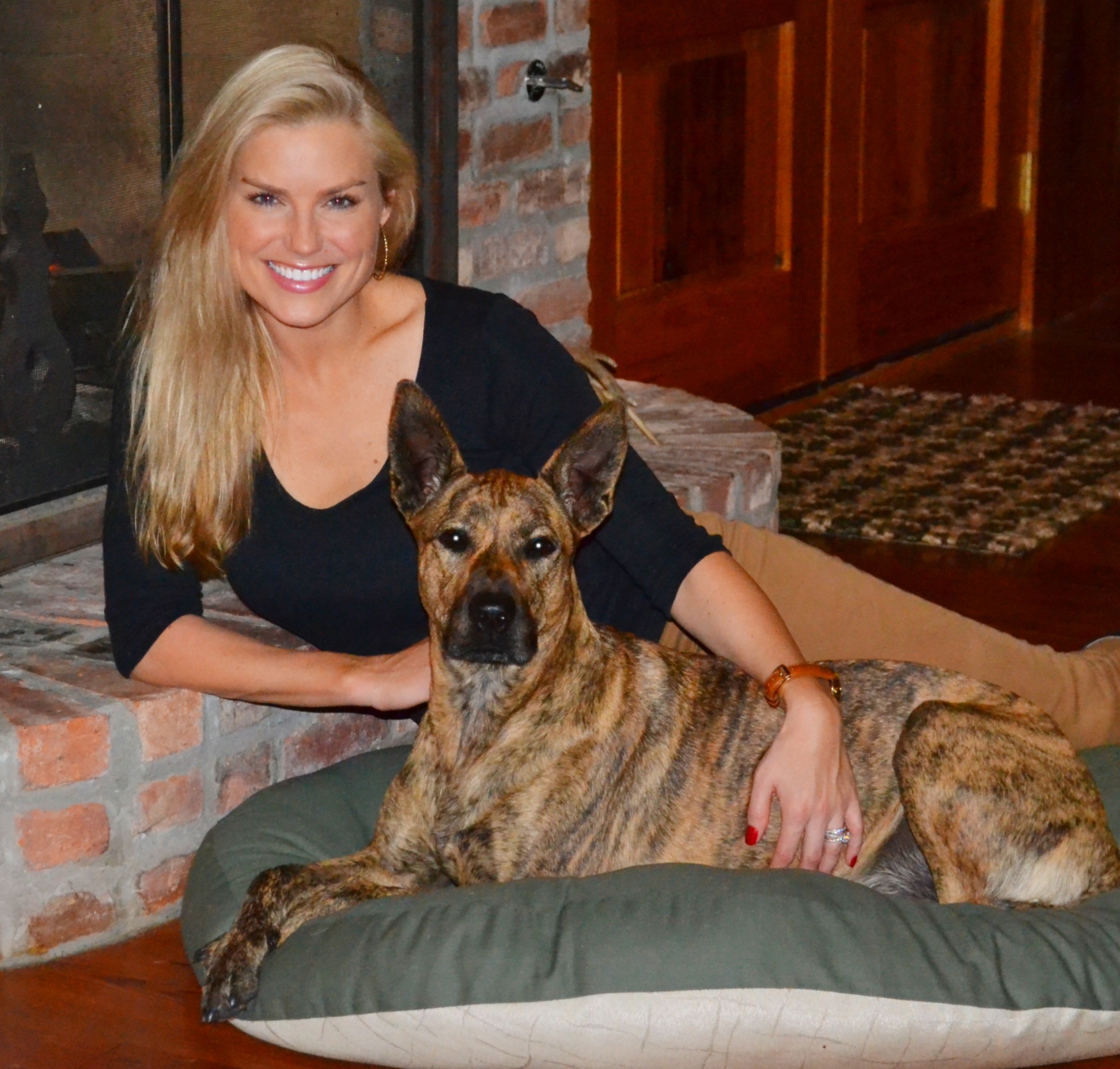 The Price Is Right's Rachel Reynolds

The Price Is Right's Rachel Reynolds with her dog Sophie!