#Waige dish on behind-the-scenes secrets, their notorious lip lock, and more with the ladies of The Talk.

Elyes Gabel and Katharine McPhee, starring as Walter O'Brien and Paige Dineen respectively on Scorpion, stopped by The Talk to dish about the kiss fans have been waiting for, what's in store for #Waige, and more!

In the most recent episode of Scorpion, "Something Burrowed, Something Blew," romance was in the air—and not just for the bride and groom! Walter and Paige's simmering connection finally boiled over in the kiss all #Waige fans have been waiting for.

See the on-screen lovebirds discuss their long-awaited kiss in the video above. 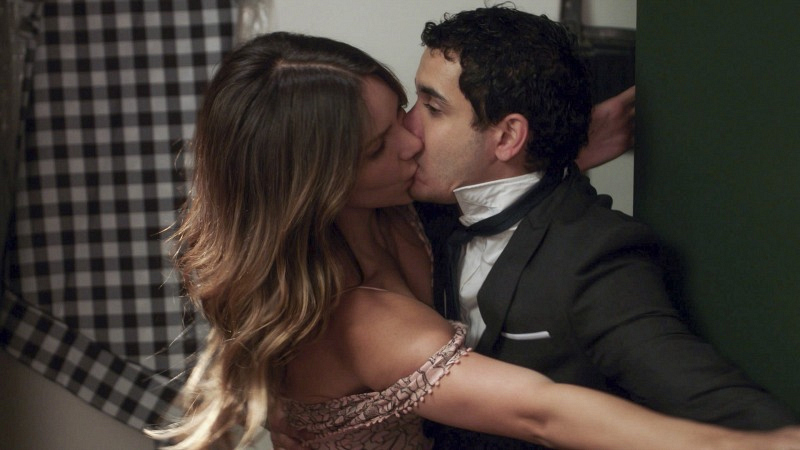 Gabel also dished about a steamy behind-the-scenes moment from the pair's notorious broom closet kiss scene. Find out what the actor had to say during his appearance on The Talk on CBS All Access.

When asked about his own first kiss, which he described as "ceremonious," Gabel shared a hilarious tale involving a prep school, a hill, and a little Dutch courage.

Before bidding the ladies of The Talk farewell, Gabel was treated with a birthday cake! (Happy 35th Elyes!)

Watch Scorpion on Mondays at 10/9c on CBS and CBS All Access.