Stephen Colbert Plans To Get Naked On The Emmys

His revealing interview on The Talk also covered Stephen's embarrassing confessions, his trip to Russia, Trump, and more!
The ladies of The Talk know that as hosts, sometimes you have to bare your soul to the world.

As host of the 69th Primetime Emmy® Awards, Stephen Colbert is also prepared to bare something. He's even negotiating with the network about just how much he can show. During a visit to The Talk on Friday to discuss his plans for the big event, he teased a musical opening number, surprise guests, and confirmed that he's already recorded a segment "buck naked."

Stephen will be hosting the Emmys® live on Sunday, Sept. 17 at 8 PM ET / 5 PM PT on CBS and CBS All Access. A nine-time Emmy winner in his own right, he's been nominated twice more this year for his work on The Late Show.

During the first of Stephen's two interview segments, he also shared a photo from his early days as an actor and an unusual story about how he first met The Talk guest co-host and NCIS: Los Angeles star Chris O'Donnell. (Hint: Stephen remembers. Chris doesn't!) 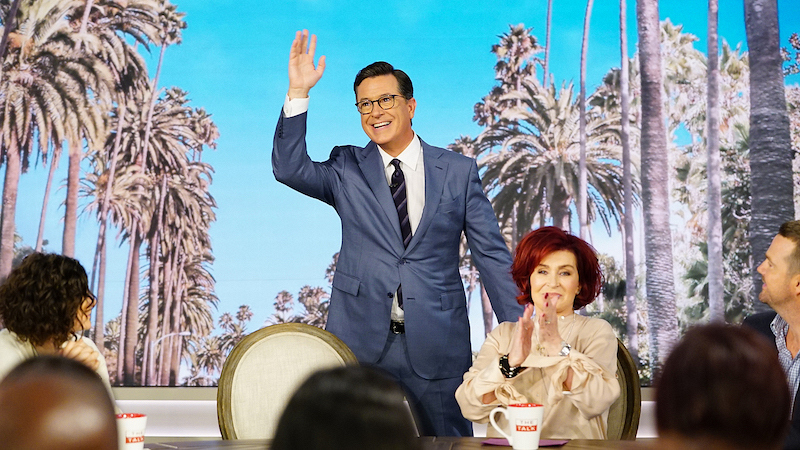 In a wide-ranging second segment, Stephen spoke about his new book, Midnight Confessions, based on the popular segment from The Late Show where he reveals his darkest secrets to the audience. Chris, also raised in a large Catholic family, got Stephen to share an extra wild story about his real first confession—and how it's influenced every confession he's done since.

The conversation later turned to The Late Show's Russia Week, when Stephen visited Moscow and St. Petersburg. It seems he had a lovely conversation with a government official who had been following him around.

WATCH: Stephen Colbert On The Talk 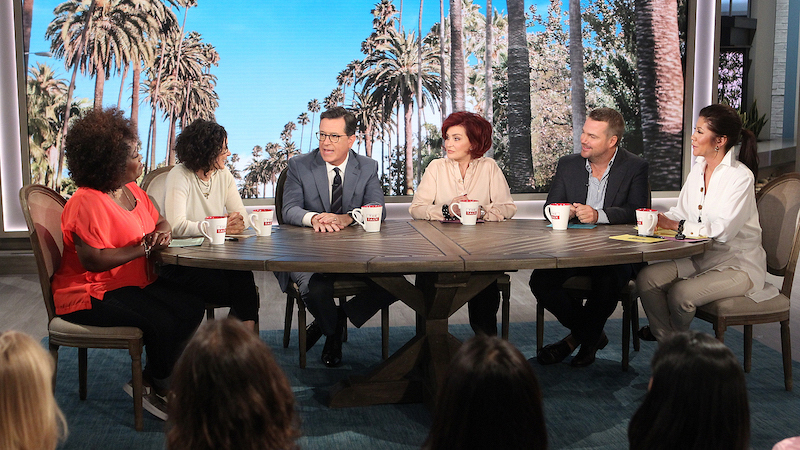 Watch The Talk Weekdays at 2pm ET 1pm PT/CT on CBS and CBS All Access.