Plus, see the actress' reaction to landing the role of First Officer Michael Burnham.
The ladies of The Talk went all out for their interview with Star Trek: Discovery lead Sonequa Martin-Green, who plays First Officer Michael Burnham on the upcoming CBS All Access original series, by dressing up in full Starfleet (and Next Generation Klingon) uniforms and welcoming their guest to sit in a real captain's chair.

Of course, one of the great legacies of Star Trek is its continued focus on diversity and unity. Where the original Star Trek TV show featured the first interracial kiss, Star Trek: Discovery boasts the first woman of color to lead a Trek show, as well as the first Asian female captain (Captain Philippa Georgiou, played by Michelle Yeoh), and the first openly gay officers (Wilson Cruz as Dr. Hugh Culber and Lieutenant Paul Stamets, played by Anthony Rapp). 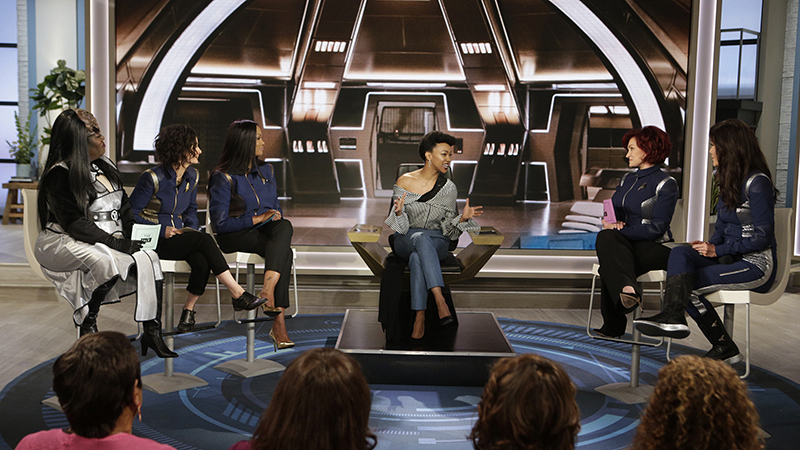 Speaking to the franchise's core message and the new show capturing that same spirit, Sonequa began to well up as she delivered a powerful speech to The Talk crowd.

"I feel like where we are right now, with so much division and separatism and superiority and inferiority, I just think that it is for a time like this, right now," she said. "I think it means a lot to be able to see a picture of that utopian future, where we can be together and it doesn't matter what we look like and really respect each other and embrace each other. I think to be able to see that means everything." 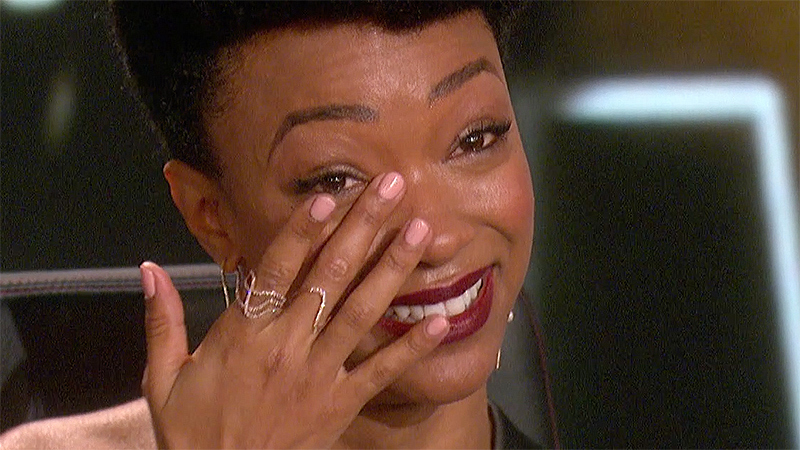 Check out the clip to see Sonequa's amazing statement in full.

On a lighter note, the actress also revealed that her husband videotaped her reaction to landing the role of Michael Burnham, which she shared with the audience. 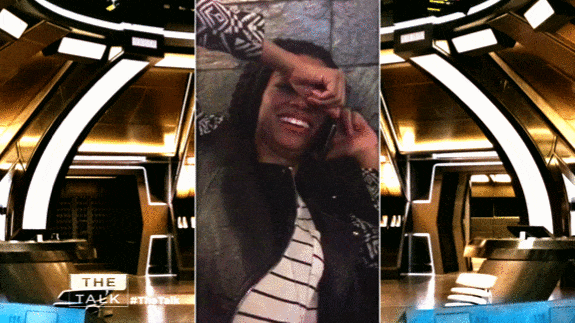 "That was a whirlwind of a moment," she explained after the fact. "We were in Buenos Aires at the time ... I had already finished up on The Walking Dead. That was done; it was in the can, and then Star Trek came. So, it was very divine: one door closed, and another opened."

Star Trek: Discovery premieres in the U.S. on CBS All Access Sunday, Sept. 24, following a broadcast premiere on the CBS Television Network.