The seven-time Emmy winner will reunite with her former co-star in a hilarious upcoming episode of Mom.

What's going to make an all-new episode of Mom extra-extraordinary?

Sitting down with The Talk hosts, the seven-time Emmy winner, who recently took home a Golden Globe for role as LaVona Golden in I Tonya, went into further detail about Kristin's upcoming guest spot on Mom. (Watch in the above clip!)

STREAM: Allison Janney Visiting The Talk On CBS All Access

Before she spilled the details though, Allison had the hosts take a guess as to who the Mom guest star would be.

The crowd caught on that that could only mean one person: Kristin Chenoweth!

Kristin, who Allison worked with on Seasons 6 and 7 of The West Wing, will star as Miranda in "a great episode where she plays a life coach... it's really funny." 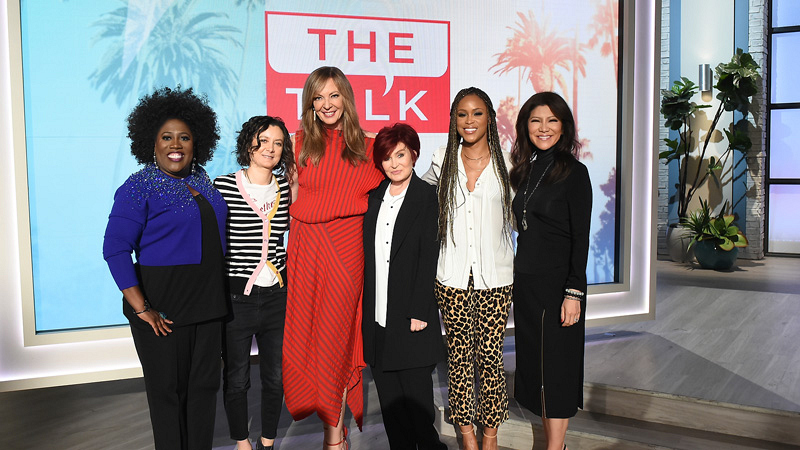 That's not the only upcoming Mom episode that'll have fans laughing out loud.

Another knee-slapper will be an episode featuring Bonnie and Adam (William Fichtner) attempting to plan their wedding.

"Adam wants a lovely, romantic, small affair, and... [Bonnie's] like, let's sell as much as we can off this," Allison joked about the episode, which airs on Thursday, Jan. 18 at 9/8c on CBS and CBS All Access.

Allison went on to say how much she adores "Bill" as a person. "He is so delicious!" 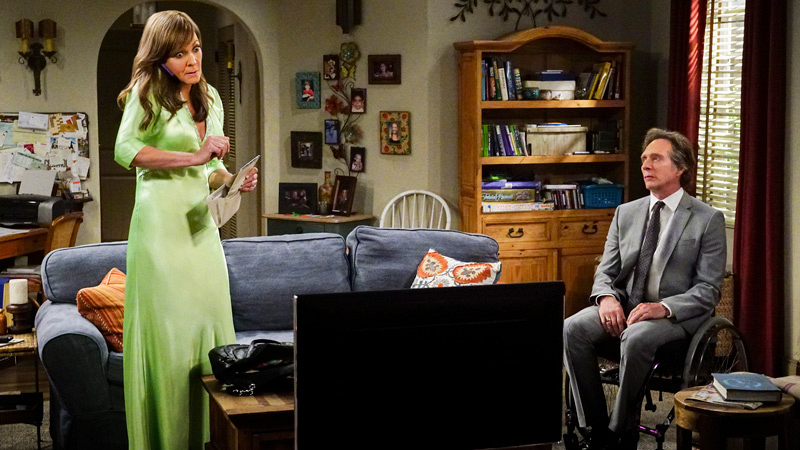 Can't argue with that!