During a visit to The Talk, the pair bonded over their work together on the new CBS comedy Living Biblically.

Sara Gilbert might be playing one of the most... oh, shall we say, quirky, characters on TV when she appears as Cheryl in Living Biblically, which premieres on Monday, Feb. 26 at 9:30/8:30c on CBS and CBS All Access.

In particular, she knows just how to get under the skin of her boss, Ms. Meadows, played by Camryn Manheim.

But in spite of what happens on screen in the new CBS comedy, Camryn visited her fellow actor and The Talk Host for Monday's show, and she made it clear that Sara is loved on every set she visits—especially after the cameras stop rolling!

Camryn was joined on The Talk by her son, Milo, who also happens to be a talented young actor. 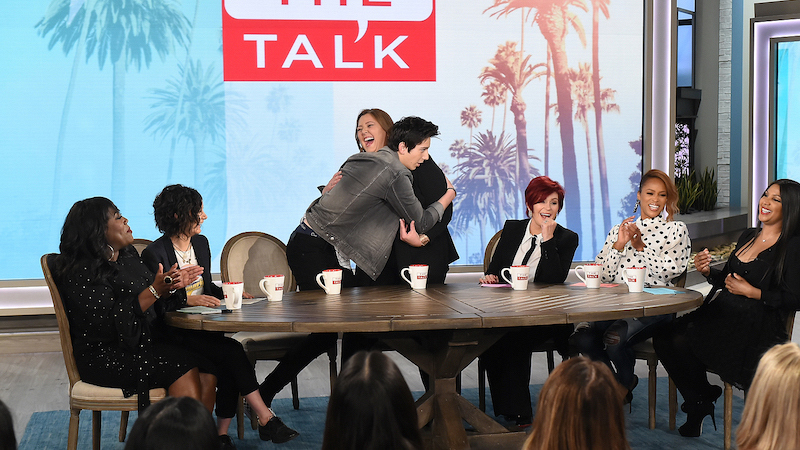 Living Biblically follows Chip Curry (Jay R. Ferguson), a modern-day man at a crossroads in his life who decides to live strictly in accordance with the Bible. Manheim's character is also Chip's boss, and Sara's character finds different ways to antagonize each.

You can enjoy the rest of Camryn's appearance by streaming Monday's full episode of The Talk, ​including special guest co-host Toni Braxton, a look back at the 60th Annual GRAMMY Awards® (also available to stream on CBS All Access), a salute to some wonderful teachers, and more!