Plus, the star chats about celebrating the 100th episode of Mom.

On Mom, Allison Janney and Anna Faris portray the hilarious and lovable mother-daughter duo, Bonnie and Christy Plunkett. But it's nice to know that the two actresses hang out quite a bit offscreen as well!

Stopping by The Talk to discuss Mom's upcoming 100th episode (titled "Push-Down Coffee and a Working Turn Signal" and airing Thursday, Feb. 1 at 9/8c on CBS and CBS All Access), Anna was quick to gush about her Oscar-nominated co-star and tell stories about hanging out at Allison's house.

STREAM: Allison Janney Visiting The Talk On CBS All Access 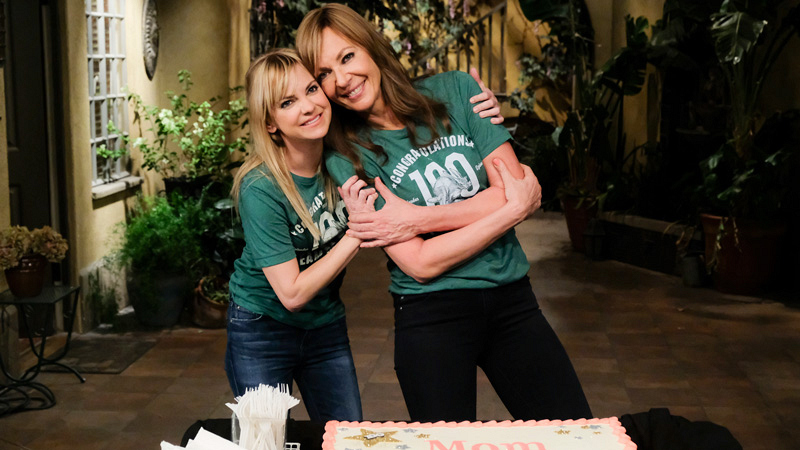 But first thing's first: Sheryl wanted to know, what did Anna do to celebrate the 100th episode of Mom?

"We had a big party Saturday night in Hollywood," Anna said, as photos of the event—including one of Allison feeding Anna cake—flashed on the screen. "It was the first time I've been out in three years." 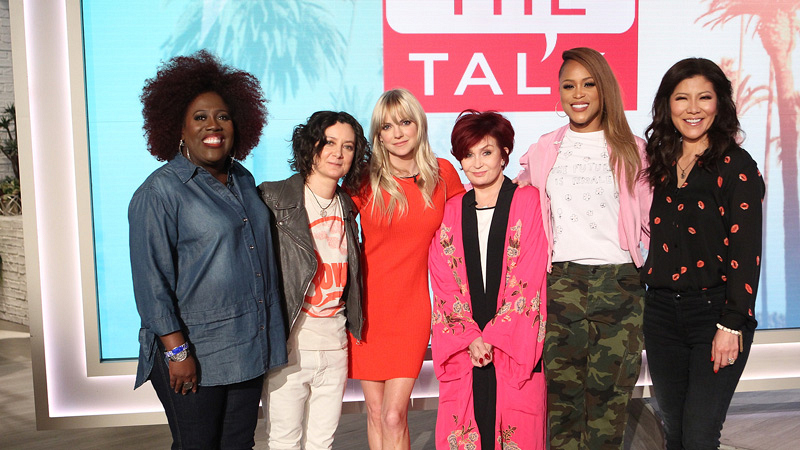 From there, the Mom star dished the details about what it's like to hang out at Allison's abode, which, according to Anna, contains a packed awards closet!

"When I go over to her home—because I love to annoy [Allison]—she has this closet that's filled with awards," said Anna, before joking: "So in the past, I've gone over there and I’ve pretended to accept an award."

Will Allison snag an Oscar this year for her transformative role in I, Tonya?

Either way, we know Anna will be there to cheer her friend on.