The Good Fight star Christine Baranski is called #QueenBaranski on social media for a reason! Even co-star Audra McDonald, who joined the CBS All Access Original Series cast at the start of Season 2, can attest to this fact.

Stopping by The Talk, the six-time Tony Award-winning actress sang her co-star's praises, saying, "Working with Christine Baranski, she's such a legend... She's the nicest woman on the planet, and I sometimes find that the most talented and the most successful people turn out to be the nicest."

"She knows everyone's name on the set, she's gracious to everybody, she understands that it takes a village to make anything work," Audra continued. "And so there's no attitude with her, there's no diva anything. She's in it as a team player." 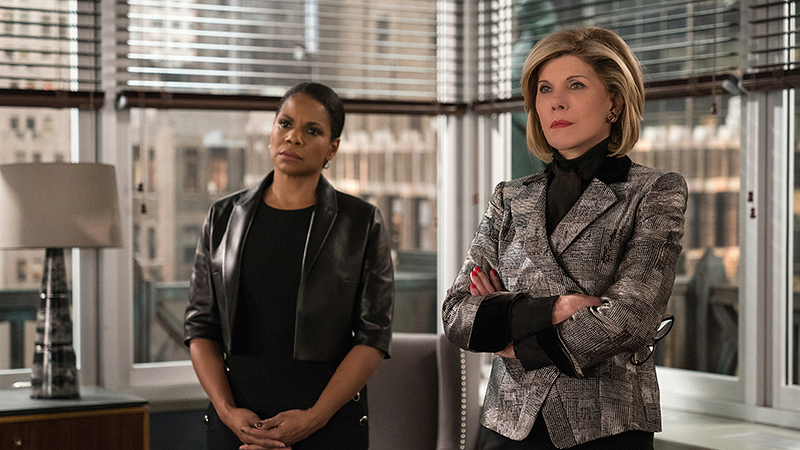 Audra also had nothing but positive things to say about The Good Fight itself, which wraps up its second season on Sunday, May 27, exclusively on CBS All Access.

"Talk about hot-button topics—we run right up to them," she told hosts Julie, Eve, Sharon, Sara, and Sheryl. "We're not afraid to discuss any issue, whether it be Black Lives Matter or the #MeToo movement, or what's going on in our administration these days. This show is being helmed by a woman who's older, who has a sex life, who's powerful, showing that you can have it all at any age."

STREAM: All-New Episodes Of The Talk On CBS All Access

Watch the Season 2 Finale of The Good Fight on Sunday, May 27, exclusively on CBS All Access.