​Kevin Hart Cracks Up The Hosts Of The Talk Discussing TKO

Global superstar and the Host/Executive Producer of CBS' new competition show TKO: Total Knock Out, Kevin Hart, joined the Hosts of The Talk earlier today to discuss his latest endeavor—and why it just wouldn't be fair for him to take on the course himself.

STREAM: Full Episodes Of The Talk On CBS All Access

Sitting down at the table wearing a colorful collared shirt he called his "fun" shirt, Kevin talked about what attracted him to taking part in TKO. 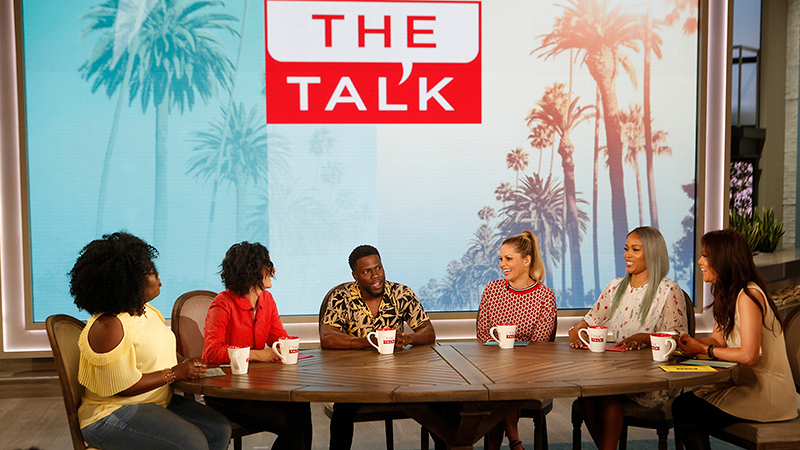 "The thing that really drove me towards the idea was they really wanted to create something for the individual who may or may not consider themselves to be the ultimate athlete," said Kevin.

"That way you're incorporating the motivational factor, the inspiring factor within Kevin Hart, and also leveraging me to be funny in between. So I stepped up to the plate; it's an amazing team, [and] of course an amazing network."

Explaining to the Hosts how the competition works, he revealed, "It incorporates an obstacle course with dodgeball. There are five competitors, one runs the obstacle course while the other four man Battle Stations. And I do what I do best—entertain, keep the audience involved, and create a bunch of fun."

STREAM: All The Action Of TKO On CBS All Access 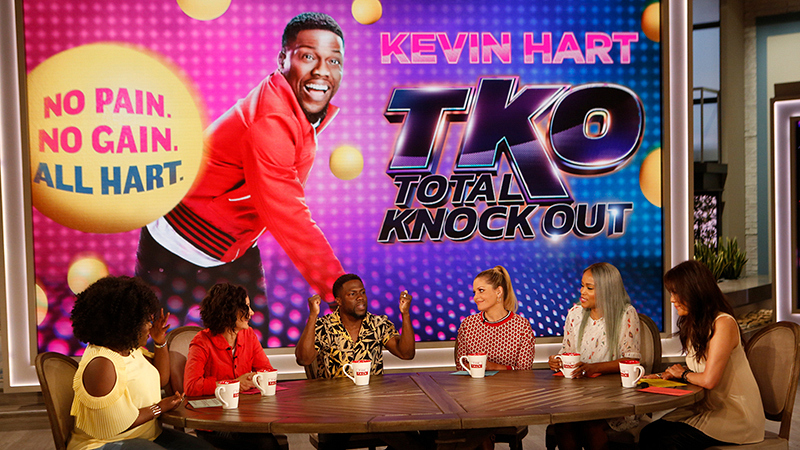 When asked how strong of a contestant he'd be running the course, Kevin couldn't help but make the Hosts crack up. "[TKO] is about inspiring and motivating those who may not see themselves in this world. If I did it, it's the complete opposite, because I'm such an athletic specimen," he joked. "If I do it, then other people are gonna go, I can't do it like Kevin! I would do it in like eight seconds."

Don't miss the series premiere of TKO: Total Knock Out on Wednesday, July 11 at 9/8c on CBS and CBS All Access.