Patrick Stewart and Alison Pill—stars of Star Trek: Picard streaming Thursdays on CBS All Access—answer some hilarious game questions.
Romulans, Klingons, and the Borg: a fearsome trio to meet in battle, and a difficult group of alien species for Sir Patrick Stewart to choose among for a game of "Shag, Marry, Kill."

So, in a truly diplomatic and Picard-like response, he got clever.

WATCH: Patrick Stewart And Alison Pill On The Talk 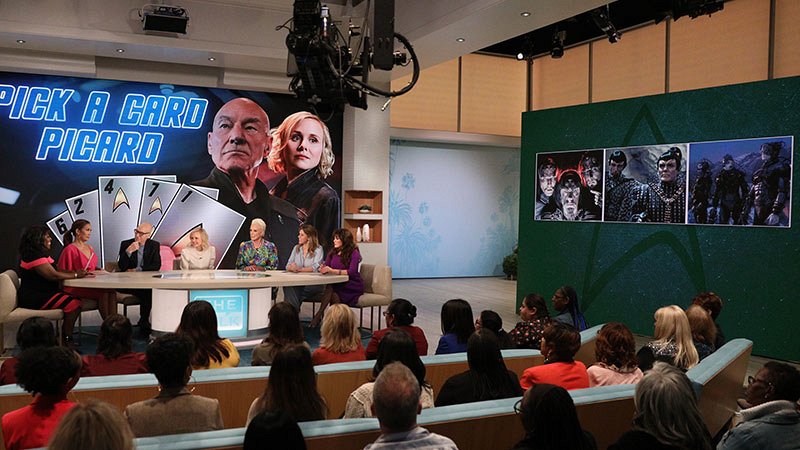 WATCH: Catch Up On Episodes Of The Talk On CBS All Access

On the Mar. 9 episode of The Talk, the Star Trek: Picard star participated in a round of the mischievous game while answering questions for "Pick a Card, Picard" with co-star Alison Pill, who plays Dr. Agnes Jurati. After selecting card no. 5, Stewart kept the peace with his response.

"Given the nature of our show, international, inter-galactic relationships, have changed," he said. "And so I would have to stand alongside each one of these races, and embrace them."

"Oh, so you'd shag them all?" host Sheryl Underwood joked, cracking up the audience, as well as Pill and the other hosts. 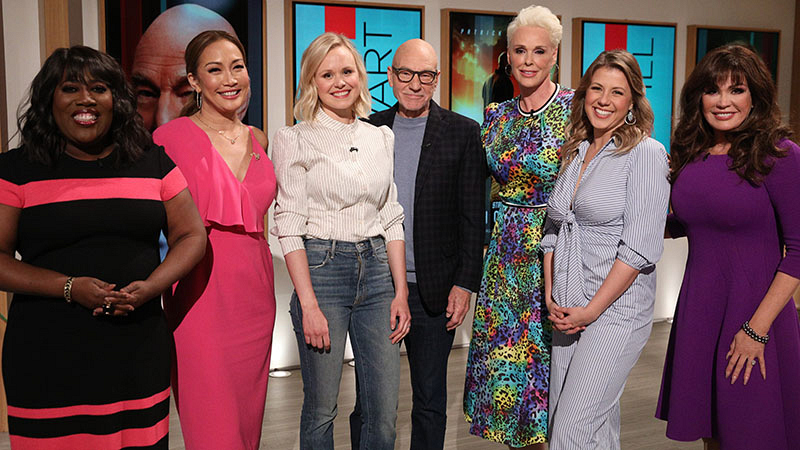 Stewart also admitted that, despite instructing his fellow bridge crew members to "engage" for decades, he doesn't actually know what warp speed is.

"I was once asked what warp speed was," he explained, "and I said, 'Well, you can't do it on the freeway.'"

Stewart gave a shout-out to his friend Sir Ian McKellan, who advised him against signing on to Star Trek: The Next Generation, and Sheryl asked if he had anything he'd like to convey to McKellan now on the subject.

"Sir Ian, you know how much I love you and admire you. And I do. I know that you have somewhat guilty feelings about the advice you gave me in 1987. Please, Ian, let it go." 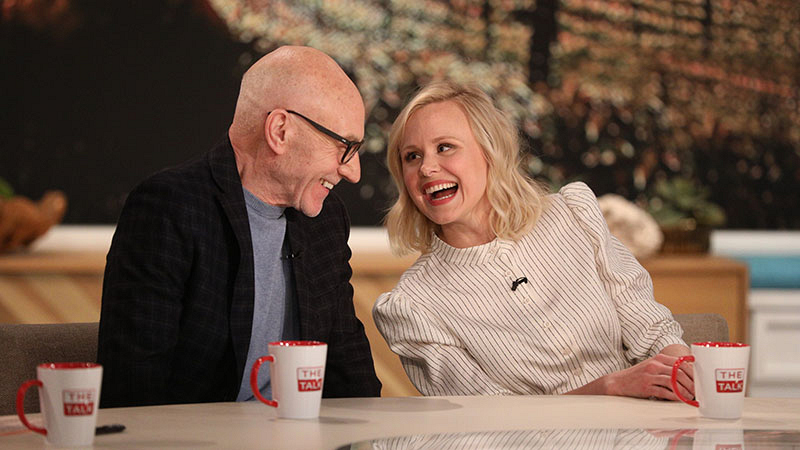 It seems Picard and Jurati's friendship on Star Trek: Picard extends into real-life, too. During "Pick a Card, Picard," Pill was asked what item she'd bring if she had to go into space for two years. Her adorable response?

Watch all-new episodes of Star Trek: Picard on Thursdays, exclusively in the U.S. on CBS All Access.

And tune in for new episodes of The Talk Weekdays on CBS and CBS All Access.