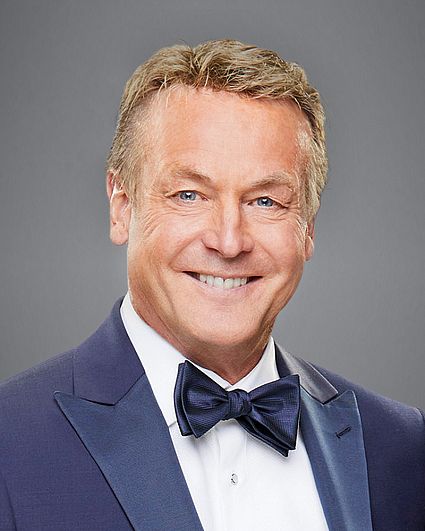 Paul Williams
Doug Davidson
Biography
Doug Davidson joined the cast of The Young and the Restless as Paul Williams in May 1978 and is the show’s longest running current cast member. Paul is the chief of police in Genoa City and married to his longtime love, Christine Blair Williams (Lauralee Bell).

For six years, from 1998-2003, Davidson hosted the Tournament of Roses Parade for CBS. He was also the host of the nighttime version of the game show The Price is Right. He co-starred in the Judith Krantz mini-series I'll Take Manhattan and The Initiation of Sarah, and appeared as a guest star in the CBS series Diagnosis Murder. Davidson was the master of ceremonies for the Miss California Pageant and hosted the Kenny Rogers Cerebral Palsy Telethon.

He co-starred with Paul Reiser in the feature film Mr. Write, and had supporting roles in the films Don't Stop Now and Fraternity Row.

Aside from hobbies that include traveling, running, tennis, sailing and playing the bagpipes, Davidson enjoys contributing much of his time to various charities, including the YMCA.

He and his wife Cindy have two children, Calyssa and Caden who reside in London and New York City respectively.