Even after 45 years, things are only just heating up on Y&R.
Starting on Monday, Mar. 26, The Young and the Restless—television's most-watched daytime drama for the past 29 years—is treating viewers to a week of epic episodes full of high-stakes drama, romance, and compelling character returns.

From Mar. 26–30, viewers can expect a number of buzzworthy developments in service to the milestone 45th anniversary of Y&R's debut back on Mar. 26, 1973.

Some of these big happenings include:

- The return of several familiar faces shakes things up in Genoa City. 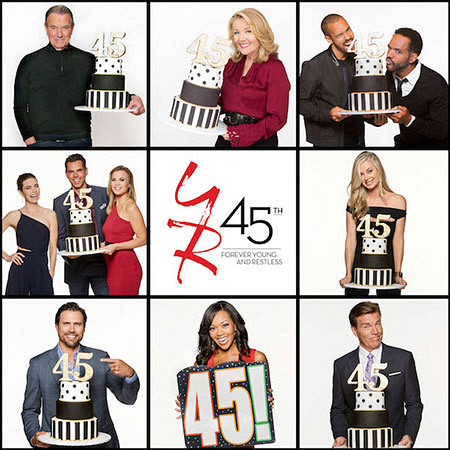 "The Young and the Restless will celebrate its 45th anniversary by proudly looking back at the rich history of the show while propelling our characters into exciting new stories," said Executive Producer and head writer Mal Young. "Viewers will be treated to a week-long, can't-miss-a-minute celebration as storylines take unexpected turns and we welcome faces from the past."