Check Out The 2015 Tony Award Nominees 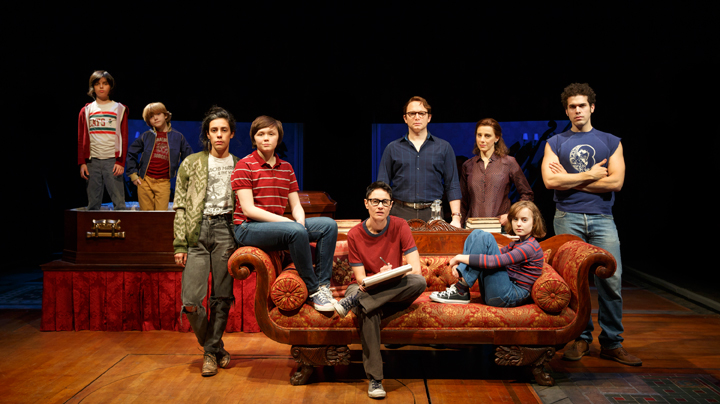 About The Show: While rummaging through a box of her father’s stuff, the memories of Alison’s uniquely dysfunctional family—her mother, brothers, and her volatile, brilliant, enigmatic father—connect with her in surprising, powerful and revealing new ways. Based on Alison Bechdel’s best-selling graphic memoir with music by four-time past Tony® Award-nominee Jeanine Tesori and book and lyrics by past Tony-nominee Lisa Kron, Fun Home is a refreshingly honest coming-of-age story about seeing your parents through grown-up eyes. 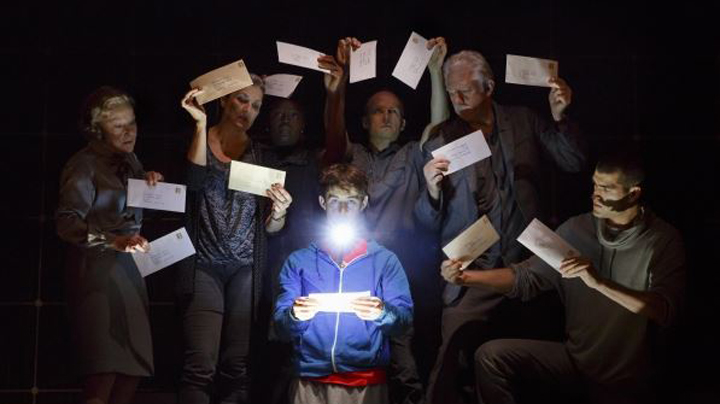 The Curious Incident Of The Dog In The Night-Time

About The Show: Direct from London, Mark Haddon's international best-selling novel comes to thrilling life in an adaptation by Simon Stephens. Christopher, 15 years old, has an extraordinary brain— he's exceptional at math while ill-equipped to interpret everyday life. When he falls under suspicion of killing Mrs. Shears' dog, Wellington, he records each fact about the event in the book he is writing to solve the mystery of the murder. But his detective work, forbidden by his father, takes him on a frightening journey that upturns his world. 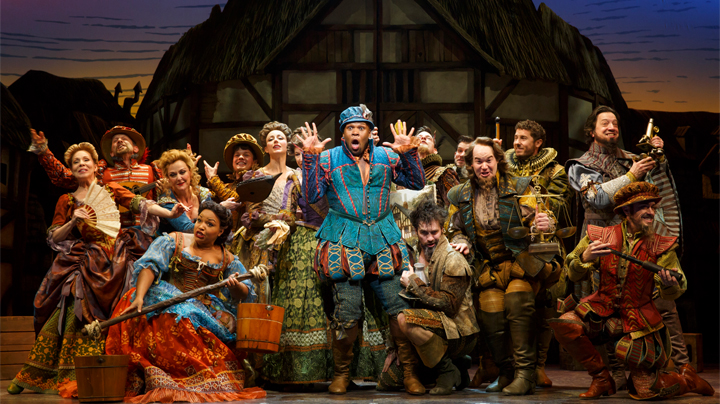 About The Show: Welcome to the ‘90s—the 1590s, which was long before the dawn of premium tickets, star casting and reminders to turn off your cell phones. Brothers Nick and Nigel Bottom are desperate to write a hit play but are stuck in the shadow of that Renaissance rockstar known as “The Bard.” When a local soothsayer foretells that the future of theatre involves singing, dancing and acting at the same time, Nick and Nigel set out to write the world’s very first musical! But amidst the scandalous excitement of Opening Night, the Bottom Brothers realize that reaching the top means being true to thine own self... and all that jazz. 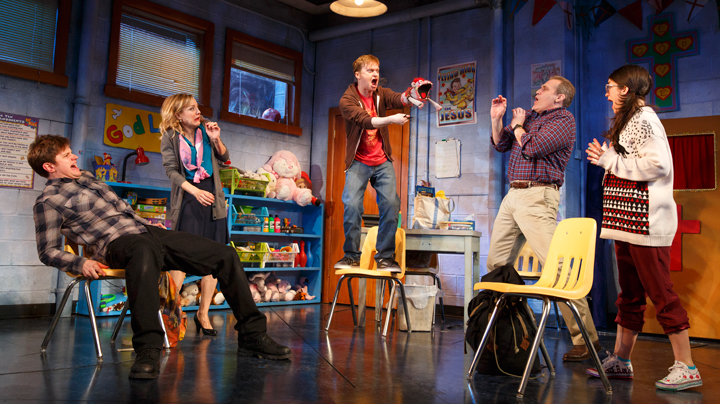 About The Show: Robert Askins’s play centers on a shy, inquisitive student named Jason, who finds an outlet for his burgeoning creativity at the Christian Puppet Ministry, which resides in the devoutly religious, relatively quiet small town of Cypress, Texas. Jason’s complicated relationships with the town pastor, the school bully, the girl next door and—most especially—his mother are thrown into further upheaval when Jason’s hand puppet Tyrone, once soft-spoken, takes on a shocking and dangerously irreverent personality all its own. As Tyrone’s influence over Jason steadily grows, Hand To God explores the startlingly fragile nature of faith, morality, and the ties that bind us. 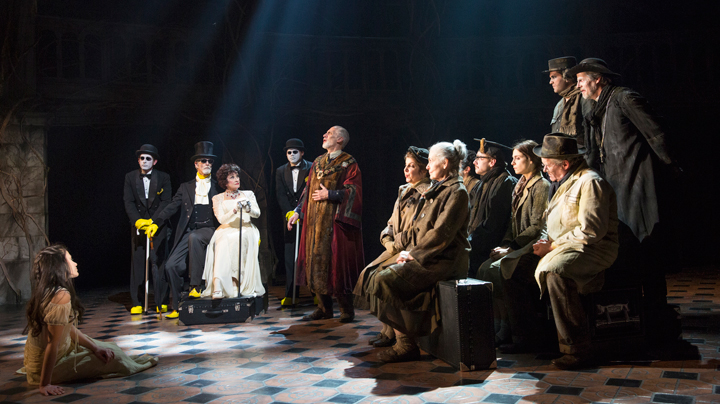 About The Show: The oft-widowed Claire Zachanassian (Chita Rivera), richest woman in the world, returns to the hardship-stricken town of her birth. The locals pray that her wealth will bring them a new lease on life, but her arrival carries a dreadful price. Roger Rees co-stars as Anton Schell, the man who scorned Claire years ago. Sardonic and morally complex, The Visit asks, “What can your heart afford?” 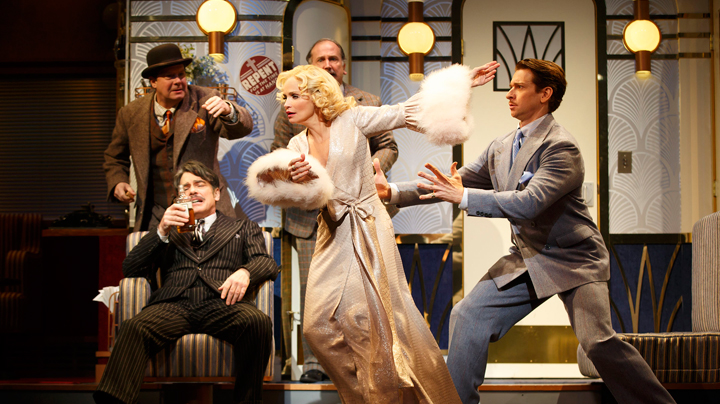 On The 20th Century

About The Show: It’s nonstop laughs aboard a luxury train travelling from Chicago to New York City when bankrupt theatre producer Oscar Jaffee (Peter Gallagher) embarks on a madcap mission to cajole glamorous Hollywood starlet Lily Garland (Kristin Chenoweth) into playing the lead in his new, non-existent epic drama. But is the train ride long enough to reignite the spark between these former lovers, create a play from scratch, and find the money to get it all the way to Broadway? 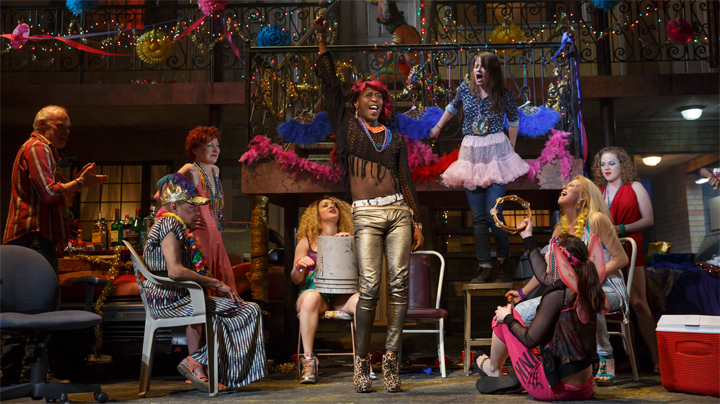 About The Show: In the parking lot of The Hummingbird, a once-glamorous motel on New Orleans’ infamous Airline Highway, a rag-tag collection of strippers, hustlers and philosophers have come together to celebrate the life of Miss Ruby, an iconic burlesque performer who has requested a funeral before she dies. The party rages through the night as old friends resurface to pay their respects. Nominations: Best Featured Actor in a Play - K. Todd Freeman Best Featured Actress in a Play - Julie White Best Costume Design of a Play - David Zinn Best Lighting Design of a Play - Japhy Weideman 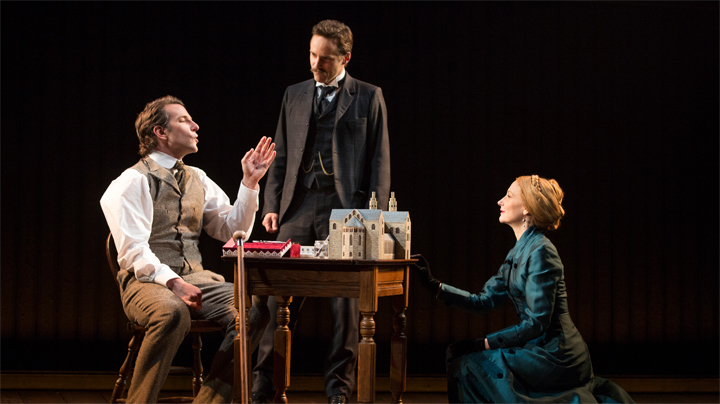 About The Show: Bernard Pomerance’s play tells the story of a 19th-century British man (Bradley Cooper) whose severe disfigurement made him a star of the traveling freak-show circuit. When the renowned Dr. Treves (Alessandro Nivola) takes Joseph Merrick under his care at the London Hospital, he discovers that beneath this shocking exterior lies a brilliant mind and an unshakable faith. Soon, all of Victorian high society becomes fascinated by Merrick, especially the beautiful actress Mrs. Kendal (Patricia Clarkson). But with his new life comes new complexity and as Merrick's condition grows more severe, a "normal" life begins to seem all but impossible. 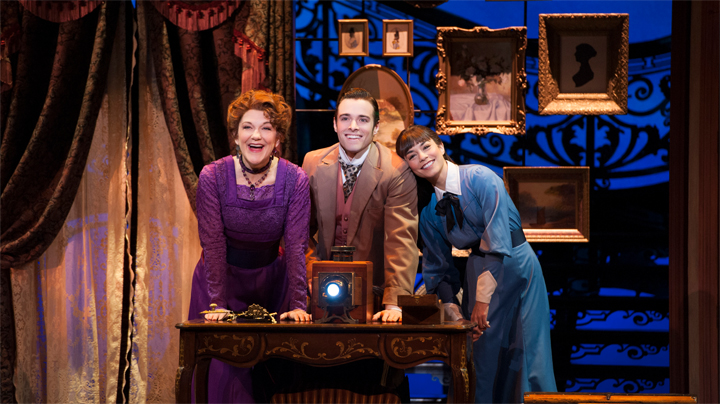 About The Show: Set in the magical world of La Belle Epoque, Paris, where fashion, glamour, and passion prevail, Lerner and Loewe’s celebrated musical is a romantic comedy about one young woman’s journey to find her true self... and her true love. The score features songs such as “Thank Heaven For Little Girls,” “I Remember It Well” and “The Night They Invented Champagne.” Vanessa Hudgens stars in the title role. 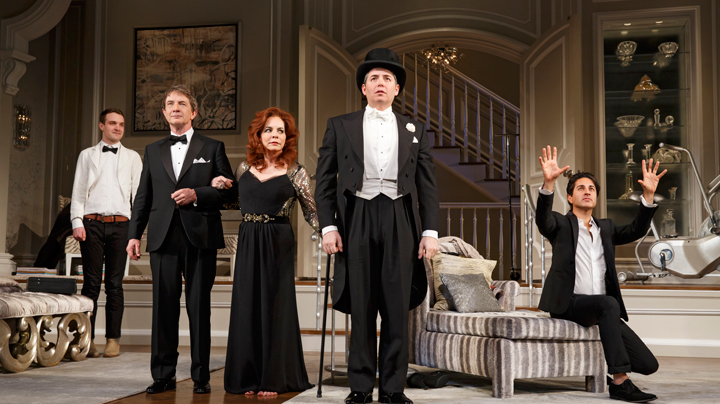 It's Only A Play

About The Show: It’s opening night of Peter Austin’s (Matthew Broderick) new play and he anxiously awaits to see if his show is a hit. With his career on the line, he shares his big First Night with his “best” friend, a television star (Nathan Lane); his novice producer (Megan Mullally); his doped-up diva (Stockard Channing); his genius director (Rupert Grint); a lethal drama critic (F. Murray Abraham); and a fresh-off-the-bus coat check attendant (Micah Stock) on his first night in Manhattan. It’s alternately raucous, ridiculous and tender—reminding audiences why there’s no business like show business. Thank God!