Now you can stream the club competition matches live or on demand with all major devices and platforms.
Europe's premier club soccer tournament is right in the thick of its thrilling knockout rounds—and, after an interruption for COVID-19, is ready to return! Even though UEFA Champions League may not allow spectators in the stadium for the rest of 2020, each match will come to you through CBS All Access.

The subscription service will deliver all remaining 2019-2020 UEFA Champions League matches, including the final for the European Cup. CBS All Access is also the new home to UEFA Europa League, and is slated to continue streaming over 300 matches per season of the club competitions through 2024.

*LOOKING FOR A UEFA CHAMPIONS LEAGUE MATCH THAT'S ON LIVE RIGHT NOW?*
Subscribers can go directly to the UEFA Champions League page on CBS All Access and enjoy! 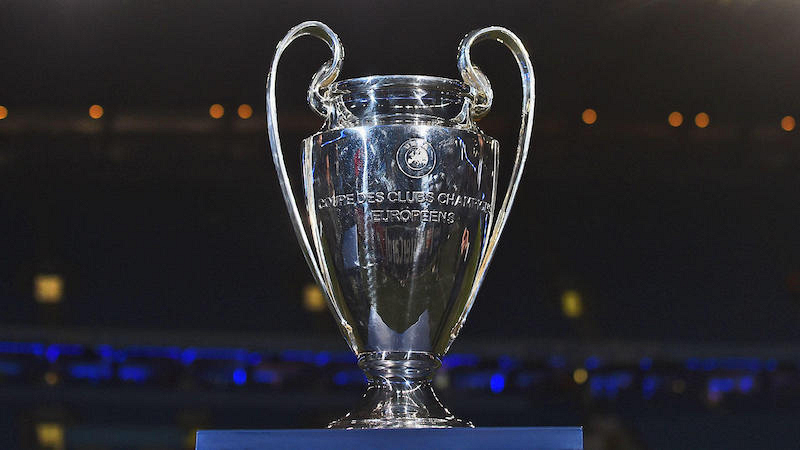 Who's still playing in the UEFA Champions League when it restarts on CBS All Access?
Only some of the best clubs on the planet! The Round of 16 will conclude with Juventus (ITA) vs. Lyon (FRA), Manchester City (ENG) vs. Real Madrid (ESP), FC Bayern Munich (GER) vs. Chelsea (ENG), and FC Barcelona (ESP) vs. Napoli (ITA). Already through to the quarterfinals are Atalanta (ITA) vs. Paris Saint-Germain (FRA) and RB Leipzig (GER) vs. Atletico Madrid (ESP).

Of course, that also means the best players on the planet! Get ready to marvel at icons like Lionel Messi, Cristiano Ronaldo, Sergio Ramos, Robert Lewandowski, Neymar, Kylian Mbappe, Raheem Sterling, Kevin De Bruyne, and Luis Suarez. America will be represented by talents like Tyler Adams and can share in regional pride with Canada's Alphonso Davies and Mexico's Chucky Lozano.

And if you appreciate tactics, the finest will be on display with managers like Zinedine Zidane, Pep Guardiola, and Diego Simeone.

How will UEFA Champions League resume and where will matches be played?
Traditionally, each team would face the same opponent twice (home and away) in the knockout rounds, known as a two-legged tie.

The COVID pandemic interrupted the 2019-2020 season during the Round of 16, which will be finished in a relatively normal format, though a bit delayed. In fact, four teams were already through after completing their two-legged ties. The other four ties had only finished one match, and in the restart they will conclude with the second leg at the normal home stadium.

Unique due to this year's circumstances, the quarterfinals and semifinals will be played as a straight knockout tournament (single-legged fixtures) using neutral sites in Lisbon, Portugal, instead of two-legged ties. As usual, the final will be a single match. This year, it will be played at Lisbon's Estádio da Luz, where it was originally slated.

All contests will be played behind closed doors (meaning no spectators), so CBS All Access is your ticket for the best seat—wherever you might be! 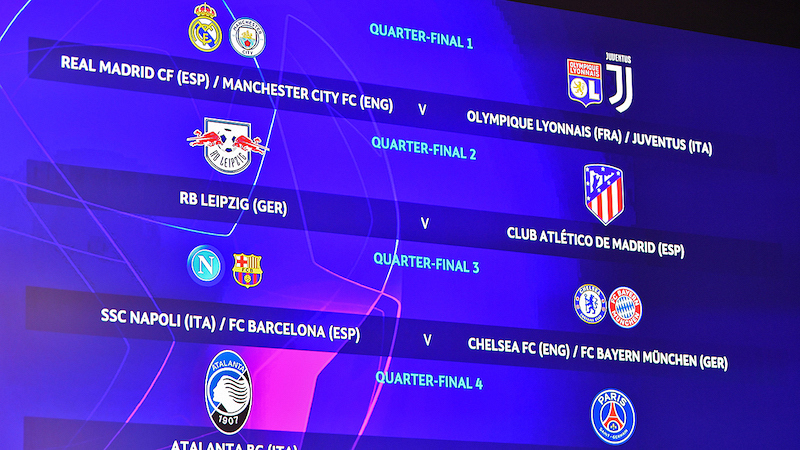 You can tune in to the livestream 15 minutes early for pre-match coverage, and stay tuned afterward for a post-match report.

How can I watch UEFA Champions League on CBS All Access and which device platforms does it stream on?
It's easy! Just sign up for CBS All Access, which is currently available online at CBS.com, on mobile devices via the CBS app for iOS and Android, and on Roku Players, Apple TV, Chromecast, Android TV, Xbox One, PlayStation 4, Fire TV, Samsung Smart TVs, Comcast Flex, Facebook Portal, Vizio Smartcast TVs, LG Smart TVs, Amazon Prime Video Channels, and Apple TV channels.

Of course, you can stream all current CBS Primetime, Late Night, and Daytime shows. Those current primetime series include NCIS, FBI, The Amazing Race, SEAL Team, All Rise, Young Sheldon, Bob Hearts Abishola, Evil, and The Unicorn, plus upcoming new series like B Positive, The Equalizer, and Clarice. You'll also get every prior season of 14 hit CBS series on demand, including Survivor, NCIS, and Hawaii Five-0

Sign up for CBS All Access and enjoy this wide range of entertainment, including all the UEFA Champions League action!