Now you can stream the club competition matches live or on demand with all major devices and platforms.
If you're a fan of European club soccer, CBS All Access is delivering all the coverage you could want: The Golazo Show with live whip-around views of the best moments from matches in progress, the weekly UEFA Champions League Magazine Show, UEFA Champions League Today live from London before and after matches, the Pre- and Post-Match shows from CBS Sports HQ, and your evening highlights wrap-up from UEFA Champions Club.

Oh, and lets not forget the main event ... a schedule packed with EVERY match from the 2020-21 UEFA Champions League season!

This year, a new format will concentrate the group stage with eight matches each Tuesday and Wednesday, meaning twice the action every week. All of them—through the knockout stages and on to the final—are available for subscribers to stream live or on demand.

CBS All Access is also the new home of the UEFA Europa League, and is slated to continue streaming over 300 matches per season of the club competitions through 2024. 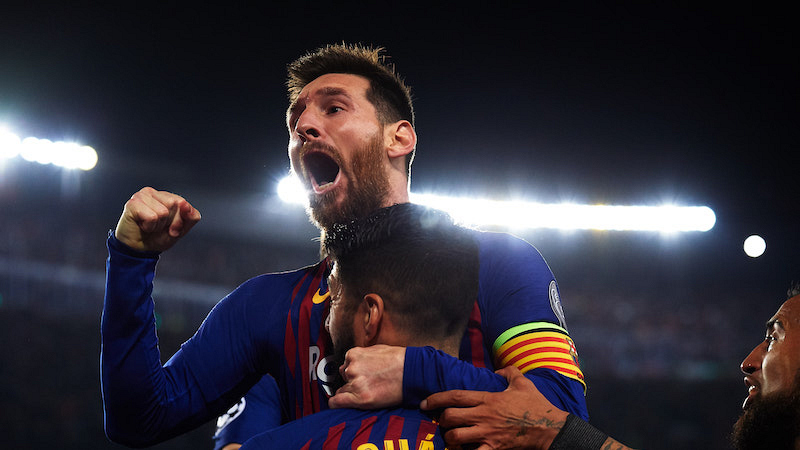 Who's playing in the 2020-2021 UEFA Champions League on CBS All Access?
The finest sides and players on the planet, that's who! With 32 elite clubs, that means plenty of the game's icons will be on the pitch, including Cristiano Ronaldo (Juventus), Lionel Messi (Barcelona), Neymar Jr. (PSG), Kylian Mbappé (PSG), Mohamed Salah (Liverpool), Robert Lewandowski (Bayern Munich), Sergio Ramos (Real Madrid), Paul Pogba (Manchester United), and more.

READ: Everything You Need To Know About The UEFA Champions League

And if you appreciate the tactical side of the game, the best will be on display with managers like Jurgen Klopp (Liverpool), Pep Guardiola (Manchester City), Zinedine Zidane (Real Madrid), Andrea Pirlo (Juventus), Diego Simeone (Atlético Madrid), and Frank Lampard (Chelsea).

What's the UEFA Champions League 2020 match schedule On CBS All Access?
Group play commences Tuesday, Oct. 20, and runs until Wednesday, Dec. 9, with two matches at 12:55pm and six matches at 3:00pm each Matchday. After a draw for the Round of 16 on Monday, Dec. 14, the knockout stages will pick back up on Tuesday, Feb. 16 and run until the final on Saturday, May 29. All matches will stream on CBS All Access.

READ: How To Watch The Golazo Show, The All New UEFA Champions League Whip-Around Program

For a full listing of matchups, dates, and times, check out the full UEFA Champions League schedule. Remember that subscribers who visit the CBS All Access feeds early or stay late will be in for a treat. During group stage, studio coverage starts at 11am ET and runs until 7pm ET. 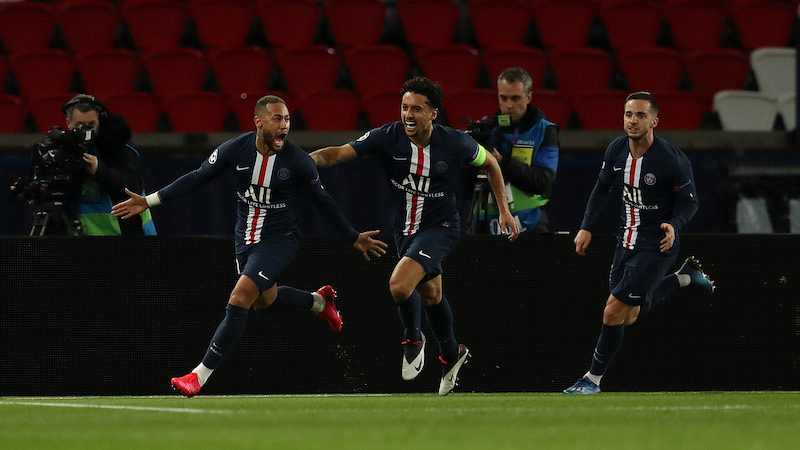 And if you want to catch up on all the day's action at once, make sure to check the UEFA Champions League video page each Tuesday and Wednesday during Group Stage starting at 9pm ET for UEFA Champions Club. Hosted by Jules Breach, the on-demand show offer highlights from all the day's matches with additional analysts including Julien Laurens.

How can I watch UEFA Champions League on CBS All Access and which device platforms does it stream on?
It's easy! Just sign up for CBS All Access, which is currently available online at CBS.com, on mobile devices via the CBS app for iOS and Android, and on Roku Players, Apple TV, Chromecast, Android TV, Xbox One, PlayStation 4, Fire TV, Samsung Smart TVs, Comcast Flex, Facebook Portal, Vizio Smartcast TVs, LG Smart TVs, Amazon Prime Video Channels, and Apple TV channels.

Of course, you can stream all current CBS Primetime, Late Night, and Daytime shows. Those current primetime series include NCIS, FBI, The Amazing Race, SEAL Team, All Rise, Young Sheldon, Bob Hearts Abishola, Evil, and The Unicorn, plus upcoming new series like B Positive, The Equalizer, and Clarice. You'll also get every prior season of 14 hit CBS series on demand, including Survivor, NCIS, and Hawaii Five-0

Sign up for CBS All Access and enjoy this wide range of entertainment, including all the UEFA Champions League action!