Now you can stream the club competition matches live or on demand with all major devices and platforms.
Europe's premier women's club soccer tournament is ready to deliver with its exciting knockout rounds! After a postponement for COVID-19, the UEFA Women's Champions League is resuming and will crown a winner over a ten-day stretch in August, starting with the quarterfinal stage.

Spectators won't be allowed in the stadiums, but each match will come to you through CBS All Access.

The subscription service will stream all seven remaining 2019-2020 UEFA Women's Champions League matches. CBS All Access is also the new home to the men's UEFA Champions League and UEFA Europa League, and is slated to continue streaming over 300 matches per season of the club competitions through 2024.

*LOOKING FOR A UEFA WOMEN'S CHAMPIONS LEAGUE MATCH THAT'S ON LIVE RIGHT NOW?*
Subscribers can go directly to the UEFA Women's Champions League page on CBS All Access and enjoy!

Who's playing in the UEFA Women's Champions League when it restarts on CBS All Access?
Some of the best women's sides will compete for the trophy, including Lyon (FRA), Bayern (GER), Arsenal (ENG), Paris (FRA), Barcelona (ESP), Atlético Madrid (ESP), Wolfsburg (GER), and Glasgow City (SCO).

That means we'll be seeing elites on the pitch. Lyon's Lucy Bronze, UEFA's 2018-19 Women's Player of the Year, is looking to help the club to its fifth straight title—and seventh in a decade! Wolfsburg's Pernille Harder aims to lift some more silverware of her own, after the prolific scorer helped her side to their fourth consecutive German title. And Arsenal's Vivianne Miedema heads into an anticipated showdown against PSG as the league's top goal scorer this season, just one goal ahead of Lyon superstar Ada Hegerberg in the race for the Golden Boot.

How will UEFA Women's Champions League resume and where will matches be played?
The COVID pandemic interrupted the 2019-2020 season following the Round of 16, which was concluded as scheduled.

Traditionally, each team would face the same opponent twice (home and away) in the knockout rounds through the semifinals, known as a two-legged tie.

Unique due to this year's circumstances, the quarterfinals and semifinals will be played as a straight knockout tournament (single-legged fixtures) using neutral sites in Spain instead of two-legged ties. The final will also be a single match. This year, due to the new schedule, it will be played at Anoeta, San Sebastian.

All contests will be played behind closed doors (meaning no spectators), so CBS All Access is your ticket for the best seat—wherever you might be! 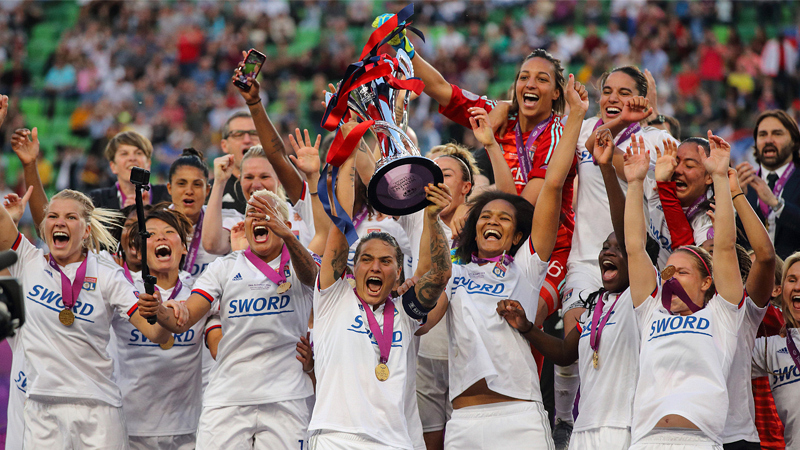 How can I watch UEFA Women's Champions League on CBS All Access and which device platforms does it stream on?
It's easy! Just sign up for CBS All Access, which is currently available online at CBS.com, on mobile devices via the CBS app for iOS and Android, and on Roku Players, Apple TV, Chromecast, Android TV, Xbox One, PlayStation 4, Fire TV, Samsung Smart TVs, Comcast Flex, Facebook Portal, Vizio Smartcast TVs, LG Smart TVs, Amazon Prime Video Channels, and Apple TV channels. 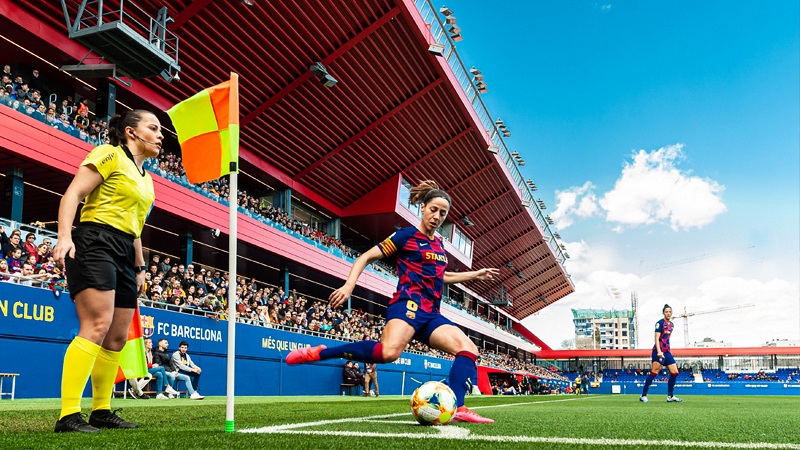 Of course, you can stream all current CBS Primetime, Late Night, and Daytime shows. Those current primetime series include NCIS, FBI, The Amazing Race, SEAL Team, All Rise, Young Sheldon, Bob Hearts Abishola, Evil, and The Unicorn, plus upcoming new series like B Positive, The Equalizer, and Clarice. You'll also get every prior season of 14 hit CBS series on demand, including Survivor, NCIS, and Hawaii Five-0.

Sign up for CBS All Access and enjoy this wide range of entertainment, including all the UEFA Women's Champions League action!